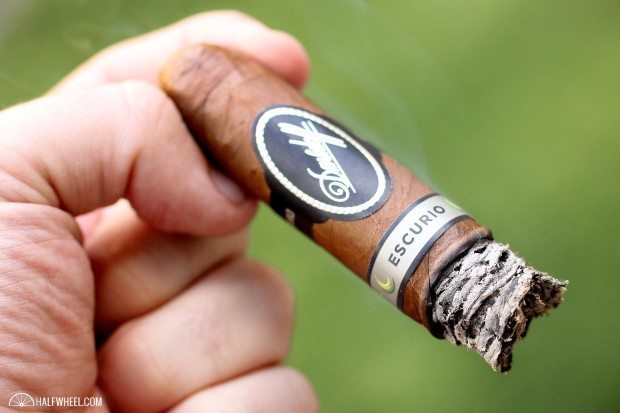 There was a time not too long ago where it seemed like Davidoff would forever remain entrenched in the Dominican Republic. After the brand left Cuba in 1991 and moved operations to the Dominican Republic, they became almost synonymous with it and the flagship white label line seemed to exemplify the new Dominican Davidoff taste.

Then in 2013, Davidoff Nicaragua happened. The company took a bold step and brought one of the most popular tobacco producing countries into its portfolio, all while updating the look of the Davidoff portfolio with a new black label on one of its premium offerings.

Jump ahead two years to June 2015, and Davidoff has show off the second black-banded line, this time using Brazilian tobacco and called Davidoff Escurio. 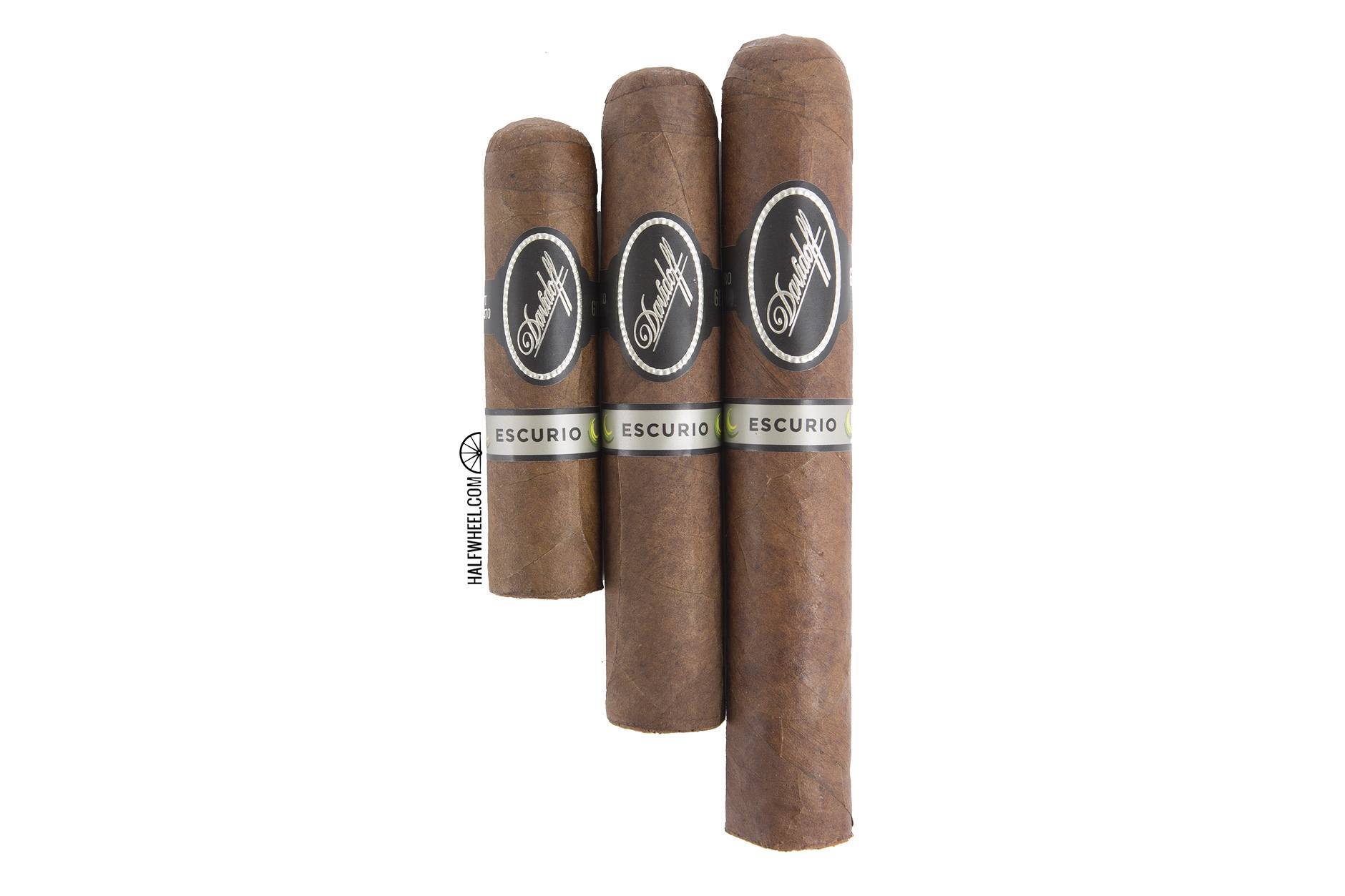 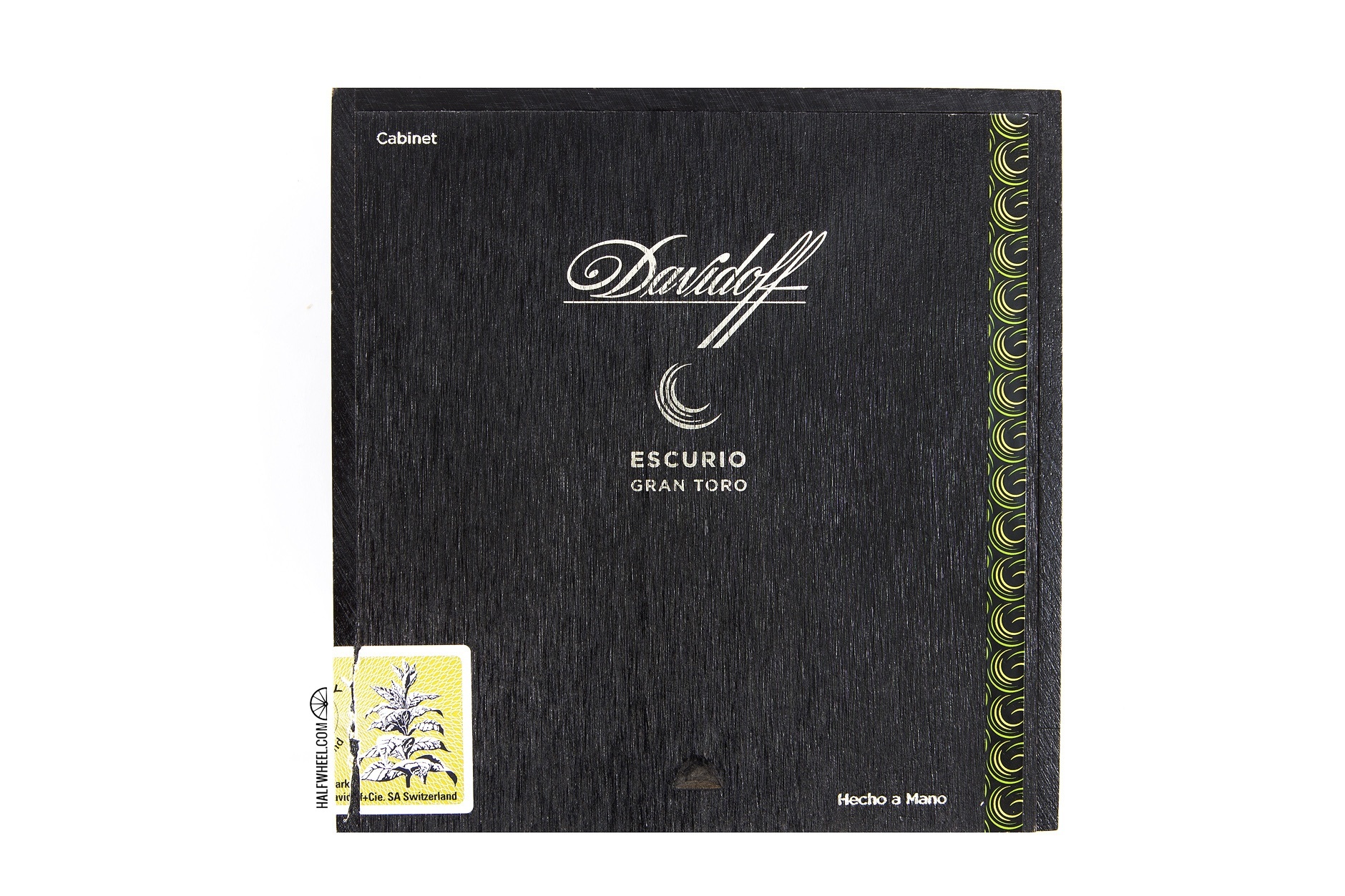 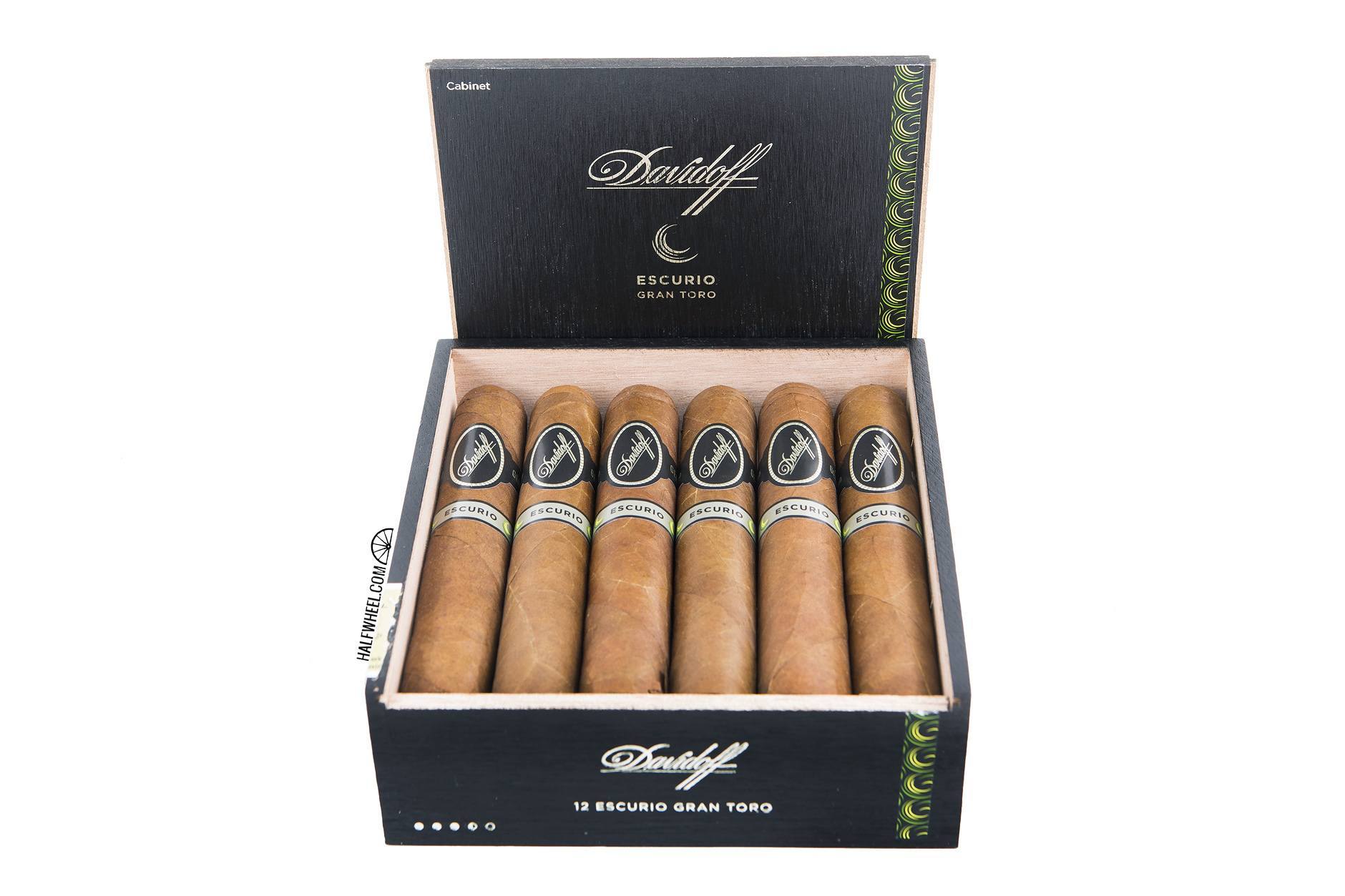 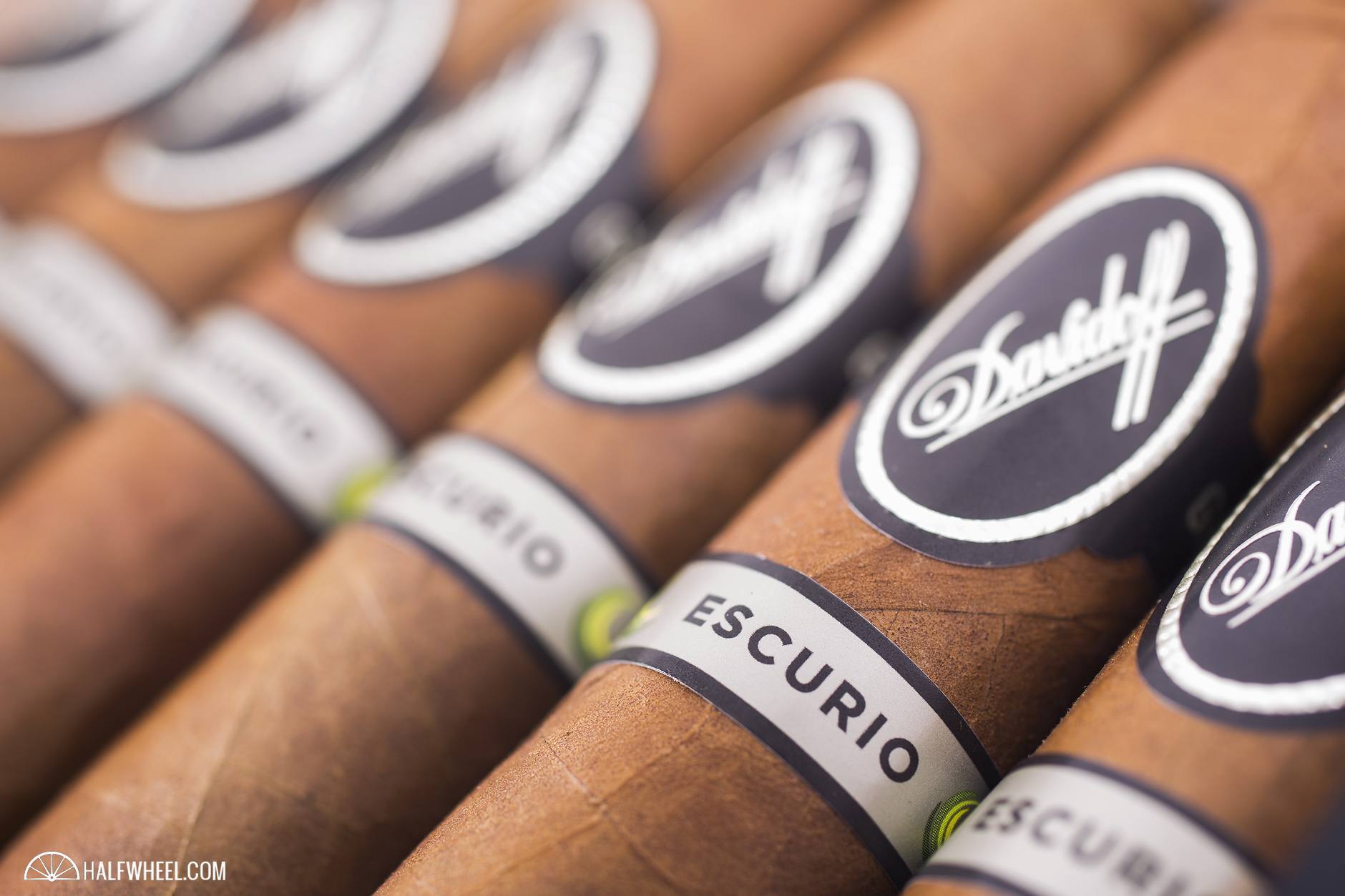 The official unveiling of the cigar was held on June 25 in Miami, and it won’t be long before it shows up on retail shelves. Davidoff will have the Escurio featured at its booth at this week’s IPCPR Convention & Trade Show in New Orleans, La., with shipping to begin shortly after that, meaning it should be in your local retailer’s humidor by the end of the month. 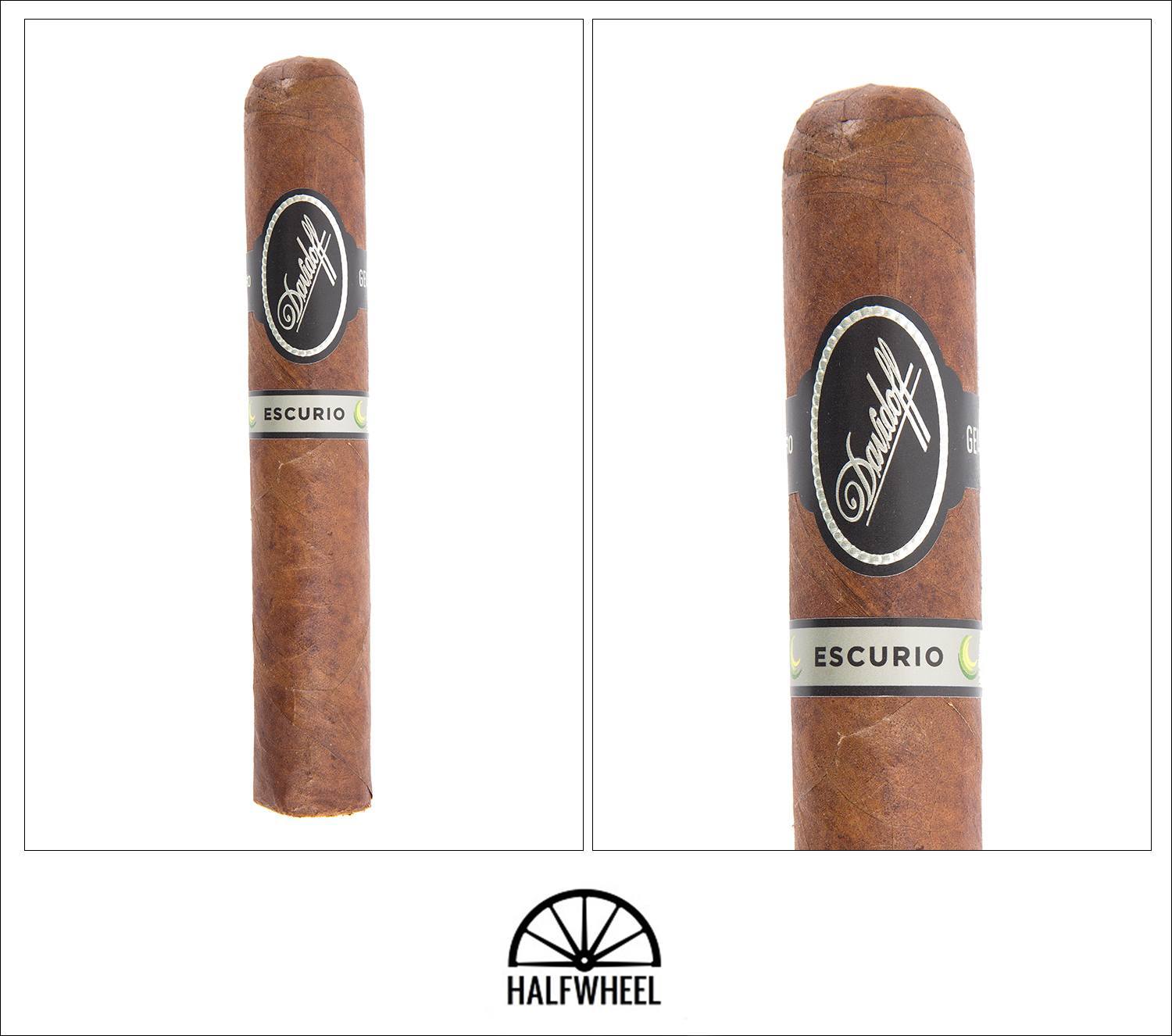 It should come as no surprise that the Davidoff Escurio has a near flawless visual presentation; the bands are both familiar but signal that this is a new cigar with the black and silver main band and the new silver secondary band. At certain points, the wrapper almost looks Cuban based on the vein lines; they have a bunched and stretched look that I don’t generally see from tobacco grown off the island. It’s a firm cigar with no soft spots, with the top leaf offering a bit of soft texture for the fingers thanks to some tooth that isn’t immediately noticeable but stands out if you look closely enough, and a milk chocolate brown shade to it. From the foot I get a sweet and spicy combination that is bright and complex, with a dry and woody note that varies in its intensity, and in one sample was the leading aroma. The cold draw is just a touch open and air flows a little too freely; it feels like the notes of cedar, Asian spices and bright fruit sweetness are getting diluted as they almost come across as lingering remnants rather than a properly plated presentation.

There is quite a bit going on in the opening puffs, and I feel as if I’m tasting signature characteristics of all of the tobaccos being used: sweet and spicy from the Brazilian; the woody and slightly salty Dominican, and a good bit of  well-placed pepper that is more lingering than overpowering, but it certainly doesn’t glance over the palate. A few retrohales tend to put the pepper a bit more towards the front and isn’t quite as complex, but it is still very enjoyable and awakening. The burn is by and large very good; one cigar had a spot it couldn’t quite burn through but otherwise it has been fine with plenty of smoke and a draw that is just slightly loose. I don’t find many changes in the first third, though the Escurio has given me more than enough to chew on with its complexity, so I’m not complaining. The flavor stays balanced while teasing that a pepper bomb could be just a puff or two away, yet it doesn’t arrive—at least not in this portion. 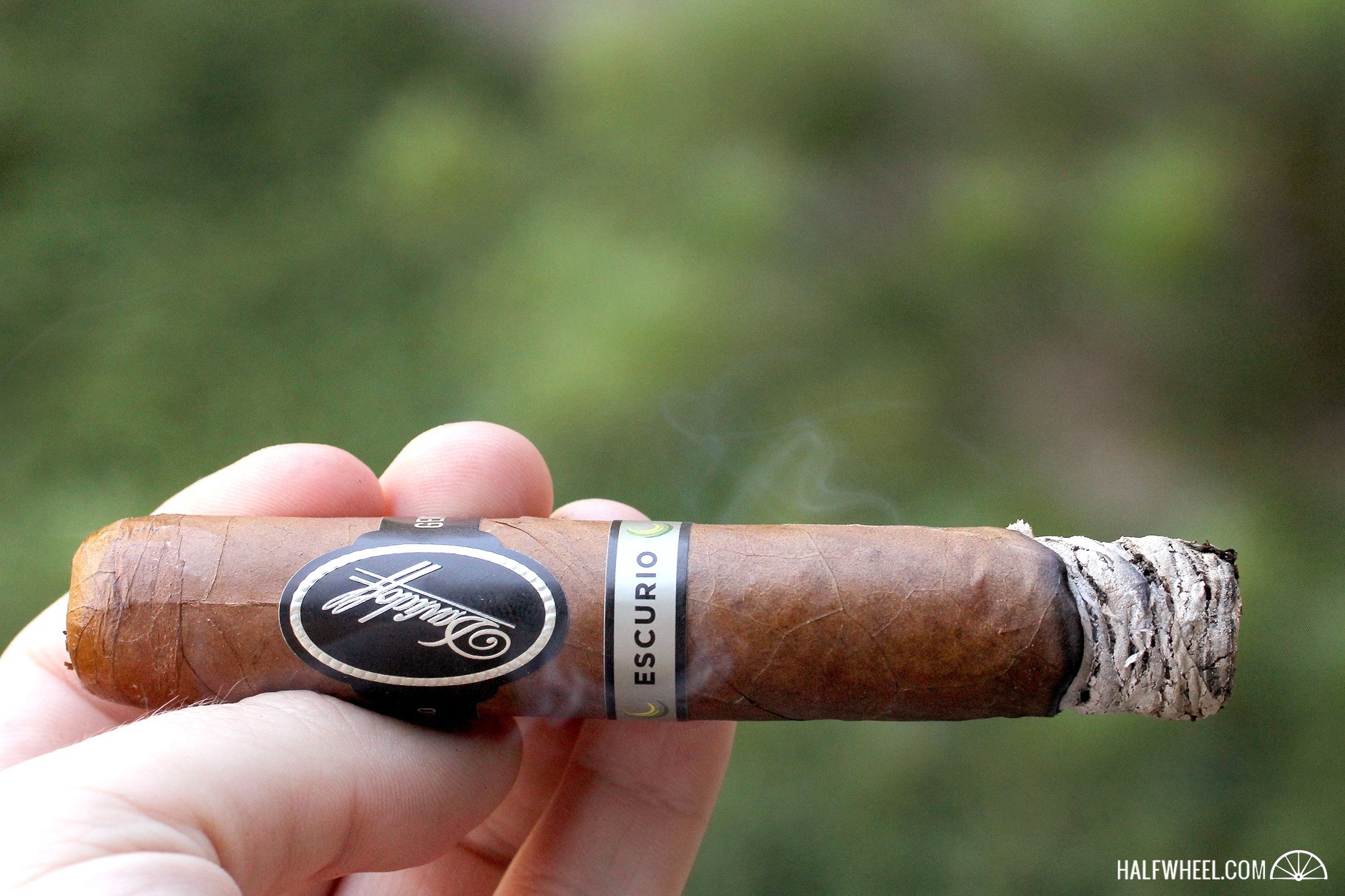 Shortly after its second third begins in earnest, the Davidoff Escurio takes a small but important step forward in strength, as the pepper becomes a bit heartier and richer, pushing the overall flavor to do the same. It continues to maintain a fantastic balance, giving all of the flavors equal chance to shine while not overwhelming the palate. A retrohale right at the midpoint is bright and laden with white pepper, a bit thin but offering plenty in the way of stimulation. At times the wood becomes the leading note past the midway point, a subtle variation in the consistent flavor profile that the cigar presented in the first half, and which results in the Escurio giving off a dry, mouth-tingling sensation. While I hadn’t noticed it much in the first third, the burn rate is certainly quicker than I would have thought for a cigar of this size, and what I though to be a two-hour stick will come in well under that mark. 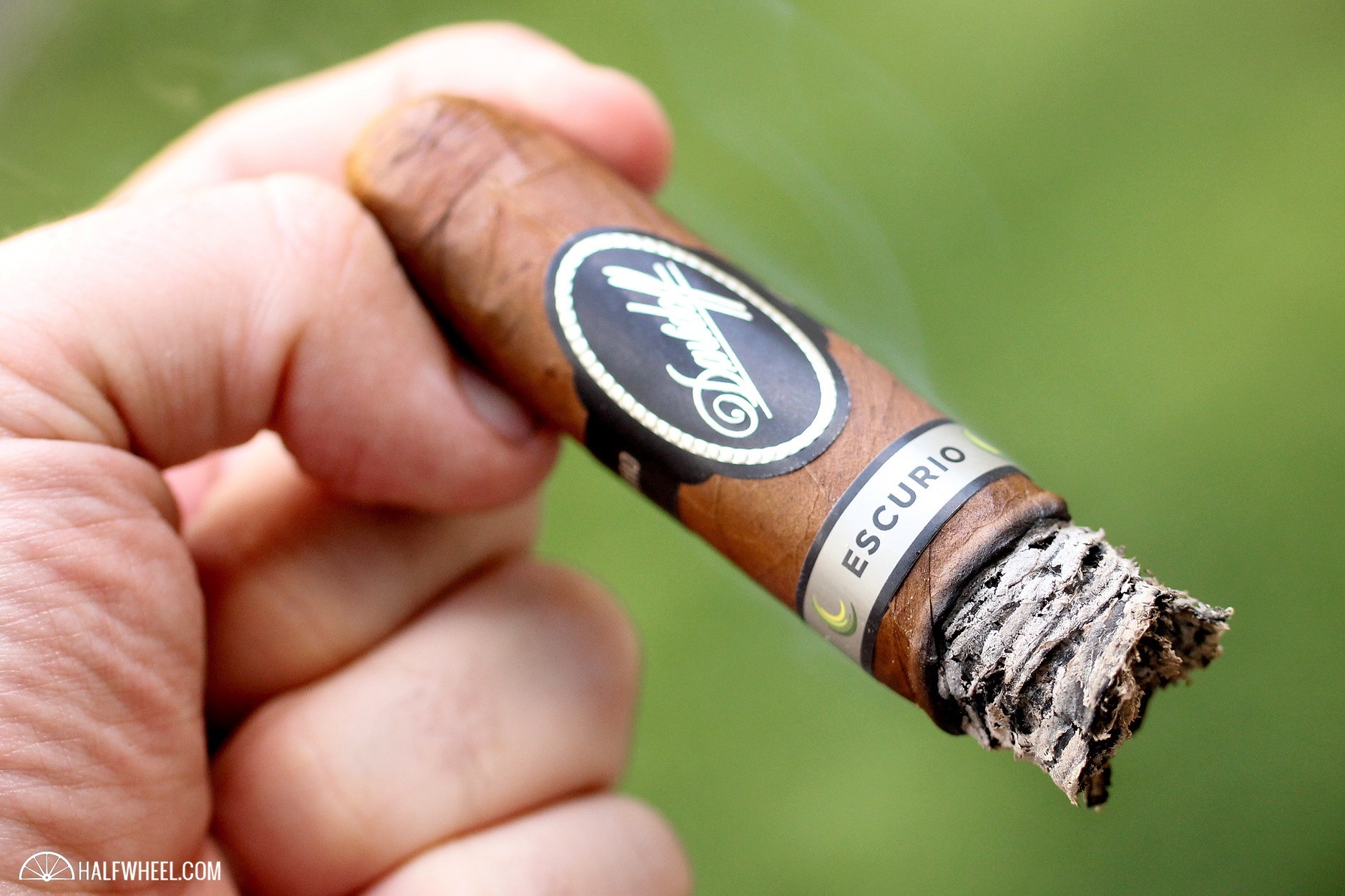 The final third brings about even more forwardness from the flavors, and at times it can be a bit too much. While it’s not harsh, there’s a red chili pepper flake intensity that the cigar leaves behind on the palate, and while I have no problem with a good lingering flavor, this particular one is not only too much but it throws off the otherwise near-perfect balance the first two thirds achieved. It forces me into a bit slower smoking rate, and I find myself reaching for some water or club soda to accelerate the cleansing of the palate. Retrohales are still as punchy as ever and will likely be too much for some, an unfortunate casualty to a part of the cigar smoking process that generally helps to bring out the nuances of the flavor. Even in its final inches, the Escurio never becomes heavy on the palate, staying full flavor and medium in body, and it burns evenly (with the exception of one cigar), offering plenty of smoke. There is just a bit of harshness at the end, cutting the smoking time short as the cigar still has an inch or so to go. 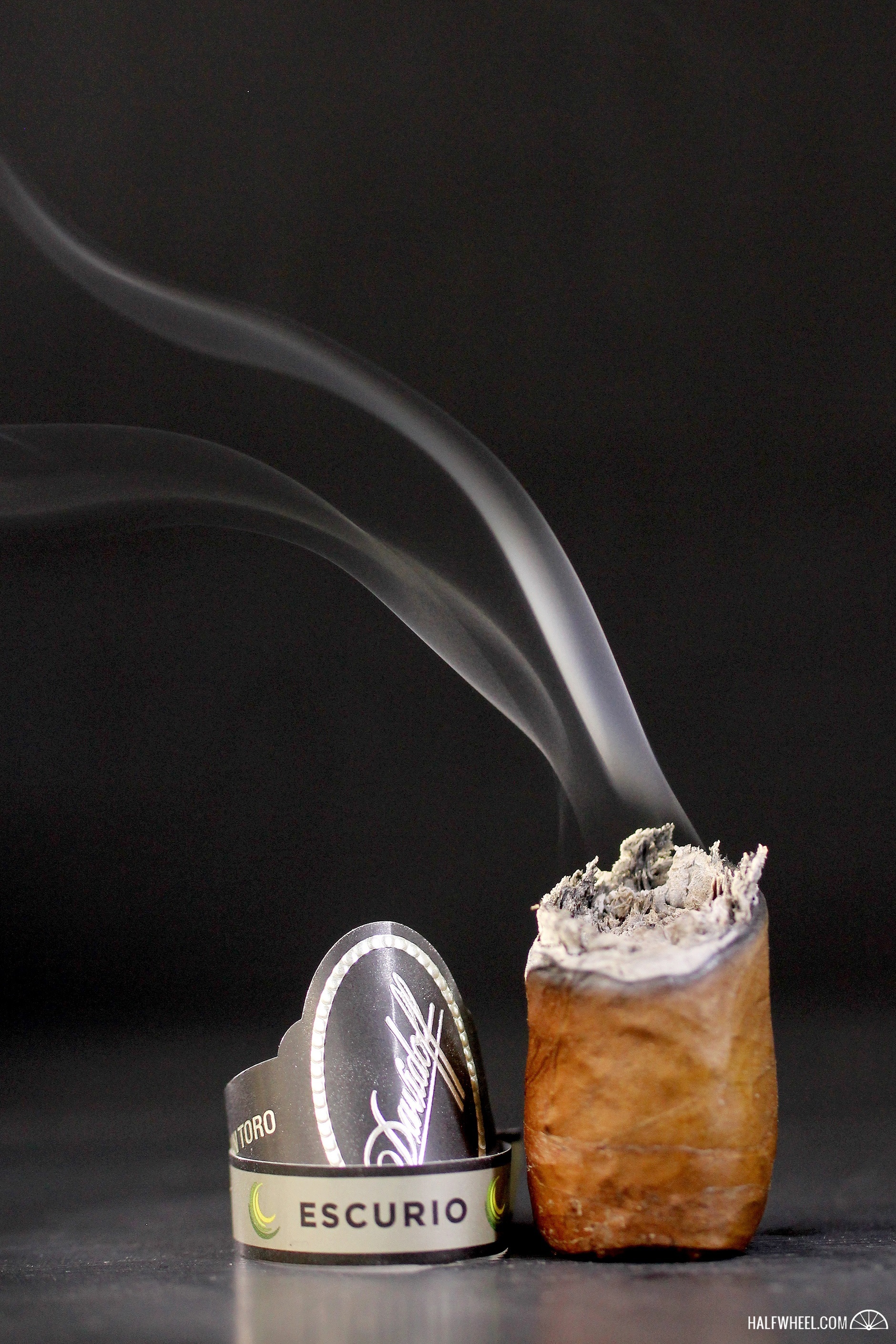 The Davidoff Escurio Gran Toro had me locked in and ready to sing its praises for the first two thirds, but the final third had me rethinking just how much praise I could heap on it in good conscience. While the last few inches aren't a complete disaster, they undo the beautiful balance and presentation the first four or so inches delivered. Yes, the draw was a bit loose on every sample, but I'd be willing to overlook that pretty easily given the way the flavors and complexity were executed in the first half. While I'm not crazy about any of the sizes, I think you'll get a good idea of what this cigar has to offer pretty well from either the Gran Toro or Robusto; just be prepared for a rough landing that may have you reconsidering a return trip on this journey to Brazilian tobacco.