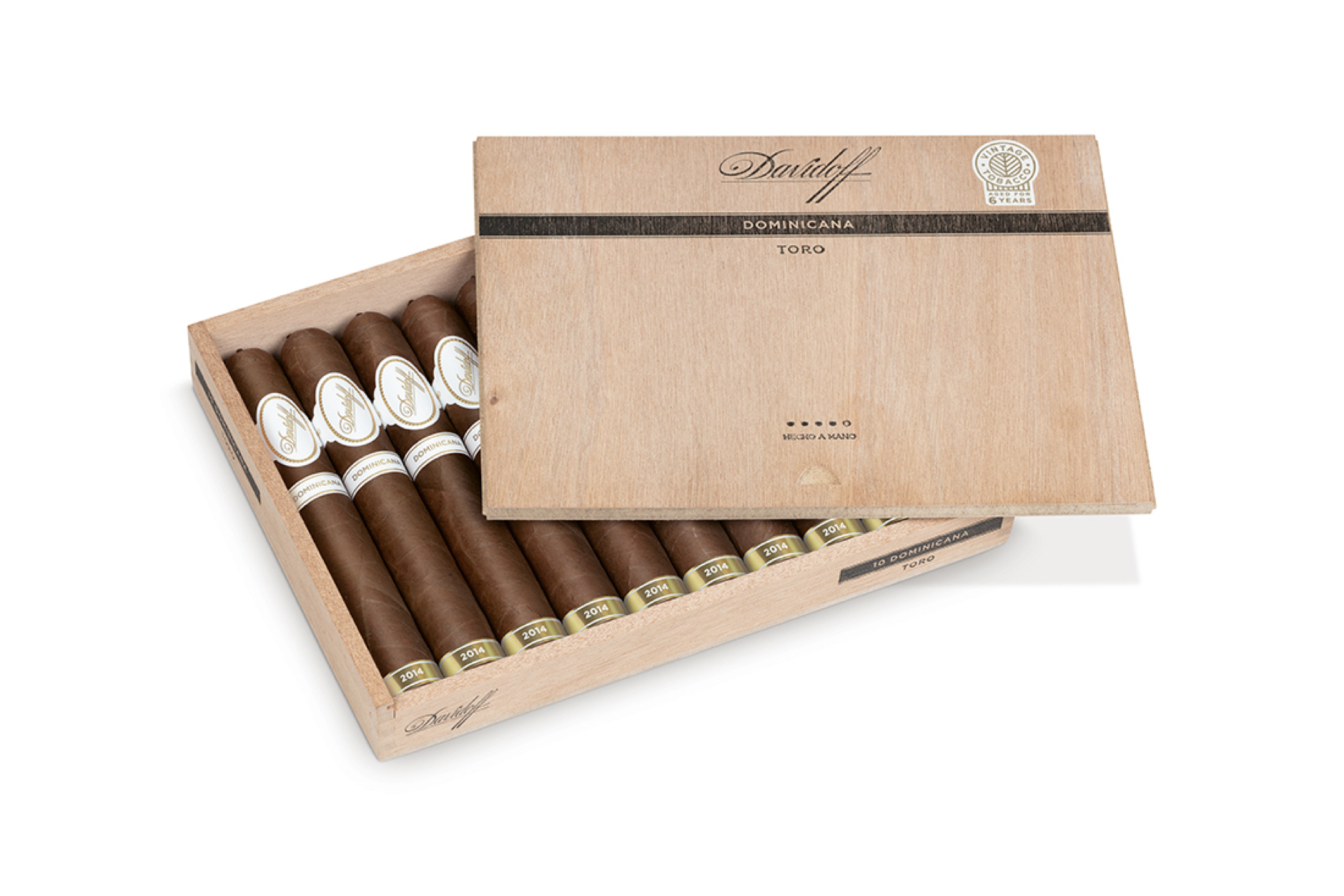 Davidoff is paying tribute to its adopted home of the Dominican Republic with a three-size line that will begin shipping next month. Both the boxes and foot bands denote that the tobacco used is from the 2014 harvest.

The company says that the cigars were rolled over a year ago and have been aging for at least 12 months prior to their release. It is a limited release, though Davidoff has not announced how many cigars have been made. All three vitolas feature a pigtail similar to the one used on the discontinued Davidoff Puro d’Oro. The blend for the Dominicana is not the same as the Puro d’Oro, which was a Dominican puro.

It’s unclear whether Davidoff plans on making this an annual release with different vintages of tobacco.

Davidoff says the cigars will ship to stores worldwide next month.