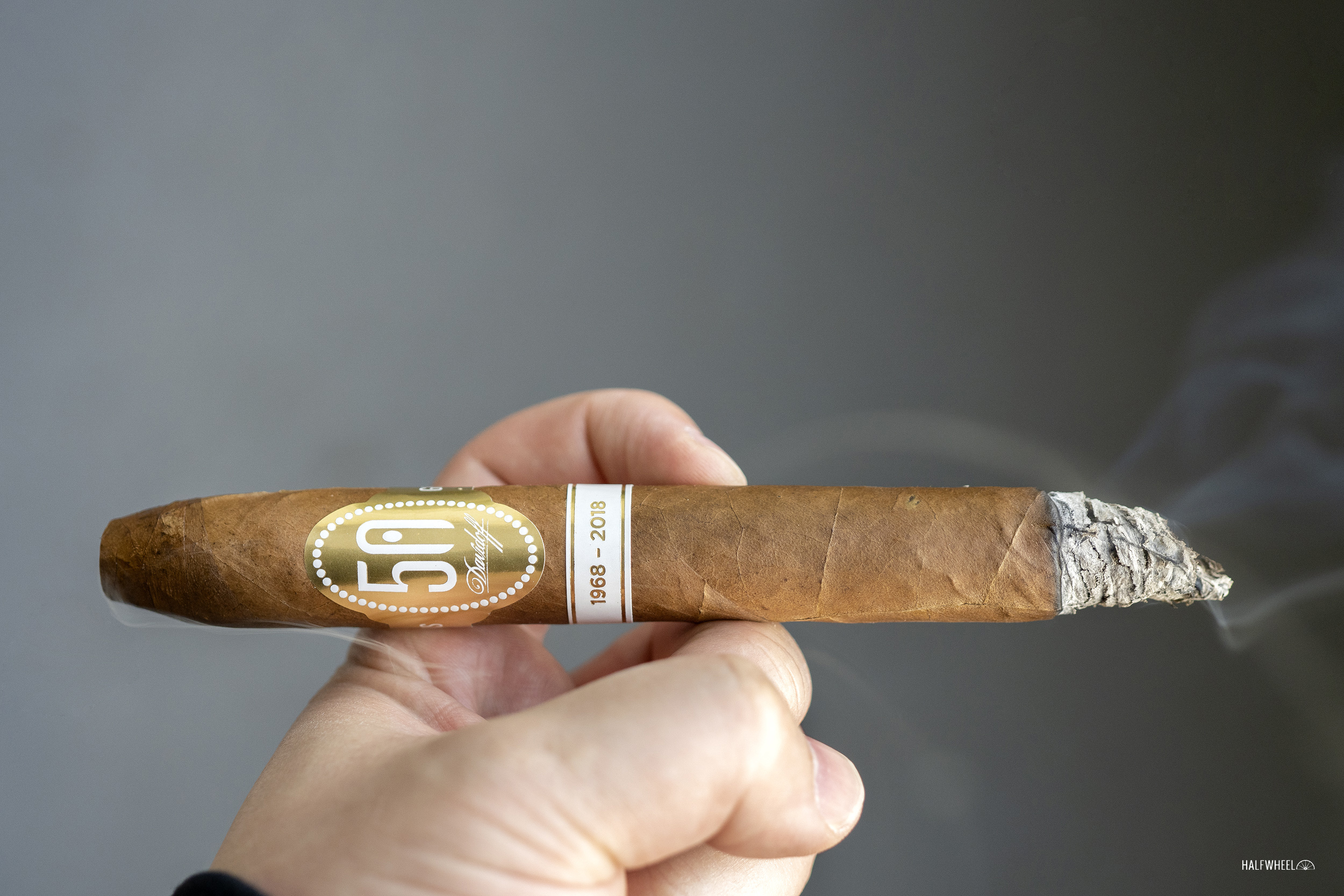 Over the last few years, Davidoff has repetitively reached back into its archives to rerelease some of its most celebrated cigars. This started in earnest in 2018 in two different ways. One is the Davidoff Vault Series, where the company rereleases cigars in small quantities—almost all in paper bundles of 10 cigars—and usually to a limited number of stores.

The other has been a more widespread approach of rerelasing cigars as national and international releases, sold in boxes and in much greater quantities. There’s a particular reason this started in 2018, it was the 50th anniversary of the Davidoff brand and the 30th anniversary of the AVO brand. To celebrate those events, the company remade three of its most sought-after releases from the past: 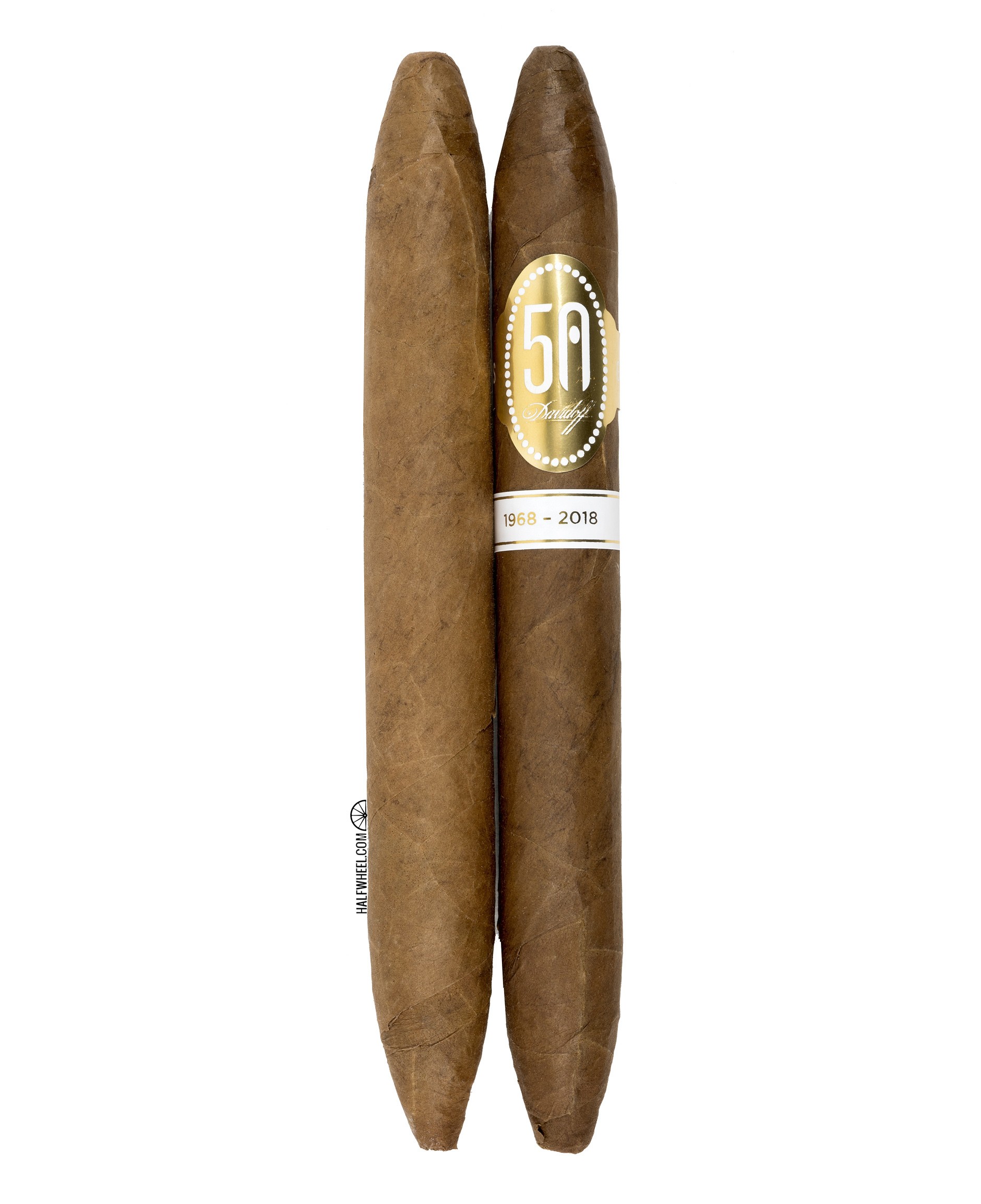 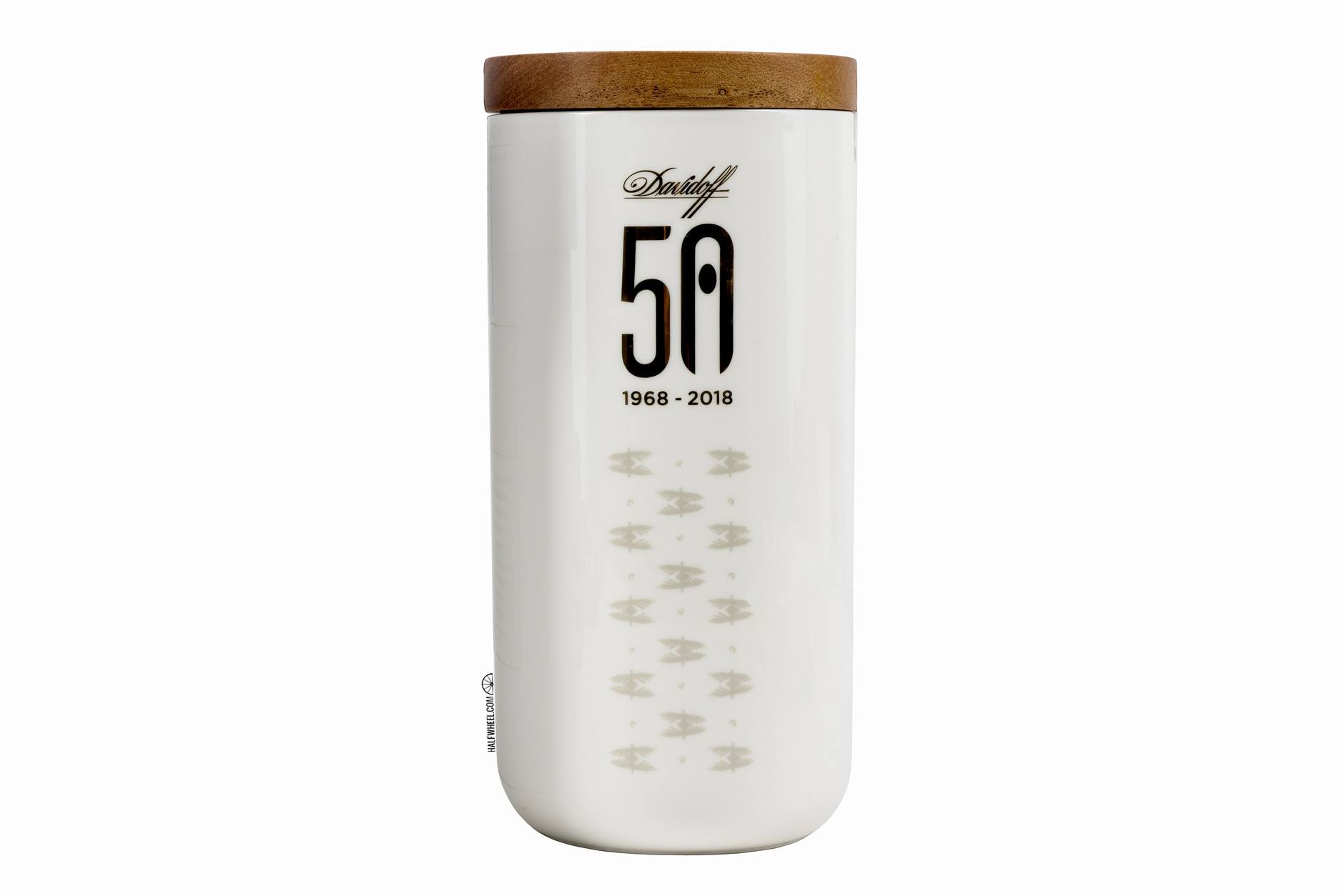 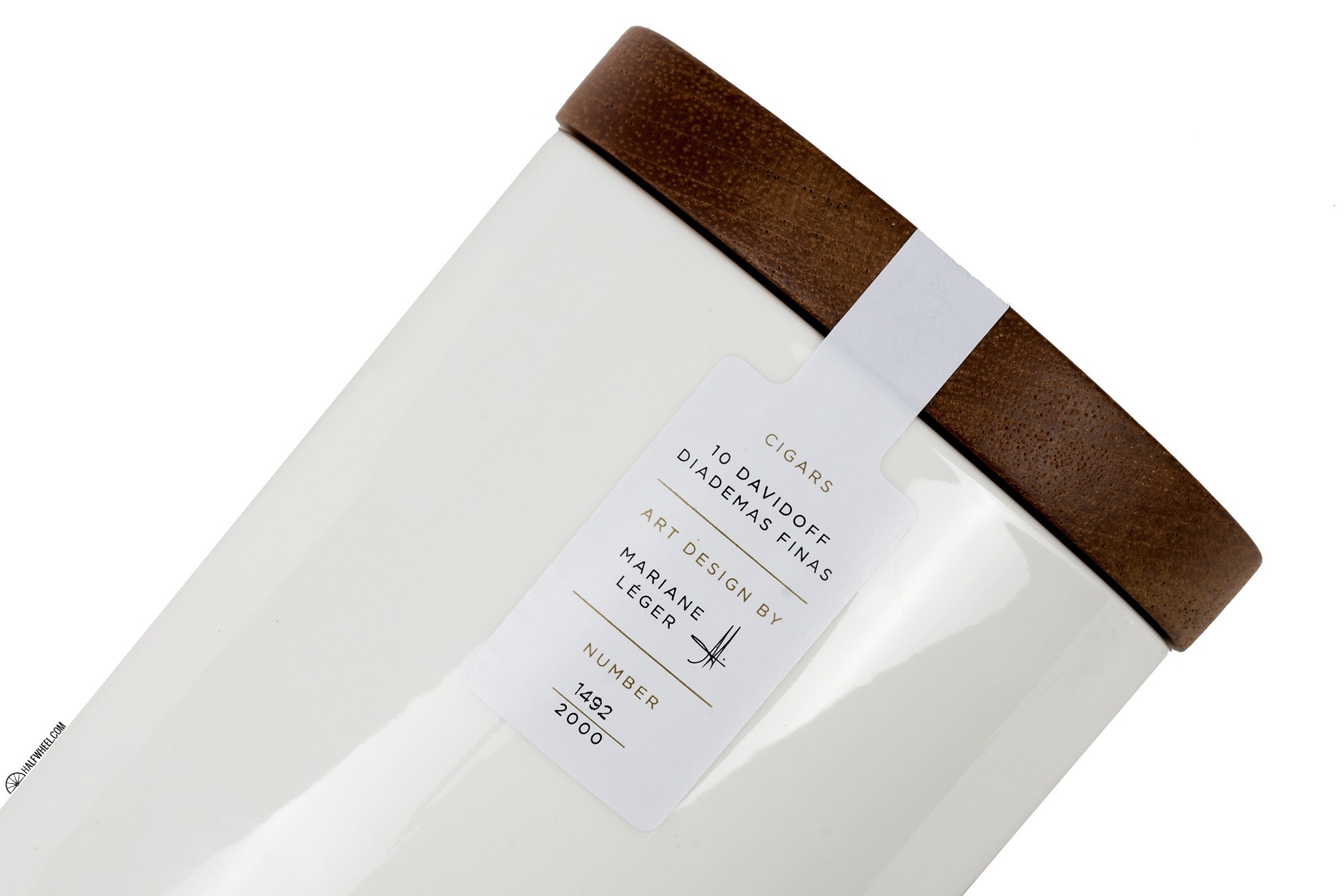 While the company never disclosed the blend of the original Diademas Finas, it said the new release used an Ecuadorian habano wrapper over a Dominican olor seco binder and Dominican fillers from 2005. It also changed the packaging, most notably packing the cigars in jars of 10, of which there were four designs. Rounding out the new changes were special main and secondary bands to mark the 50th anniversary celebration.

After finishing my tasting notes, I sat down and started writing a bottom line text, as I always do. That version started: I did not smoke the original Diademas Finas when it came out, but I cannot imagine this is what it was like. After finishing the rest of the paragraph, I read my review of the Diademas Finas and was surprised. Every indication is that the cigar I smoked in 2018 could turn into the one I reviewed a few years ago, a magnificent cigar with eight years of age on it. I’m not sure if that’s what will happen here, but it’s certainly an easy to imagine the possibility and one that I will prepare for by buying a couple jars. 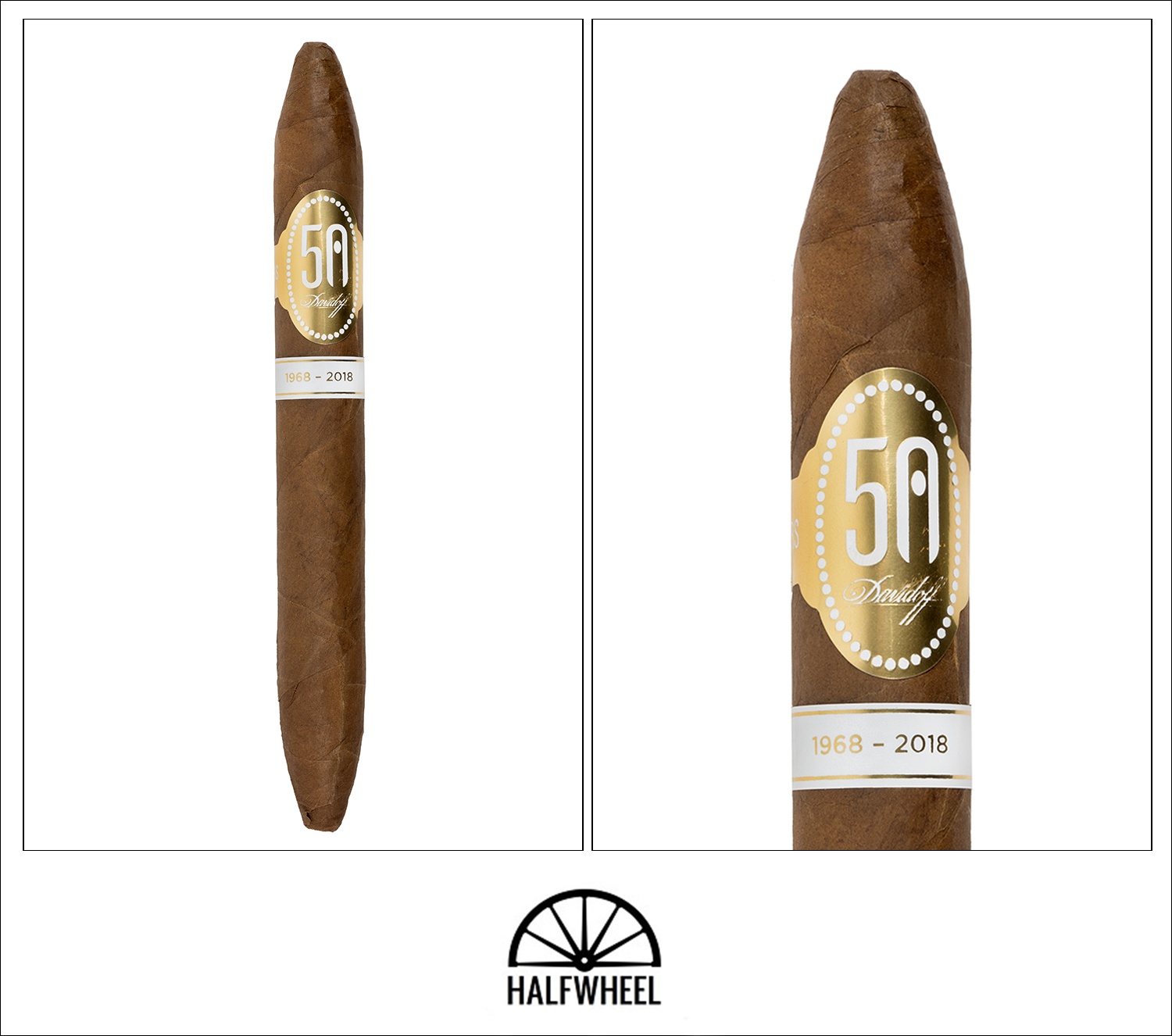 While the cellophane has dulled a bit, it’s not showing any signs of yellowing. Once removed, I’m surprised that despite Davidoff’s reputation for pretty-looking cigars, this isn’t the prettiest of wrappers. While the shape of the cigar is masterfully well done, the actual wrapper has some obvious imperfections and a heavy dose of veins. The aroma from the wrapper has barnyard, leather, graham cracker and some yellow mustard, around medium-full. The tiny foot produces big notes of graham cracker alongside mild cocoa, pecans and some generic sweetness. The cold draw is full in intensity and has a plethora of flavors: graham cracker, leather, coffee, ketchup, generic sweetness, a touch of root beer and a tingle of a wasabi-like sting on the tip of my tongue.

As soon as the first bit of smoke hits my palate, I know I’m in for a good afternoon. There’s nuttiness, hickory, coffee, leather, mild sweet tea and white pepper. The flavors seem to want to layer on top of one another almost like a procession, one hits my taste receptors and a half-second later there’s another one. The graham cracker sweetness that is present before the cigar is lit quickly takes the top spot among the Davidoff Diademas Finas Limited Edition 50th Anniversary’s profile, joined by some toastiness, key lime, wheat, mild amounts of the Davidoff mustiness I associate with olor tobaccos and a touch of olive oil. The main flavor finishes with nuttiness, lemon zest, graham cracker and a mild amount of chocolate. While many of the flavors are vibrant and easy to pick up, there’s also quite a bit of the profile that I’m unable to decipher beyond describing it as an earthy mixture. Retrohales have white bread and a bit more olor than the regular puffs. They finish with earthiness accented by key lime, the olor-associated mustiness and leather. Flavor is full, body is medium-full and strength is medium-plus. While construction is generally fine, the ash begins to fall off pretty quickly and I wish the draw was a tad bit tighter. 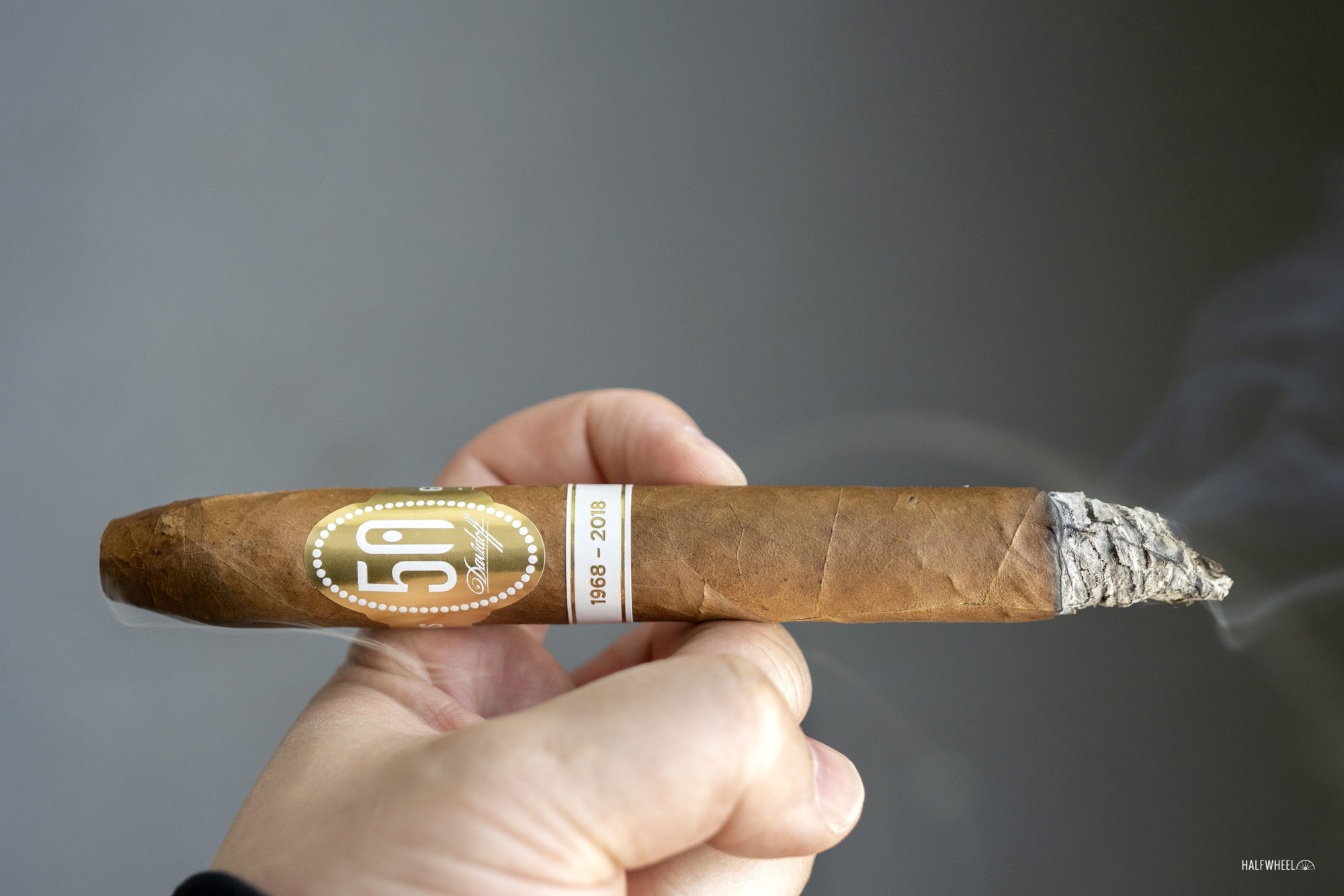 The second third of the Davidoff Diademas Finas Limited Edition 50th Anniversary adds hickory, Cognac and pita bread to the profile. While most of the flavors from the first third are still present, almost all of them—with the exception of earthiness—are greatly reduced. The finish has key limes, hickory, leather, wheat and creaminess, then after about three seconds, black pepper begins to coat the profile. Retrohales are crisper than before and have pita bread, olor, acidity, and a cola-like sweetness. Flavor is full but declining, while body and strength are medium-full. The final third has more of the musty flavor, though it’s buried underneath earthiness, graham cracker and hay. There are other flavors like black pepper, coffee beans and a toasted flavor. It finishes with lots of black pepper over toastiness, earthiness, saltine crackers and a generic bread flavor. Towards the last inch-and-a-half, I pick up floral flavors in the retrohale, the first time that’s happened throughout the cigar. In addition, there’s some black pepper, toasted flavors and basil. Flavor picks back up to where it was in the first third—solidly full—while body is now full and strength remains medium-full. I make three touch-ups over the course of the second and final thirds, all due to reduced smoke production.

The Davidoff Diademas Finas Limited Edition 50th Anniversary was an excellent cigar when it was released and after nearly three years, it remains fantastic. Perhaps more exciting, I don’t think the cigar has hit its peak. There are times in which some of the flavors haven’t seemed to fully unravel themselves, but those flavors that are fully resolved are enough to make this a great cigar. As someone that still has more loose singles and a full jar, I’m thrilled with how well these cigars have aged. While the touch-ups will negatively impact the score, I doubt anyone smoking these at home—including me if I wasn’t reviewing it—would care at all.