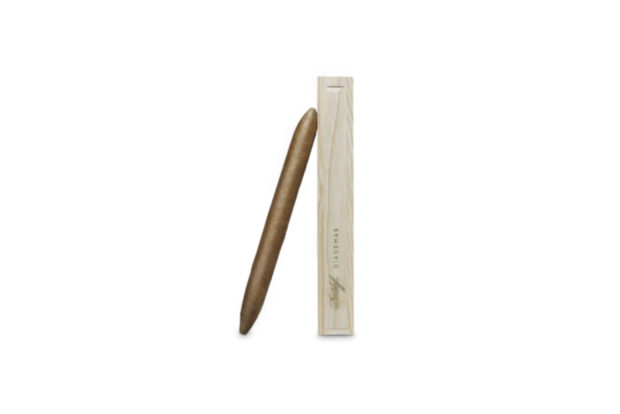 Davidoff of Geneva has announced the next release in its Vault series, the Zino Davidoff 100th Anniversary Diademas 100.

The cigar, a gigantic 9 1/4 x 55 figurado, was first released in 2006 in celebration of the 100th anniversary of Zino Davidoff’s birth, alongside the Diademas Finas which last year returned to celebrate 50 years of Davidoff cigars, and the Robusto 100. The original cigar was limited to just 250 cabinets of 50 cigars, each cabinet priced at $2,300.

Like the original release, it uses an Ecuadorian habano wrapper over a Dominican binder and filler of five different tobaccos from the Dominican Republic. The original release’s blend was rather notable, as reported by Richard Carleton Hacker for Robb Report. Hacker wrote that he was told by Henke Kelner that the binder of the original release dated back to the 1992 and 1993 vintages, which were not only high quality but also came with the possibility that Zino Davidoff himself might have touched some of it prior to his death in January 1994. Additionally, the tobaccos used in the Diademas 100 received between 7-13 years of aging, while the Diademas Finas, a similar release, used tobaccos aged from 3-4 years.

The cigars are priced at $750 for a box of 10 individually coffined cigars and will be sold through Davidoff’s online retail shop, as well as Davidoff of Geneva — since 1911 flagship stores. It is scheduled to go on sale on Thursday, May 16 at 10:30 a.m. EST.

The Davidoff Vault Series launched in late 2017 as part of a larger program called ACCESS, with the Vault Series serving as a way to release unique and rare blends, as well as re-release highly coveted cigars from the company’s archives. Earlier this year, the company released Revery, a previously unreleased blend.