I am admittedly a mark for modern-looking ashtrays, but at least I know I have a problem. Last year, Davidoff really tempted my credit card when it announced not only some interesting-looking modern ashtrays but also a modern-looking glass humidor. The price of the humidor, $8,950, was a bit too rich for even my upgraded humidor budget, but $225 for an ashtray was more than palatable. In June, some nine months after the products were announced, I realized that Davidoff’s online store listed the ashtrays in stock and I decided to purchase one for this review. 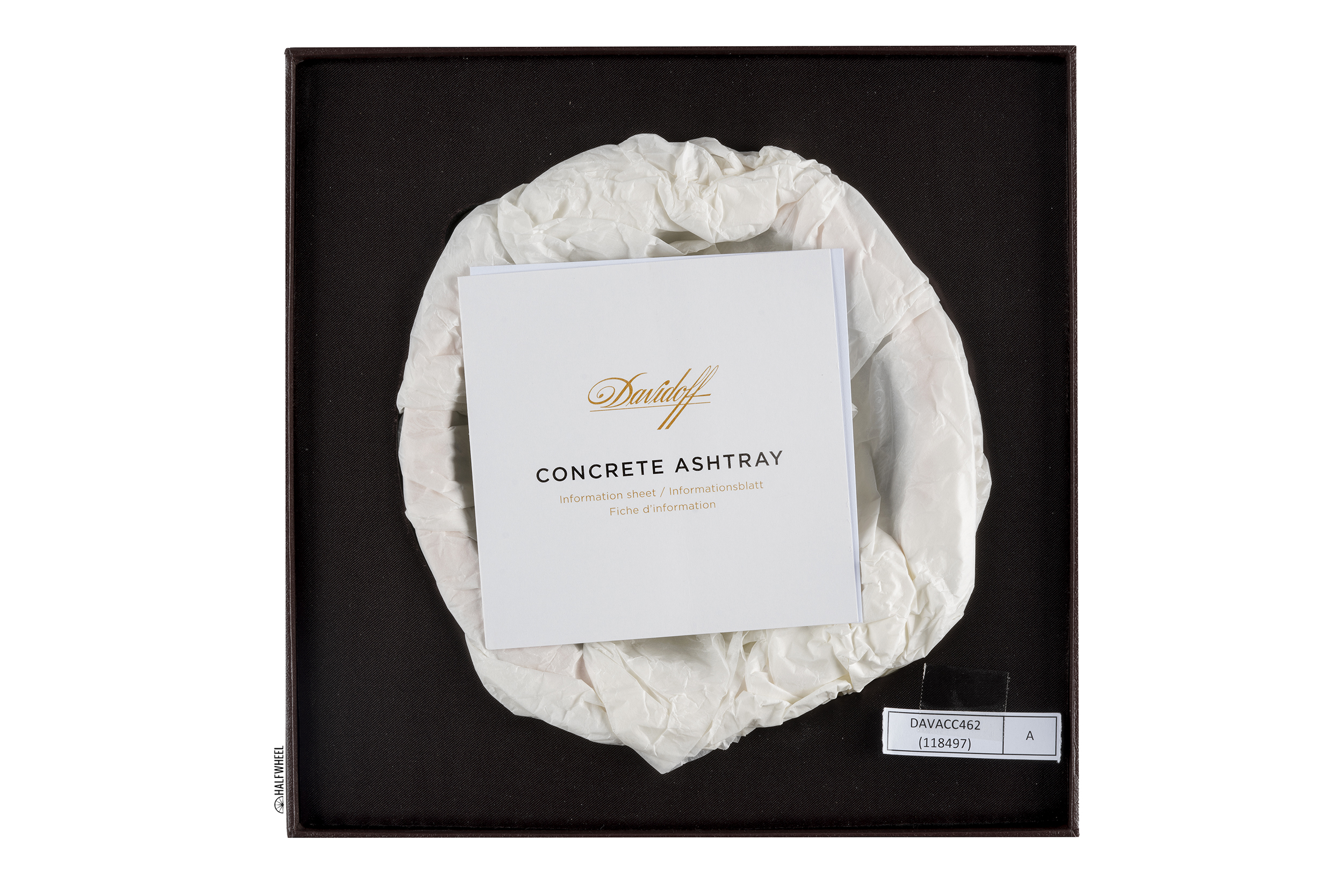 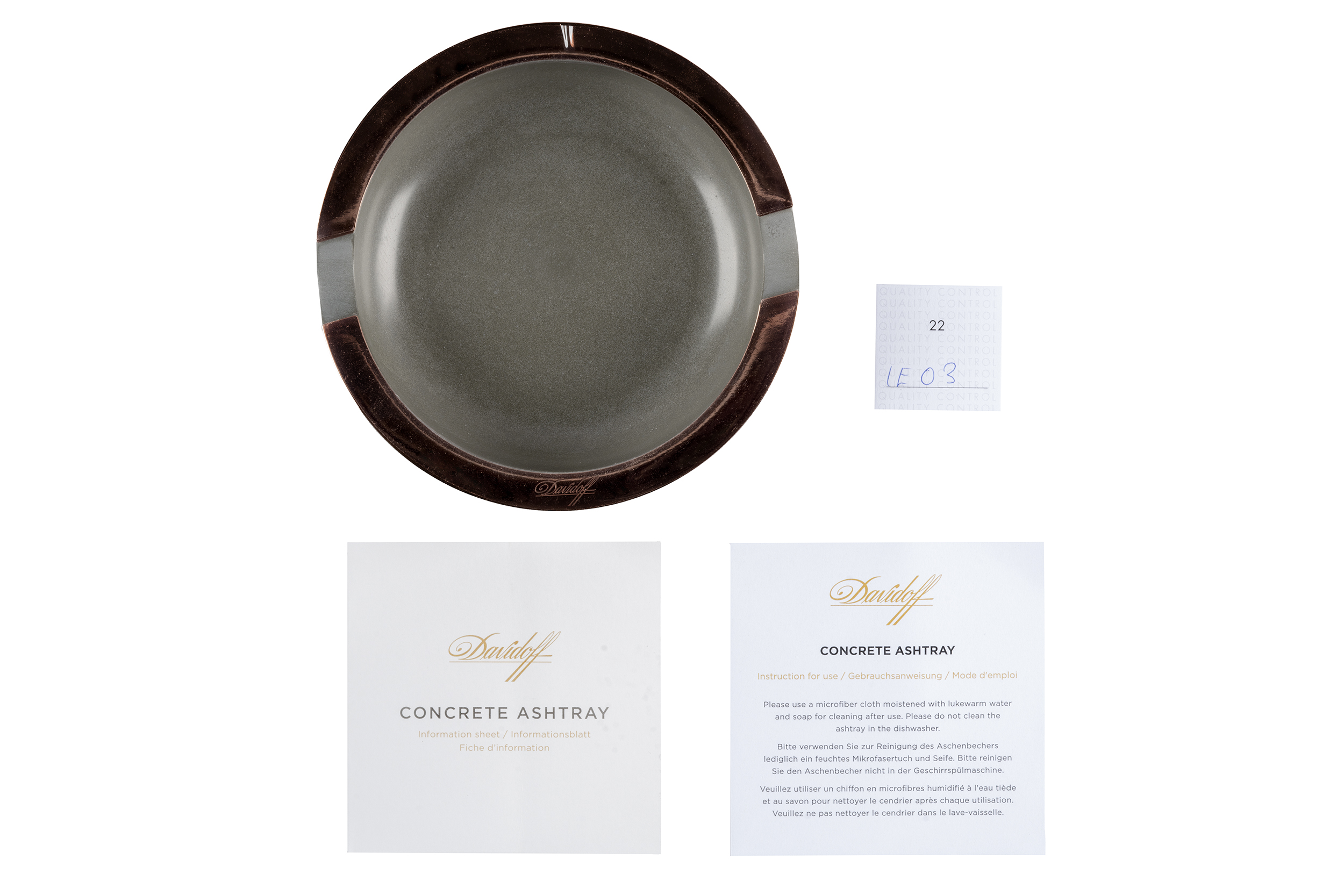 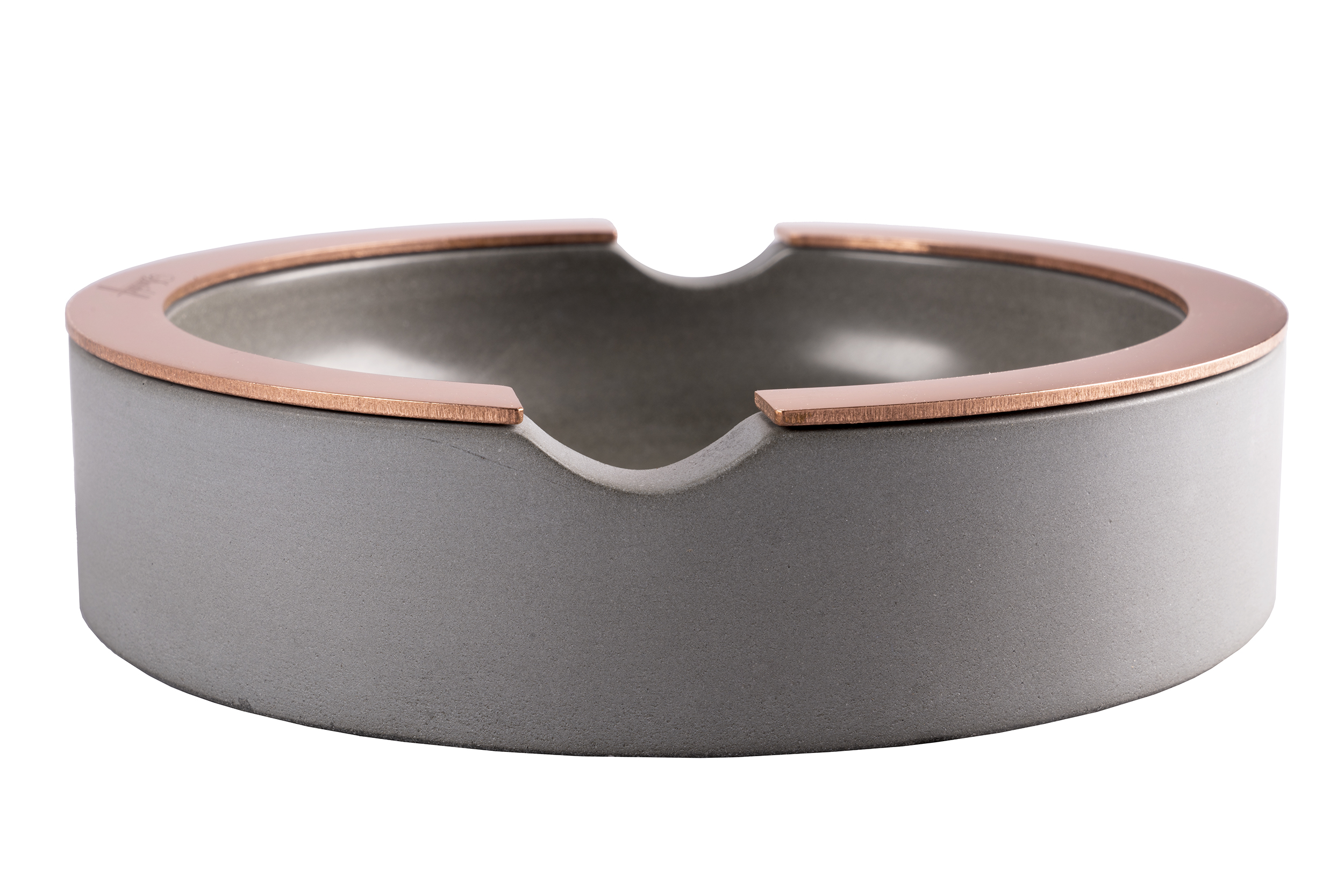 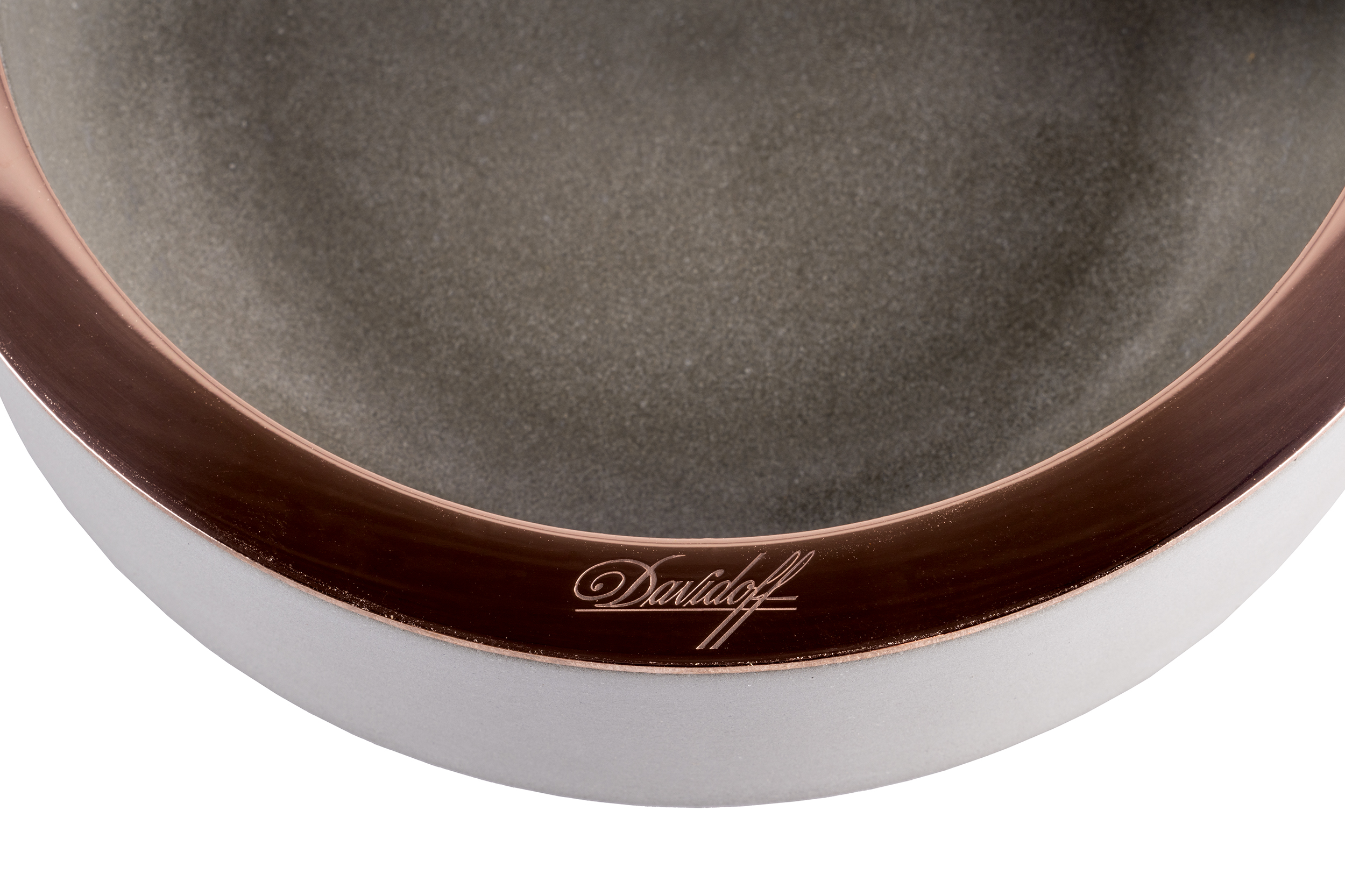 There are six different Davidoff Concrete Ashtrays—two different sizes and three different stone options. Each ashtray comes with two accent pieces, the small ashtrays have rose gold accent pieces, while the large models use yellow gold. So that means you can choose from:

The small ashtrays have two cut-outs for cigars whereas the large ones have places for four cigars.

I chose the small dark grey ashtray with rose gold accents. As far as the concrete, the outside and the cigar holder have a relatively smooth feeling concrete, though it’s clearly not polished, whereas the inside of the bowl both looks and feels polished to the point where the texture is nearly as smooth as glass. The rose gold accent pieces are placed near seamlessly on the rim of the bowl, stopping at the place where you would rest your cigar, meaning there are two of these pieces, one of which has a small Davidoff logo.

The bottom of the ashtray shows an even less finished concrete where scratches and discoloration are visible. There’s also four small felt feet and a rose gold medallion that indicates the ashtray was made in Europe.

It works like an ashtray, with maybe the one exception I’ve noted in the next section.

There’s nothing really special going on other than the patina that develops, which I would describe as mild. After four months of using this for most, but not all, of the cigars I’ve smoked there’s a bit of patina developed where the bottom of the bowl meets the interior walls. I suspect it’s due to a combination of the ash, the heat of the ash, and the cleaning products I use, but the overall patina is pretty mild and developing slowly. From a short distance, such as the distance of the ashtray sitting on a table in front of me, the patina is not immediately noticeable.

The accent pieces have developed some small scratches, though those aren’t all that visible in natural light. That said, these pieces are fingerprint magnets. Typically, the cigar rests of a two- or four-cigar ashtray are directly opposite another cigar rest, but not here. Davidoff positions the slots so they are off-center from one another, which means that when there are two cigars being smoked at the same time, the feet of the cigar—or the ash—won’t bump into the other one.

Davidoff uses this on a number of ashtrays including the larger Concrete ashtray. 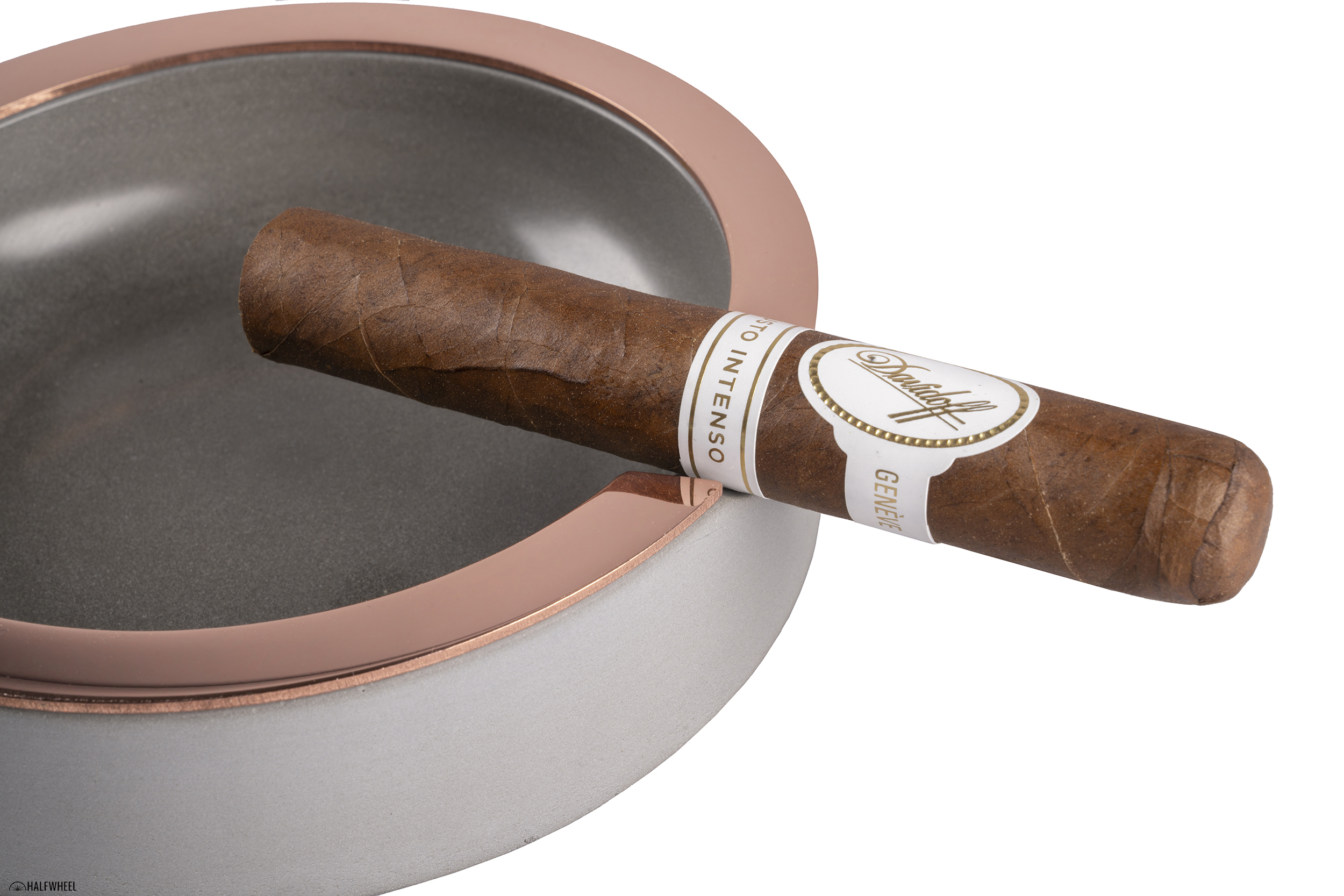 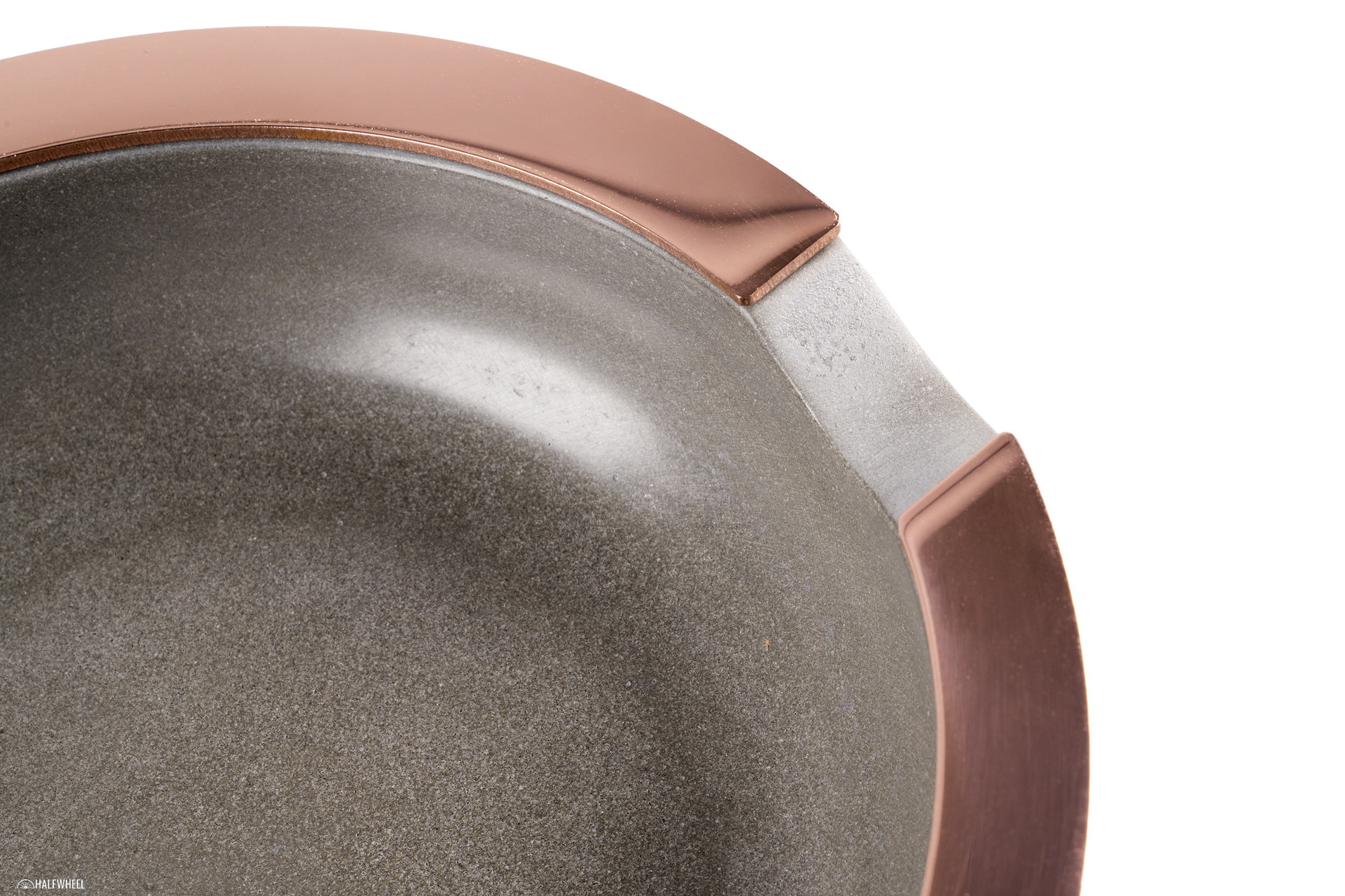 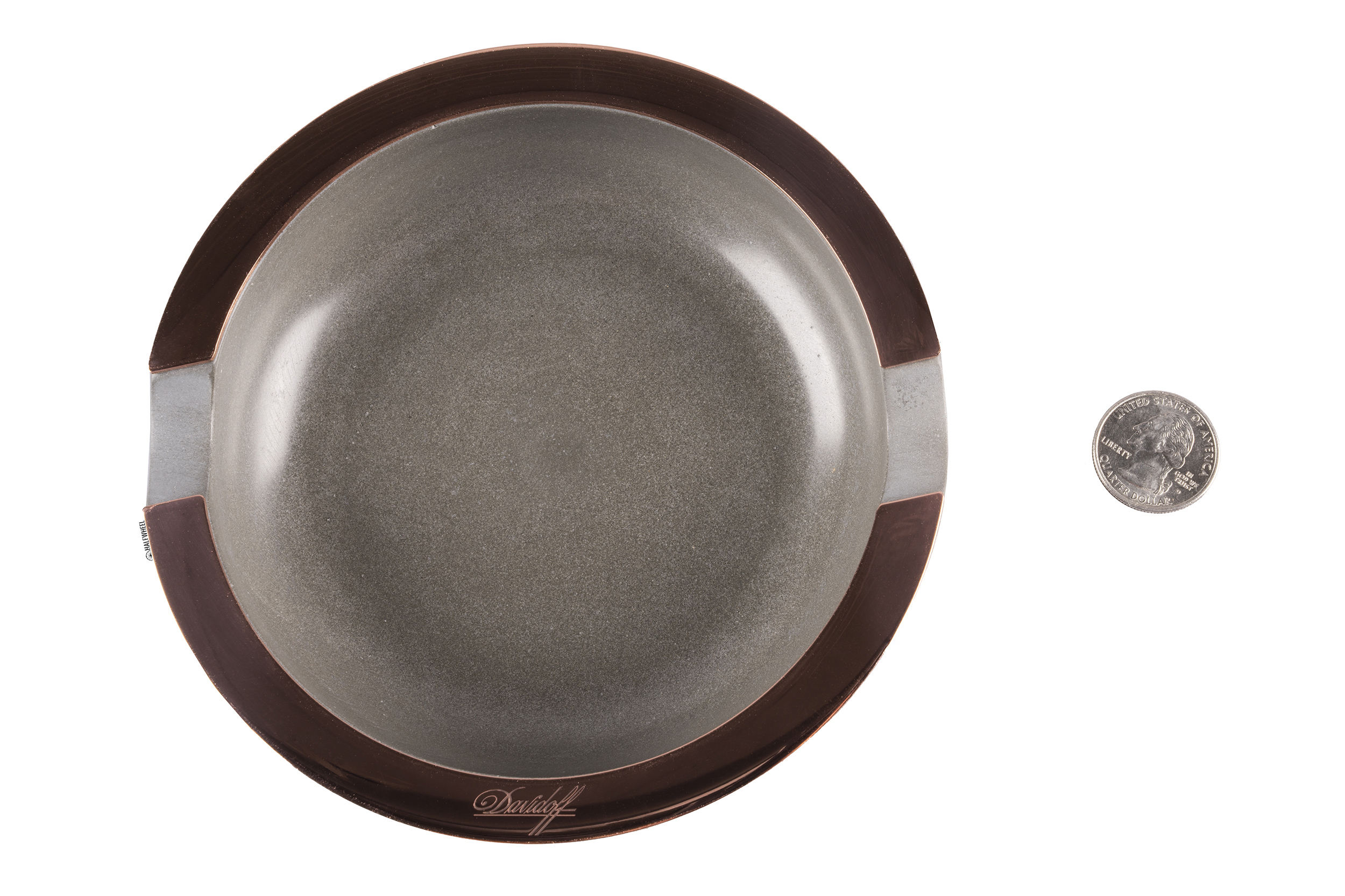 I wrote “Yes,” then deleted it and wrote “No,” then I deleted “No” and wrote “Yes” again and here I am pretty much on the fence. There’s nothing wrong with this ashtray other than its price, but then again compared to other luxury ashtrays, I actually like the value here. For me, ashtrays come down to three things: does it work, is it easy to clean, and do I like how it looks? The answer to those questions is yes, yes and yes. So it seems like the answer to this question should be yes. While I think that this is a decent value for the Davidoff name, as well as for the way that it’s made, etc., my issue with it arises if I shop this against the aforementioned ashtrays. If I want a concrete ashtray, the Les Fine Lames delivers that aspect at a third of the price. And if I want a $200+ unique-looking ashtray, the Czevitrum is in a different league. But the real kicker that led me to settle on “No” is that the last Davidoff ashtray I reviewed was a bit less money and a lot more interesting than this, and the next Davidoff ashtray will also probably be more interesting, though a bit more expensive than the Concrete Ashtray. Sometimes, it doesn’t pay to be the bed that Goldilocks chooses.