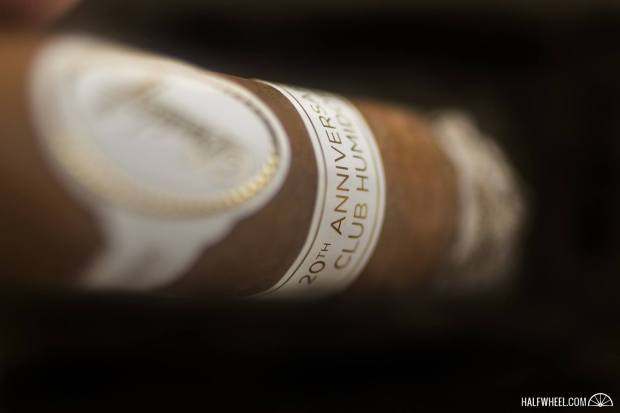 During the 2014 IPCPR Convention & Trade Show in July, Davidoff announced plans for an anniversary program that would give retailers who carry the company’s flagship White Label brand a way to commemorate anniversaries with a special Davidoff of their own.

Each year Davidoff will choose a specific size and offer it to Appointed Merchants who are celebrating major anniversaries. Charlie Minato described the program a few weeks ago:

We are told that the blends are not identical to existing Davidoff blends, for example, you should not be able to choose a Millennium Blend in a 5 1/4 x 54 format—and that multiple retailers could in theory choose the same blend. Each retailer must purchase at least 300 boxes of 10, although they can order more and the cigars are shipped at the same time.

There were four retailers that decided to take part in the program this year. 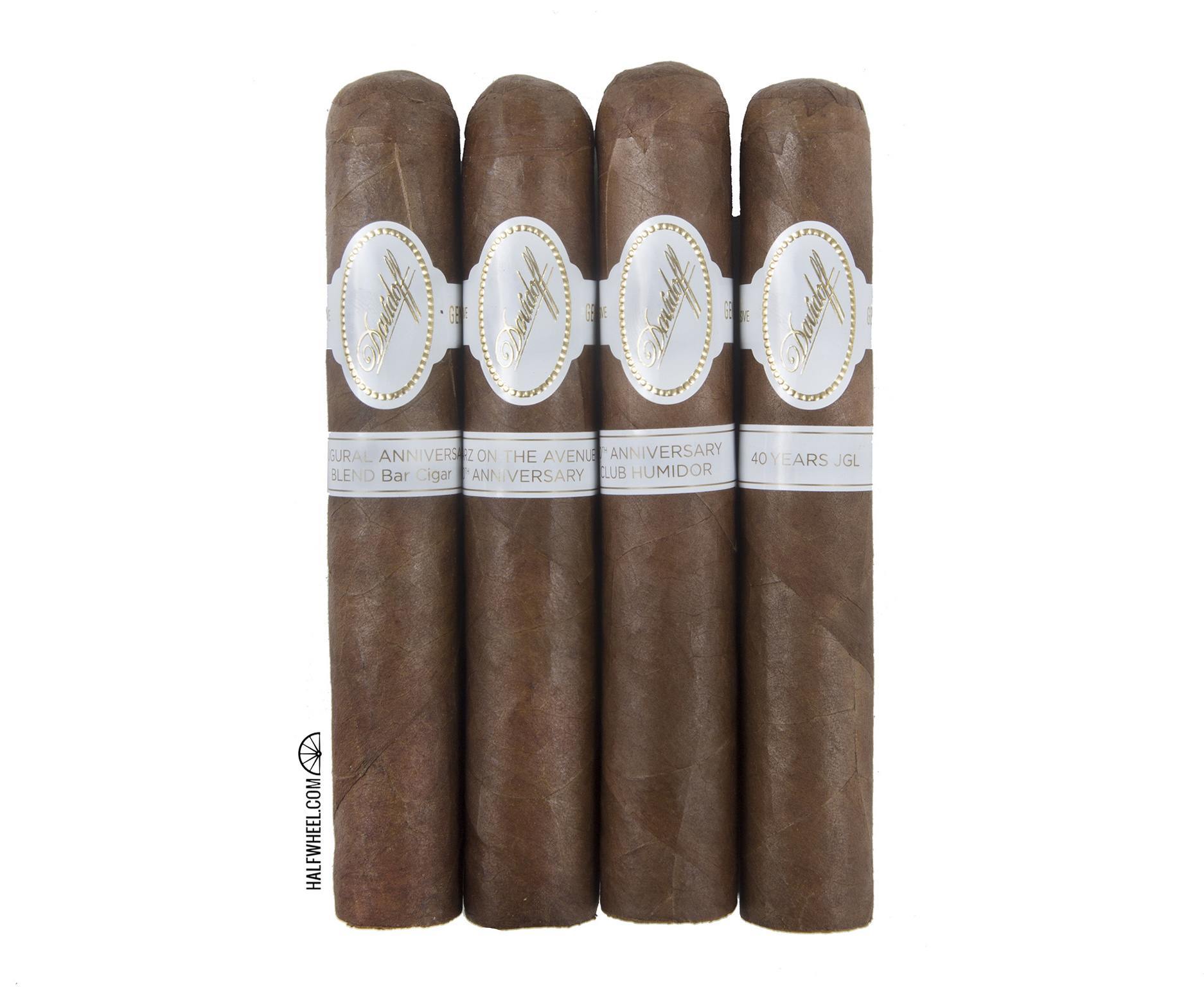 Keith Rumbo, who owns Club Humidor with his wife Tiffany, told us that he did not want to know the blend of the cigar. He and his staff simply smoked the available blends and picked which one they liked the best.

As the name implies, the Davidoff Club Humidor 20th Anniversary commemorates the San Antonio, Texas-based retailer’s 20th year in business. Club Humidor selected to have 300 boxes made and priced the release at $20 per cigar. It was introduced to customers on Oct. 11 at the retailer’s annual cigar dinner. 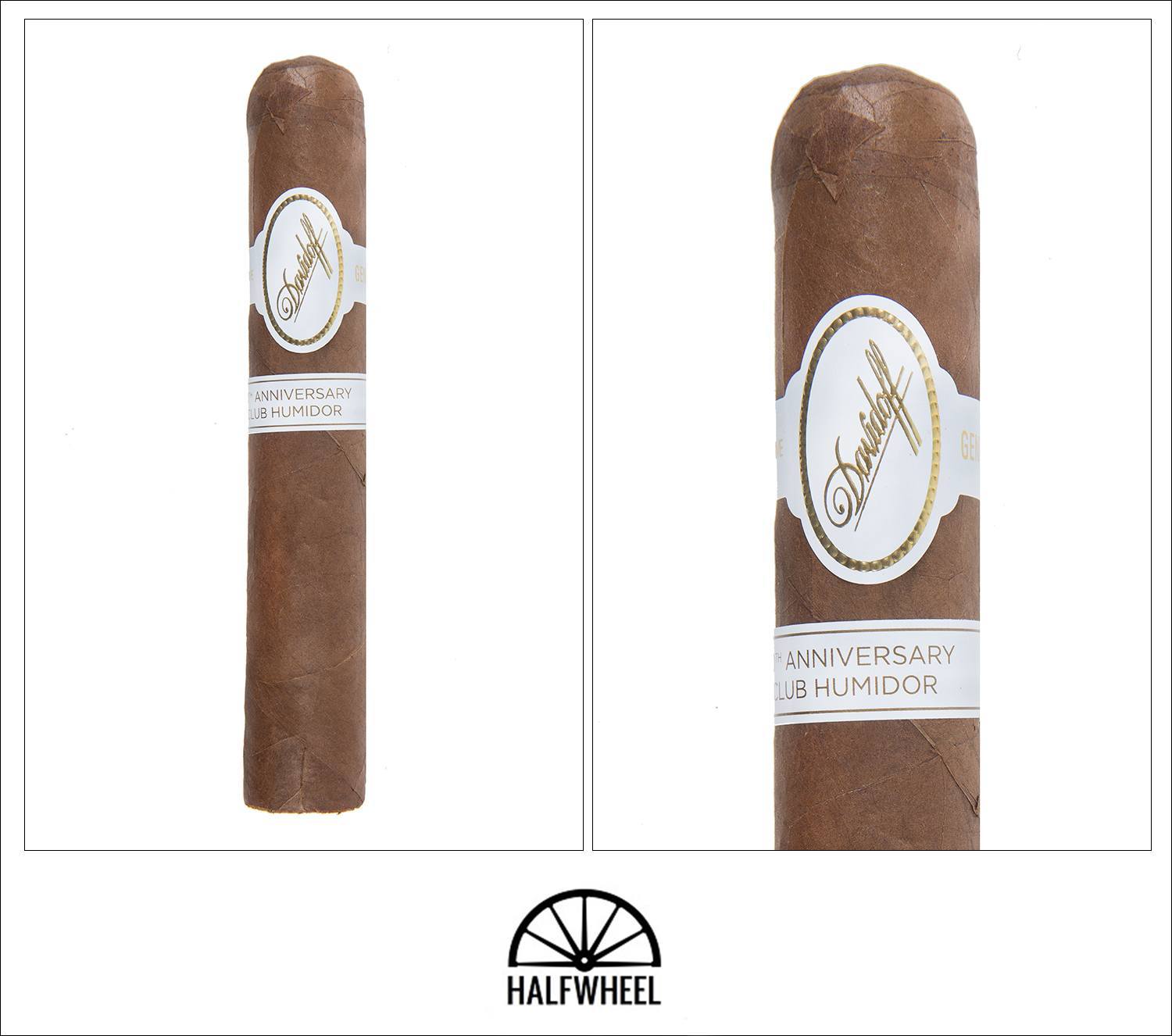 Covered in a golden brown wrapper that is parchment-like to the touch and shows almost no sign of oil, the Davidoff Club Humidor 20th Anniversary is just a tad spongy when squeezed. There are almost no seams visible at all, but there does seem to be some bumps running up and down the length. Aroma from the wrapper is a combination of barnyard, creamy nuts, hay, manure and white pepper, while the cold draw brings flavors of strong oak, leather, cinnamon and creamy nuts, along with a touch of spice on my tounge.

The cigar starts off immediately with a dominant flavor of creamy almonds interspersed with oak, along with lesser notes of leather, dark cocoa, barnyard and bitter espresso. I am noticing a touch of musky mushroom every once in a while, but it is fairly light so far. There is a nice, slight maple sweetness on the finish that seems to be getting stronger as the first third burns down and the smoke production coming from the foot is well above average so far. Construction-wise, the burn is excellent so far and the draw is just a touch loose, although not bad enough to detract from the overall experience. The strength is nearly non-existent so far and ends the first third closer to mild than the medium mark. 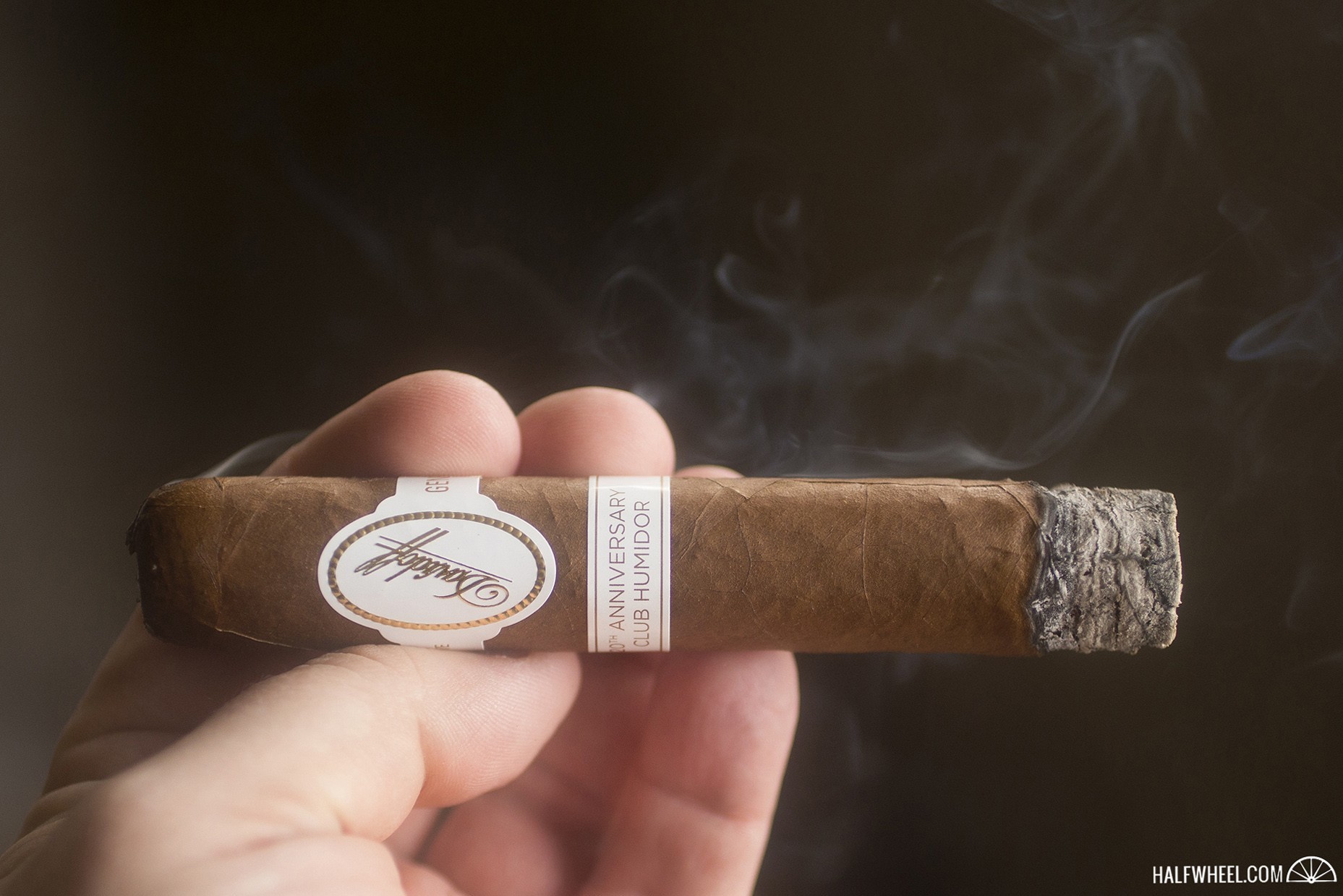 As I expected, the maple sweetness on the finish increases enough to be come a dominant player in the profile during the second third of the Club Humidor 20th Anniversary, although the creamy almond note is still very present as well. Other flavors include barnyard, coffee, mushroom, leather and oak along with some slight grain notes. I am picking up an interesting peppermint note on the retrohale that combines quite nicely with the rest of the profile, along with a touch of white pepper. The draw tightens up and the burn remains excellent. The overall strength increases slightly, although it still has not hit the medium mark yet. 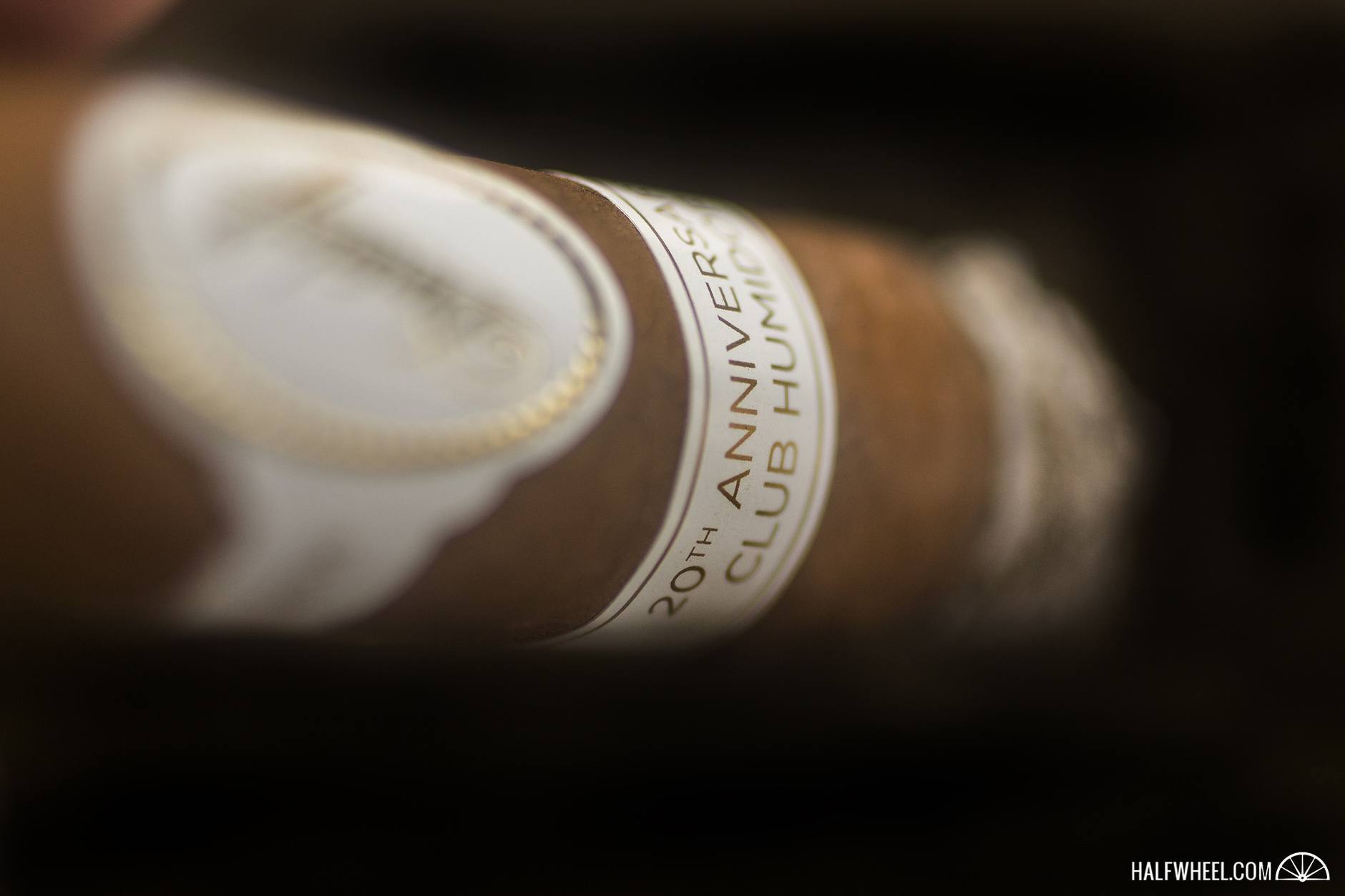 The creamy almond flavor is replaced by a distinct oatmeal flavor interspersed with the maple sweetness that is still present from the second third, a wonderful combination that dominates the final third. Other flavors of mushroom, leather, espresso, oak and hay flit in and out, but none come close to the strength of the aforementioned notes. The peppermint on the retrohale is long gone at this point, but the white pepper remains. Both the burn and draw continue to impress, and the overall strength manages to hit the medium mark by the time I put the nub down with a little more than an inch left, albeit just barely. 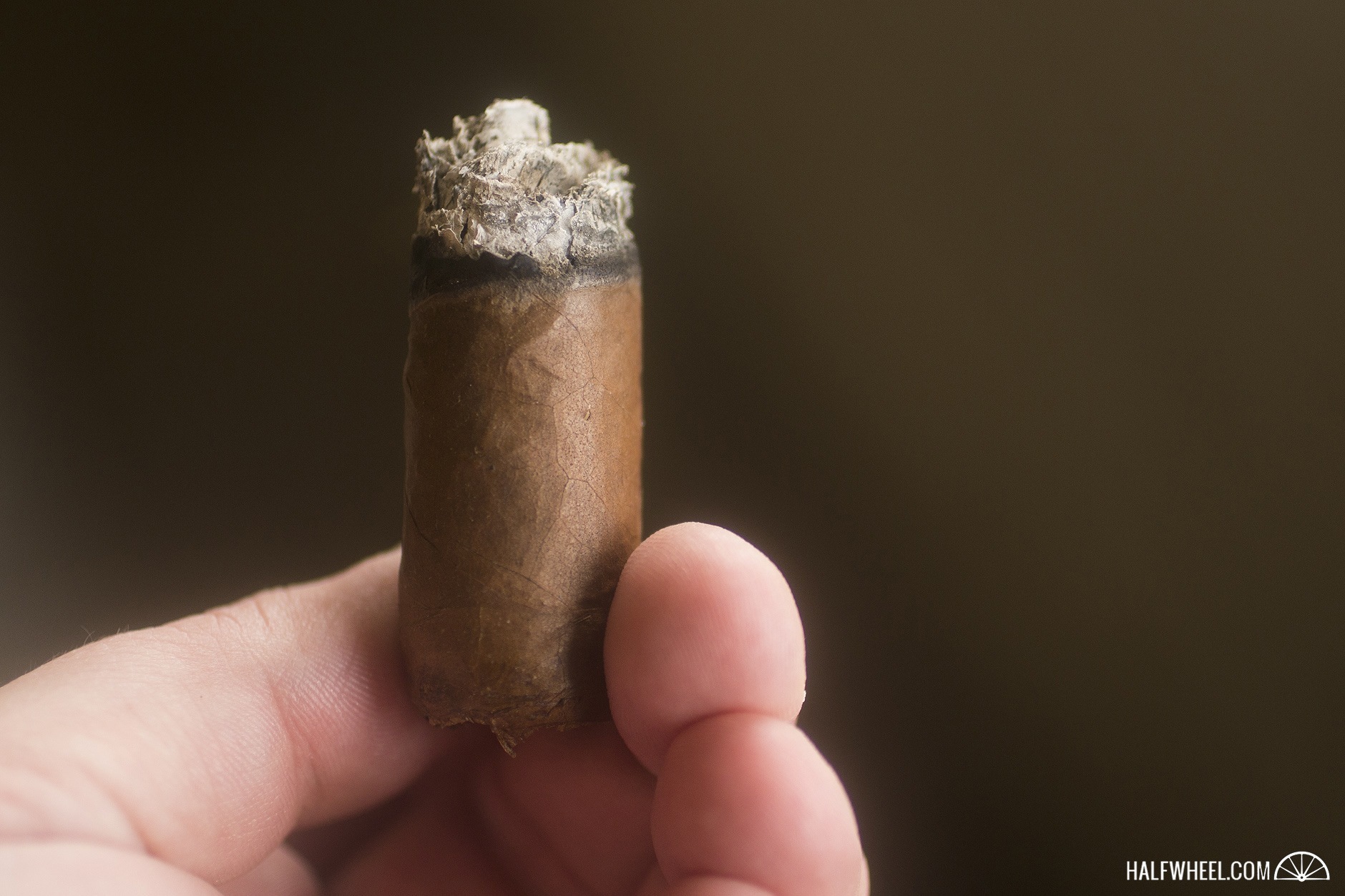 I enjoyed the Davidoff Club Humidor 20th Anniversary quite a bit, especially the interplay of creaminess and sweetness in the profile, both of which seemed to morph during the smoking experience. The peppermint note I noticed in the second third was quite interesting, I just wish it had become more substantial before dissipating in the final third. After a slightly shaky start, the construction was wonderful overall, and while the strength could have been a bit more prevalent, the level worked well enough with the blend. An excellent cigar to commemorate a major anniversary for Club Humidor, and one I recommend wholeheartedly.