For many years, Davidoff has had a connection to the world of food. Up until recently, that was largely through the Tour Gastronomique, a series of events centered around special cigars and select chefs, but that program was limited to Europe. In 2016, it decided to take the program more global and this year, it really had a coming out party in the U.S.

Last year, Davidoff collaborated with six chefs with a combined nine Michelin stars; this year it upped the game with five chefs with 16 stars between them, including one of the world’s most preeminent chefs.

All three are cigar smokers and after talking with a couple of them, legitimate cigar enthusiasts, if not geeks. The group smoked samples and worked with Davidoff to come up with a singular cigar for the Chef’s Edition 2018.

That cigar is once again a 6 x 54 toro, the same size as the last three Chef’s Editions. It uses a Dominican wrapper over a Mexican San Andrés negro binder and fillers from the Dominican Republic—piloto viso, San Vicente mejorado ligero and Yamasá viso—and visos from Estelí, Nicaragua.

Production is limited to 5,000 boxes of 10 cigars, though only half will end up in the U.S. Surprisingly, despite the fact that the Chef’s Edition comes in cellophane, there’s not a ton of aroma from the wrapper. I pick up hickory and saw dust—and that’s it. The foot is more detailed and much sweeter with oatmeal cookie, hickory, vanilla bean and the faintest hint of spice. While it’s more intense—medium-full—and more flavorful, it’s still challenging to pick up individual flavors. The cold draw keeps the hickory flavor, now joined by some beef jerky-like flavor and raisins. It’s medium-plus, and challenging to get much in the way of individual flavors.

All three cigars start quite similar: a hearty cedar and the classic olor flavors that deliver what people often describe as mustiness or mushrooms. After 15 seconds, a black pepper develops on the tongue, giving a fair bit of complexity. From there, it’s a story of two different cigars. Two of the samples keep the hickory over olor flavors in the mouth, though the retrohale adds nuttiness, bing cherries, hickory, chocolate and at times a liquid smoke character. It finishes pretty even between the nuttiness and cedar with some clawing sweetness behind it. The other sample is an olor bomb. There’s creaminess, dry touches of an alcohol burn and a lot of that mushroom/mustiness that many people find to be an unpleasant signature of Davidoff’s of yesteryear. Through the nose there’s more olor, lemon and some meatiness. It’s worth pointing out, that cigar also has a draw that is far too open, while the others are fine. Intensity-wise, all three cigars are pretty similar: medium-full in flavor, full in body and medium-plus in strength. 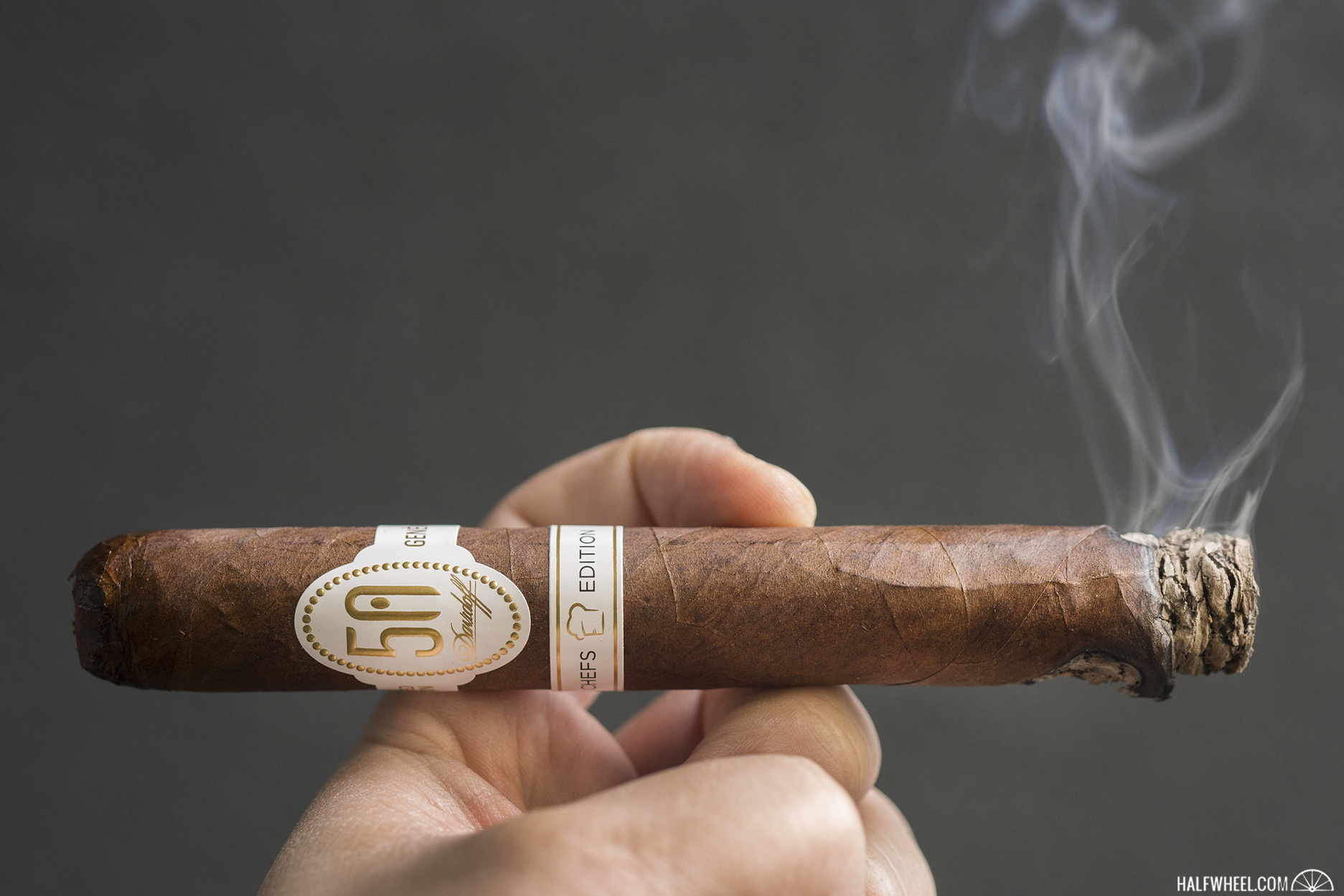 The Chef’s Edition 2018 continues to be a story of two different cigars. The one with the open draw remains dominated by olor, even more so than before. There’s some nuttiness and touches of woody flavors, but in the end, the dry olor flavor is the only thing that I really remember and it’s not for the better. The other two cigars also see an increase in olor, but even that is on a different planet from the first cigar. If the olor in the problematic sample is an 8/10, then the other two cigars are hovering around 2/10. That means that the nuttiness is actually the dominant flavor, followed by lavender, hickory, cocoa and vanilla. The retrohales can be punishing at times, but are largely enjoyable with hickory over nuttiness, pepper and a slight sweetness similar to a pound cake. All three cigars have full flavor, a body that is probably more medium-full and strength around medium-plus. 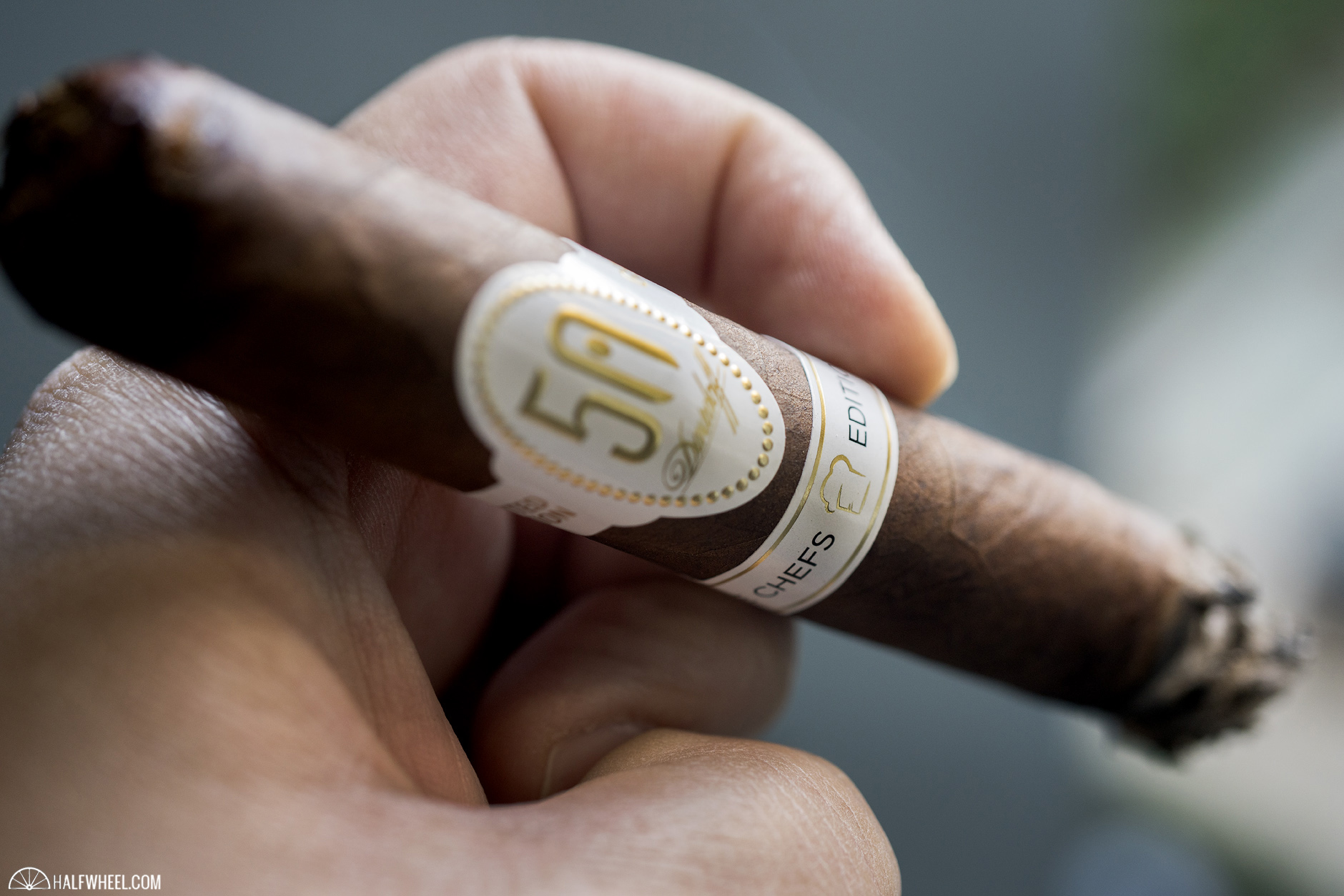 While the final third of the Davidoff Chef’s Edition 2018 is still very much two different experiences, both are with less olor than the middle portion of the cigar. The problematic sample sees both the olor and dryness reduced, allowing for burnt bread, nuttiness, white pepper and a bit of citrus to shine through. The other two cigars have a similar list of flavors: bread, nuttiness, lemon and honey. There is one very consistent flavor across all three: a blast of cayenne pepper on the finish. Flavor is full, body is medium-full and strength is medium-full on two cigars, while the problematic one is more full. At its best, the Chef's Edition 2018 is not on par with most of Davidoff's newer releases and the $30 price points that is asked for a single cigar. Given that I've smoked five of them and only one of them has tasted like an olor bomb, I'm willing to chalk that up to an outlier, but that score still count and it hurts. Even without it though, there's no way I'd recommend this over previous Chef's Editions, the Diademas 50, AVO 22, AVO LE05 or even Winston Churchill The Late Hour. The foodie in me hopes that Davidoff continues with the program, largely because I find the intersection between cigars and food fascinating, but also because it's already produced one very good cigar.