In 2013, Davidoff Cigars announced it would be releasing the inaugural cigar in collaboration with its Davidoff Art Initiative, which was formed in 2012. Named the Davidoff Art Edition 2014, the 5 15/16 x 54 perfecto is a Dominican puro priced at $35 each with only 60,000 cigars released in 3,000 boxes.

A press release had some more details.

Davidoff Cigars is extending the reach of contemporary art to Davidoff’s products and environments worldwide. Davidoff Cigars invited the first Caribbean contemporary artist, Quisqueya Henríquez, to create a series of artwork for the inaugural Davidoff Art Edition. These limited edition cigar boxes will be filled with newly developed cigars dedicated for the limited edition. The artist also created fifty special Collector’s Editions, which include along with the special edition box of cigars an original print of the artwork developed by the artist for the edition. The artworks created by Quizqueya Henríquez connect the process of cigar making with various elements involved in the tradition of cigar manufacture. Collectors and cigar aficionados will be able to find the edition for the first time at Davidoff’s Collectors Lounge during Art Basel in Hong Kong in May 2014. While the cigar is the same, there are two different appearances with differing art from Quisqueya Henríquez, a Cuban-born artist currently at the Davidoff Art Initiative. They are entitled Forms of Freedom #1 and #2. In addition, there are 50 Collectors Edition boxes which include a unique art print. The Davidoff Art Edition 2014 is visually stunning with a perfecto foot and covered in a mocha brown wrapper that is silky smooth to the touch. There are very few veins noticeable and it feels great when squeezed. Aroma coming off of the wrapper is a combination of strong sweet tobacco, dark chocolate and cedar, along with a tiny amount of pepper while the cold draw brings sweet cedar, hay and leather.

The nipple foot on the Davidoff Art Edition 2014 lights easily and I instantly taste overt flavors of sweet cedar, tobacco, leather, hay, nuts and cinnamon. The profile is both creamy and rich all at once with a oily mouthfeel that is quite nice. There is a slight nutmeg sweetness that gains prominence as the first third continues, as well as a slight white pepper on the retrohale, both combining well with the aforementioned flavors. Both the burn and draw are excellent with the draw being the standout, exhibiting just the right amount of resistance. The strength is a non-factor so far, ending the first third well below the medium mark, and not seeming to go anywhere very fast. I start tasting a fairly distinct lemongrass note around the start of the second third of the Davidoff Art Edition, a combination of lemon tartness and grassy flavors that is quite enjoyable. Other flavors include sweet chocolate, tobacco, creamy leather, cedar, nuts and mushrooms along with a slightly increase in pepper on the retrohale, although there is still no spice noticeable at all. The sweetness from the first third has morphed from a nutmeg note to more of a milk chocolate flavor, and thankfully the rich creaminess in the profile has not dropped off at all. Construction-wise, both the burn and draw continue to impress, and the smoke production has increased noticeably, but the overall strength is struggling to even make it to the medium mark. 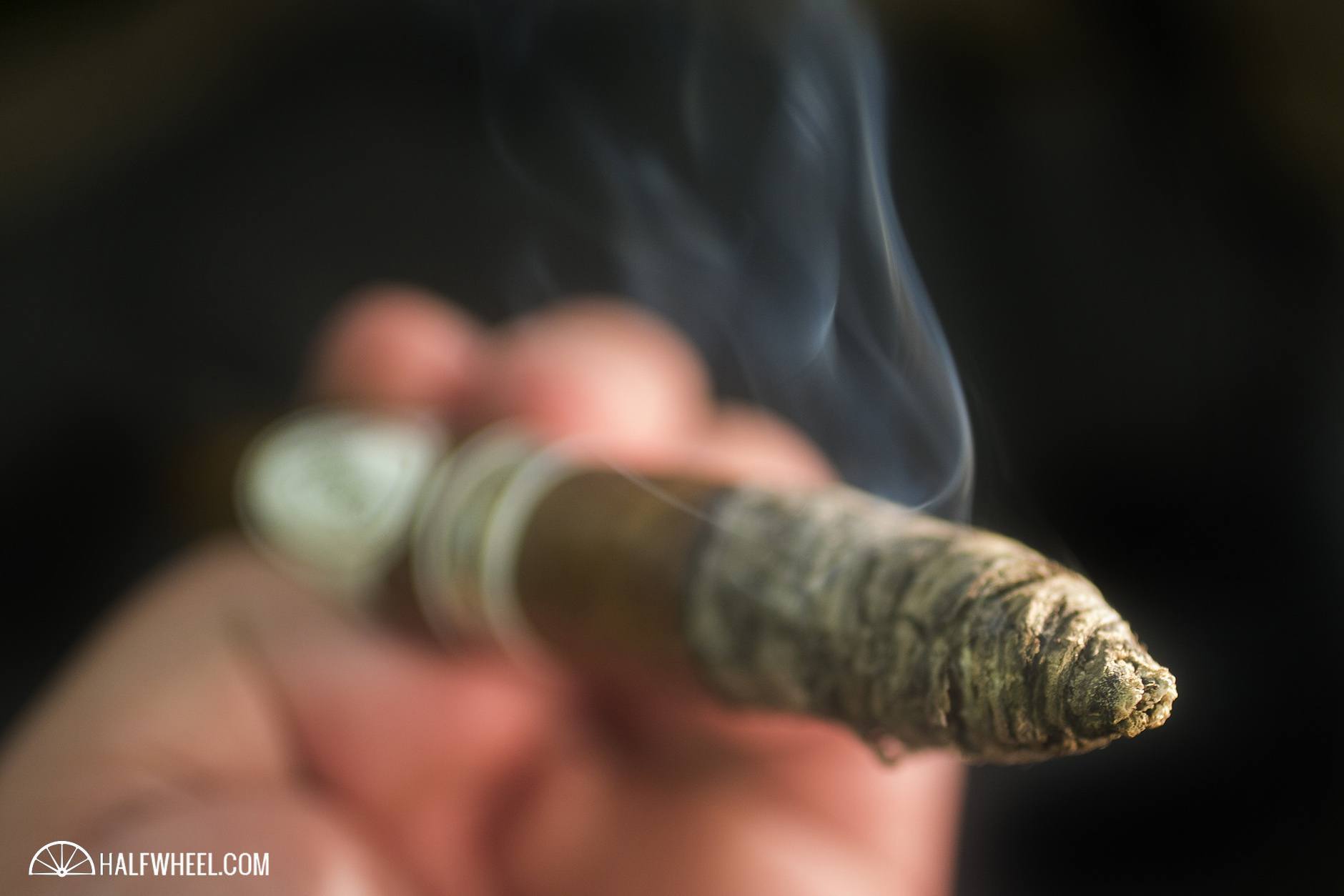 The final third of the Davidoff Art Edition 2014 has more of the lemongrass tartness on the front end, but it does start to fade as the cigar winds down, replaced with a stronger cinnamon and creamy milk chocolate combination, along with other flavors of leather, cedar, nuts and a fleeting floral note that while distinct, is never that strong. The profile is still quite creamy overall, and the sweetness from the first two thirds has morphed again, this time into more of a vanilla bean note that sticks around until the end of the cigar. The strength ends short of the medium mark, but the construction remains almost flawless, and the increased smoke production is icing on the cake. While the pepper on the retrohale continues to be fairly constant, I am able to smoke the nub down to less than an inch with no bitterness at all present. Rich. Creamy. Complex. All three verbs describe the Davidoff Art Edition 2014, but only when you put them all together does it tell close to the whole story. The profile is admittedly light, but also extremely nuanced, and the smoke seems to coat your mouth and stay with you long after each puff. Both the burn and draw were consistently excellent throughout each sample, and the sweetness that is present during the whole cigar morphed constantly, never letting me come close to getting bored. In short, a cigar that hits all of the notes it attempts, both in terms of flavor and construction.