Three weeks ago, Ambassador Fine Cigars began selling a special cigar blended to commemorate the Arizona-based retailer’s 20th anniversary in business, which is being celebrated this year after officially opening on Aug. 11, 1997.

The Davidoff Ambassador Fine Cigars 20th Anniversary is part of Davidoff of Geneva USA’s retailer anniversary program, which gives retailers that are celebrating major anniversaries a chance to choose blends and attach their names to a commemorative release that are then packaged in specially-made boxes with appropriate secondary bands.

As part of the program that debuted in 2014, Davidoff selects a specific vitola—which changes every year—and makes a handful of different blends from which retailers can select their own cigar. Each retailer must purchase at least 300 boxes of 10, and although more than that number can be ordered, all of the cigars are shipped at the same time.

While Ambassador Fine Cigars owner Vartan Seferian declined to provide details on its blend, we do know it is a 6 x 52 toro extra vitola with 300 boxes of 10 cigars produced and each cigar selling for $30. In addition, although the store did receive an unspecified number of cigars in August 2016 in order to slip in under the Aug. 8, 2016 FDA deadline, the vast majority of the 300 boxes that are now being sold showed up late last month.

All 2017 Davidoff retailer anniversary cigars use the same basic varietals, though the specifics of each one such as priming, farm and age could be different. The wrappers are all Ecuadorian habano, binders are Mexican San Andrés with Dominican and Nicaraguan fillers. The company has stated that some of the cigars share the exact same blend, though it’s declined to identify which those are. 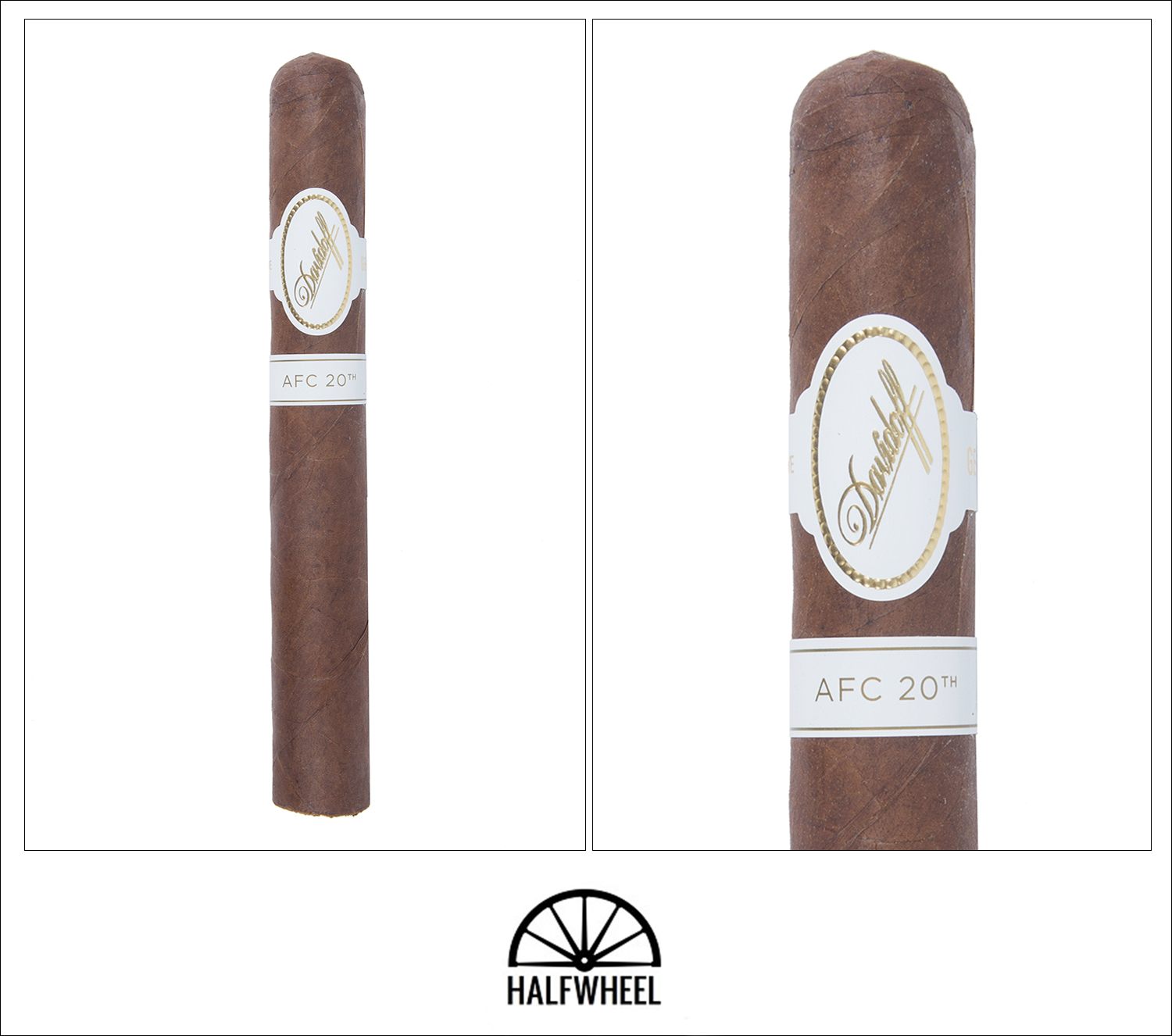 The Davidoff Ambassador Fine Cigars 20th Anniversary is covered in a rustic dark mocha wrapper that is sandpaper rough to the touch and features a touch of oil. There are a number of prominent veins that are obvious but not overly distracting, and while I can feel a small soft spot right under the secondary band, don’t think it is big enough to be a major issue.  Aroma from the wrapper is a combination of strong hay, nuts, sawdust, leather and manure, while the cold draw brings flavors of almonds, leather, earth, white pepper and strong raisin sweetness.

Starting off the first third, the Davidoff Ambassador Fine Cigars 20th features a combination of dominant flavors, including creamy almonds and earth, followed up closely by notes of coffee beans, leather, hay and dark chocolate. In addition, there is a very distinct brown sugar sweetness that is present on the retrohale, where it combines very nicely with some black pepper that is also noticeable. Both the burn and draw are excellent so far, and smoke production coming from the foot is about average, although it is quite dense. The strength of the Davidoff Ambassador Fine Cigars 20th starts out fairly mild, but ends the first third very close to the medium category. 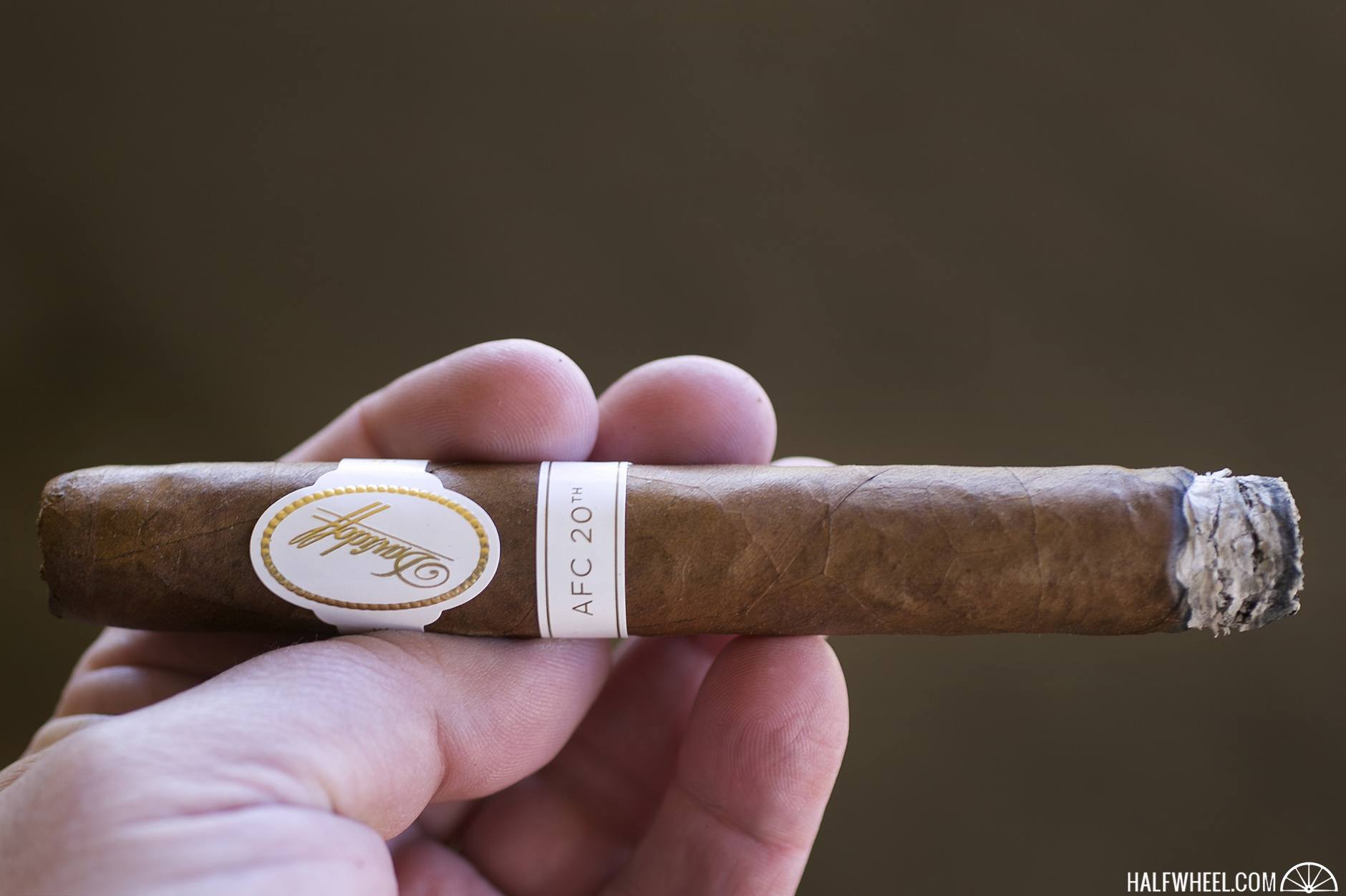 The brown sugar sweetness increases noticeably during the second third of the Ambassador Fine Cigars 20th, joining the still creamy almond and a earth notes as the dominant flavors in the profile. Other notes of leather, cocoa nibs, espresso beans, aged oak and slight cinnamon flit in and out as well, although none come close to the strength of the aforementioned dominant flavors. There is still some obvious black pepper on the retrohale and I am starting to taste some slight saltiness on my lips that becomes noticeably right after the halfway point. Construction-wise, the burn and draw continue to impress, while the smoke production has actually increased noticeably. In terms of strength, the Davidoff Ambassador Fine Cigars 20th shows signs of life, hitting a solid medium mark by the end of the second third. 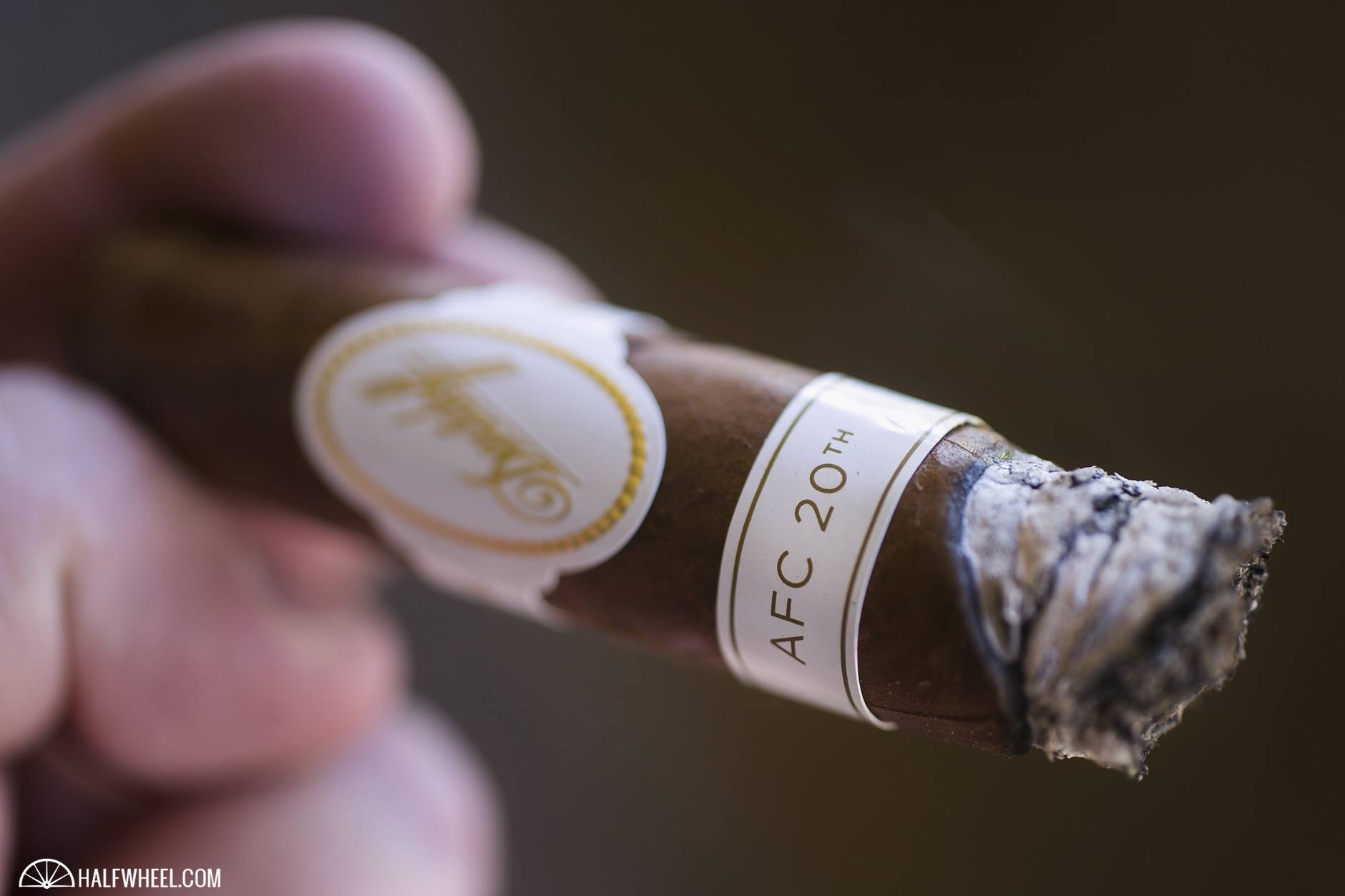 Unfortunately, the saltiness that increased the complexity of the profile during the second third of the Davidoff Ambassador Fine Cigars 20th is long gone by the time the final third begins, leaving me with dominant flavors of still creamy almonds and aged oak. Secondary notes of creamy leather, white chocolate, hay and cocoa nibs are also present, and while the brown sugar sweetness is still noticeable, it is just not as strong as it was during the second third. The construction remains top notch, with nary an issue at all, while the smoke production has also decreased a bit. Interestingly, the overall strength easily passes the medium mark before stalling out there as I put the nub down with a bit more than an inch left. While the cigars I have smoked from the retailer anniversary program in the past have been mostly quite good, the Davidoff Ambassador Fine Cigars 20th Anniversary is on a whole different level. The persistent brown sugar sweetness combined with a dominant creamy almond note and well-integrated strength made this an extremely enjoyable cigar, and that is before you throw in the consistently excellent construction. Yes, $30 is a lot of money to spend on a cigar—although not exactly out of the question when it comes to Davidoff releases—but in this case, the price is easily justifiable.