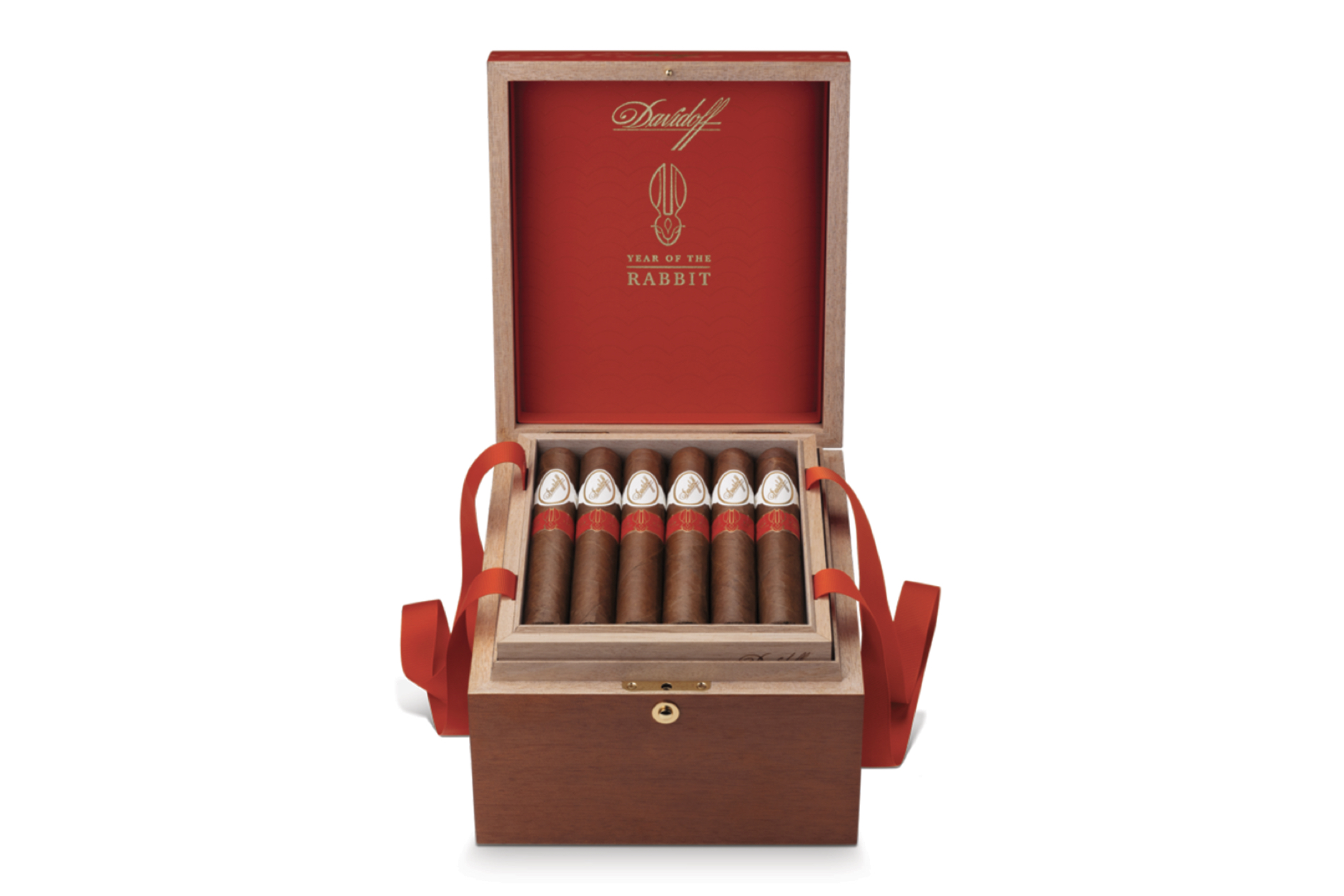 There will be a second Davidoff Year of the Rabbit available at Davidoff’s since 1911 flagship stores.

The Davidoff Limited Edition 2023 Year of the Rabbit Flagship Exclusive is a 6 x 56 gran toro version of the Year of the Rabbit blend that is being sold to stores worldwide as a 5 15/16 x 54 double prefecto. It uses an Ecuadorian hybrid 238 wrapper over a Mexican San Andrés negro binder and five fillers. Four of them are from the Dominican Republic—piloto seco, San Vicente ligero, San Vicente seco and Yamasá viso—and the fifth is seco from Estelí, Nicaragua. Davidoff says the average age of the filler tobacco is four and a half years.

This is not the first time Davidoff has released an alternative version of its regular Zodiac Series release, but it has previously been limited to the company’s high-dollar Masterpiece humidors. This year, the Gran Toro is offered in both the Masterpiece humidor and at Davidoff’s flagship stores.