If you have ever been to a tobacco farm, or seen pictures of one, you have likely seen the ubiquitous picture of a seemingly endless sea of tobacco leaves hanging in a barn. Those leaves often hang from wooden poles or staves, some of them lasting years if not decades and holding dozens of crops of tobacco in an early step of its journey to becoming a cigar.

Some of those wooden staves have been retired from their original duty and repurposed to be part of a limited edition series of humidors from Daniel Marshall that are being created for Corona Cigar Co. in celebration of the Florida Sun Grown (FSG) line. 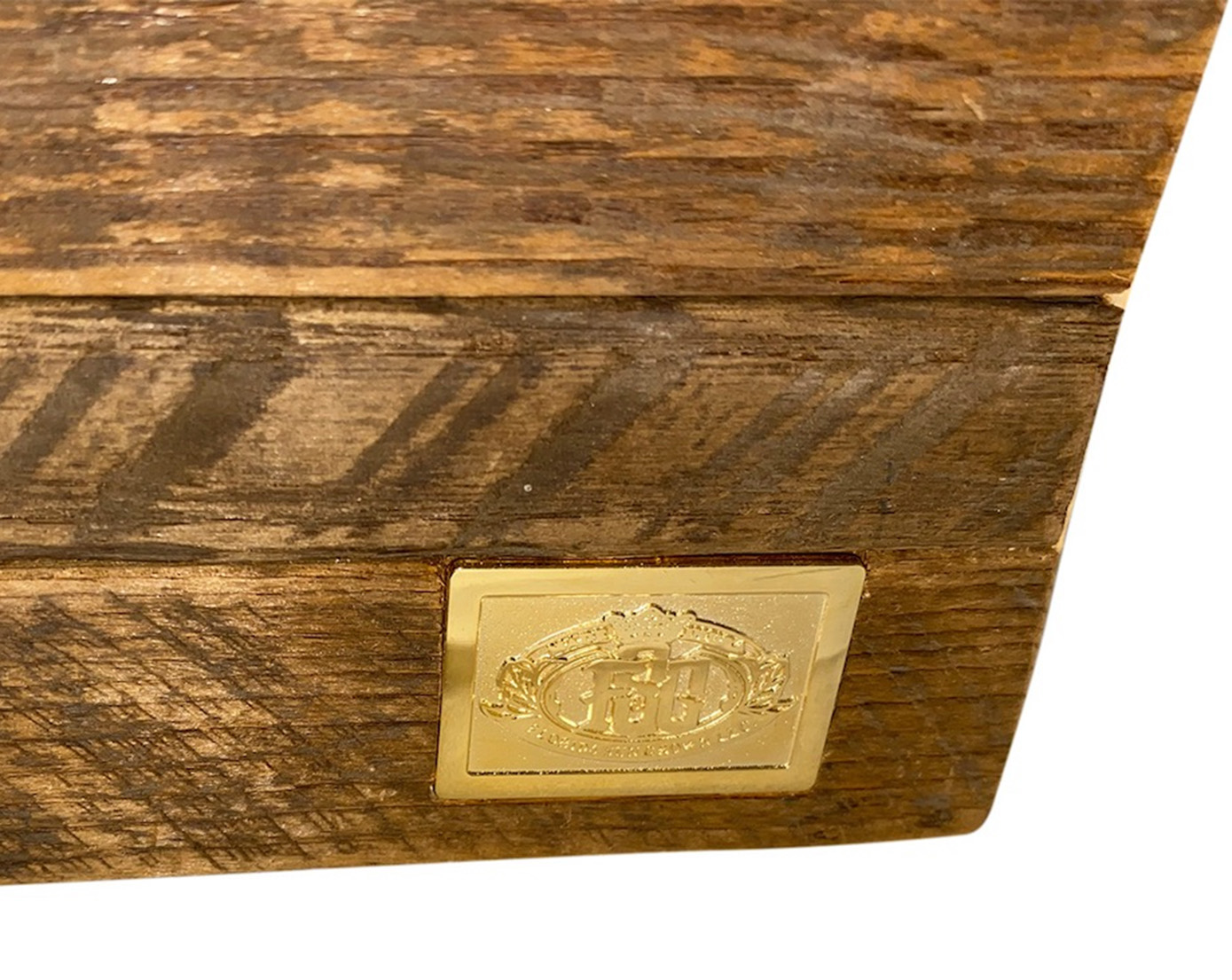 The staves trace their history back to Windsor, Conn., where they were once used to hang shade grown tobacco before Jeff Borysiewicz acquired them approximately 10 years ago for his Florida Sun Grown farm in Clermont, Fla. After Marhsall created a series of humidors for Corona Cigar Co. using staves that aged The Balvenie PortWood 21 year old single malt whisky, Borysiewicz approached him about doing the same with tobacco staves.

Each humidor measures 16 inches wide, 12 inches wide and 7 inches deep, with the company listing the capacity at 165 corona sized cigars.

The California-based humidor maker has crafted and hand-signed 10 of these humidors, which are now available through Corona Cigar Co. Due to the variance of the staves, each humidor is unique with variations of color tones and textures, as well as the staves absorbing oils from the tobaccos they have held.

Each humidor is bundled with two boxes of FSG by Drew Estate cigars, one of the Limited Edition Toro vitola and one of the Belicoso vitola. For pairing, a bottle of Eagle Rare Corona Single Barrel Kentucky Bourbon is included as well, along with a pair of Corona Cigar Glencairn whisky glasses. Rounding out the bundle is an FSG-branded ashtray, table top lighter, cutter and cigar rest, a ticket to the 2021 Barn Smoker, as well as a signed copy of Marshall’s book, “38 Years,” which chronicles his journey from boat builder and sailor to humidor maker.

Each humidor set is priced at $1,900 and is available via Corona Cigar Co.’s website and its retail locations.