Last month, Daniel Marshall unveiled a special cigar made to pair with three whiskies from Glenfiddich. 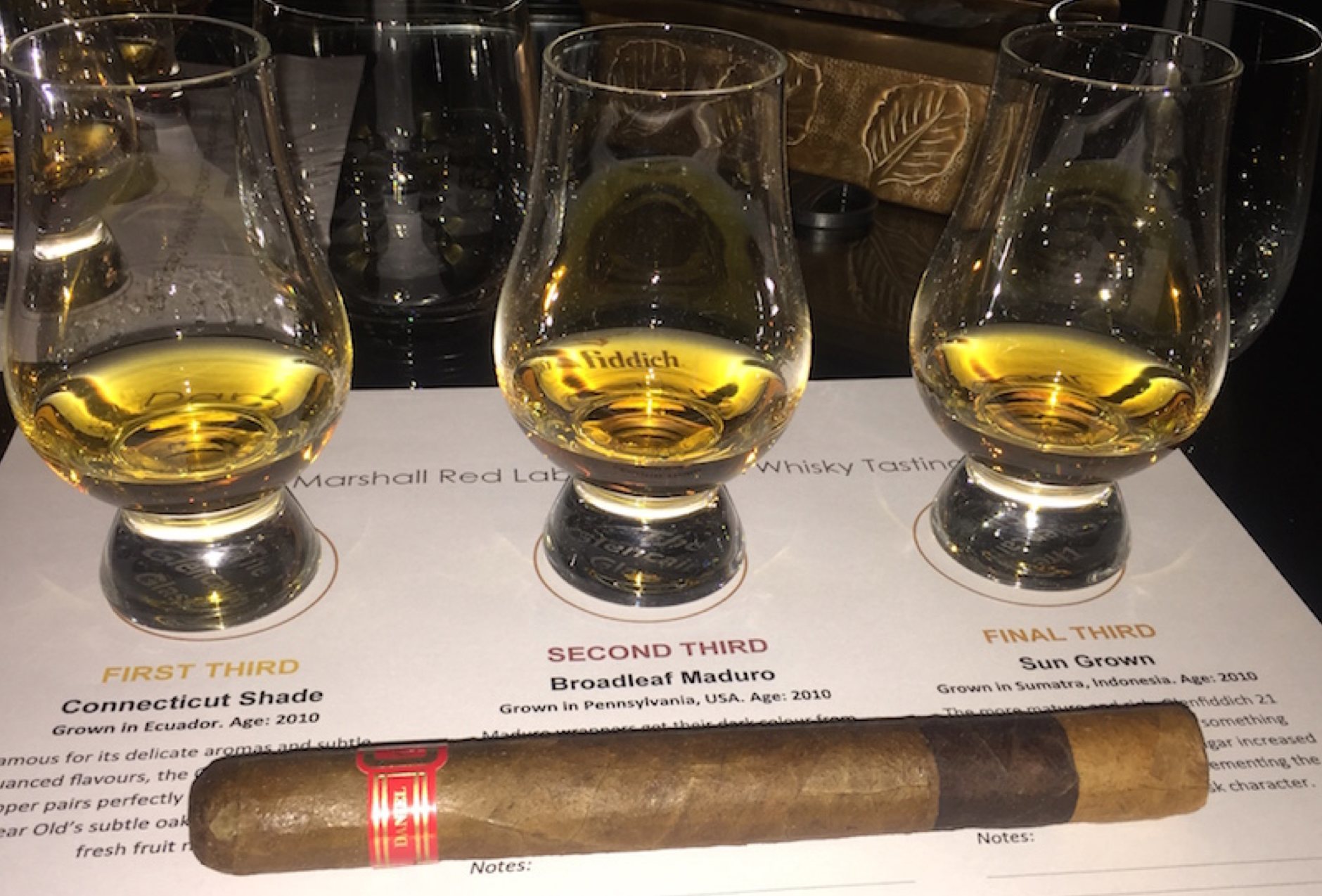 “I am absolutely honored to have been chosen to partner with Glenfiddich the world’s number one rated whisky in developing this special cigar,” said Marshall, in a press release. “My wish is for cigar and whisky lovers alike to enjoy, converse, and savor two of life’s most wonderful pleasures, fine cigars and whisky, around the modern day campfire.”

Marshall told halfwheel the cigars are limited to 100 boxes of 20 and have a suggested retail price of $15 per cigar.

It is being sold under the DM Red Label banner and produced at Plasencia Cigars S.A. in Estelí, Nicaragua.