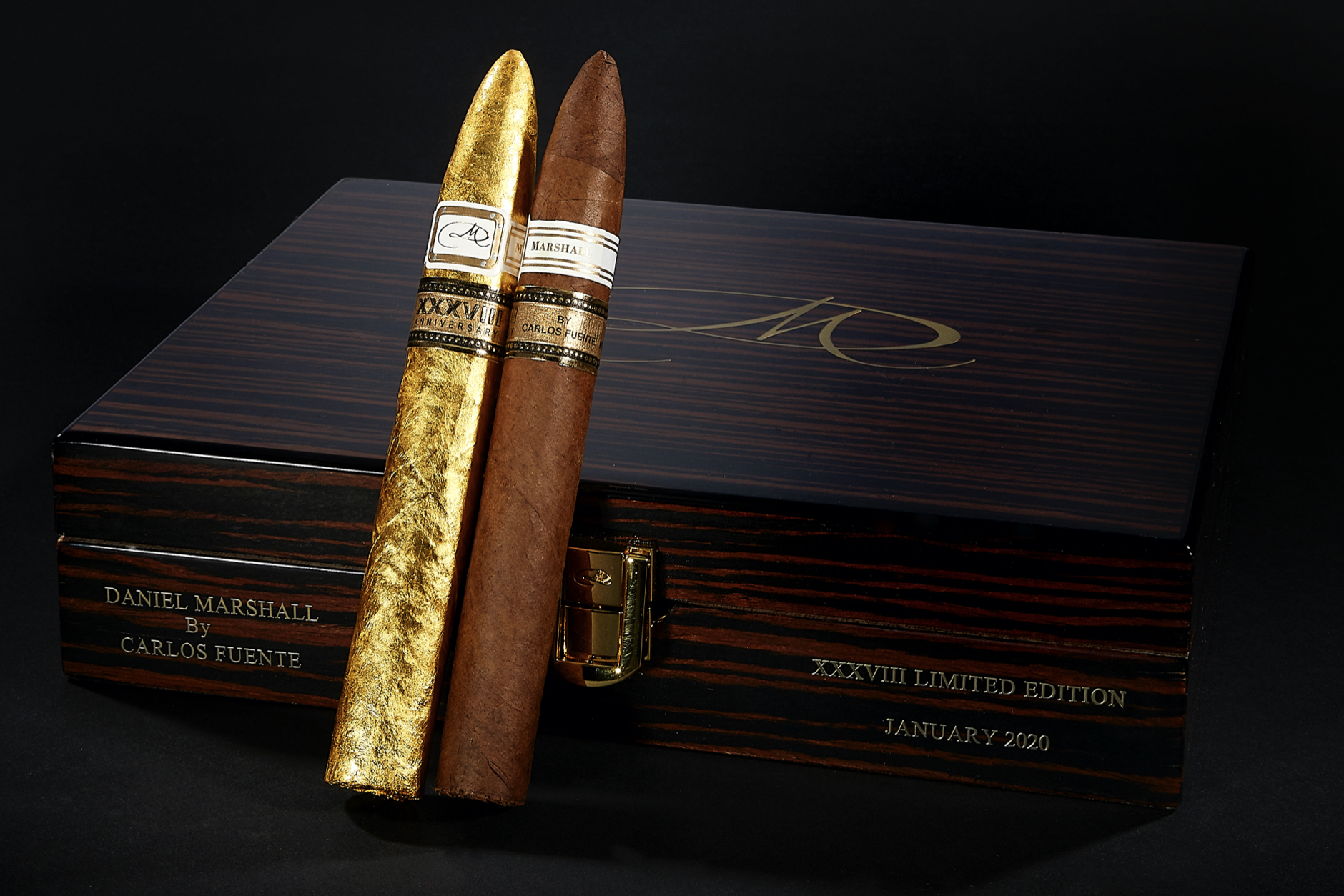 Earlier this year, Daniel Marshall—best known as one of the premier humidor makers in the world—announced a new project made in collaboration with Carlos “Carlito” Fuente Jr. of Arturo Fuente.

Now, it will be getting a bit more gold.

The project centers around the Daniel Marshall by Carlos Fuente – XXXVIII Limited Edition, a 6 3/8 x 52 torpedo made entirely of Dominican tobaccos. The cigar is being produced to celebrate the 38th anniversary of Daniel Marshall.

At the time, Marshall said the cigars would be sold in a special humidor box with eight cigars. Now he’s changed plans a bit and at the urging of Fuente Jr., one of those cigars will be wrapped in gold.

As he has done with a variety of other cigars, Daniel Marshall will take one of the cigars and cover it with 2 grams of 24-karat gold. The cigar can be smoked normally, though the gold will stick to the ash to create a unique experience.

The humidors will be priced at $1,495 and come with seven normal cigars, one gold-wrapped cigar, a signed book documenting Marshall’s career, an ashtray, lighter, cutter and membership to the Daniel Marshall Campfire Club. Daniel Marshall says it will begin shipping to stores this month, though the release will be limited to no more than 38 retailers around the world.