Nicaragua, then California, then Germany.

It’s rare that it takes three finish to a single cigar, but that’s the route of the Daniel Marshall Art Cigar, which is a version of the company’s 24kt Golden Torpedo.

The cigars start their life in Nicaragua at Plasencia Cigars S.A. They are only sold in a 6 1/4 x 54 torpedo size, using entirely Nicaraguan tobacco. They are then shipped to California where Daniel Marshall applies 24kt gold across the entirety of the wrapper of the cigar.

While there’s an inherent art aspect, the cigars can be smoked, with the gold embedding itself into the ash. 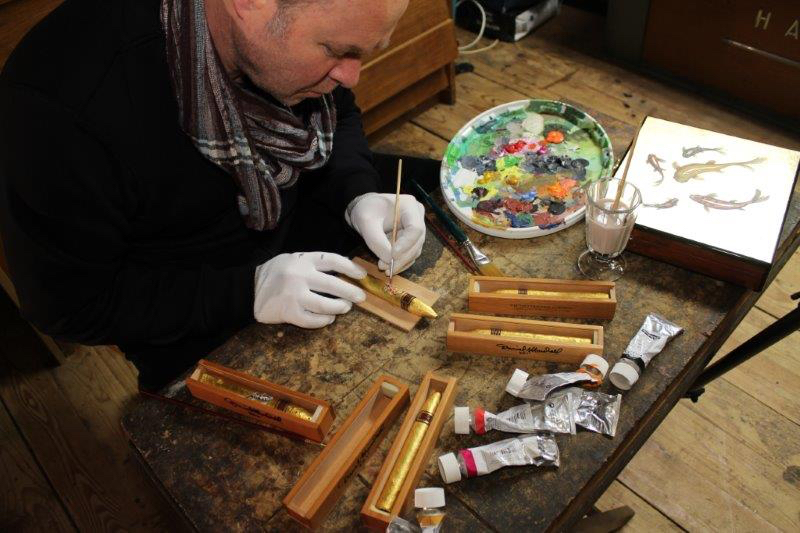 While the Golden Cigar is then sold, the Art Cigar then heads to Germany, where a painter applies edible ink to each cigar to make a painting of a koi fish. 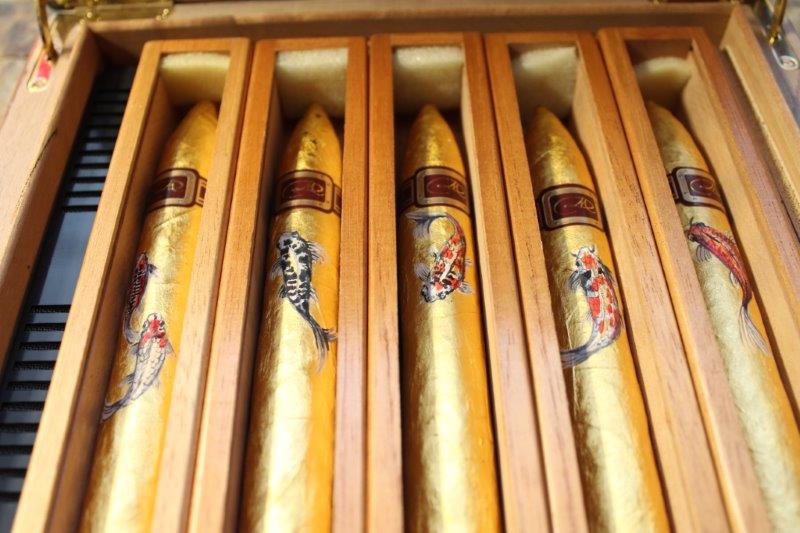 Marshall didn’t disclose the name of the painter but said it is someone who has worked on the restoration of the Sistine Chapel. 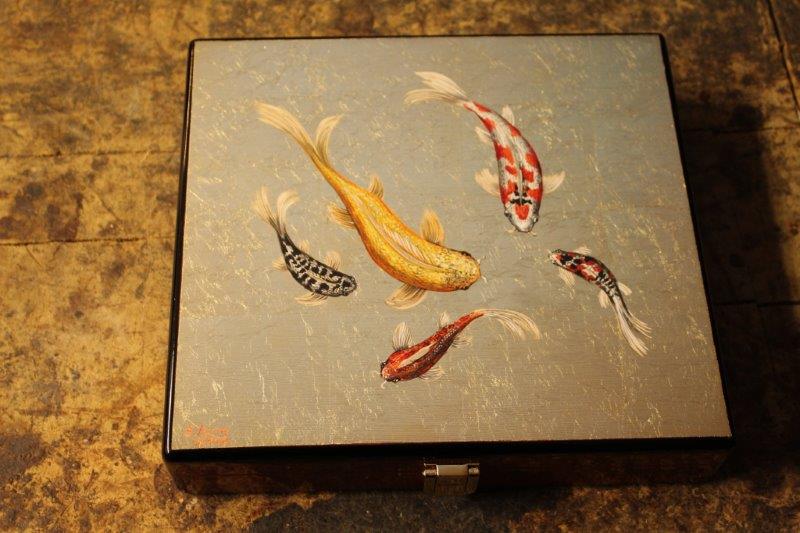 The cigars are sold in a travel humidor with the lid covered in gold and a koi painting. It’s priced at $4,995 for a set of five cigars and the humidor. For context, the Gold Cigars are sold for around $200 each.