Given that the cigar being reviewed here is being made for a German cigar distributor and retailer, odds are good that the name doesn’t ring a lot of bells.

The name Dalay Zigarren has popped up on this site a few times before, including for being the distributor of Crowned Heads, as well as operating the La Casa del Habano in Saarbrücken, Germany.

This year, the company decided to create and release a cigar described as unadulterated and made in the purest way possible. To do that, the company says it focused on using tobaccos that were not just grown in a natural manner, but from seeds that were not bred as hybrids, something commonly found in premium cigars.

The resulting blend is a Dominican puro that uses a habano 2000 for the wrapper, a criollo 98 binder, then two secos, a viso and a ligero leaf in the filler. Those tobaccos are then rolled into a 5 1/2 x 54 robusto vitola, made at the Tabacalera Altagrácia factory in the Dominican Republic. 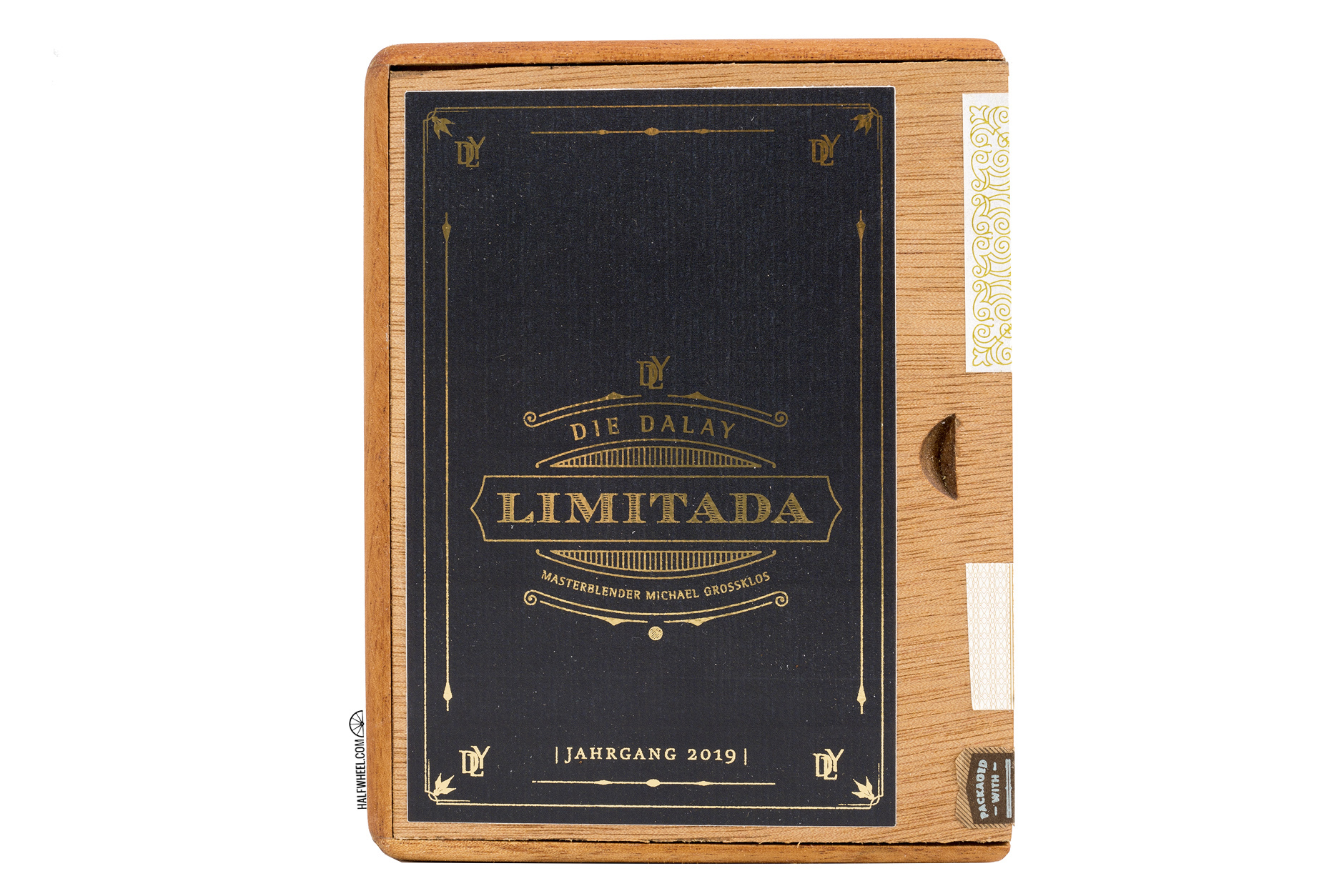 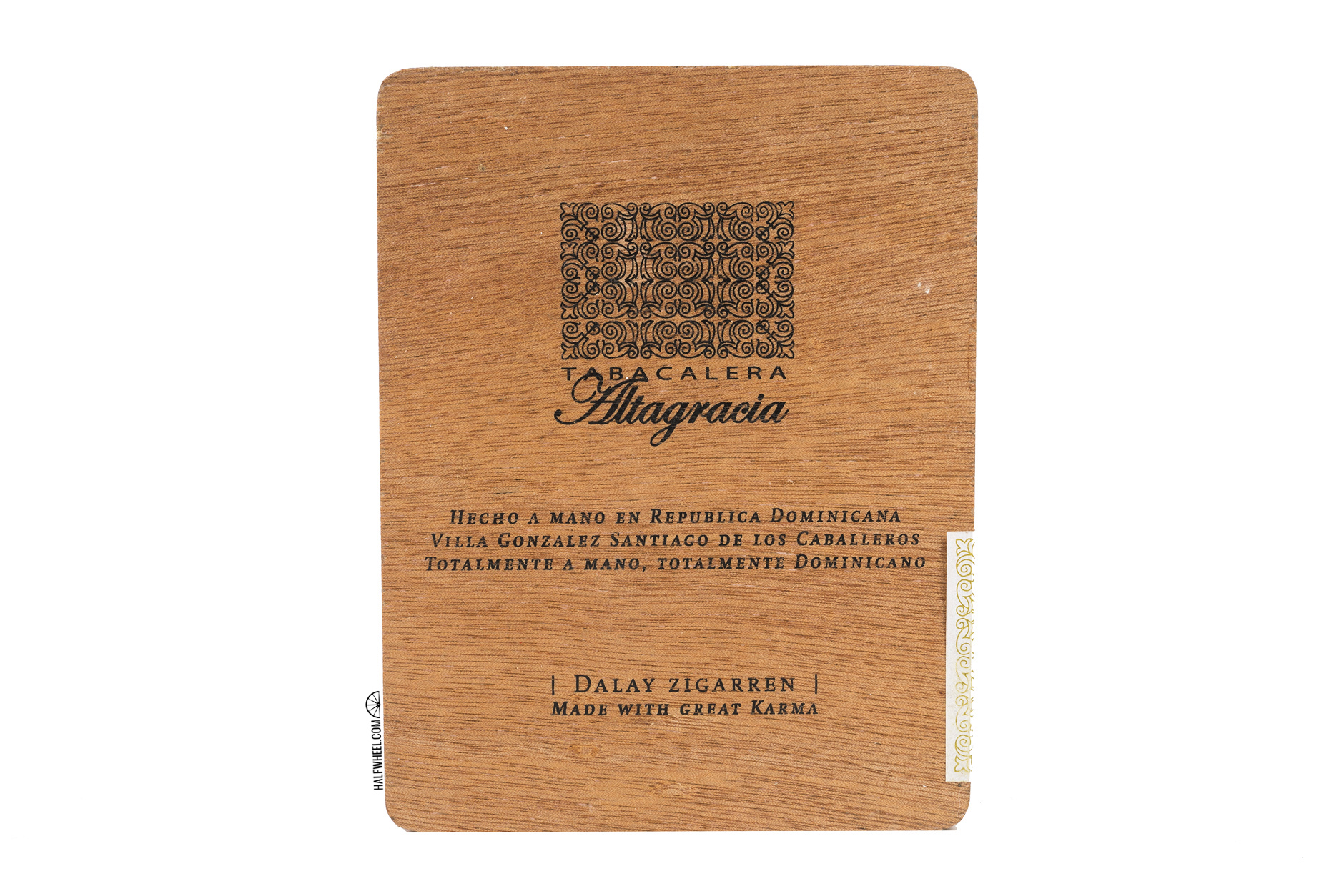 “This rare and complex cigar has no modern cross-breeds with foreign and more robust seeds like the famous Connecticut,” the company stated in a press release. “As a consequence these tobaccos are less fertile and less resistant to pests. However, their much richer aroma and flavor are worth the investment of time, hard labor and care. ”

In keeping with the Limitada name, only 200 boxes of 20 cigars were produced, a total of 4,000 cigars that are priced at €15 each, or approximately $19 as of early May 2019 exchange rates. And in keeping with the natural and pure approach, the cigars are packaged in Spanish cedar boxes free of paint or stains, with a layer of beeswax used to help protect the wood. The Dalay Limitada 2019 has an incredibly rich, oily wrapper that is a vibrant, meaty shade of brown that is truly eye-catching. Oil is seemingly dripping off of the cigar, and by way of touch this is one of the oilier wrapper leaves I’ve felt in recent memory. So much so, it seems like it belongs on a rolling table more than in my hands. There are a decent number of veins and some samples have incredible amounts of tooth that create a very distinct tactile sensation on the fingers. The roll is quite firm with very little give, and what is there is generally found around the foot, which by way of aroma is sweet with almonds and offshoots of almond syrup and almond milk, a bit of thick orange syrup and just a trace amount of pepper. The cold draw is smooth if a bit loose and quite mild at first impression, opening up a bit to show an oil-twinged graham cracker before white pepper tingles the tongue.

The Dalay Limitada 2019 opens with more pepper than I would have expected given what the cigar showed before being lit. It’s a thicker and richer smoke as well that doesn’t offer the almond, graham cracker or general sweetness but instead something that has me thinking earthiness until I explore it a bit more and find it comes up short of that descriptor. It then leads me towards woods and tree bark but gets a bit sour, leaving me puzzled before the burn line is half an inch along. The draw seems to tighten up just ahead of the one-inch mark on the first sample, though rotating the cigar a bit seems to alleviate it, so maybe I was just closing off an air channel via how I was holding it. Other than that, the technical performance has been great so far with the tight ash as the standout, followed by the even burn line and decent smoke production. I find myself returning to retrohales as the burn line approaches the second third for a more familiar flavor and aroma. It’s certainly full-flavored through the first two inches, though not terribly strong outside of what is does to the tongue. At the start of the Dalay Limitada 2019’s second third, I’m still struggling to get my head around the profile, though damp, juicy cedar is beginning to stand out. The flavor is definitely rich and chewy at times, though the unfamiliarity continues to puzzle me, and I can’t say that I’ really getting engaged by the profile. There’s a bit of a Negroni-like flavor that pops up for a few puffs, a combination of citrus, bitterness and some increasing dryness that lends some familiarity to the profile, but at times I feel the comparison may be a stretch. There’s a very sour and bitter note that comes out of nowhere in one sample, almost tar-like and having me check the end of the cigar, only to not find anything of note. The middle of the cigar sees the flavors get a bit more familiar with caramel and toffee notes entering the mix as well as a coffee flavor, all sitting on top of a bit of rocky earth and the faintest hint of black pepper. Retrohales also shift away from white pepper to more black pepper, still tingling the nostrils but bringing on a bit more body. The final puffs of the second third shift the profile again, this time to a smokier, meatier flavor that has me thinking of burnt ends of a steak, with the tip of the tongue getting a focused tingle from the wood and pepper. I’d still put the flavor as near full and very commanding of the taste buds, while strength is more towards the medium range. 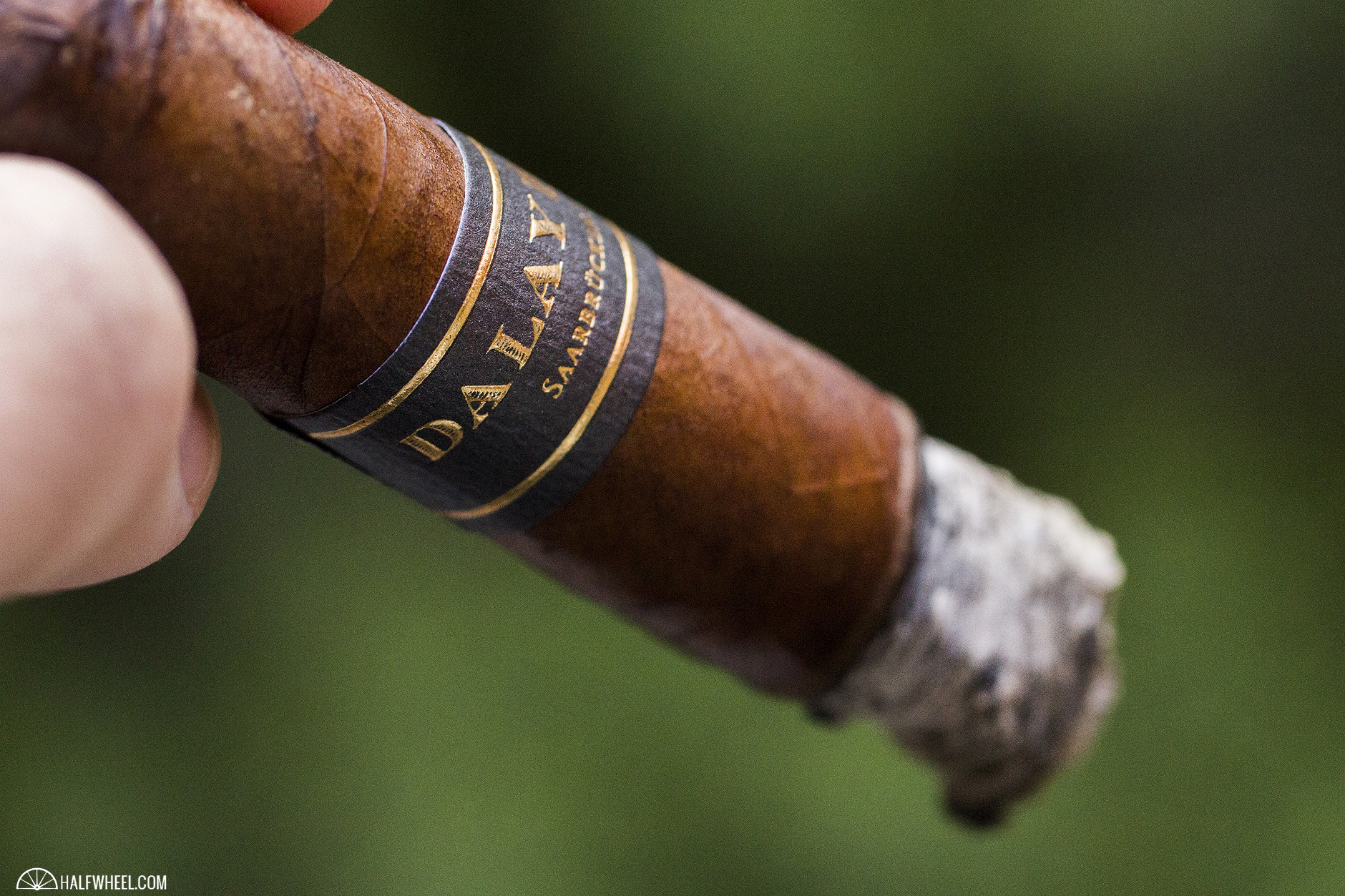 The juiciness of the cedar has pretty much departed the cigar by the time the final third of the Dalay Limitada 2019 Robusto Extra gets underway, with the profile turning quite a bit drier, so much so there’s a bit of irritation beginning to build in the back of the throat. While the second third brought about some familiarity to the profile, the start of the final third seems to start undoing that, though cedar begins to re-emerge as the conclusion of the cigar becomes a bit more impending, though it’s not as developed as it had been earlier. The Negroni-like sensation comes along again, though this time it is co-mingled with an increasing smokiness from the cigar that begins to direct where the cigar is headed. One thing I begin to realize as the band comes off is that there is no way I would have guessed this is a Dominican puro, as it’s a flavor profile I have rarely tasted, let alone from a cigar made exclusively of tobacco grown in the country. The flavor gets a bit harsh in the final inch-plus, but I do get my first taste of true citrus by way of a fresh orange juice note. The cigar generally burns well in the final third, save for a bit of an occasionally wavy burn line. Smoke production and the draw both remain quite good. If there's one thing I'd like to think I've never been accused of, it's not being adventurous when it comes to trying new things, particularly when it comes to food, drink and cigars. Part of it comes with the job, but most of it stems from a genuine desire to expand my palate and exposure to the flavors the world has to offer. In the case of the Dalay Limitada 2019 Robusto Extra, I had no clue I would be in for such an unfamiliar set of flavors, especially from a Dominican puro. There certainly are some notes that register without hesitation, but the bulk of the first and final thirds challenged my palate to figure out just what I was tasting, not to mention find appropriate terms to try and explain them. The second third is by far the high point across the board, offering balance, complexity and yes, familiarity, with minimal irritation that awaits the throat in the final section. This is a case where I'm almost not sure what score is truly appropriate; I'm not disappointed in my experience with the cigar, yet I'm not sure I would reach for another one, and my recommendation would be guarded to say the least. An interesting cigar to say the least, and one I'm not sure I'll ever fully process until I'm able to dive into its blend at a much deeper level.