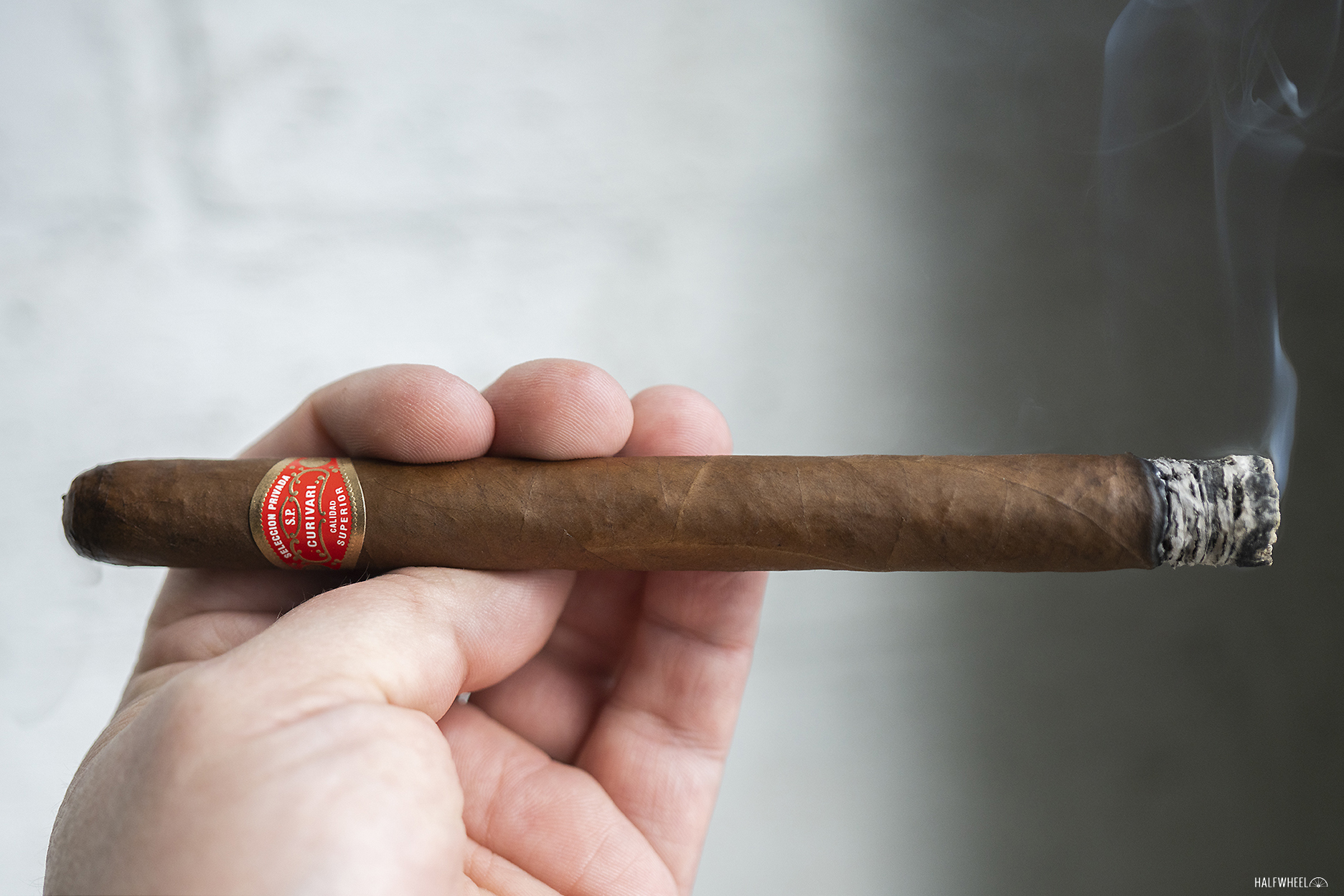 On Sept. 2, 2016, Alpharetta, Ga.-based retailer Blue Havana II celebrated its 10th anniversary by releasing a cigar from Curivari named Seleccion Privada Lancero. As the name suggests, that cigar was a 7 1/4 x 42 version of the company’s Seleccion Privada line, a Nicaraguan puro blend made up of both Cuban-seed criollo and corojo tobaccos that debuted during the 2011 IPCPR Convention & Trade Show. 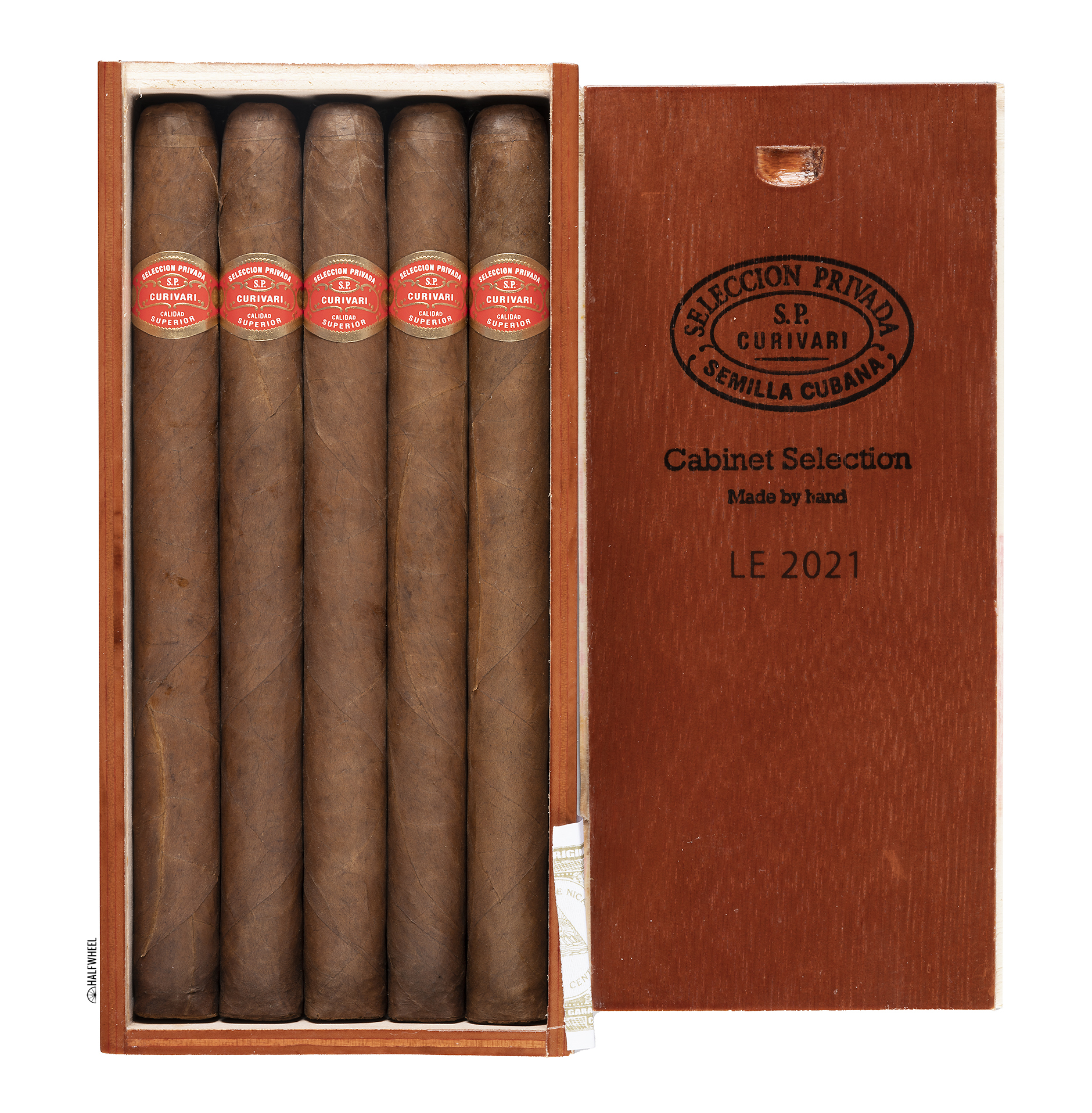 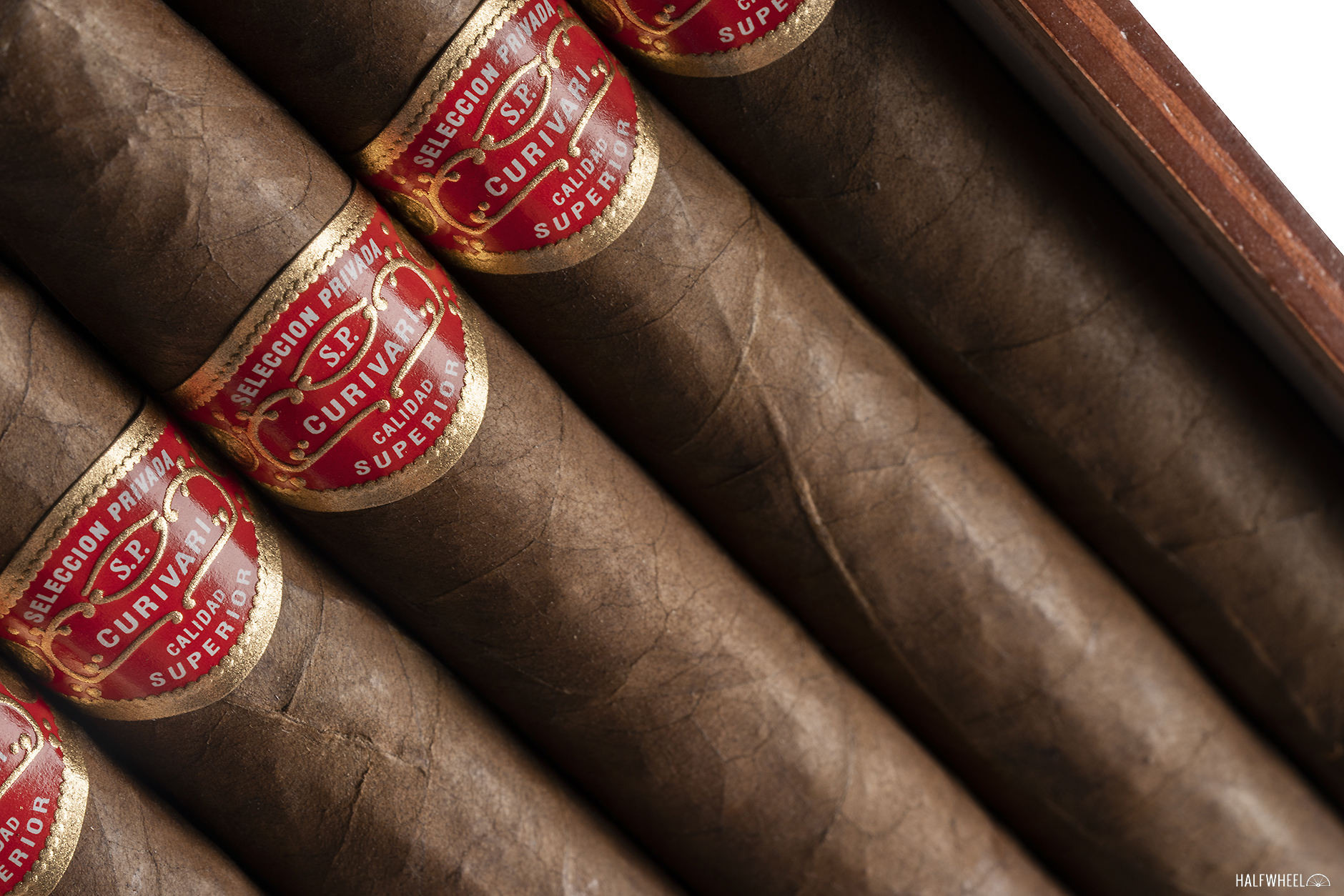 “We chose to incorporate some tobacco that was produced a few years ago as a trial and thought we could use it on this blend,” Andreas Throuvalas, owner of Curivari, told halfwheel last year.

Last year’s release was limited to 500 boxes of 10 cigars with individual cigars carrying an MSRP of $7.50. 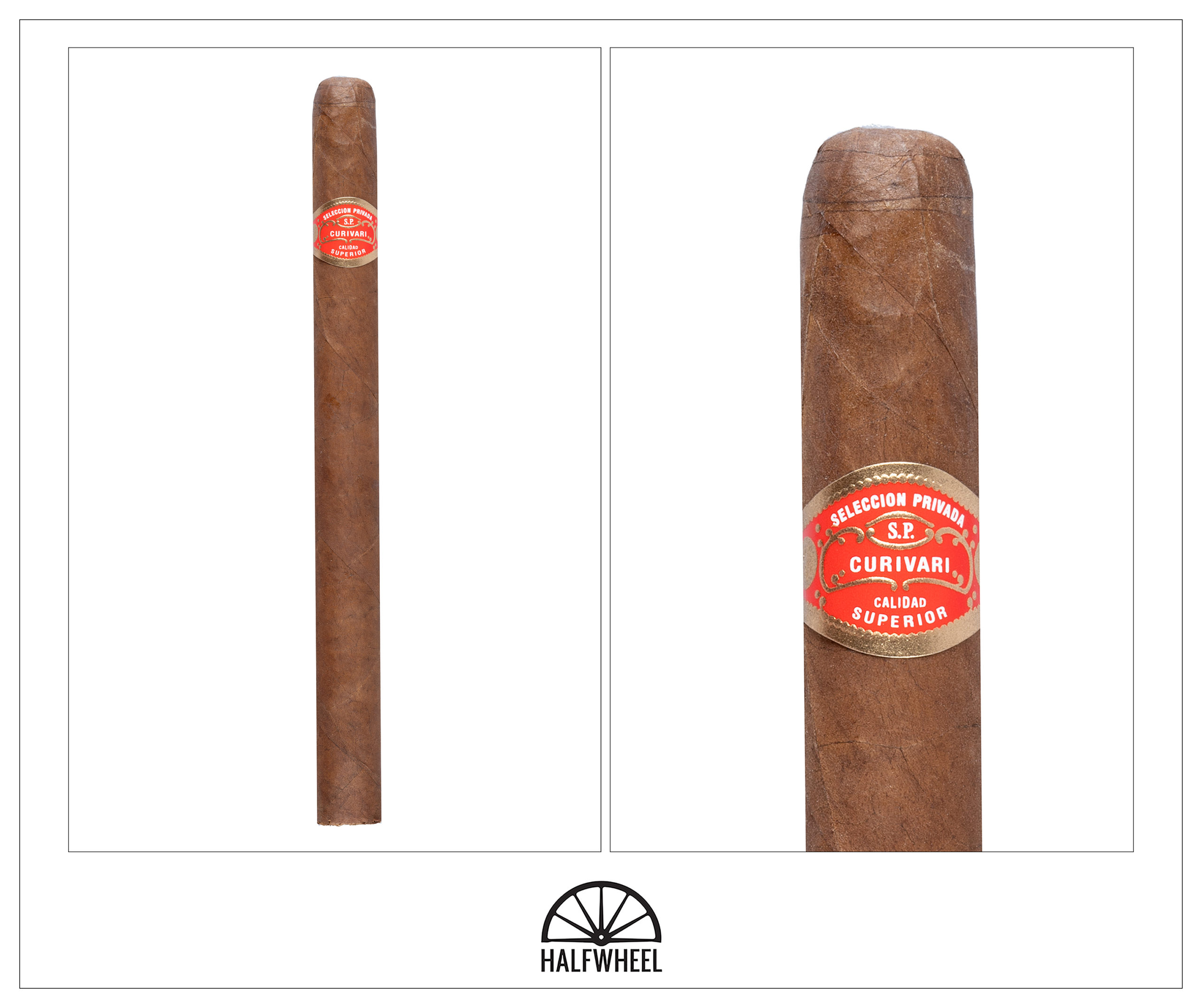 A milk chocolate brown wrapper that is silky smooth to the touch—but also virtually devoid of any oil—is the first thing I notice when I pick up the Curivari Seleccion Privada Lancero Limited Edition 2021. In addition, there are quite a few noticeable bumps as well as a slight box-press to the foot, while the cigar is extremely spongy when squeezed. Strong aromas of wood, generic nuts, earth, leather, barnyard and hay emanate from the wrapper. However, the foot includes a number of different notes, including aromatic cedar, baker’s spices, dark chocolate, vanilla beans as well as a slight citrus note. Finally, after a punch the cold draw brings stronger than average flavors of almonds, cedar, espresso beans, hay, bready sweetness and a light varnish note.

Earth and spice—on the palate and on my tongue, respectively—are the two most obvious notes in the profile right after I toast the foot. While the earth remains near the front, a new and distinct anise note takes the top spot for the entire first third. Additional flavors of leather tack, hay, sourdough bread, generic nuts, cocoa nibs and a very slight citrus note flit in and out, while the retrohale features both light black pepper and graham cracker sweetness, neither of which seem to be getting much stronger as the third progresses. All three aspects of the construction—burn, draw and smoke production—seem to be working in perfect harmony on all three samples so far, and while there is a bit of bitterness on the finish, it dissipates about halfway through the third. Flavor is just under medium, body is mild plus and the strength ends the first third closer to medium than mild.

Things start to go wrong just after the start of the second third, as the profile of the cigar becomes noticeably muted compared to the previous third, with the formerly strong anise note replaced by a less compelling combination of gritty earth and generic leather. Additional flavors of bread, nuts, hay, dark chocolate and anise show up at various points, although the latter note is not nearly as strong as it was in the first third and is fading fast. While there is still both graham cracker sweetness and black pepper noticeable on the retrohale, they are just not distinct enough to really affect the profile in any major way. In terms of construction, the draw and smoke production continue to give me no issues on all three cigars, but there is enough of a problem with one sample that it needs some attention with my lighter. Flavor hits a sold medium, body is just under medium and the strength ends the second third at medium, although it seems to be leveling off a bit. Unfortunately, two out of the three samples run into major issues during the final third, specifically when it comes to randomly going out. While one of the Curivari’s continues giving me virtually no issues other than a continuation of the more muted flavor from the second third, the other two cigars each go out at various points—twice for one sample, three times for the other one—for no discernible reason despite a very similar puff rate. This causes issues not only with the flavors in the profile—which is made up of fairly generic notes of earth, leather, nuts and dark chocolate, along with a very slight but familiar anise flavor—but also the overall balance. I do manage to smoke all three cigars down to around an inch remaining: flavor and strength end up still at medium, while the body remains just under medium. Each of the three of the Curivari Seleccion Privada Lancero Limited Edition 2021 I smoked started off wonderfully, with a fairly unique profile full of anise and nuts interspersed with black pepper and graham cracker sweetness on the retrohale. However, all of that changes just after the start of the second third: the profile becomes increasingly muted, with flavors not as bright on the palate and the main notes becoming a much more pedestrian combination of simple earth and leather. Unfortunately, the issues extended to other aspects of the cigar as well, with virtually problem-free construction in the first third turning into a mess in the final third that included multiple relights. If the entire cigar was identical to the first third, the Curivari Seleccion Privada Lancero Limited Edition 2021 would have scored significantly higher, but having to smoke the full cigars turned out to be an exercise in frustration.