At the 2015 IPCPR Convention & Trade Show,  Curivari released a new variation of its Achilles brand named after the Trojan War hero in Greek mythology and central character in Homer’s Iliad. The name of the new blend, Mirmidones, builds upon that theme, and is named after the warriors that were both trained and commanded by Achilles. The new blend replaces the Nicaraguan wrapper of the original Achilles brand with a Mexican San Andrés leaf, but keeps the same Nicaraguan tobaccos in both the binder and filler. Visually, the Achilles Mirmidones 52 seems nicely rolled with an extremely dark wrapper that exhibits some tooth when I run my finger down the lenth of it along with a very soft box-press. There is obviously quite a bit of tobacco in it, and it is quite dense when held in my hand, and is appropriately spongy when squeezed. Aroma from the wrapper is a combination of earth, manure, citrus, sweet milk chocolate and cinnamon, while the cold draw brings flavors of strong barnyard, hay, earth, leather, cocoa and slight black pepper.

The Achilles Mirmidones 52 starts off the first third extremely earthy, with a dominant combination of leather, barnyard and gritty earth, interspersed with bitter espresso, hay, dark chocolate and oak. There is a very slight dark berry sweetness on the retrohale, but it is just not strong enough to place this early on. Construction is quite good overall, with an excellent draw, although I do have to touch up the burn once to keep it from running away. Strength-wise, the Achilles is not exactly a powerhouse, and ends the first third well short of the medium mark. Coming into the second third of the Achilles Mirmidones 52, and the dominant flavors remain almost unchanged: strong gritty earth, leather and hay. Other notes of dark cocoa, coffee beans, oak and slight citrus flit in and out, fighting for space. The sweetness on the palate is more noticeable, and reminds me strongly of molasses, but it is still not strong enough to really make that much of a difference the overall profile. The burn has become a little wavy, forcing me to touch it up a couple of times, but the draw is still excellent, and the smoke production remains above average. The strength hits the medium mark late in the second third, but stalls out there, and I am thinking it won’t go much further than that. The final third of the Achilles Mirmidones 52 features more molasses sweetness, especially on the retrohale, and it integrates nicely with the still dominant earthy and leather flavors. The secondary flavors are still basically the same: coffee, hay, peanuts, cinnamon and dark chocolate. The draw remains excellent, and the burn has evened out nicely, while the smoke production continues to impress. As I expected, the overall strength goes nowhere compared to the second third, and ends up still at a solid medium by the time I put the nub down with less than an inch left. 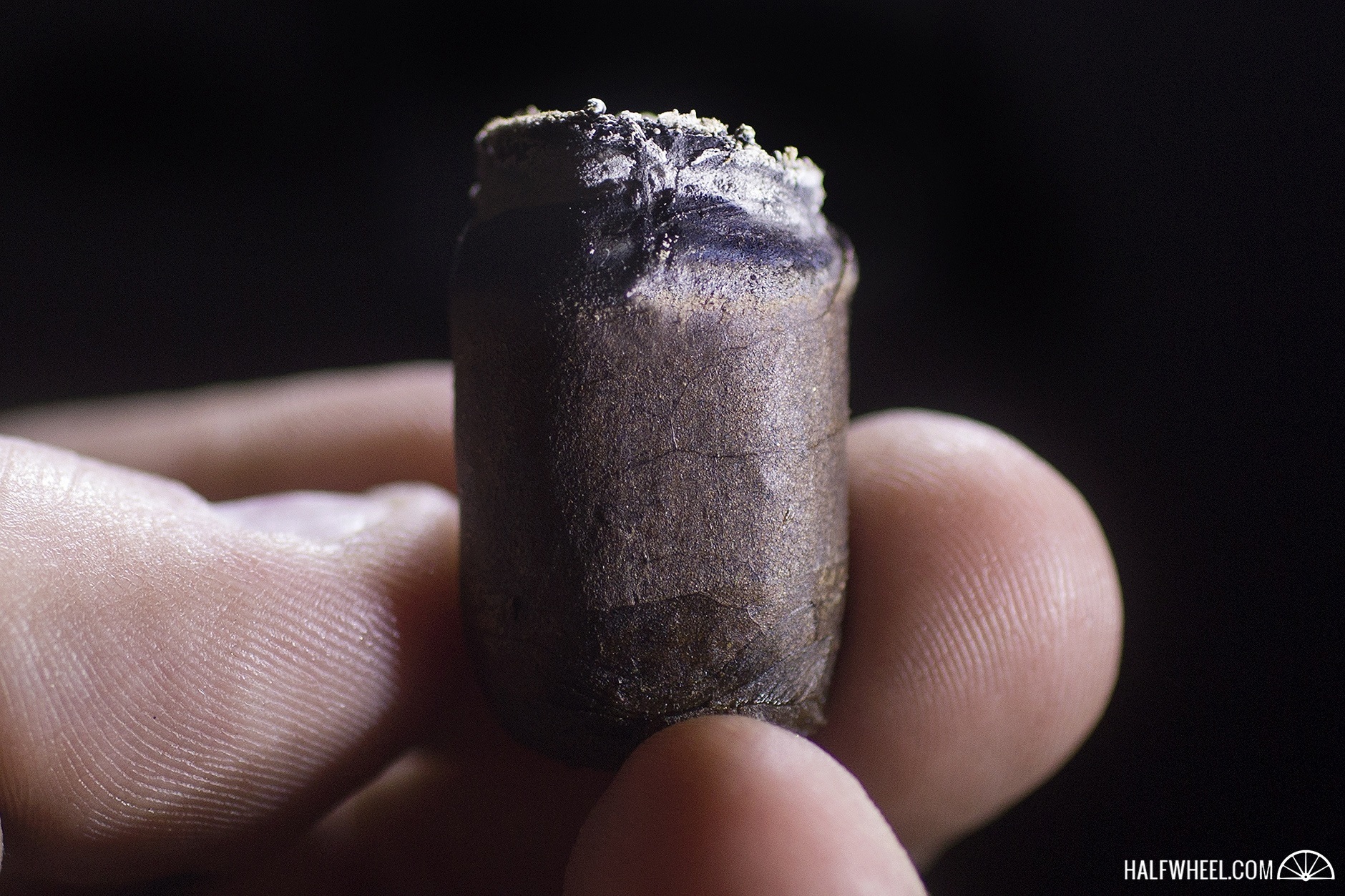 Unfortunately, the addition of the Mexican San Andrés  wrapper seems to do very little to actually improve the profile of the cigar compared to the original Achilles I have smoked. While there is a little bit of added sweetness in the profile—especially in the final third—it is weak and indistinct, more of a side note than anything than can be called a major player. The rest of the flavors in the blend are enjoyable and well integrated, but not overly complex or nuanced. In the end, the Achilles Mirmidones 52 is a decent release, but there are much better cigars on the market for the same or better prices.