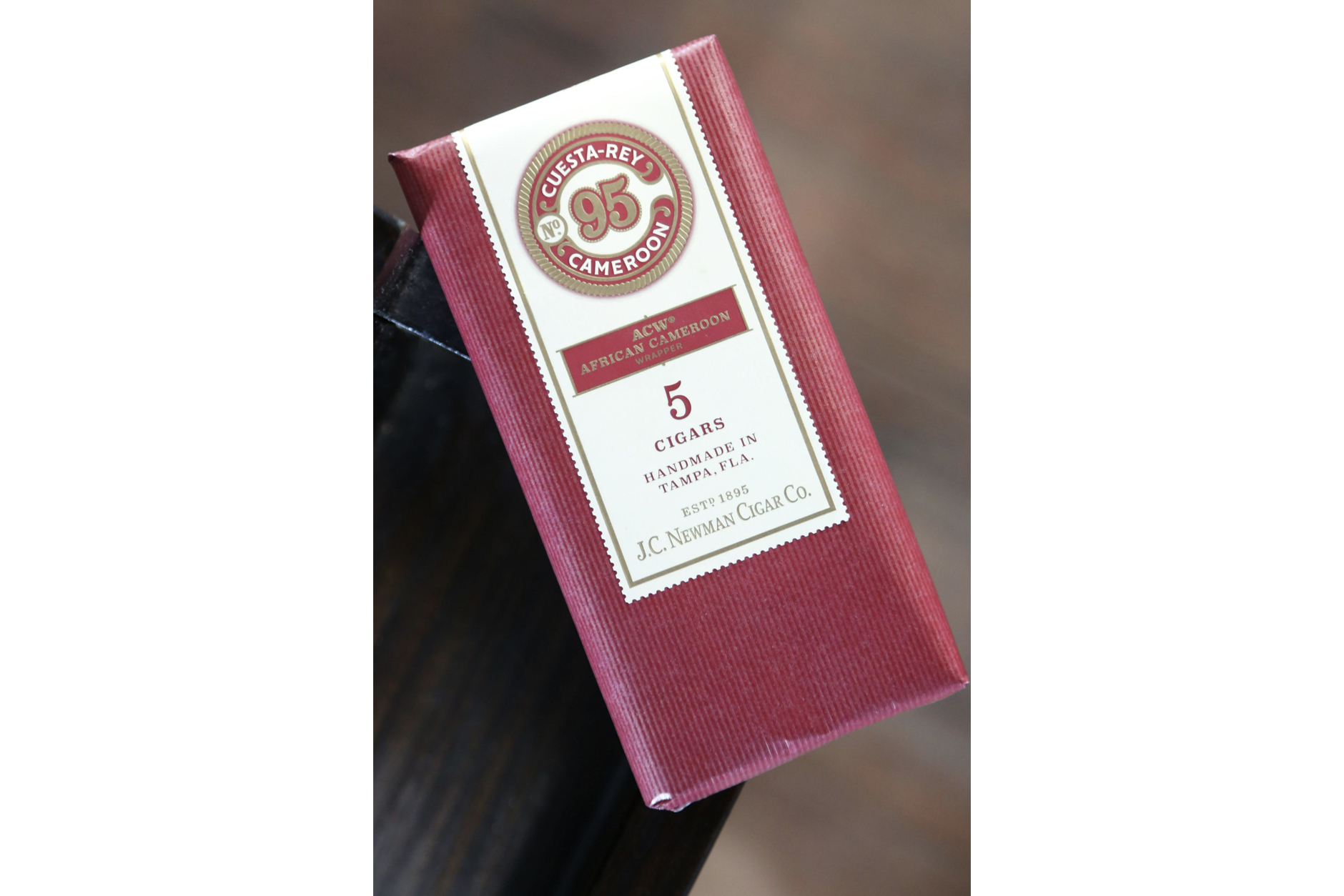 Today mark’s the 127th anniversary of the founding of J.C. Newman and the company has a special cigar to celebrate. It’s the new Cuesta-Rey No. 95 Cameroon is now on sale at El Reloj, the J.C. Newman cigar factory in Tampa’s historic Ybor City.

The new cigar is a 6 1/4 x 42 lonsdale that uses a Cameroon wrapper over a Connecticut broadleaf binder over fillers from the Dominican Republic. While the current iteration of the cigar went on sale today, it’s actually a blend that was developed in the 1960s by Stanford Newman. Notably, this cigar is produced at the small premium cigar operation in El Reloj, best known for producing The American.

“After the Cuban Embargo was imposed in 1962, my grandfather, Stanford J. Newman, scoured the world for new types of tobacco,” said Drew Newman, the company’s fourth-generation owner, in a press release. “He discovered exquisite African Cameroon Wrapper (ACW) and was the first premium cigar maker to use it in the United States. Stanford wrapped ACW with a Connecticut Broadleaf binder and long filler tobaccos grown in the Dominican Republic to create the Cuesta-Rey No. 95. It was smooth, elegant, and flavorful, and became the top-selling premium cigar in the United States in the 1960s and 1970s.  Sixty years later, we are proud to have recreated the original blend of my grandfather’s most famous cigar, the Cuesta-Rey No. 95.” The new version is priced at $15 per cigar and is only offered to those who take a tour of the company’s factory or attend a special event at the factory. J.C. Newman has a museum within its working cigar factory, which produces cigars using vintage cigar machines assisted by human workers as well as premium cigars in a traditional manner. J.C. Newman uses the factory as its headquarters and warehouse but it also houses a museum, event space, and a store where J.C. Newman sells regular production and exclusive items.

If the name “Cuesta-Rey No. 95” sounds familiar it’s because J.C. Newman sells a cigar called the Cuesta-Rey Cabinet No. 95 that uses a similar blend recipe but is produced by Arturo Fuente in the Dominican Republic.