As part of the annual Festival del Habano, Habanos S.A. delivered its annual revenue number for the previous year: $439 million.

The number is down slightly from last year’s $447, the first time Habanos S.A.’s revenues dropped since 2009. 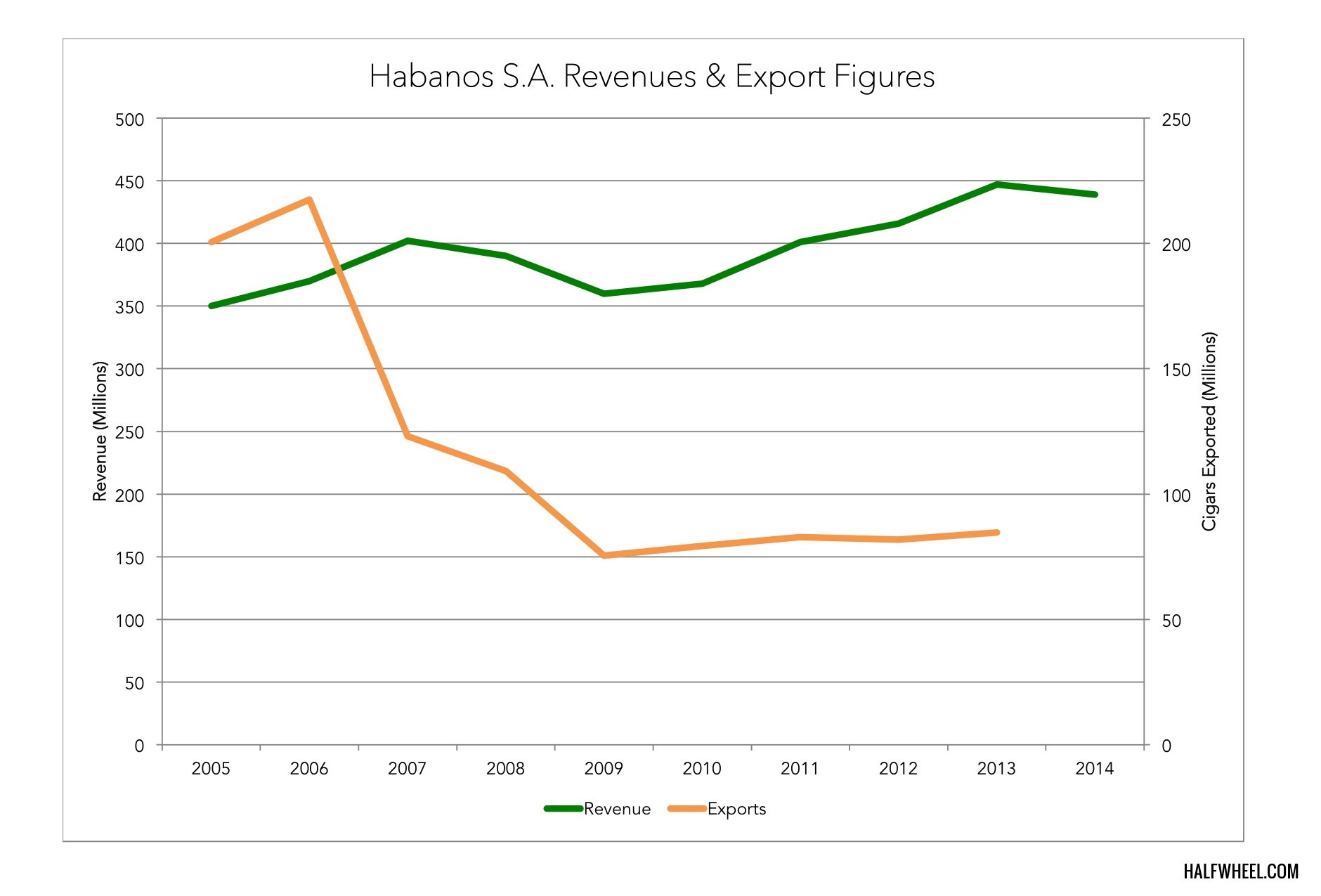 “The results for the year are positive,” said Luis Sánchez-Harguindey, co-president of Habanos S.A., in a statement. “We practically maintained the same level of sales as the previous year, despite the particularly difficult climate we have experienced over the past year. On a global level, we have ensured that our share remains above 70% (not including the US market), which is a real success. We will also continue to have a clear focus on the emerging markets, which are showing excellent sales growth, and where we are successfully spreading the Habano culture.”

Market share and the United States were heavy themes during the opening press conference. Habanos executives said they hoped to capture 25-30 percent of the U.S. market in the first year following the lifting of the embargo with the ultimate goal of achieving 70 percent of the market.

Export numbers were not released; the Cuban government typically posts those numbers later in the year.