With the exception of 2002, Habanos S.A. has released the Edición Limitada series every year since 2000. For the first few years, four or five marcas were chosen to be released in a special vitola that wasn’t normally available. Starting in 2005, this was limited to three marcas, albeit with only two officially in the 2015 program, probably due to the Montecristo 80 Aniversario which was also released that year. 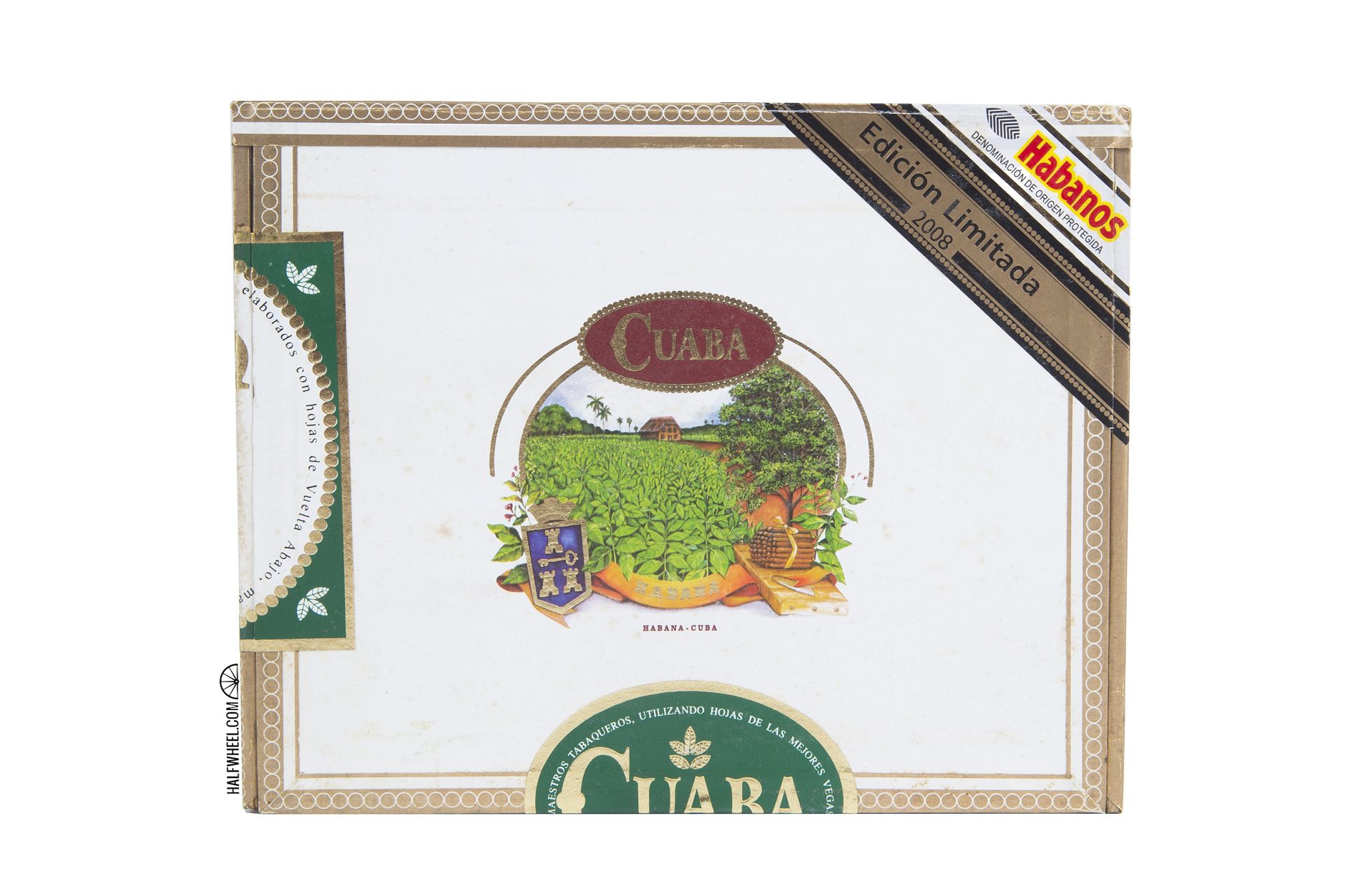 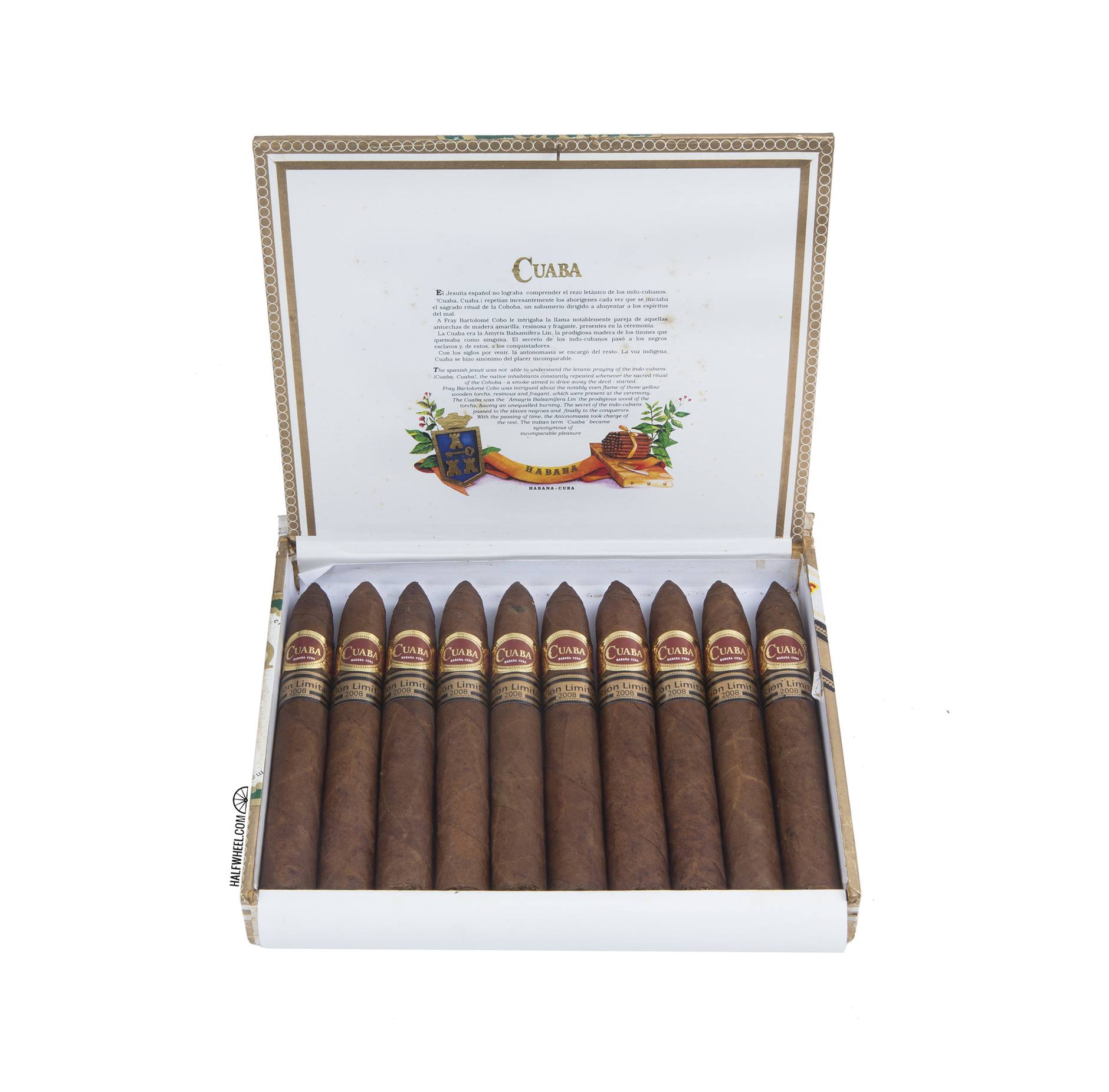 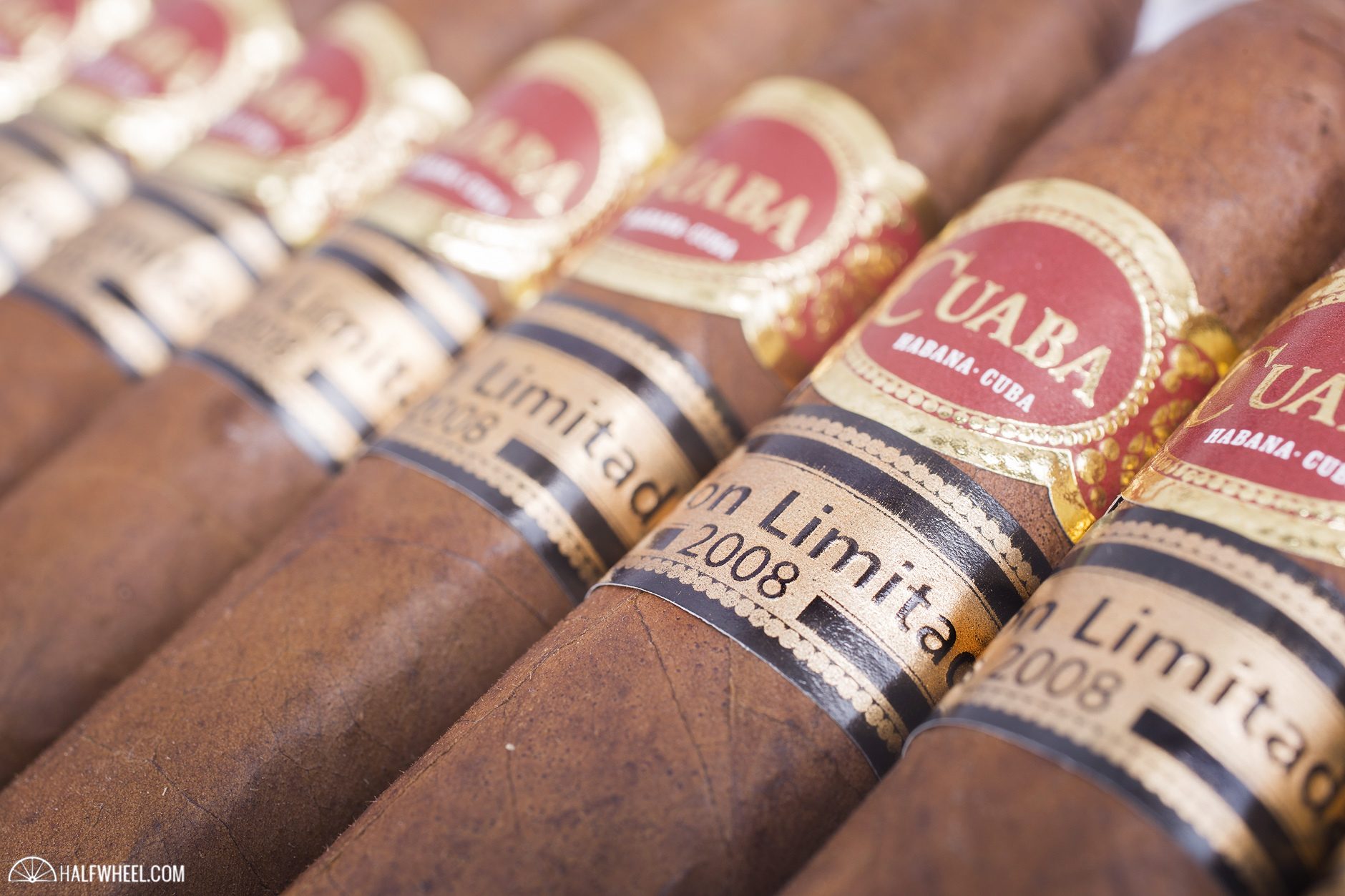 Originally, the wrappers used for Edición Limitadas were from higher primings of the tobacco plant, which were then aged two years, producing darker wrappers than you would normally see in the regular production. In 2007, the program was changed to use tobacco that was aged two years throughout the cigar, not just the wrapper, but the binder and filler as well.

In 2008 one of the marcas chosen was Cuaba, which is the first and only time that Cuaba has shown up on the Edición Limitada list. 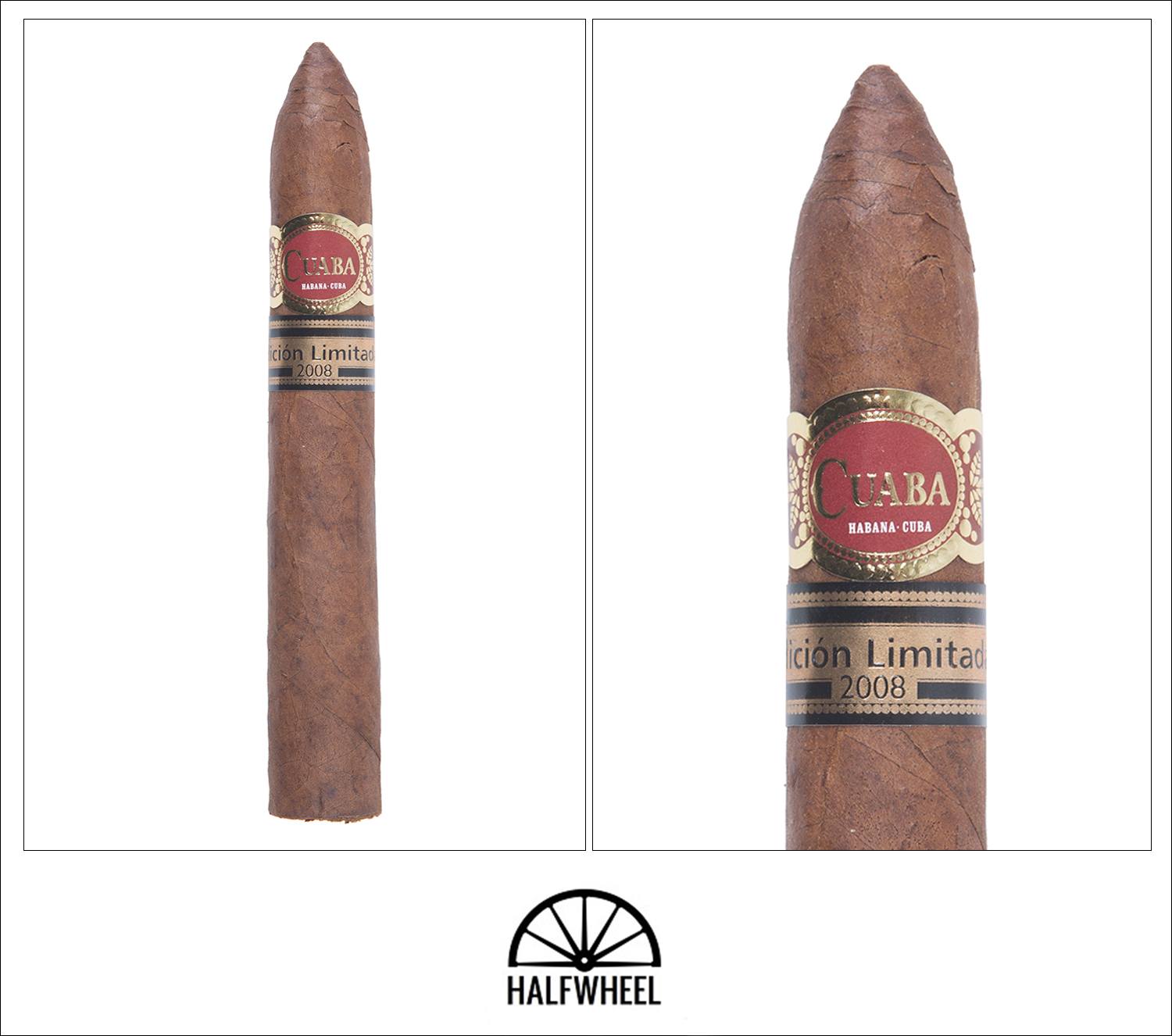 The wrapper of the Cuaba Pirámides is supple, like well worked leather. When squeezed there’s a little more than what I would call normal give, perhaps enough to be called soft, but not enough to be squishy. There’s an extremely light nutty aroma coming off the wrapper—so light that it’s almost not there—but is also almost the only aroma I can detect. Thankfully, the cold draw isn’t as anemic, with a delicate profile of earth, nuts, a mild citrus and a touch of hay.

Starting into the first third there is certainly more punch to this than I would’ve expected from a cigar that has almost a decade of age. A bold spice leads up front, with sweet peppers, black pepper and a creamy hazelnut that follows closely behind. A retrohale proves to be a real kick in the nose, with only hints of spice behind an overwhelming black pepper note. The draw is quite nice, right in the middle of what I would call ideal. Starting out the burn wants to tunnel in one small section immediately, but after a little rest between draws is mostly evens itself out into what could best be described as a wavy burn line. The ash isn’t the densest I’ve seen, but it certainly holds together well enough that it’s not flaking off in my lap and doesn’t need deposited into my ashtray until around the inch mark. After about an inch and a half the peppery notes have died down significantly, leaving a slightly sweeter, more earthy profile. Spice still leads up front, but mixed in the background is a nice combination of cocoa, creamy hazelnut, black pepper, some bread and a hint of leather. 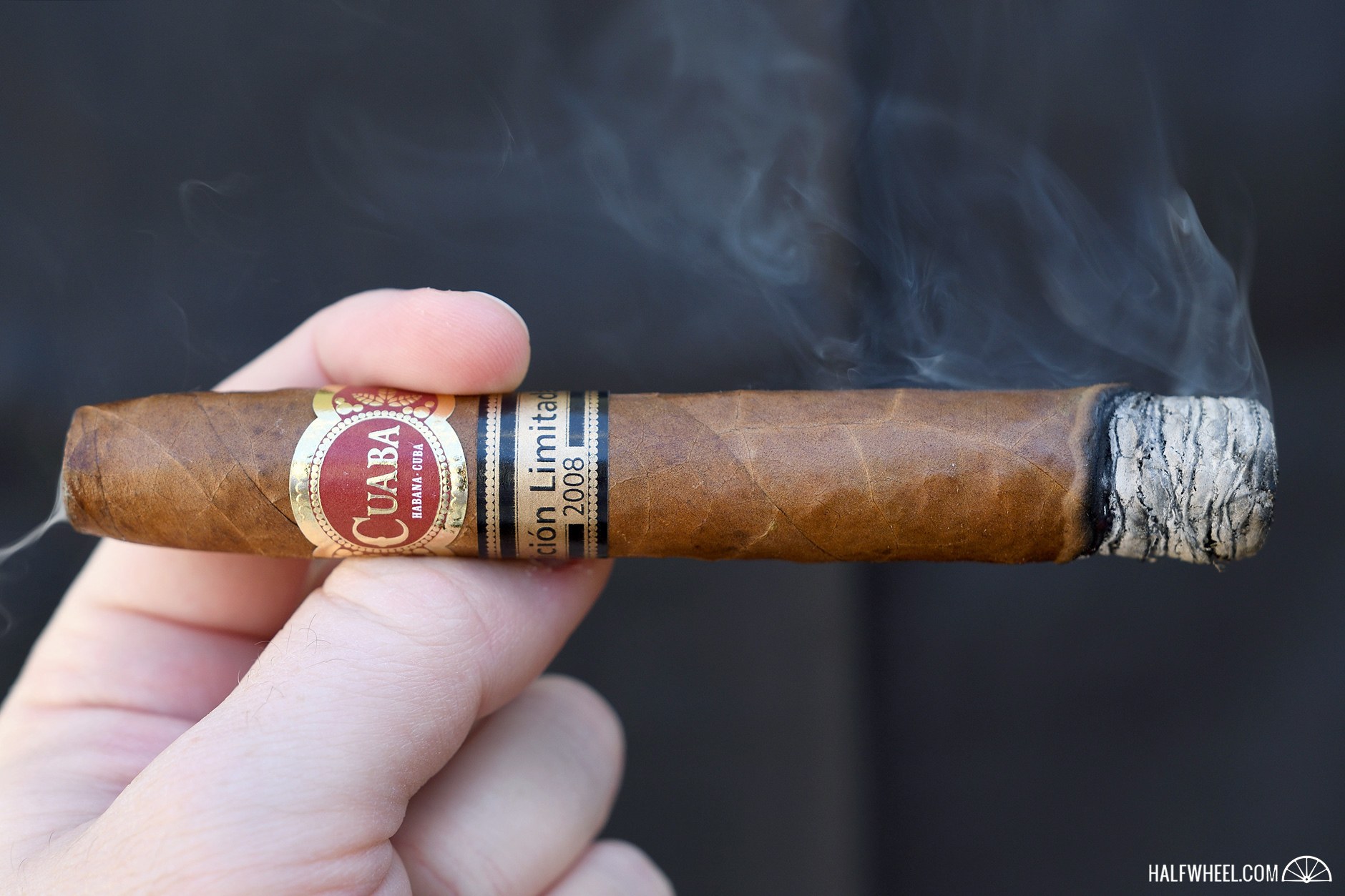 As I shift into the second third of the Cuaba there isn’t too much change, with the profile continuing its spice forward approach. The creamy hazelnut and bread notes seem to want to push forward a little, while a light espresso joins the other background notes. The burn has left a section unburnt and behind the rest, requiring me to help it along, though it doesn’t seem to be affecting the profile overly much. While I wouldn’t say the smoke coming from the cigar is billowing or plentiful, it’s enough that there’s a nice aroma that lingers in the air around me. An earthy note has joined the background notes of black pepper, leather and cocoa, while the creamy hazelnut and bready notes continue up front with the rich spice. 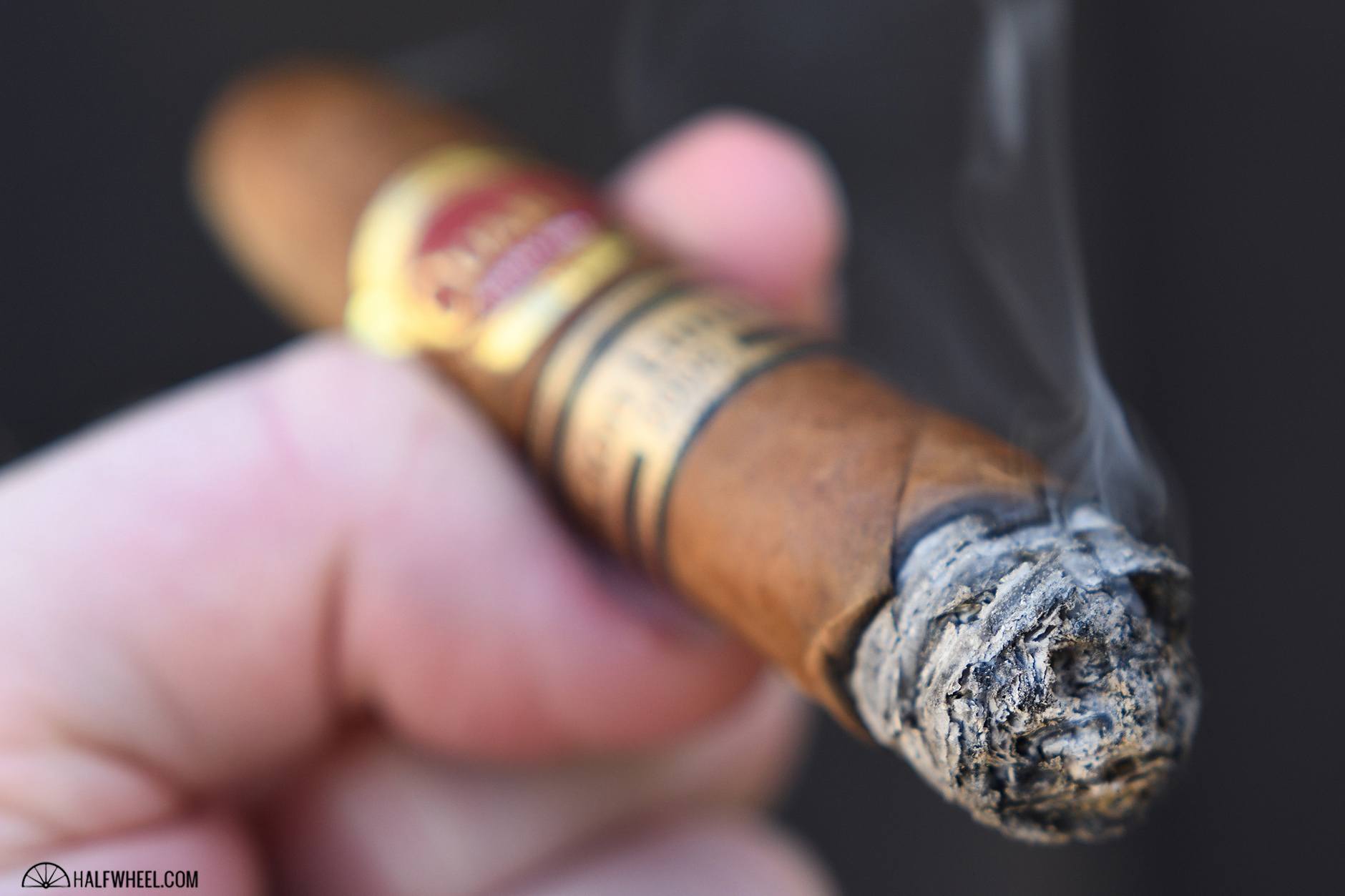 The final third seems to be just more of the second, with an overall creamy profile of spice, bread, hazelnut, cocoa, leather, earth and a dwindling black pepper. Interestingly enough, though the pepper seems to be reducing, the profile’s sweetness is starting to dwindle slightly as well. Another touch up is needed, as one quarter of the Cuaba Pirámides doesn’t seem to be able to burn at the same rate as the rest. Getting towards the end there is a very light harshness that is starting to develop, though it’s not terribly noticeable unless you’re really paying attention. Other than that it finishes well, keeping with the same enjoyable profile until the end. 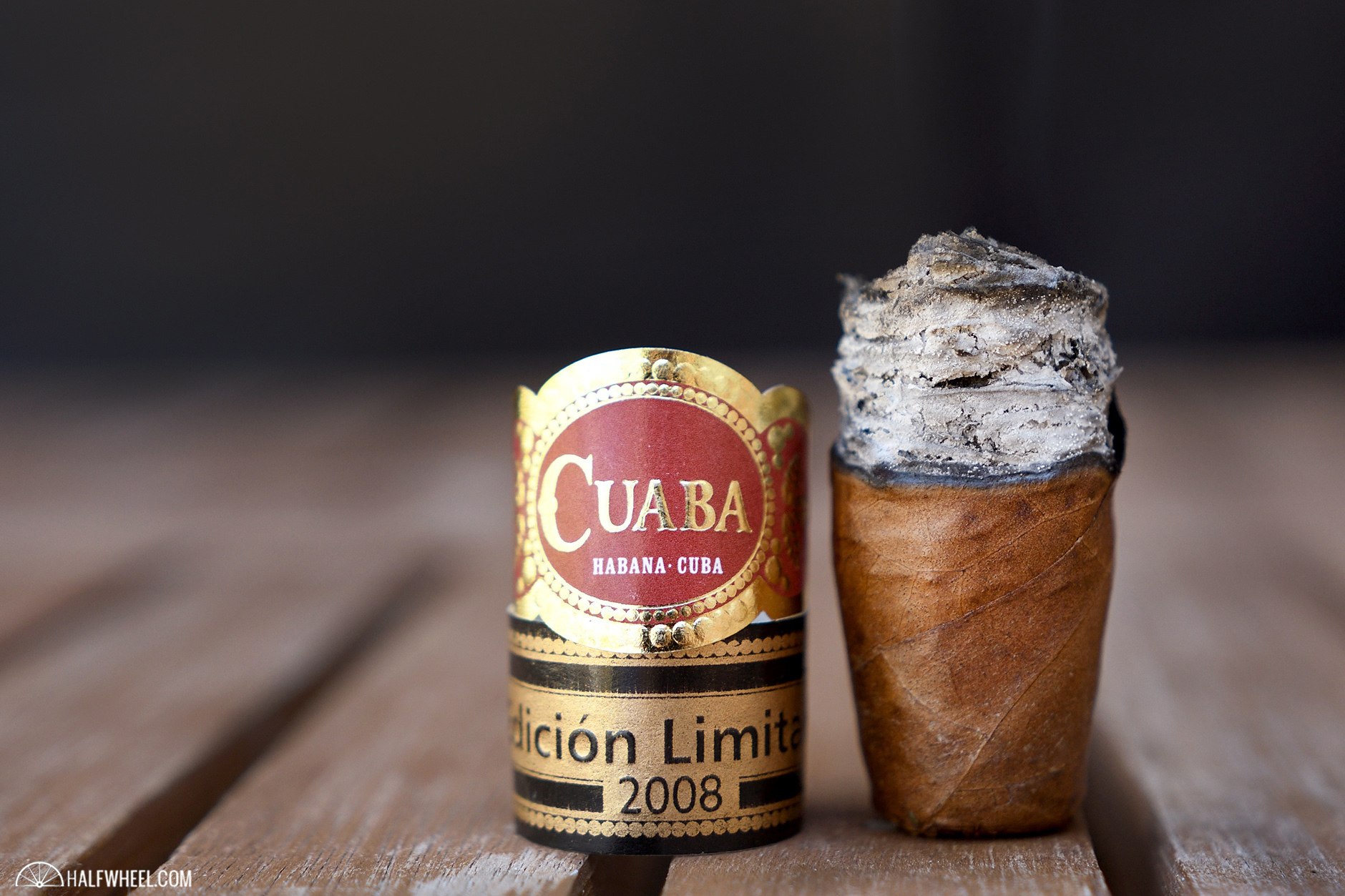 While I’ve smoked a number of Cuabas in the past, I’ve never sought out any of the special releases or bought any full boxes. It’s not that I don’t enjoy them, but I find myself gravitating to other marcas first. The Cuaba Pirámides was enjoyable, though the intensity of the black pepper at the beginning was a surprise. With the tobacco having been aged two years prior to being rolled and released, and an additional nine years of age on top of that, I would’ve expected something much more mellow. It makes me wonder what the profile was like when it was fresh. After the first inch however, the profile settled down into something that was a little more what I was expecting. The construction was not the best, requiring multiple touch-ups for a burn that didn’t want to cooperate, but it certainly wasn’t the worst - and at least it was consistent across all three samples. With the wide range of prices, I doubt it’s a cigar I’ll seek out or smoke again, but I did enjoy it and I’m glad I had the opportunity to.