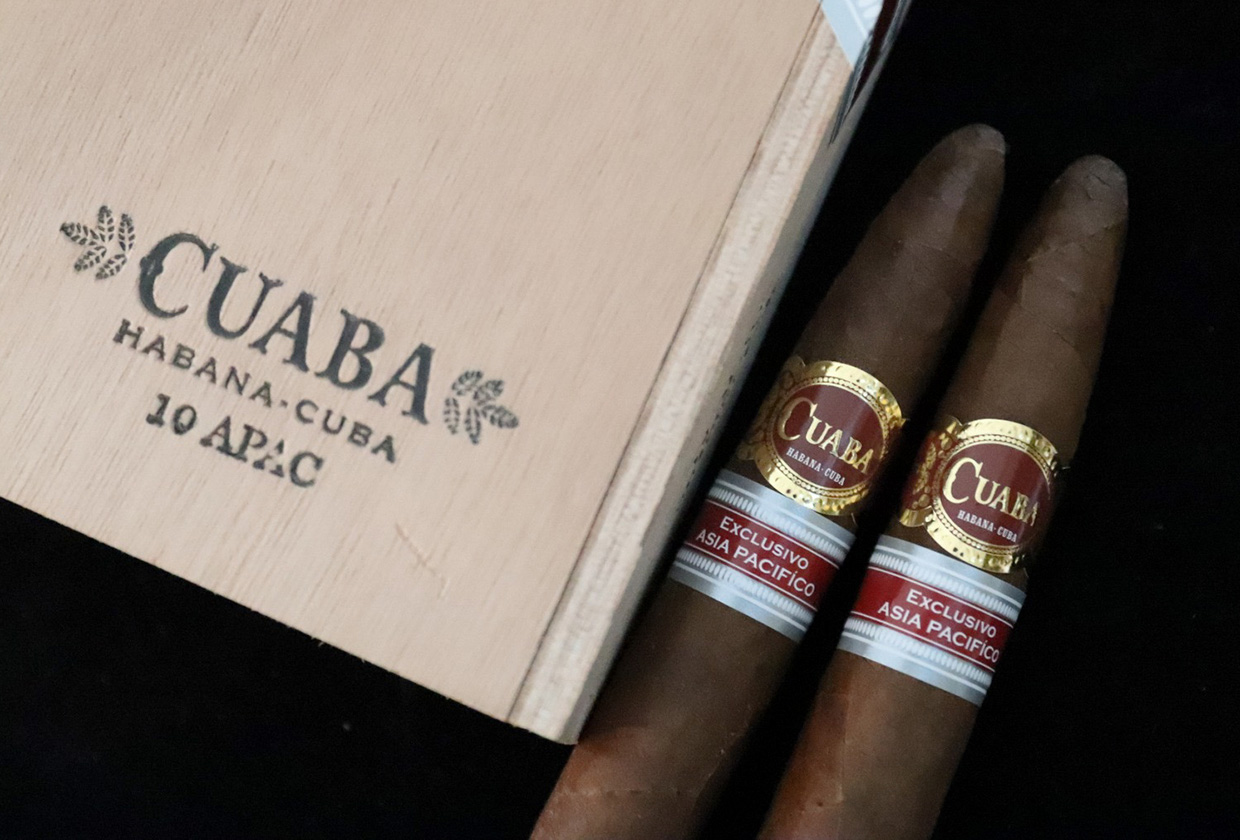 There’s a new Edición Regional on the shelves of Hong Kong retailers, and it’s the first Cuaba to bear the distinctive secondary band.

It’s the Cuaba APAC, a perfecto that measures 6 1/4 inches (158mm) long with a 47 ring gauge, a vitola known as Tacos and which is best known as the same one used for the Partagás Presidentes. It has also been used for the Hoyo de Monterrey Elegantes, an exclusive to La Casa del Habano retailers, and another recently released Edición Regional, the Ramón Allones Perfecto, released for Mexico. 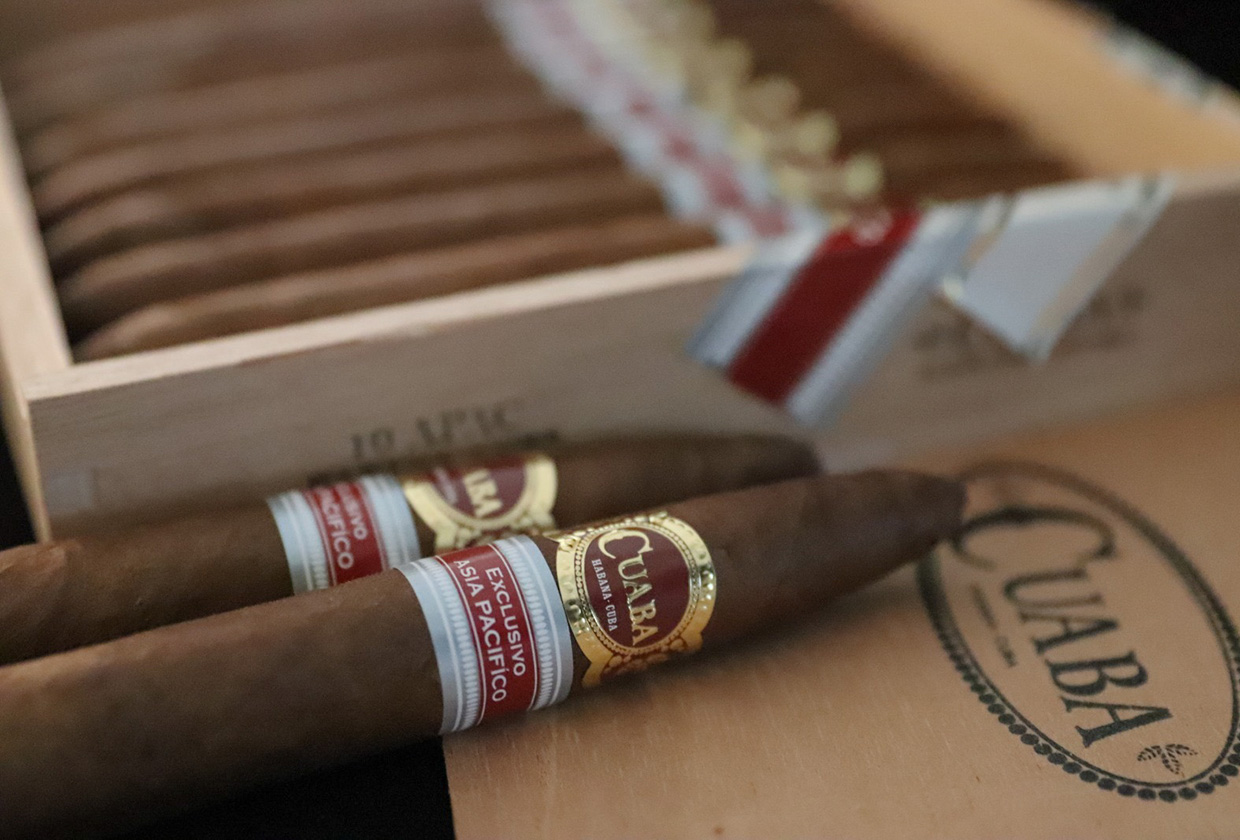 The Cuaba brand is one of the more recent additions to the Habanos S.A. portfolio, debuting in 1996, and falling in the medium to full flavor range.. It is known for offering only perfecto vitolas in its regular production sizes, while every Cuaba release to date has been some sort of figurado.

Pacific Cigar Ltd. has commissioned 8,888 boxes of 10 cigars, with pricing set at HKD318 ($40.96) per cigar in Hong Kong. Pricing will vary in the other countries throughout the Asia Pacific region in which Pacific Cigar Ltd. distributes Habanos S.A. products, with arrival throughout the Asia Pacific region expected to come soon.