Like the rest of the company’s lines, it is made at Plasencia Cigars S.A. in Estelí, Nicaragua. It uses a habano wrapper from the Jalapa region of Nicaragua, a Nicaraguan binder and filler tobacco from Honduras. 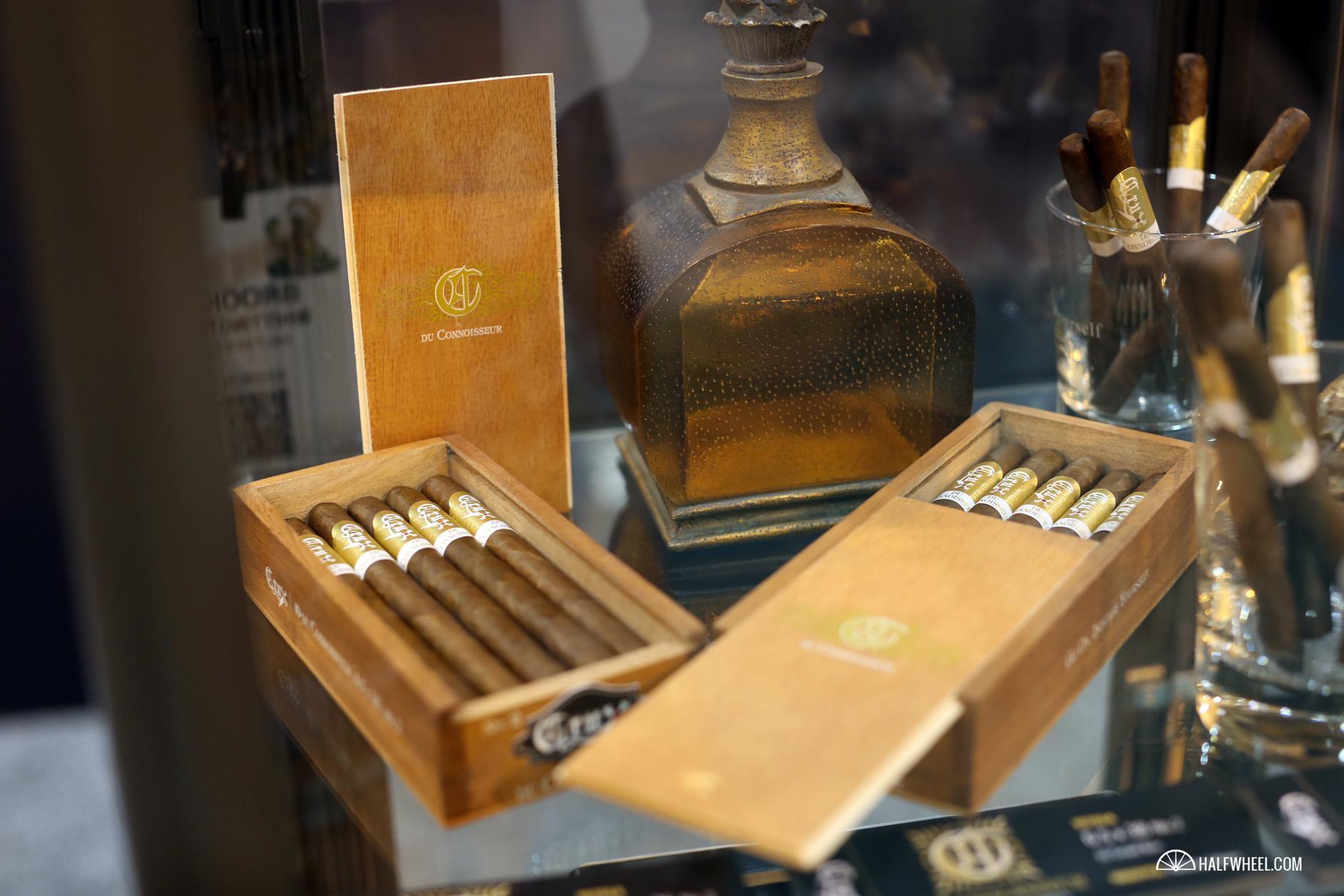 du Connoisseur was slated to arrive in October, but Casey Haugen, who handles operations for the company, told halfwheel the release has been delayed until December. The gold Crux bands are great, particularly against the deep reds of the Jalapa-sourced wrapper. There’s neither a pigtail, nor a triple cap, but it’s nice and evenly-applied. The cigars have been loose in a humidor since the trade show and as such, there’s not a ton of aroma left: parchment paper and leather. From the foot, I pick up sweet barbecue, vanilla and some coffee. The cold draw is dominated by wheat pasta in front of some lemon grass and an artificial candied raspberry note.

For better or worse, the du Connoisseur’s draw tightens once the cigar is lit. It’s nothing alarming, but it is the first thing that I notice once the cigar is lit. Flavor-wise, there’s an extremely rich vanilla milkshake over some sunflower seeds and earthiness. The sweet vanilla flavor continues to lead the pack, now joined by some big cedar, whole grain cereal, a generic meatiness and some water chestnuts. While the flavors are only medium-full, there’s an added richness to what’s there. Strength is medium and body is medium-full. Despite the draw tightening on the initial puff, it manages to loosen up back to a relatively normal feel for a 38-ring gauge. As great as the construction has been for the first third, on two samples, the cigar suddenly goes out right around the halfway mark. I’m not entirely sure what the cause is, but it’s not the greatest sign. The flavor–almost oddly–remains fairly consistent with the vanilla moving into a creaminess joined by some walnuts, oak and a lot of bark. There’s a dry mustard powder, sweet coffee and some lemon through the nose. It’s a rather odd combination from the Crux, but it works with the flavors being somewhat isolated towards one another. Strength picks up to medium-full and the flavor also increase to full. Smoke production isn’t helped by the du Connoisseur going out and I have to work a bit more to keep the cigar burning at a consistent and healthy pace. 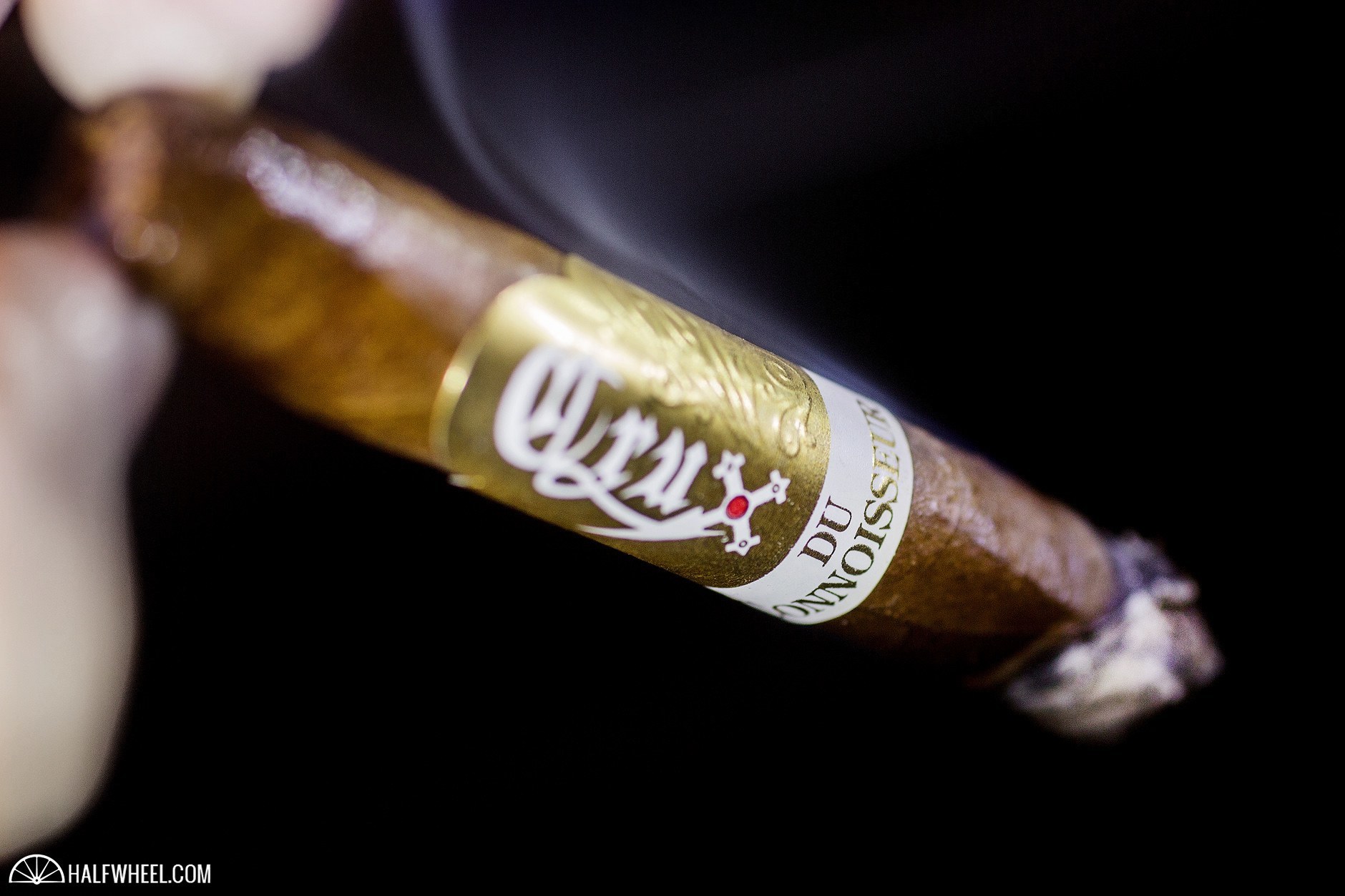 With some of the aforementioned added help, I manage to keep the du Connoisseur burning smoothly until the end. Flavor takes a noticeable turn with the sour cream and onion potato chips now the most prominent flavor. There’s some creaminess, salted caramel and a bit of harshness behind it, but all three are clear secondary notes by a relatively large margin. I manage to burn the Crux down to the last inch before the difficulty with the burn becomes too much for me. This might be the first time you ever read this at this site, but I’d like to try this in a larger ring gauge. I applaud Crux for not only making a smaller ring gauge cigar, but making a plethora of it. Unfortunately, I feel like the flavor profile was oftentimes influenced by the cigar’s inability to stay lit. For much of the time, it was a rich, full and unique cigar, but it was helped neither by harshness when I found myself needing to increase puff rates to keep the cigar burning, nor by the times it simply went out. It's still my favorite Crux to date and one I’ll try in the other two sizes once they come out.