Crux Cigars will be releasing its first exclusive at an event in Texas this weekend.

The new release is a 5 3/4 x 46 corona gorda in the company’s Classic blend, which incorporates a Nicaraguan habano Jalapa wrapper covering Nicaraguan tobacco for both the binder and filler. This will bring the total number of vitolas in the Classic line to four: the aforementioned Corona Gorda, Churchill (6 3/4 x 47), a Robusto (5 x 50) and a Toro (6 x 52). The line is made at Plasencia Cigars S.A. 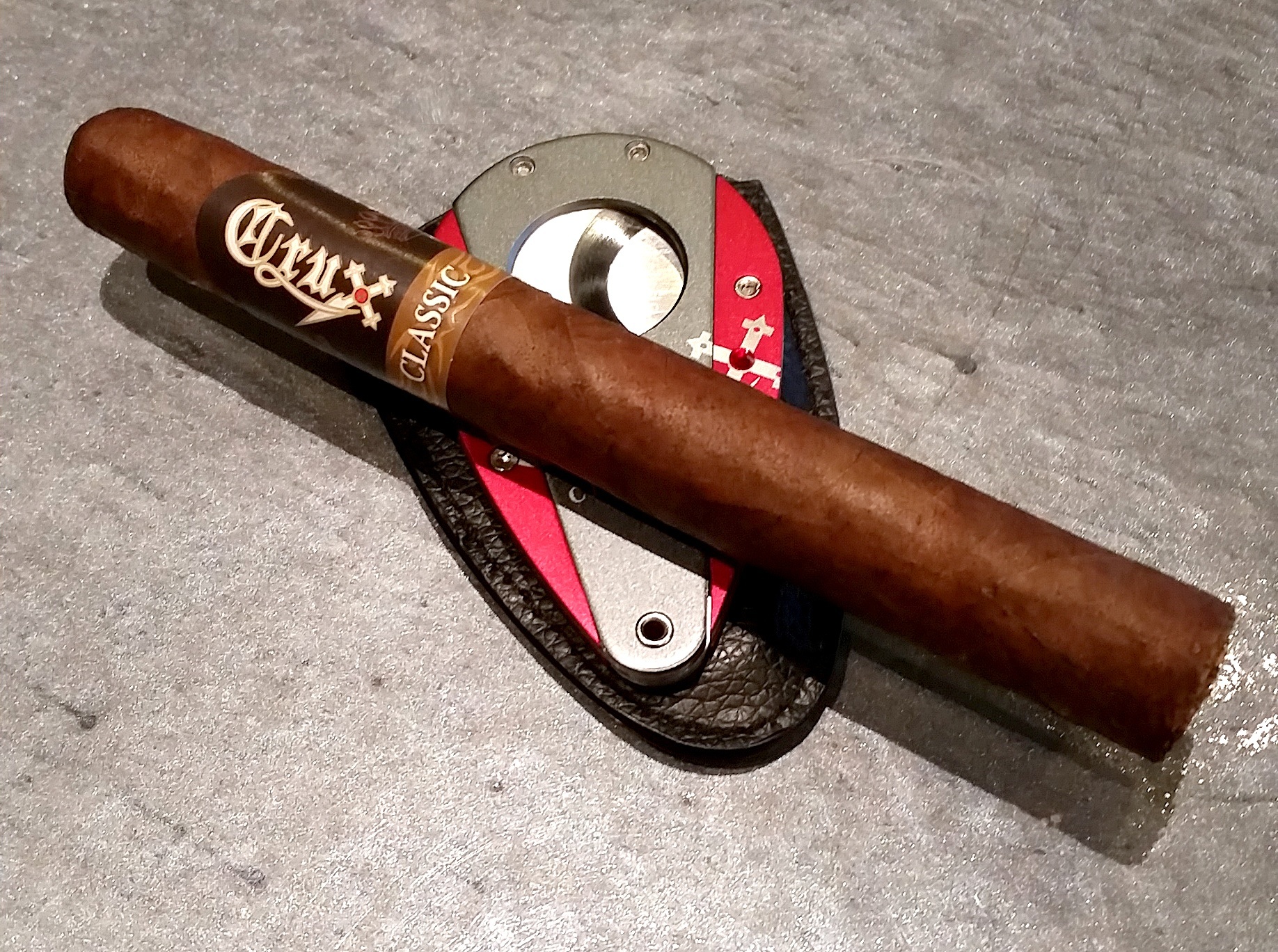 The new cigar will not be in large supply, only 100 will be available at the Cigar Bazaar, a multi-vendor event hosted by Elite Cigar Cafe in Addison, Texas this Saturday. The Crux Classic Corona Gorda will be available in samplers, which contain one cigar from the 11 vendors there, plus XIKAR. A representative from Crux indicated there are no plans to make any additional Corona Gordas.