After launching its initial three cigars in April of 2014, Crux Cigars has had a busy and seemingly successful first year. The effort that Jeff Haugen and Joel Rogers put in for over two years leading up to their official launch showed, especially at the 2014 IPCPR Convention & Trade Show where Crux was quite busy opening up new accounts all across the country. A year and five separate lines later, there’s quite a bit more selection and range from a company who launched with a handful of 33 or 32 ring gauge cigars.

One of those cigars is the Skeeterz, a short but flavorful cigar weighing in at 4 x 32. Here’s what I originally had to say about it:

While I haven’t had the time to smoke the other offerings by Crux Cigars yet, the Skeeterz is a great introduction to this new company. The size is ideal for a quick lunch break cigar, an evening walk, or any other situation that you find yourself with a shorter time to smoke. While a 32 ring gauge cigar might be too small for some, it’s right down my alley and I really enjoyed it. Though not overly complex, the flavors were enjoyable and the construction was consistent. With the only other thing I could ask for being a good price point, at $2.99 a cigar that was delivered as well. These will be going into my rotation of short smokes and I can easily suggest picking some up to try for yourself.

The Skeeterz is still just like I remember it, a small but really well wrapper cigar. The wrapper barely has a seam I can find, while it looks like it was pulled tight over the binder giving it a slightly bumpy appearance. It’s still quite soft, though there isn’t much of an oily feel to it. There is a slight give when squeezed and doesn’t have any soft spots throughout. A wonderful aroma of cedar, hay, leather and a touch of cinnamon comes off the wrapper while the cold draw has the same licorice, cocoa and hay from before. 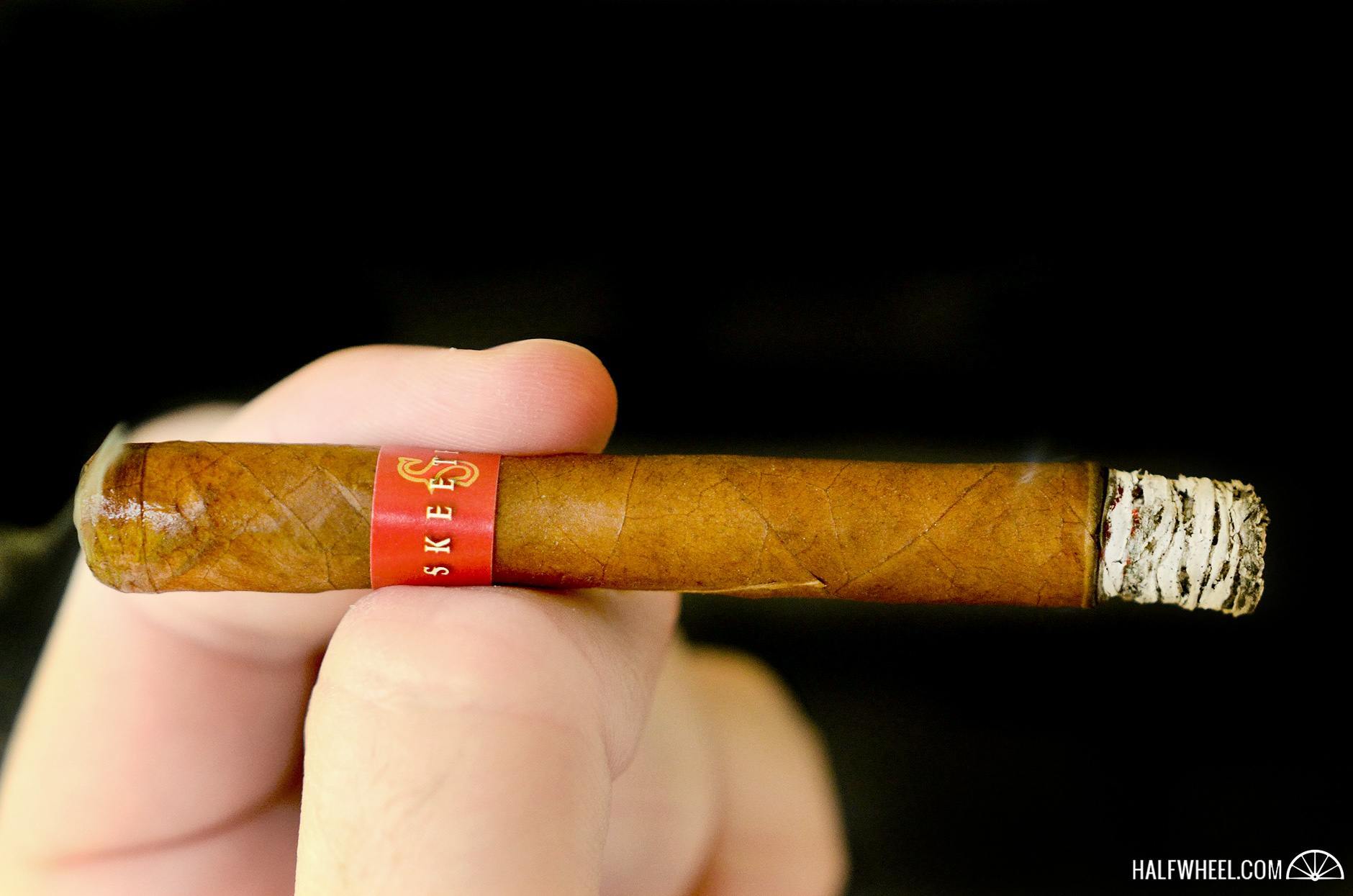 The excellent construction of such a petite cigar is quite impressive. The draw is ideal and each puff produces plenty of smoke, perhaps more than you might expect from something so small. With such a small ring gauge the ash still impresses me, holding firmly on to over an inch – meaning I only have to ash the cigar three times during the entire experience. The burn is fairly impressive as well, only needing a slight touch up around the halfway mark.

Smoking one sample from the original release and another that I picked up about six months later, there isn’t much change save the slight reduction in black pepper, which is a good thing in my book. This is a tasty little cigar that I’ve smoked plenty of over the last year, and one that will continue to stay in my rotation. It’s interesting to see what a year has done to it, and it’s nice to see that the profile has held up and mellowed out nicely. If you still haven’t gone out and picked up any of the Crux line, then you can’t go wrong with the Skeeterz to start out with.