Tennessee Waltz, the third release from the partnership between Crowned Heads and My Father Cigars S.A. is on track for a September release. It’s the first regional edition from the Nashville-based Crowned Heads and will be available only in the company’s home state of Tennessee. The 5 1/2 x 52 parejo will use a Connecticut broadleaf wrapper, another first for the company, while Nicaraguan tobacco is used for the binder and filler. Tennessee Waltz will be sold in boxes of 20 and will retailer for $9 each, or $180 per box of 20. 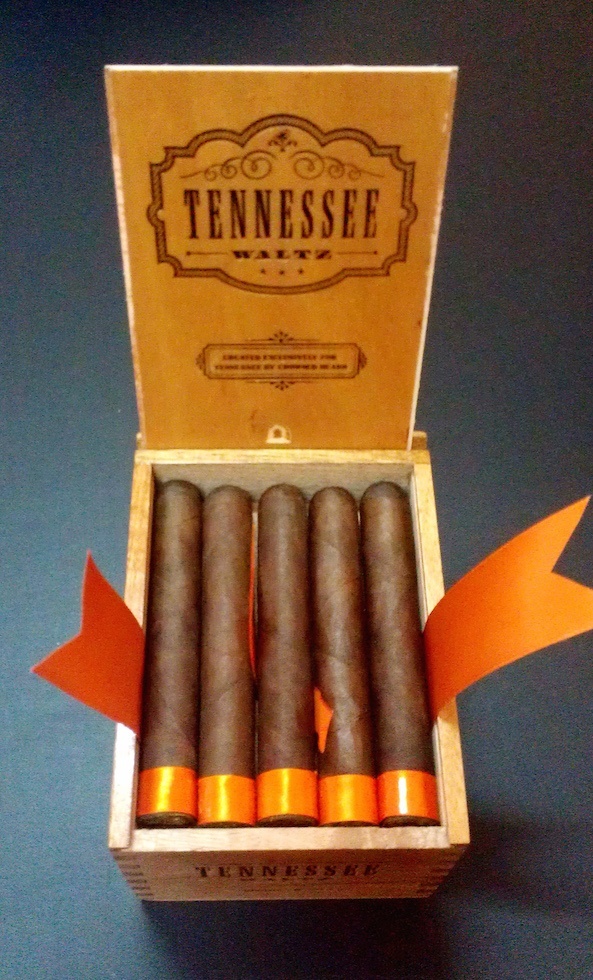 Each box will contain a card that explains the inspiration behind the name according to Crowned Heads co-founder Jon Huber.

“Tennessee Waltz” is a song that is near and dear to my heart.
It was the song that was playing in the dance hall when my maternal Grandfather met my Grandmother. I vividly recall him whistling that tune though out my childhood. It’s a song that was made popular in 1950 by Patti Page, and has been recorded by everyone from Sam Cooke to Otis Redding to Norah Jones.
The state of Tennessee is also near and dear to my heart. I met my wife here, my family is here, and of course, Crowned Heads is headquartered here in Nashville. Crowned heads owes a great deal to the people of Tennessee for their support from the very beginning. And so it is with a sincere spirit of gratitude that we present “Tennessee Waltz.”

It’s a limited production release that will be made as demand dictates. The company’s first batch is limited to 5,000 cigars and is expected to arrive at retailers in mid to late September.

At the 2014 IPCPR convention trade show, Huber told halfwheel there would be at least two more regional releases, one slated for the east costa and the other for the west coast.