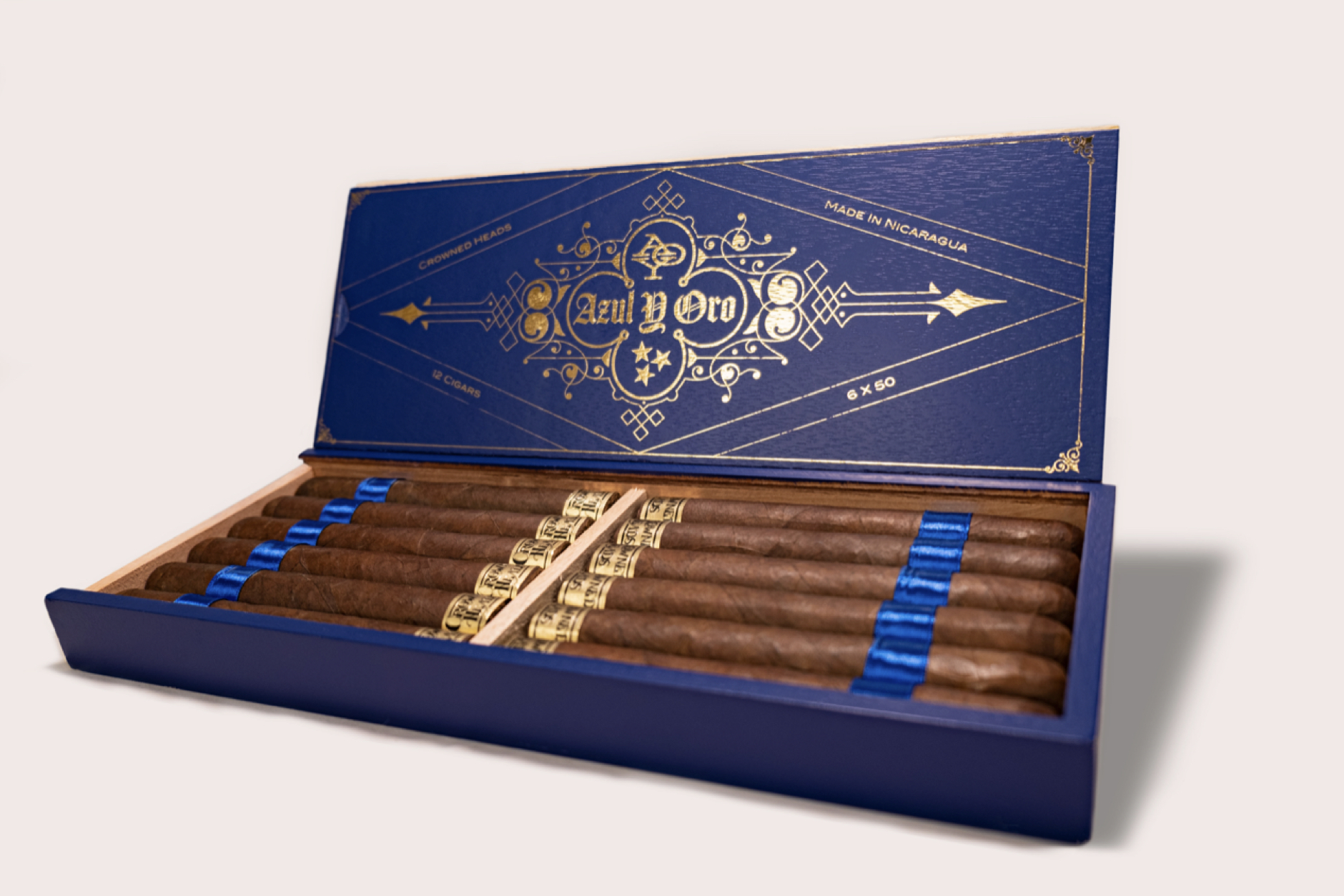 It’s a limited edition, offered in a single 6 x 50 toro size that uses an Ecuadorian habano wrapper over a binder from Jalapa, Nicaragua and filler tobaccos from the Dominican Republic and three different regions in Nicaragua.

According to a press release, Crowned Heads’ founders Mike Conder and Jon Huber traveled to meet with Gustavo Cura of Oliva Tobacco Co. and Nicaraguan American Cigars S.A. The pair gifted Cura a bottle of his favorite blended whisky, which the press release describes as “famous for its iconic blue label,” i.e., Johnny Walker Blue Label. That particular bottle remains unopened, but it appears this cigar is inspired by it as Azul y Oro, which translates to “blue and gold.” Interestingly, this is not the only cigar with packaging similar to the whisky.

Last month, Crowned Heads announced that Le Pâtissier would be moving factories to be made at NACSA.