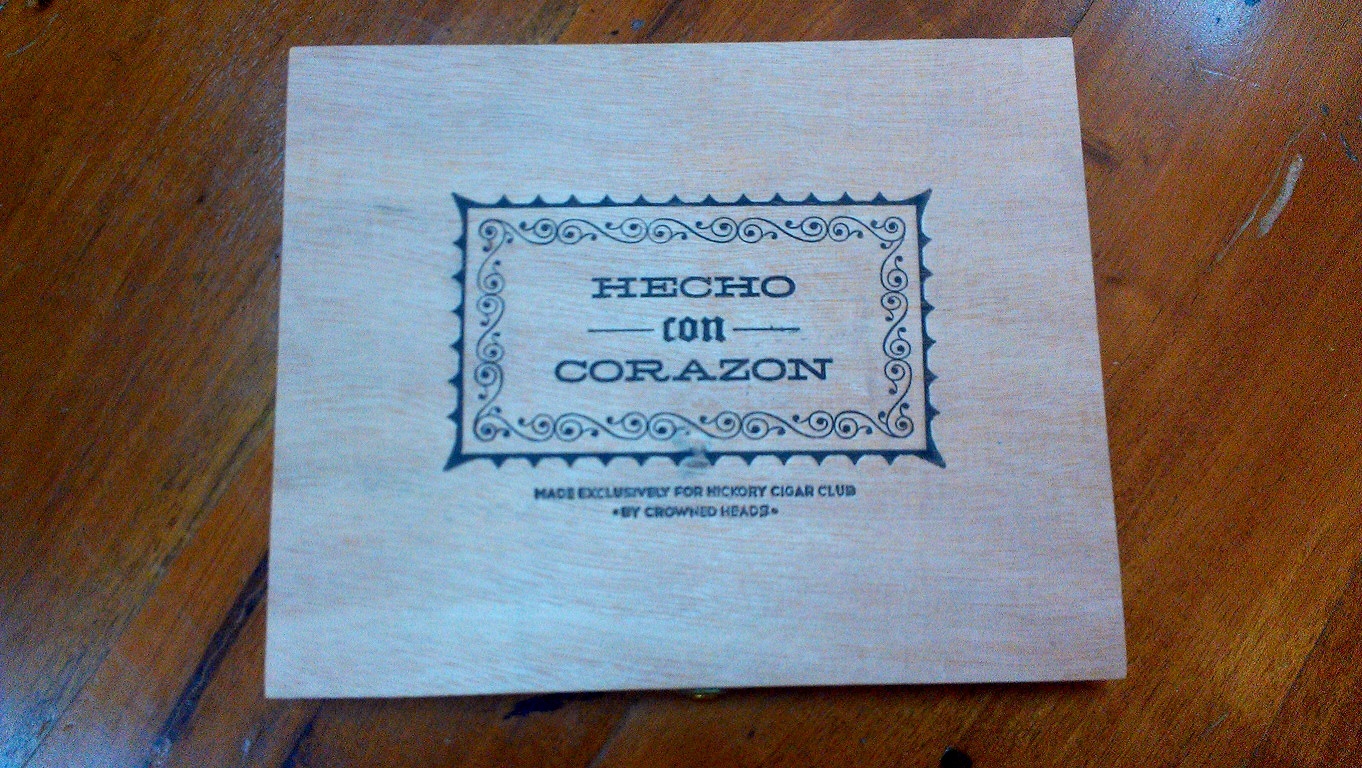 The name, which means made with heart in Spanish has quite a backstory, as told by Jon Huber, co-founder of Crowned Heads.

Some 40 years ago, there was a young cigar roller by the name of Juan Miguel who worked 13-hour days in one of the more ‘famous’ cigar factories in Havana, Cuba.

Day after day, Juan Miguel would craft some of the most exquisite cigars the world would ever see and smoke.  One day, the factory foreman approached him and said, “Juan Miguel, we have a very special project that I want you to be a part of.  All of our puros are labeled, “Hecho A Mano (Made by Hand),” but we have a very important political diplomat who is seeking something more.  He wants only the finest 1% of our cigars to be made specially for him.  I don’t want you to just make these cigars with your hands–I want you to make these particular cigars with your HEART.  I want you to make these cigars, “Hecho Con Corazon (Made with Heart).”

From that day forward, there was a special ‘underground’ code created in this Havana factory that became secretly known as “HCC,” or “Hecho Con Corazon.”  This code was used when only the best of the best cigars were to be selected for VIP clients and cherished limited releases.  To this day, there remain rumors that such a code ever existed; however, if Juan Miguel were alive to tell the tale, he would likely confirm that there were specially selected cigars that were graded above ‘Hecho A Mano,’ and that those cigars were made ‘Hecho Con Corazon,’ or ‘Made With Heart.’

As for the cigar, it’s actually a 6 x 50 box-pressed toro in the Las Calaveras 2014. This means the My Father Cigars S.A.-rolled cigar will feature an Ecuadorian habano oscuro wrapper over Nicaraguan binder and fillers. It will not feature the Las Calaveras band, instead, just a red foot band. This is the fourth vitola for the blend, the first to be box-pressed.

Only 100 boxes of 10 will be made, offered first to members of the Hickory Cigar Club at its 20th anniversary dinner on Oct. 1, 2014. Any leftovers will be sold by Tinderbox Cigars South Park of Charlotte, N.C. Pricing has not been determined.

Founded in 1994 by Sandy Porter and Dan Stewart, the Hickory Cigar Club boasts over 150 members. Earlier this year, the Club hosted Rocky Patel, who also created a special cigar for the club’s anniversary.

Despite the LE 2014 in the name, Huber told halfwheel there are no plans to make this an annual release.

This is the sixth project this year between the Nashville-based Crowned Heads and the García’s factory in Estelí following Las Calaveras, Jericho Hill, Tennessee Waltz, The Mason-Dixon Project and Arrington Vineyard Double-W.