Crowned Heads will be releasing one more limited edition before the end of the year.

The Buckingham is the newest cigar from the Tennessee-based company, made for Cigar Federation and Delaware Cigars, the company responsible for the site’s online store. The unbanded 6 x 46 cigar incorporates Nicaraguan tobacco for both the binder and filler, and uses Mexican San Andrés tobacco for the wrapper. Like the past five releases, the newest Crowned Heads project is rolled at My Father Cigars S.A. in Estelí, Nicaragua. 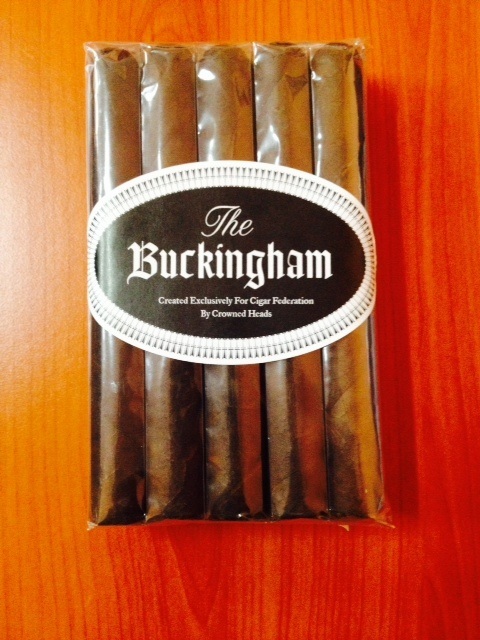 Jon Huber, owner of Crowned Heads, had previously posted a photograph on social media of The Buckingham that he nicknamed Proyecto 5, which translates to English as Project 5. The name is in reference to the fact that the company had five projects that it knew it was going to release by the end of the year: The Mason-Dixon Project, Tennessee Waltz, Arrington Vineyards Double-W, Hecho con Corazon—LE 2014 and The Buckingham.

Previously, Crowned Heads and Lawler had announced they would be working on a project known as Texacali, a collaboration made for Cigar Chat, the radio show Logan co-hosts. Huber confirmed to halfwheel that The Buckingham is the realization of that project.

Only 2,000 cigars were produced and they will be sold in 10-count mazos starting on Thursday for Cigar Federation members with any remaining stock to be sold to the general public on Friday through the Cigar Federation Store and Delaware Cigar. The cigars will retail for $7.95 with mazos of 10 retailing for $79.50 before applicable taxes.

The cigars are scheduled to ship the first week of December and they can be preordered here.