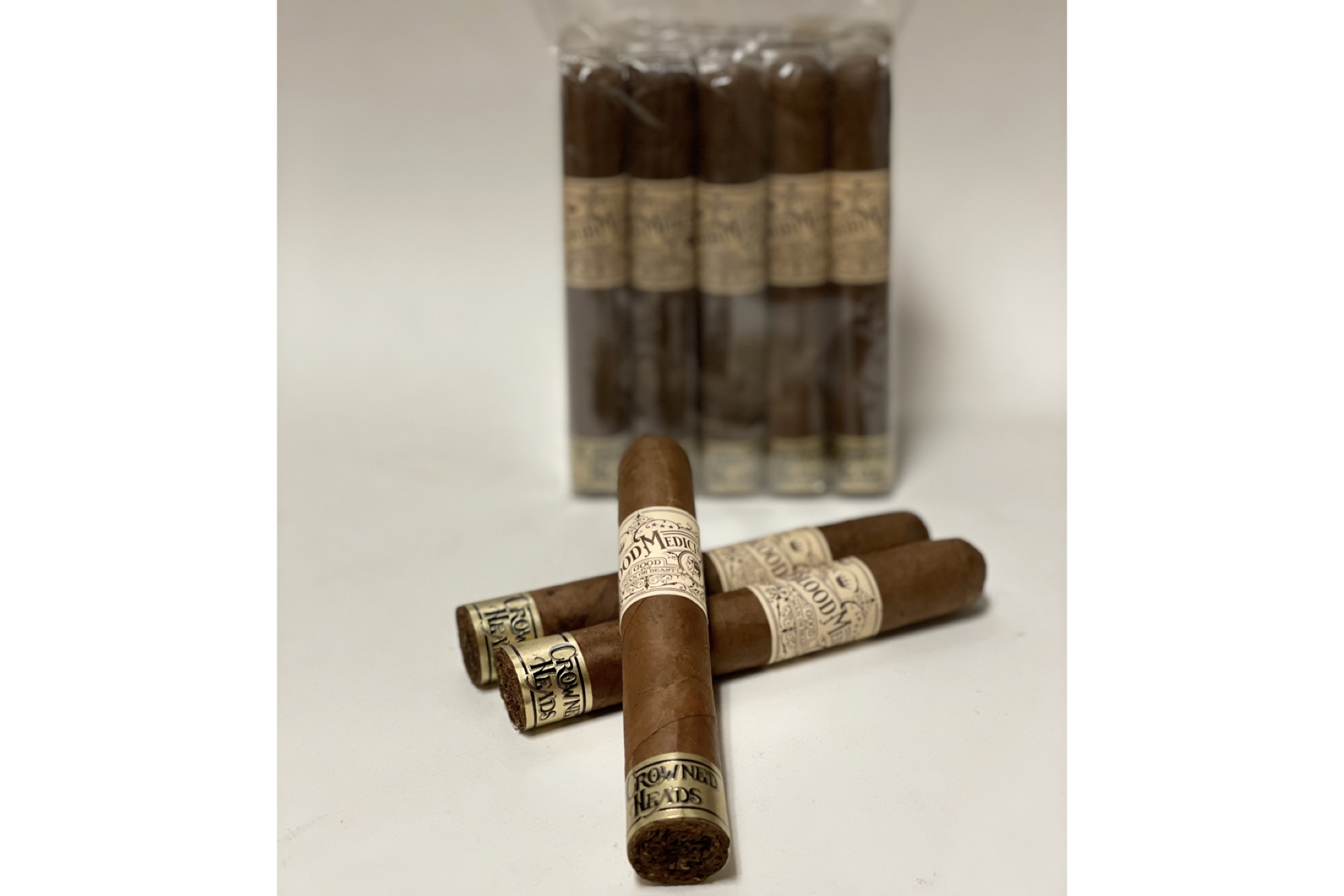 Next week, at an event at Squire Cigars in Santa Rosa, Calif., Crowned Heads will once again offer a cigar called Blood Medicine at its events.

The new Blood Medicine is a 5 x 50 robusto that is made entirely of Nicaraguan tobaccos and produced at Tabacalera Pichardo. This is the second time it has used the name for an event-only cigar, though the two cigars are not the same. The original Blood Medicine was released in 2015 and was not only a different size, but also a different blend. That cigar was a 5 1/2 x 48 corona and sued an Ecuadorian habano wrapper over Nicaragua tobaccos. It was also made at My Father Cigars S.A. Crowned Heads said it made 6,000 cigars which it used for events until they ran out.

Fortunately, the 2022 version of Blood Medicine is not limited. It will be offered at select events following the soft launch at Squire Cigars and is packaged in packs of four. Once again, it will be used as a gift with purchase item:

As for the name, Crowned Heads explained its inspiration in much greater detail this time around:

‘Blood Medicine’ takes its name from a three-story building located on the corner of Broadway and 4th Avenue in downtown Nashville, Tennessee. That building was originally built as a three-floor pharmacy in 1872 before being converted into a hotel in 1892. The hotel operated until the 1980’s, and in 1988 the building would be purchased and re-opened as Merchants Restaurant. Nashville’s music scene would attract some legendary musicians to stay at The Merchants Hotel over the years, including Hank Williams, Dolly Parton, Johnny Cash, and Patsy Cline. There are rumors that the building also served as a brothel and a casino over the years. While many legendary tales exist about the historic building, including legends of Civil War ghosts that still wander the halls, evidence of the original pharmacy still exists. On the painted words, “Blood Medicine,” remains still visible. Blood Medicine pays homage to the history of Crowned Heads’ home city of Nashville with a unique smoking experience.