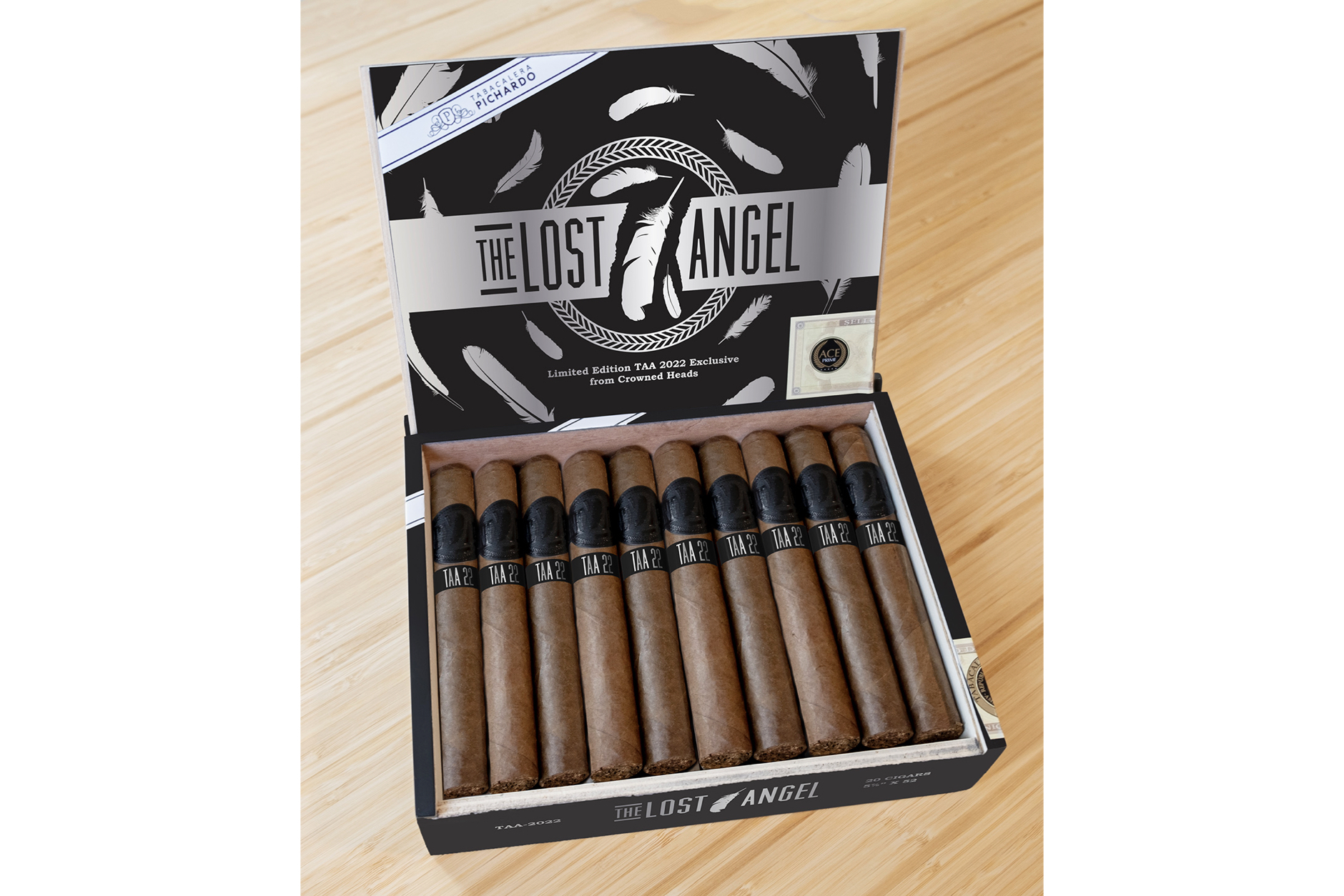 For the second year in a row, Crowned Heads’ release for the Tobacconists’ Association of America retailers will be called The Lost Angel.

The Lost Angel 2022 is a 5 3/4 x 52 robusto extra that will use an Ecuadorian habano wrapper over a Mexican San Andrés binder and fillers from the Dominican Republic and two regions in Nicaragua. Crowned Heads says the wrapper’s color is between Colorado and oscuro. Like The Lost Angel 2021, it will be made at Tabacalera Pichardo in Estelí, Nicaragua. 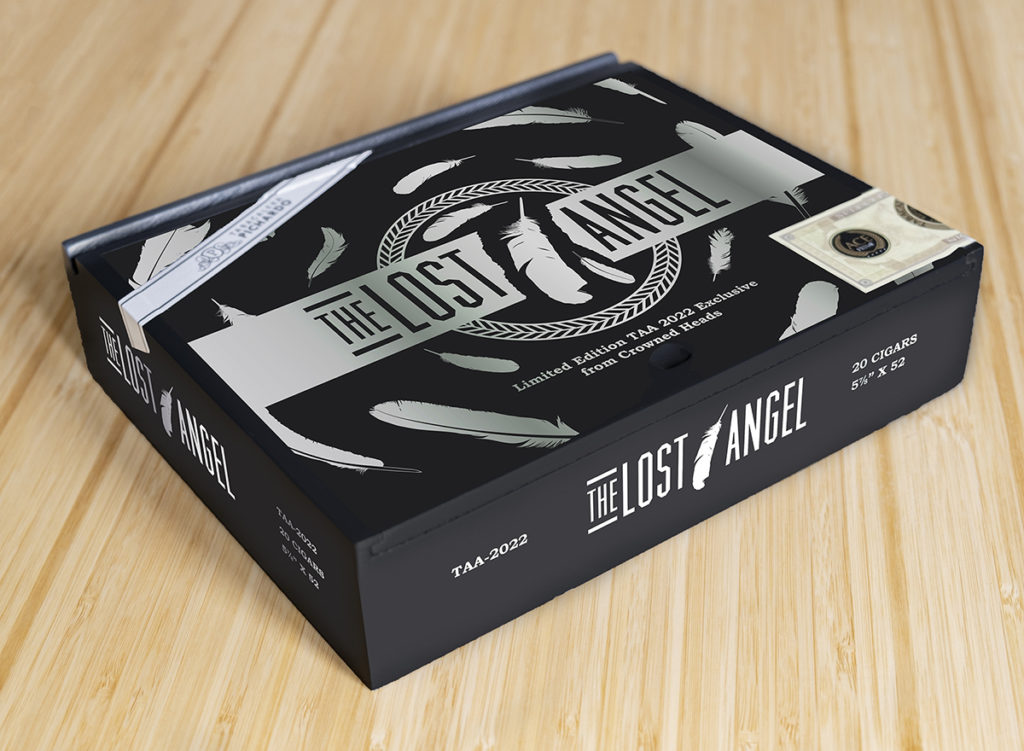 “For the second consecutive year, we’ve taken our TAA Exclusive to our Tabacalera Pichardo family for production,” said Jon Huber, co-founder of Crowned Heads, in a press release. “The 2021 Lost Angel was arguably one of our most highly-regard TAA releases to date, and I strongly believe that the 2022 version will continue on that path. We’ve selected an all-new blend for the series and I think it checks all the boxes for intensity, structure, flavor, complexity, and balance.”

During the event—which takes place March 20-24 in Cabo San Lucas—the organization holds two selling events, one known as the Dream Machine where the retailers collectively order to secure larger discounts, while the other is a more traditional trade show. Typically, around a dozen manufacturers release new exclusive cigars for the retail members of the organization under the TAA Exclusive Series Program banner. Those manufacturers agree to give a portion of the proceeds to the organization, a minimum of 50 cents per cigar.

This is the eighth TAA release for Crowned Heads, the first six were all called “The Angel’s Anvil,” which was based on a story developed by Huber that mimicked his own path in the cigar industry. Previously, he’s said The Lost Angel “explores the darker side of the story’s protagonist,” serving as a prelude to before the angel meets the black and regains his wings, first the angel must fall from heaven:

The Lost Angel 2022 is expected to begin shipping in late May.