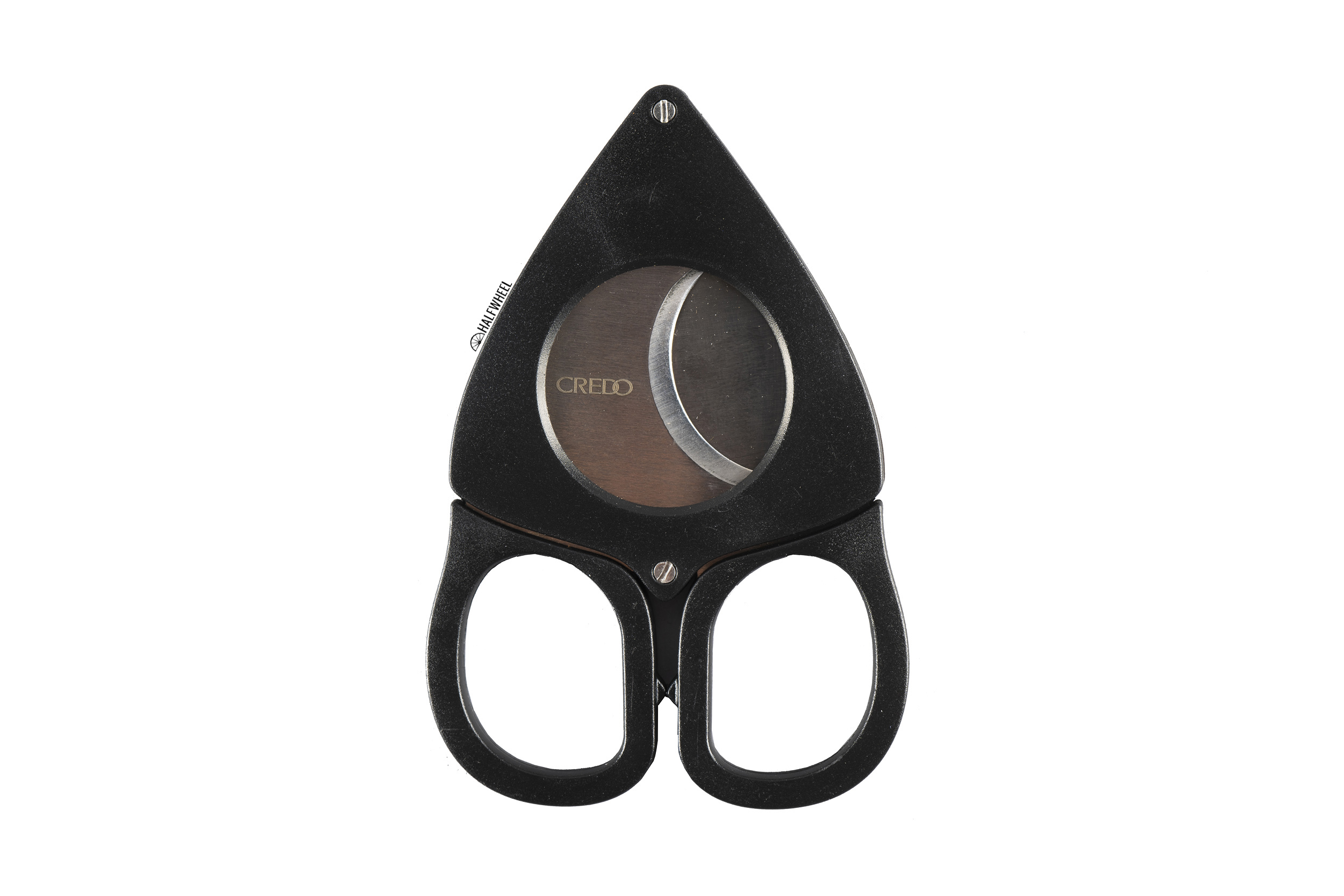 In February, Credo announced a new product that filled a hole in its lineup—no pun intended—specifically, a cutter built to cut some of the largest cigars on the market. Named the Credo 80 Ring Gauge Double Blade Cutter, it joined three already existing options with similar designs from the company that are made to cut up to 56, 60 and 70 ring gauge cigars. 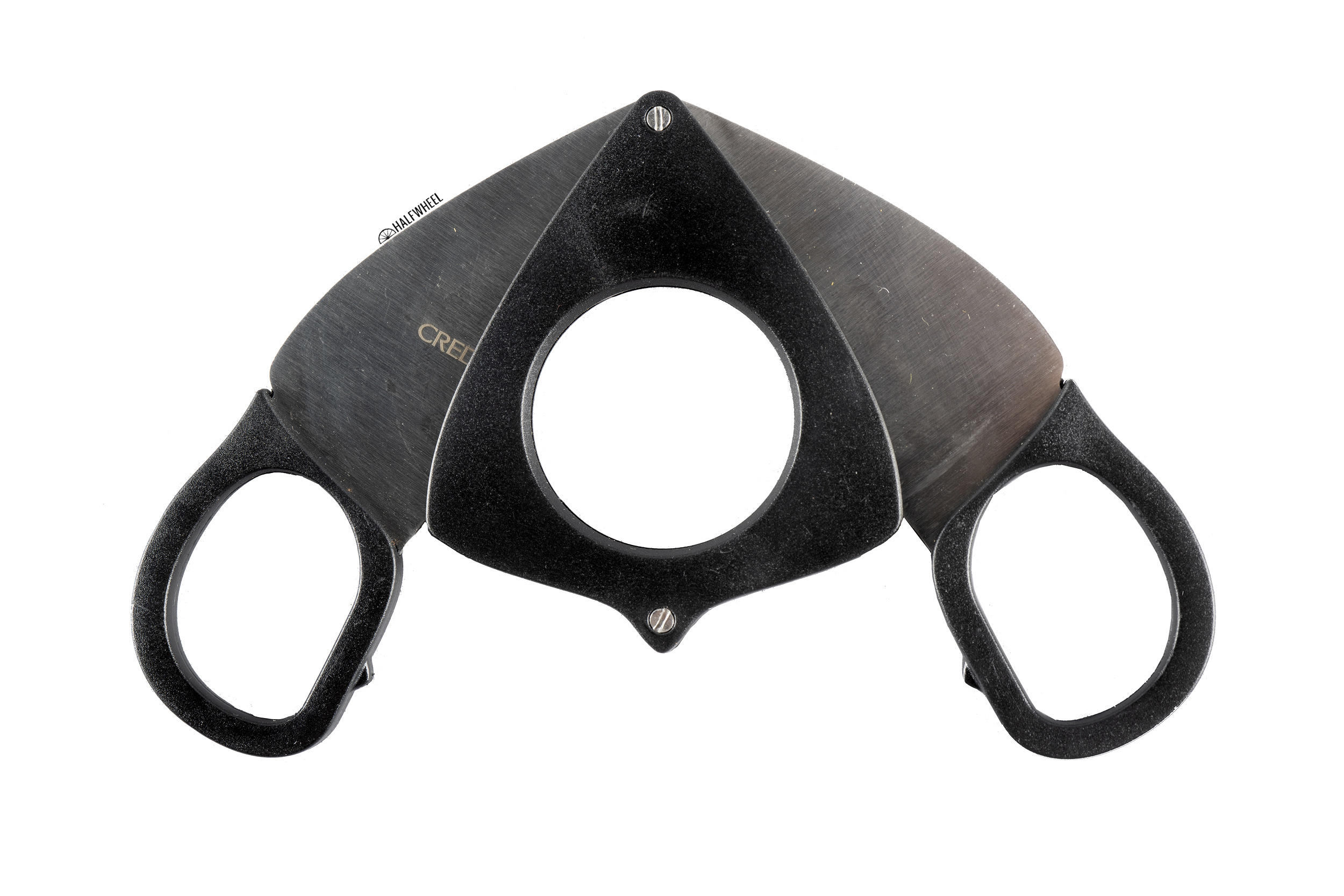 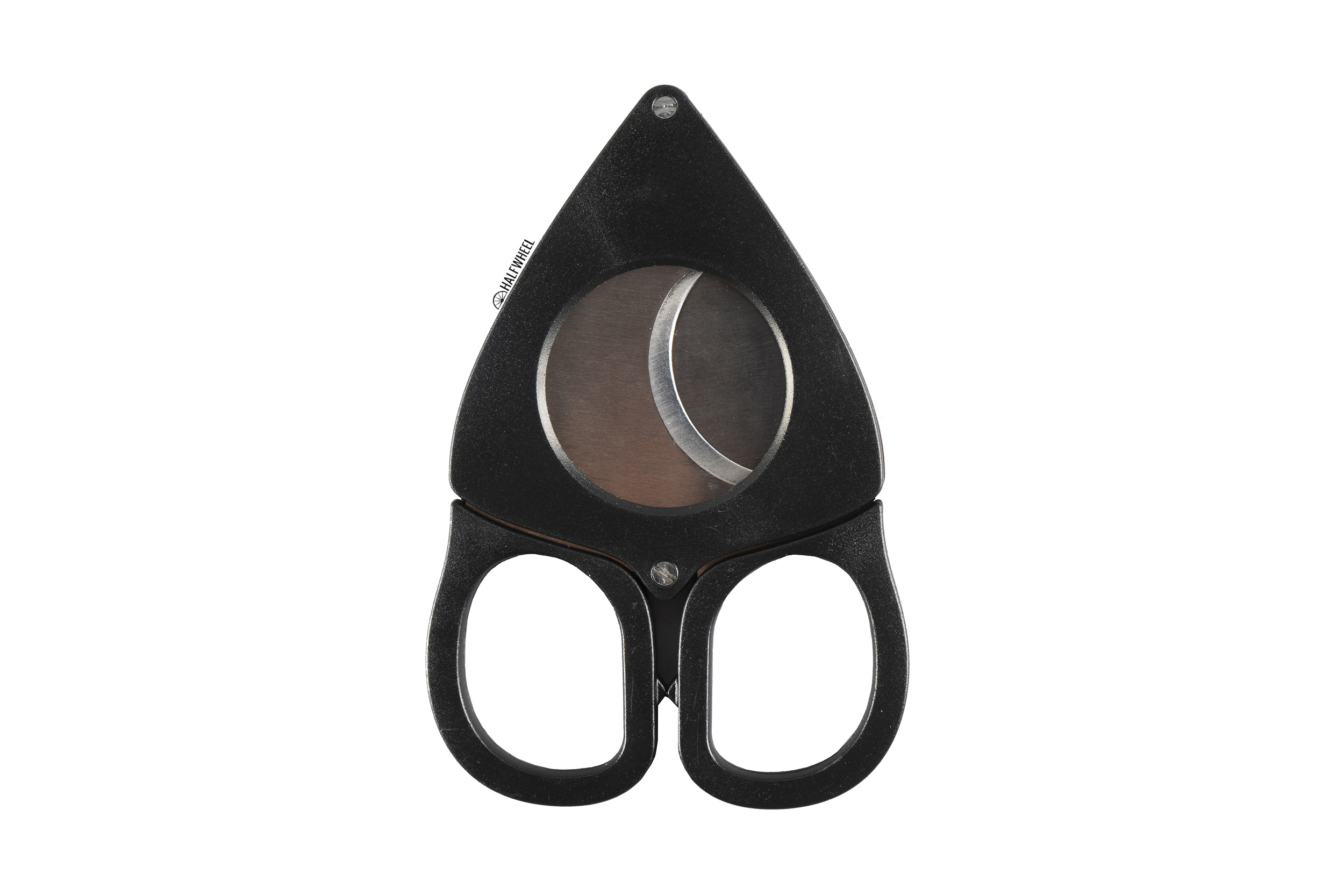 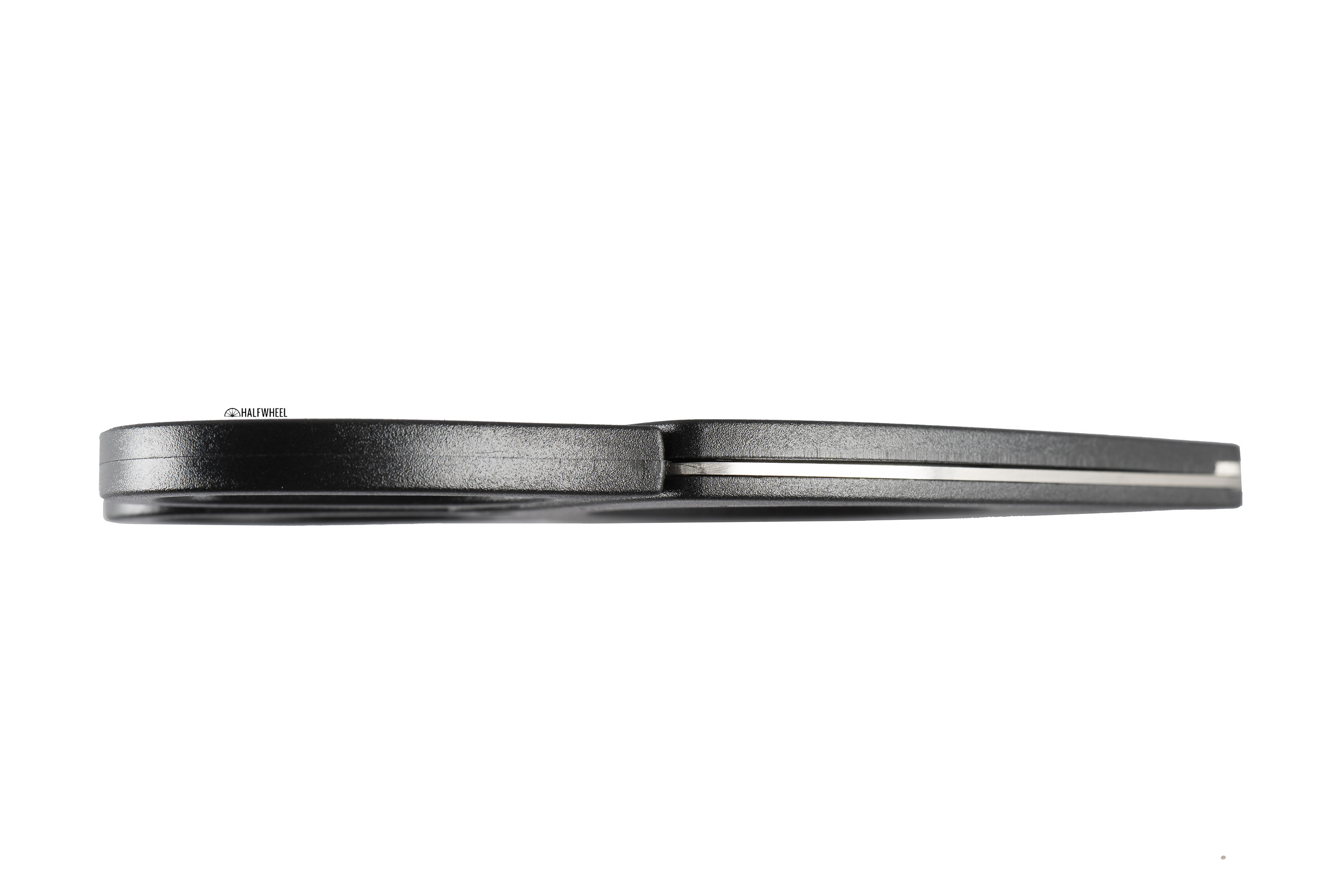 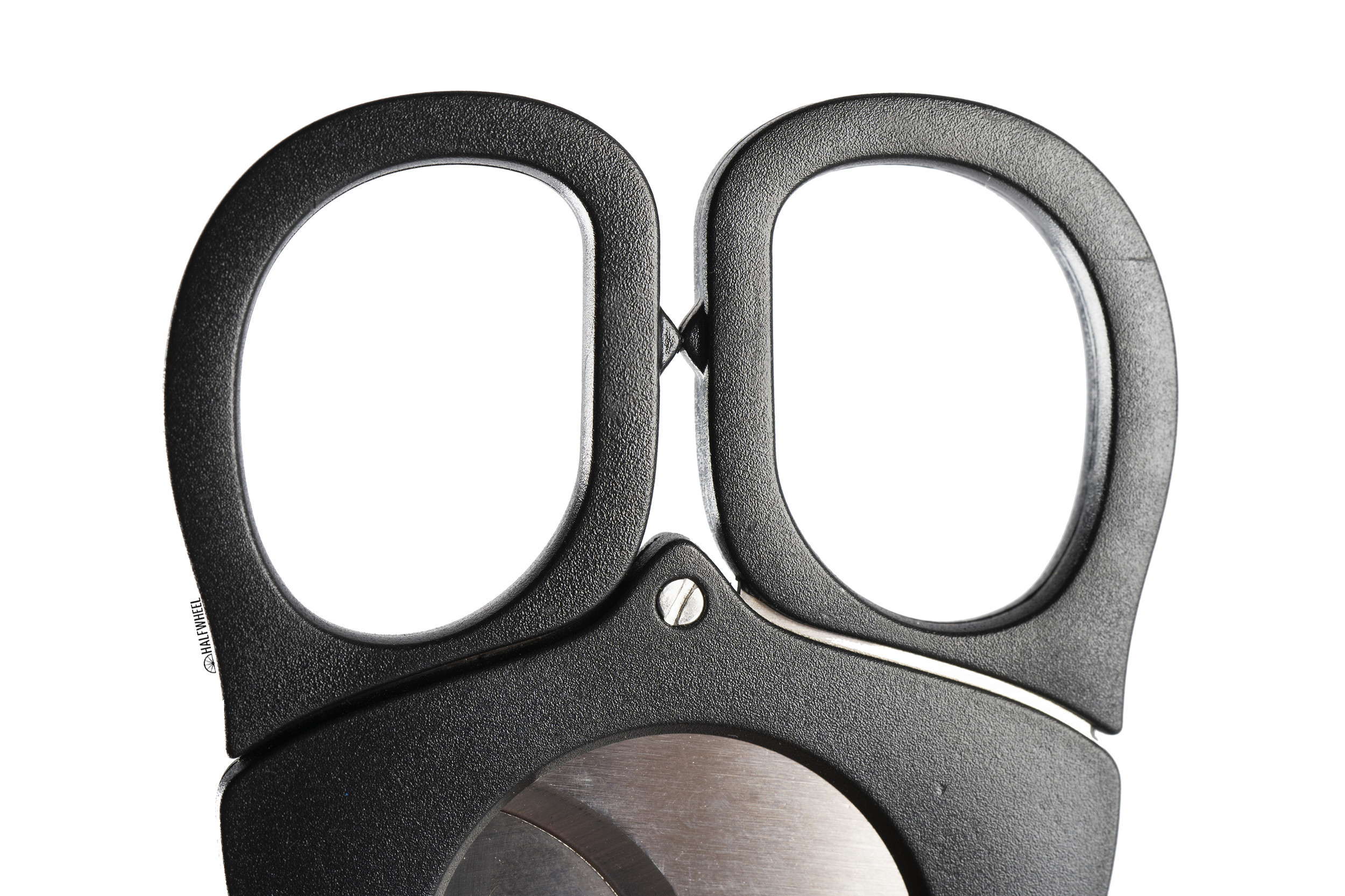 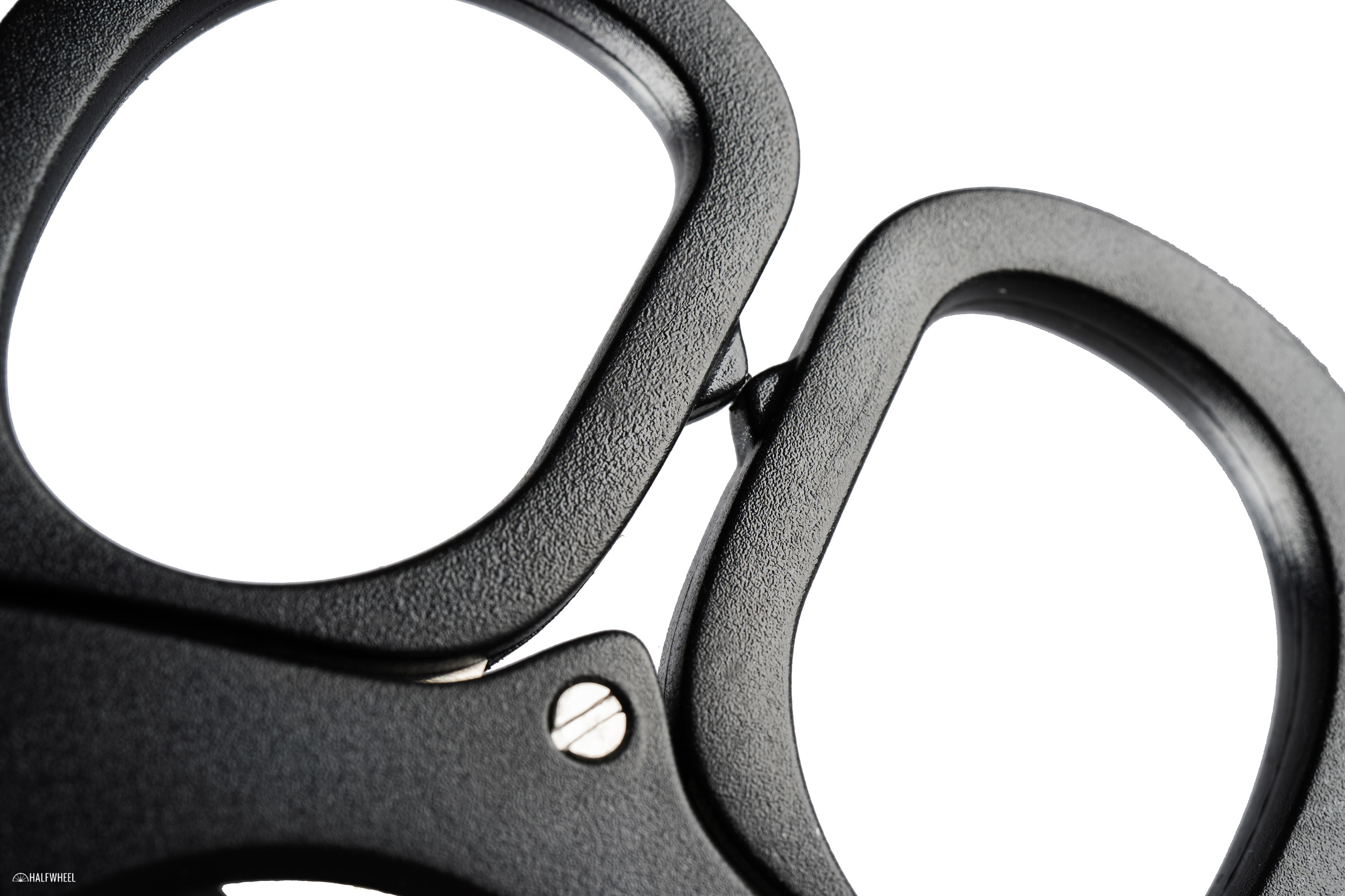 The name Credo 80 Ring Gauge Double Blade Cutter pretty much says it all: designed to cut cigars up to 80 ring gauge, the cutter is a combination between a traditional double guillotine cutter and cigar scissors.

According to the company, the exterior case is composed of ABS plastic while the two blades are made of stainless steel and the whole cutter weighs in at exactly 33 grams. When it is closed, the cutter measures 3.75 inches long and 2.25 inches at its widest points, but with both blades fully open, the width increases to exactly 5 inches wide.

As is the case with a number of other cutters sporting similar designs, the Credo 80 Ring Gauge Double Blade Cutter works in basically the same way as a pair of scissors: with the point of the cutter pointed up, you put two fingers in the appropriate openings—in my case, my middle finger goes in the left opening and my thumb in the right opening—and open the cutter by pulling open the handles. On the Credo, this opening action to open the cutter takes a surprising lack of effort; in fact, if you hold one blade and shake the cutter up and down lightly, the other blade easily opens on its own.

To actually cut a cigar once the blades are open, you then position the cap of the cigar into the opening that has been revealed and push both blades closed at the same time, which causes the blades to cut through the cap simultaneously. The blades then close off the opening completely and come to the end of their journey silently—no satisfying click with this cutter—and the blades have trouble staying shut even after they are closed all the way.

While it is technically possible to use the cutter upside down—meaning that the point of the handle is facing down and the handles are on top—the position that the cutter is in when I was cutting caps resulted in noticeably inferior cuts due to balance issues that were obvious enough for me to abandon the practice after a few test cuts. 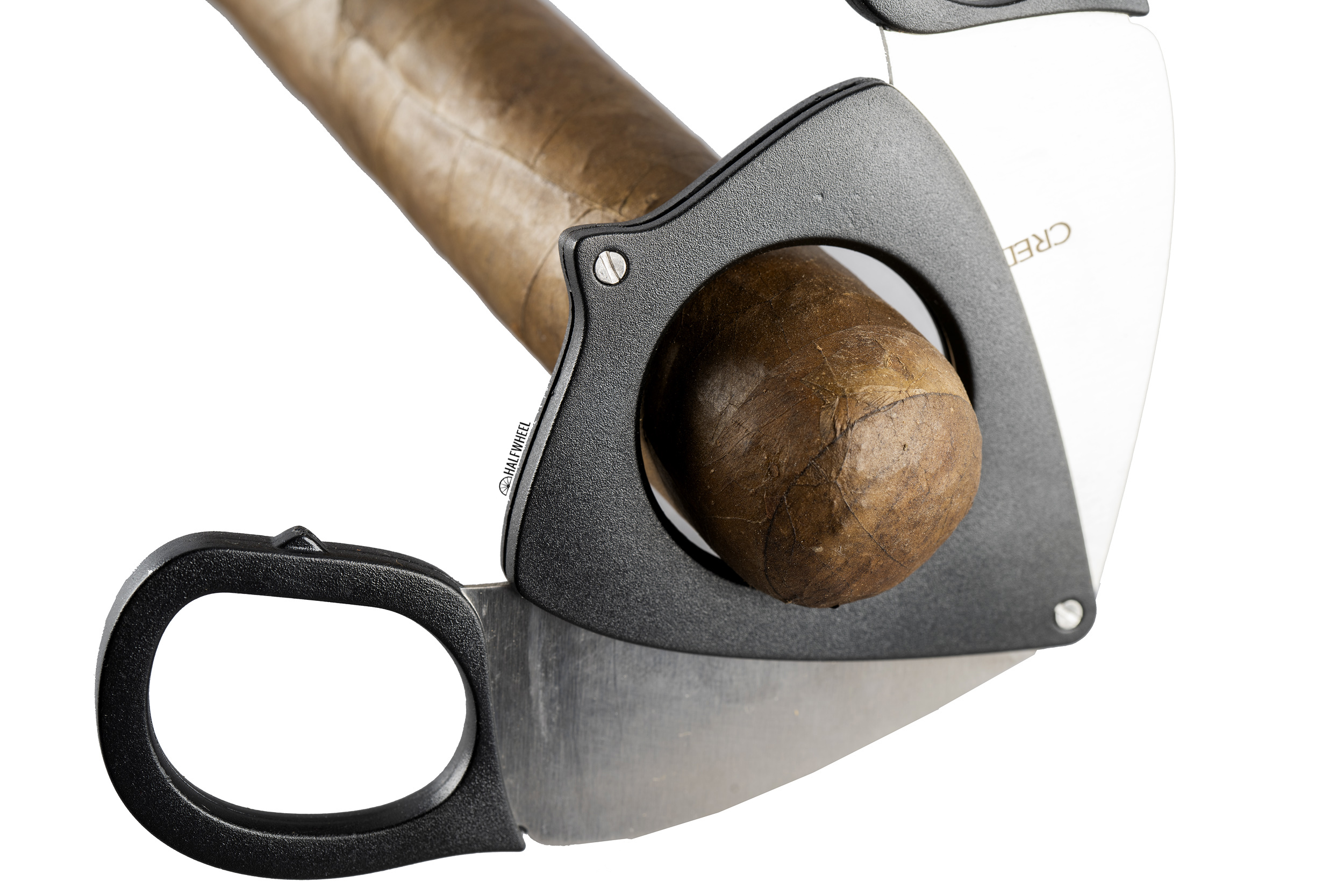 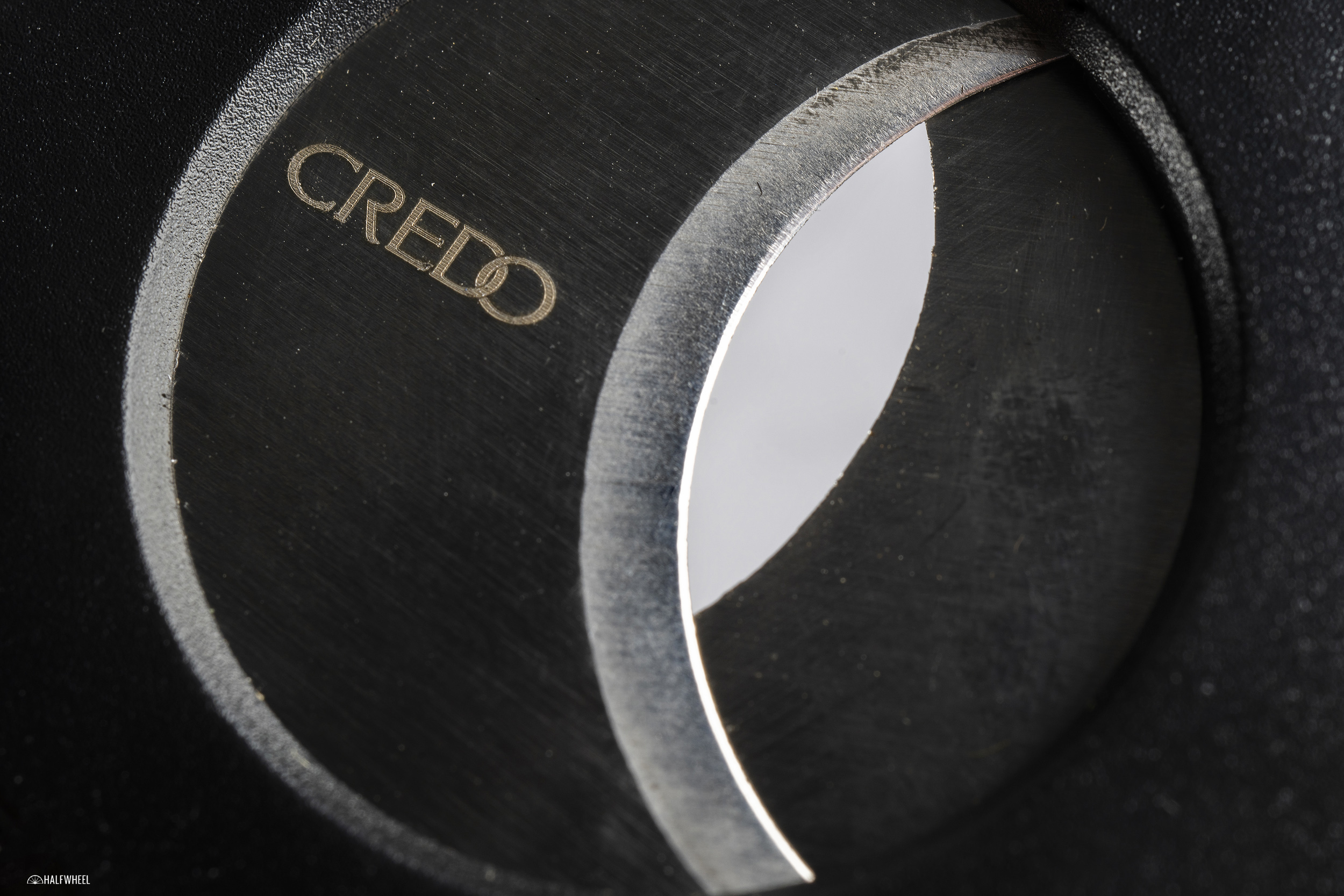 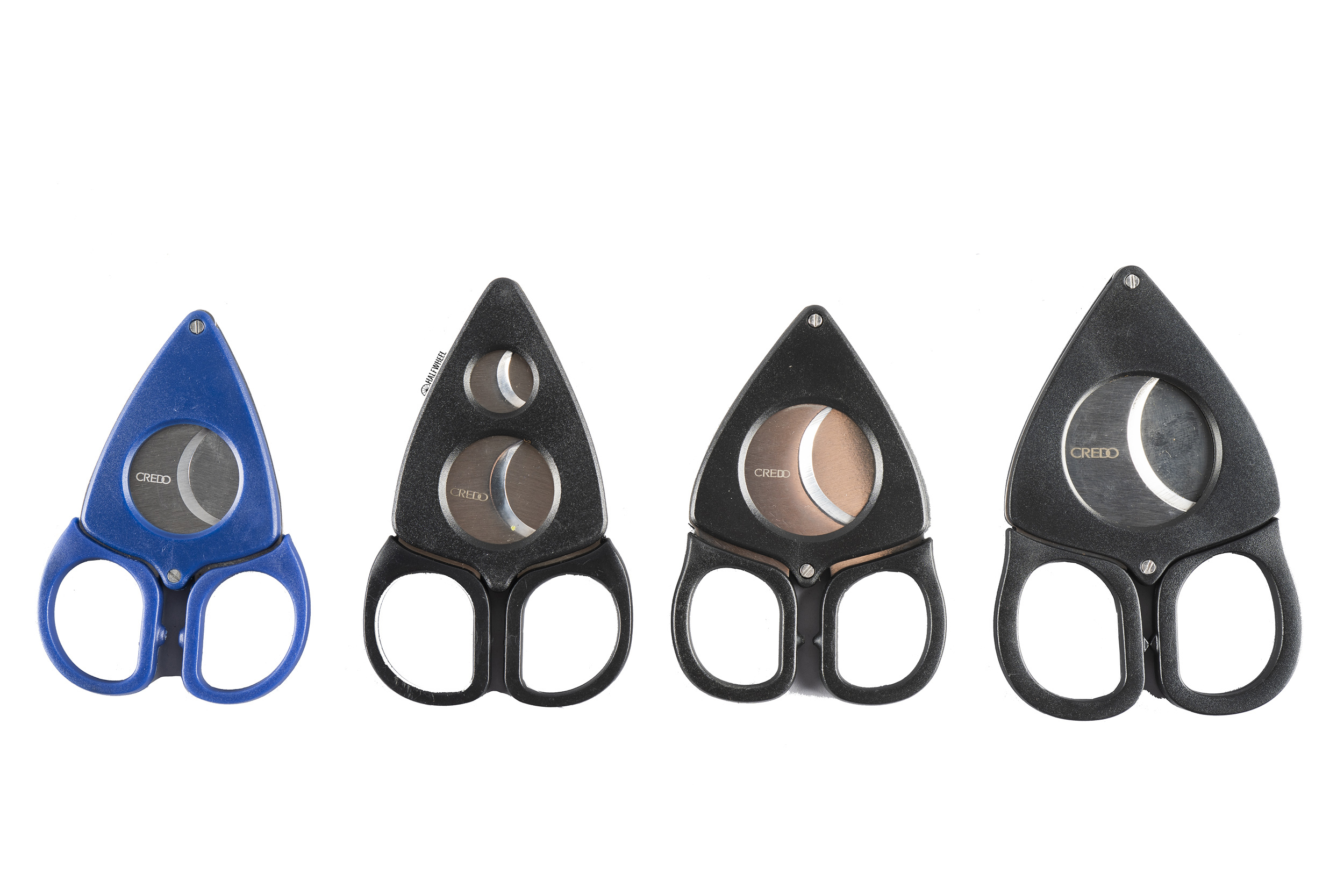 While double guillotine cutters are far from rare in the cigar world, the design of the Credo that combines scissor-like motion into a cigar cutter is not exactly ubiquitous. With that said, one of the most obvious competitors to the Credo is one of the smaller versions of the same cutter, albeit not that much smaller: specifically, the Credo XXL, which can cut up to 70 ring gauge cigars in half. Of course, although the XXL comes in at a smaller price—about $5.50—it will also most likely come with the same issue of dulling blades. 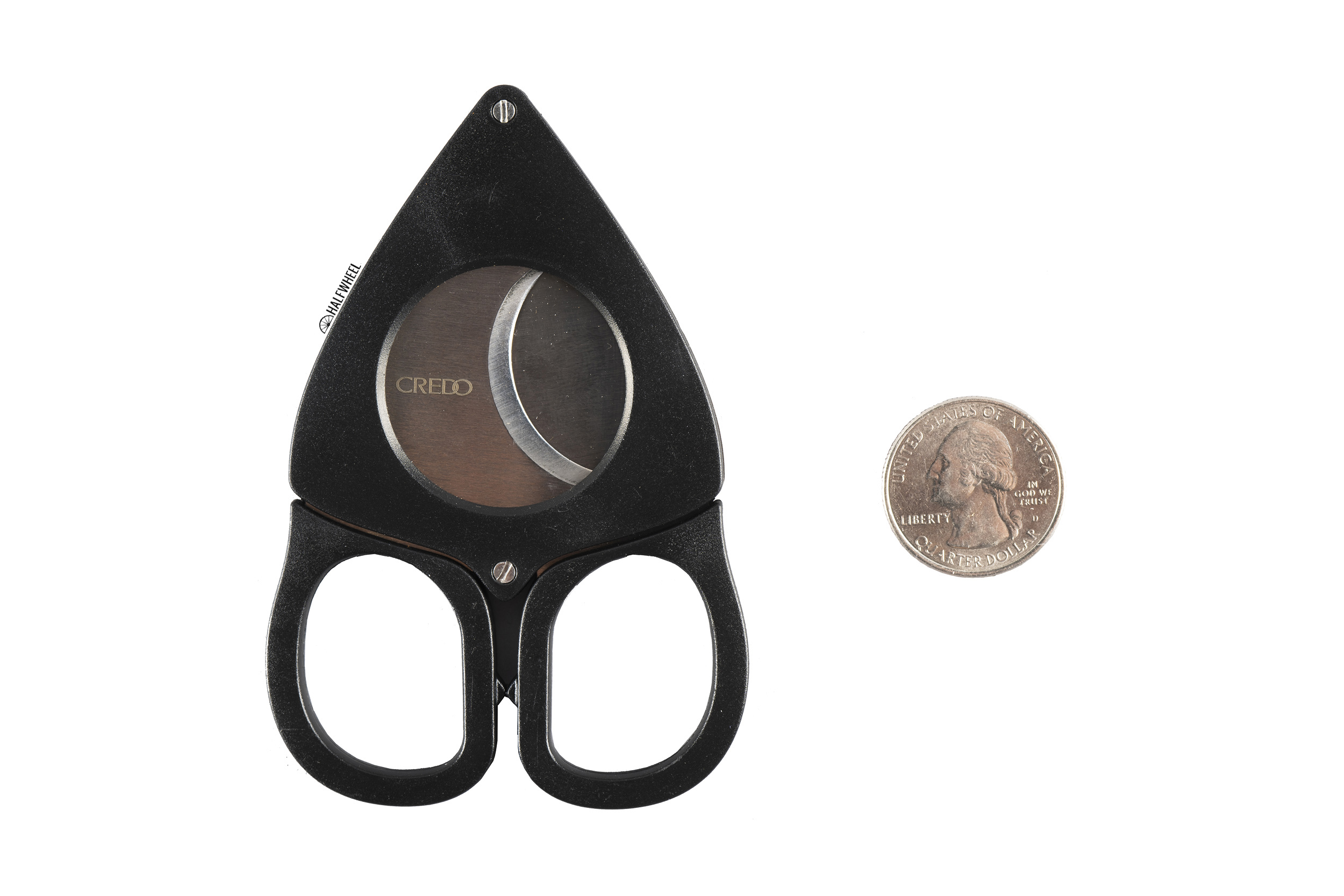 There are very few cutters that can cut an 80 ring gauge cigar in half and not many that you can purchase for under $10, but the Credo 80 Ring Gauge Double Blade Cutter hits both those points. Having said that, there are a few major issues that prevent me from recommending it: the cuts on cigars I used it on after about the 30th cut began to exhibit problems indicating that the blades were already dulling, and the fact that the blades were loose enough to slide open on their own almost from the time I started using it is a hazard that I could do without. Finally—and most unfortunately for Credo—you don’t have to actually be able to cut an 80 ring gauge in half in order to smoke it. In fact, you can easily use just about any cutter that goes up to about 50 ring gauge to cut off an appropriate amount of the cap to smoke cigars that large, which makes this cutter basically pointless.