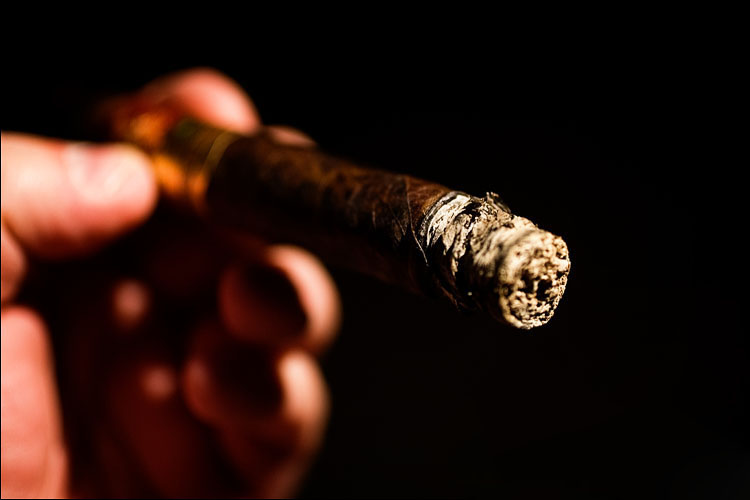 I recently found out that La Flor Dominicana had released a very limited number of the Coronado by La Flor with a Maduro wrapper as an experiment of sorts, and by very limited, I mean 83 boxes.

I am a huge fan of the original Coronado, and it is one of my go to cigars. It has everything going for it: spicy, but not overwhelming; sweet, but not overpowering. So I was very interested to see what a Maduro wrapper would do to the taste of the cigar, since the blend remained the same, only the wrapper changed. The first thing I noticed when I opened my box of these was the absolutely gorgeous wrapper. Seriously, it is one of the darkest I have ever seen on a Maduro, and that is saying something: nice and oily. It looked great, nothing like the original wrapper. I took a photo of the two side by side as a comparison:

After lighting the stick, the first puff brought out some strong spice, and a fairly strong caramel, a very interesting combination. It did not stick around long, but I liked it. It is a very RICH cigar, one that you know you are smoking a quality stick. The draw was perfect, not too loose, but tight enough to actually feel like you are smoking something more than a cigarette.

The spice pretty much overpowered all other tastes after the firsts couple of puffs. It was FULL of spice, and in the second half, underneath was some cedar, and a little bit of chocolate, but not enough to really enjoy. The burn was great for the first third, then I had to touch it up three times in the middle of the stick, but after that, the last third was perfect, razor sharp. The last third was all about the power. I had felt the effects of this cigar since I had started smoking it, but at the end, it was like it went into overdrive at the end, I literally had to sit and not stand up, I was getting so dizzy. The cigar did not get harsh or hot at the end, but the strength was overwhelming. Having said that, I smoked it to the nub. I did not overly enjoy this cigar as it is now, but I bought a box to put away, since I think some time on these will tone down the power, and allow the great taste to come through.