Those three congressmen are Rep. Bill Posey, R-Fla.; Duncan Hunter, R-Calif.; and Lou Barletta, R-Penn. The letter argues that FDA’s decision to include premium cigars as part of its deeming regulations was unnecessary as cigars do not pose a serious public health risk and are not consumed by children. Furthermore, it argues that FDA failed to consider all of the economic impacts of the premium cigar regulation.

Their letter notes the bipartisan support for standalone bills that would exempt premium cigars from FDA regulations. It specifically highlights that Pence himself was a co-sponsor of one such bill, H.R. 1639, in 2012 while he was serving as an Indiana congressman.

Throughout his campaign, Trump promised to reverse numerous regulations. Because FDA is an executive agency, the White House holds a substantial amount of power over the rules.

It should be noted that if Trump were to reverse the rules it would not be a permanent solution, a new administration could simply overturn Trump’s reversal. This is different than Congressional action, which could remove FDA’s authority to regulate cigars, something that would likely be a more, albeit not entirely, permanent solution. 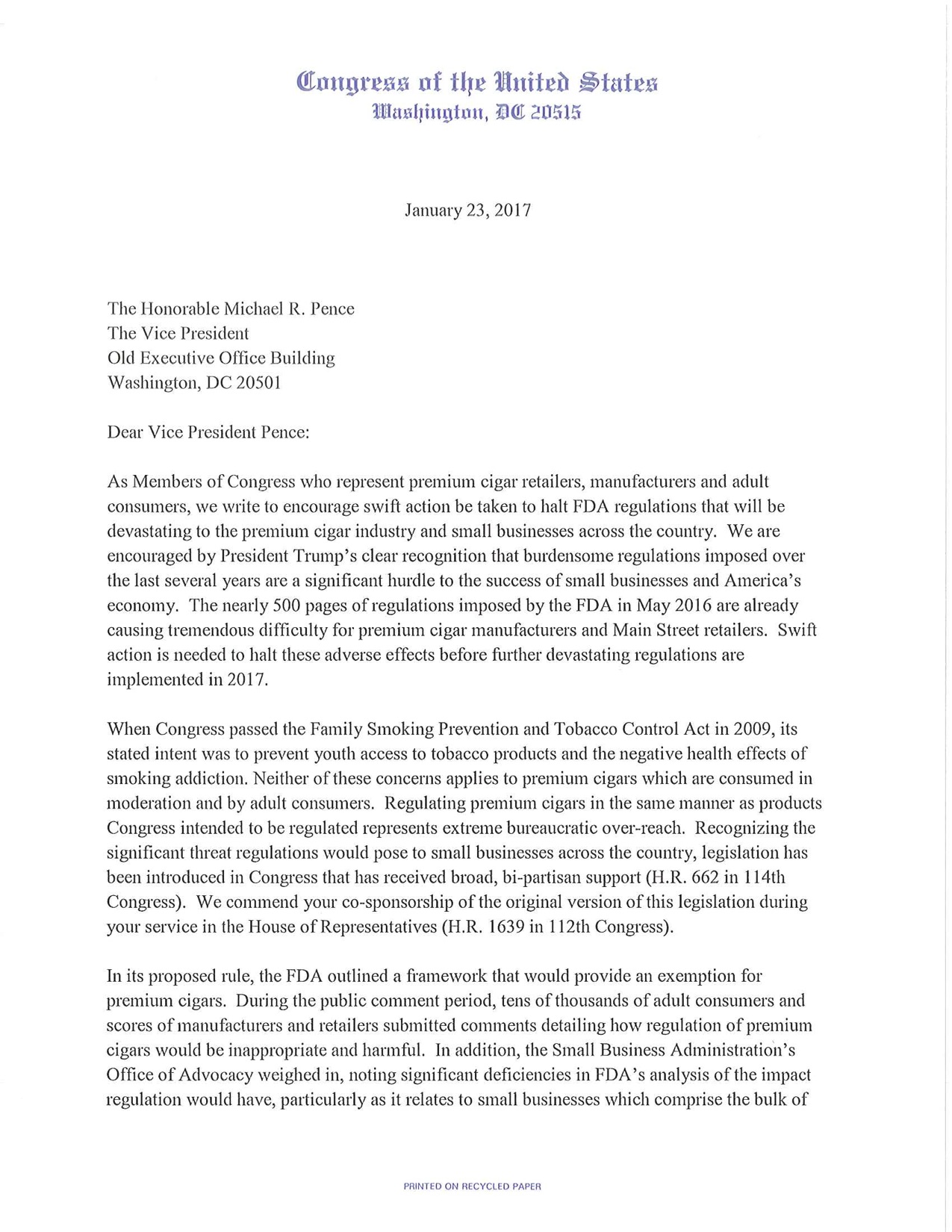 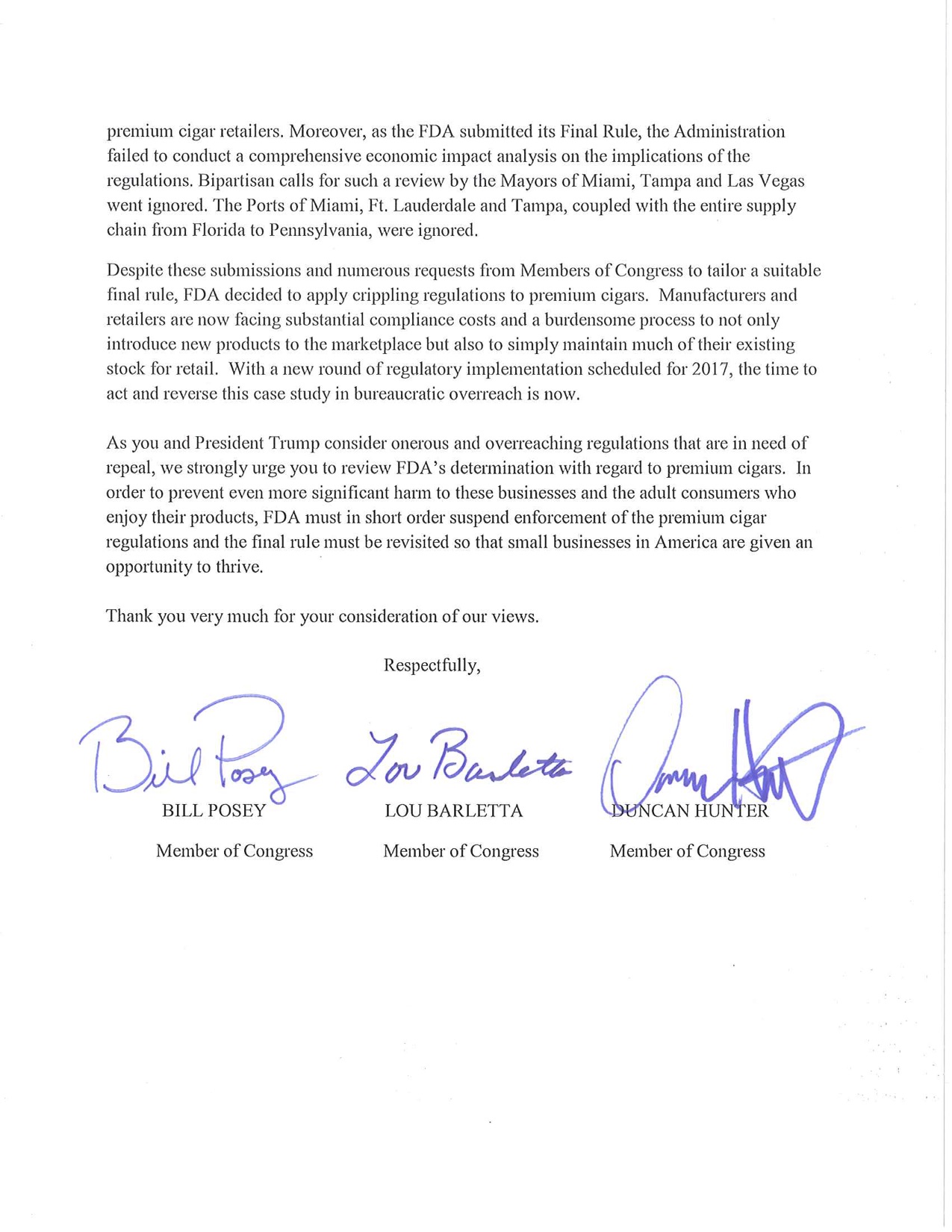