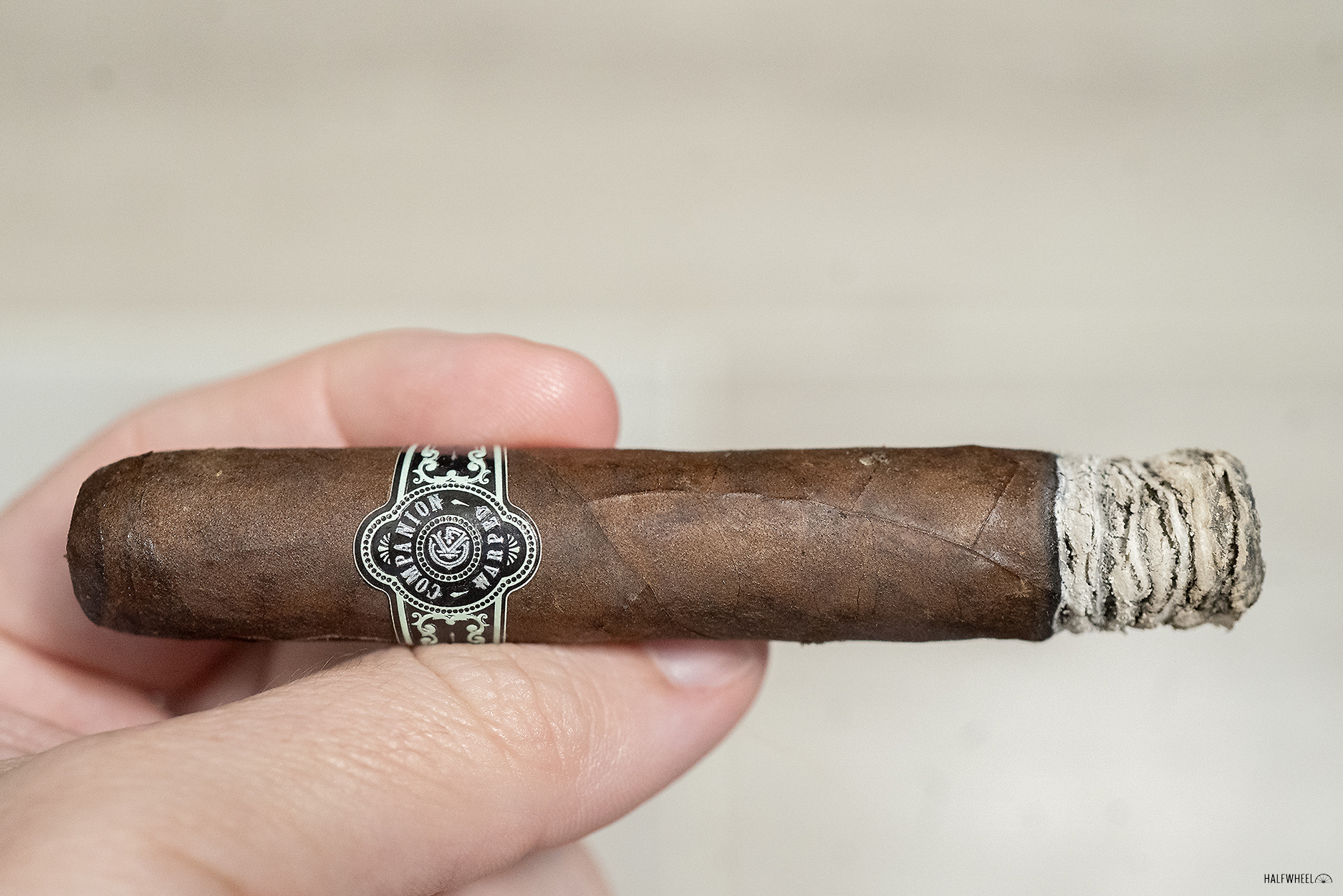 Just before the end of 2021, Warped Cigars shipped a new, single vitola release to retailers that it calls Companion de Warped.

It’s a 4 1/2 x 48 Rothschild vitola that is made at Tabacalera La Isla, the Dominican factory opened by Hostos Fernández Quesada late in 2020. It is the second Warped release to be produced at the factory, joining Chinchalle, which was released in September 2021.

Companion de Warped is offered in 25-count boxes and has a single cigar MSRP of $12. 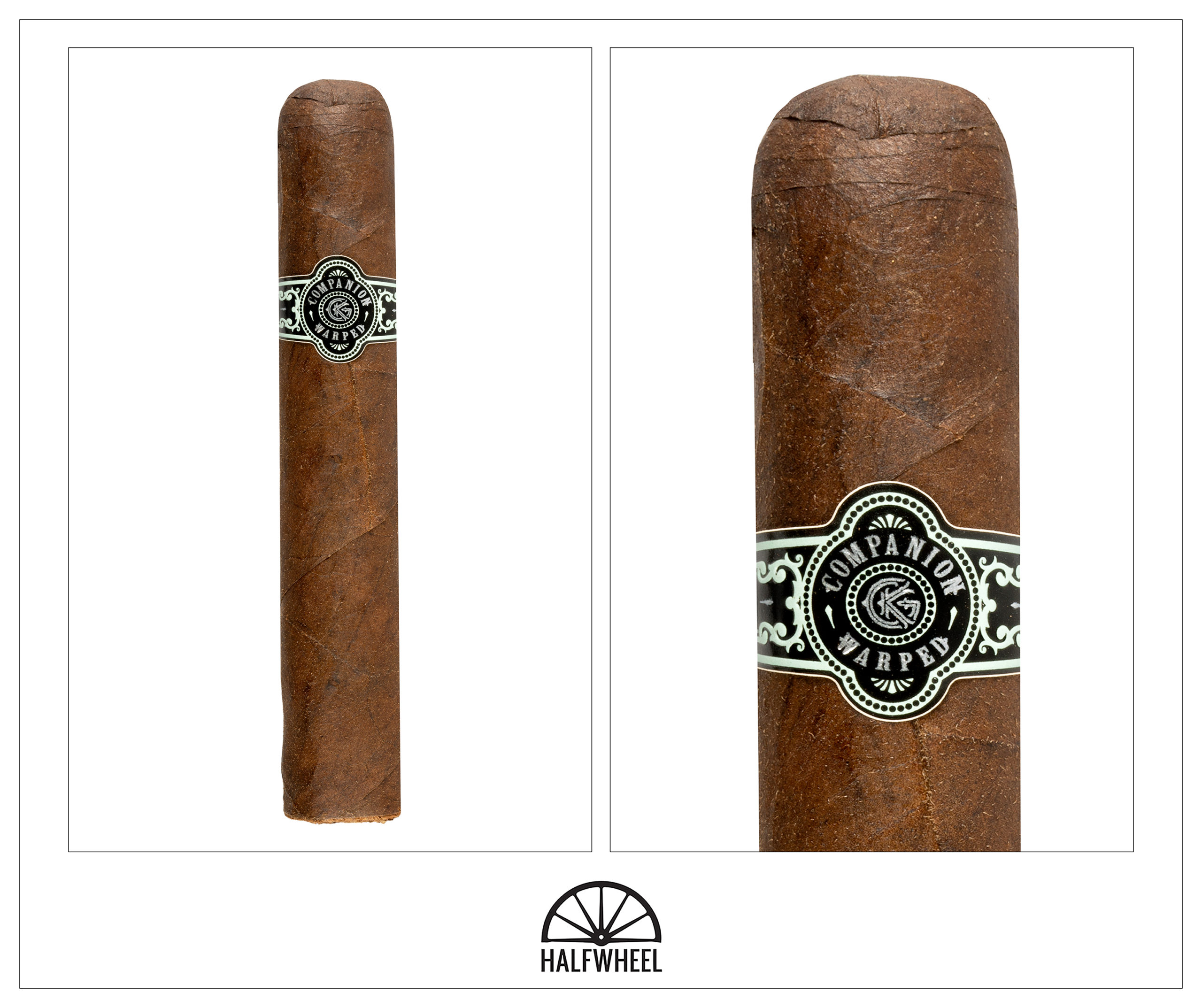 The Companion de Warped offers a lot to like at first glance: the fairly short vitola is more appealing to me than a large one, the wrapper is a dark brown that reminds me a bit of oily coffee beans, and the black and mint color of the band is unique and works pretty well with the color of the wrapper. The wrapper has a bit of an oily shine and some oiliness for the fingers, but I would stop short of saying it’s oozing oiliness. There are some decent veins and a bit of mottling, but nothing obtrusive or distracting on the wrapper. The cigars are generally on the firm side of the spectrum with a bit of give, and as I have found elsewhere, that give tends to show up closer to the foot than to the head. The foot offers a sweet, earthy and peppery aroma, suggesting a brownie made with a coffee infusion that somehow gets a bright black pepper. It’s also interesting because of how thick the aroma can be, while also being so light in body and rich in sweetness. One sample takes on a bit of a cherry sweetness, much like the smell I’d expect to find from pie filling or the fruit at the bottom of a yogurt cup. The cold draw is smooth and easy, offering a chocolate syrup note that is rich and slightly sweet but with almost no pepper. While it is quite good, it’s also a fraction of the sensory experience that the aroma offers.

Given the prelight aroma and flavor, I’m intrigued to see how the Companion de Warped will start, and it is an interesting midpoint between those two experiences. The chocolate syrup is present but thinner, the pepper is more prevalent than the cold draw but not as vibrant as on the aroma, whether experiencing it on the tongue or through the nose. The more I retrohale through the first inch, the more I pick up a bit of the coffee note as well, though now separated from the brownie sensation and making me think of dry earth and a fairly light bodied cup of black coffee. There’s also a decent amount of crisp black pepper through the nose that does an impressive job delivering a balanced yet stimulating sensation. By the one-inch mark, that coffee attachment begins to detach itself and I’m left with a bright white pepper that has a touch of creaminess through the nose. The first third smokes very well with an easy draw, even burn line and good smoke production. Flavor is a smooth medium-plus, body is medium-plus, and strength is mild thus far.

As the second third gets underway, retrohales reveal a more prolonged experience of pepper, and now one that has just the slightest bit of red chili pepper joining the experience. The flavor seems to be wanting to add a bit of creaminess, but as of the moment it can’t get past the shift in earthiness, which is getting lighter and a bit edgier to my taste buds. Yet there is still a steady mellowing of the flavor’s intensity as the second third gets underway and before the burn line gets to the midway point. Once the burn line hits the midway point, it’s not long before the cigar begins to swing the pendulum back towards the fuller end of the flavor spectrum, turning the profile more textured, and dare I say more robust, but the combination of flavor and retrohale is stellar during this transition. The final puffs of this section bring back some black pepper, which gives the profile a bit more of an edge while keeping it still agreeable to the palate. There are also some very brief flirtations with a bit of sweetness in the aroma and retrohale, but it never returns in full. Flavor and body are both are still in medium-plus territory, while strength is getting closer to medium. The draw is still smooth, the burn line is still even, and smoke production is still very good. 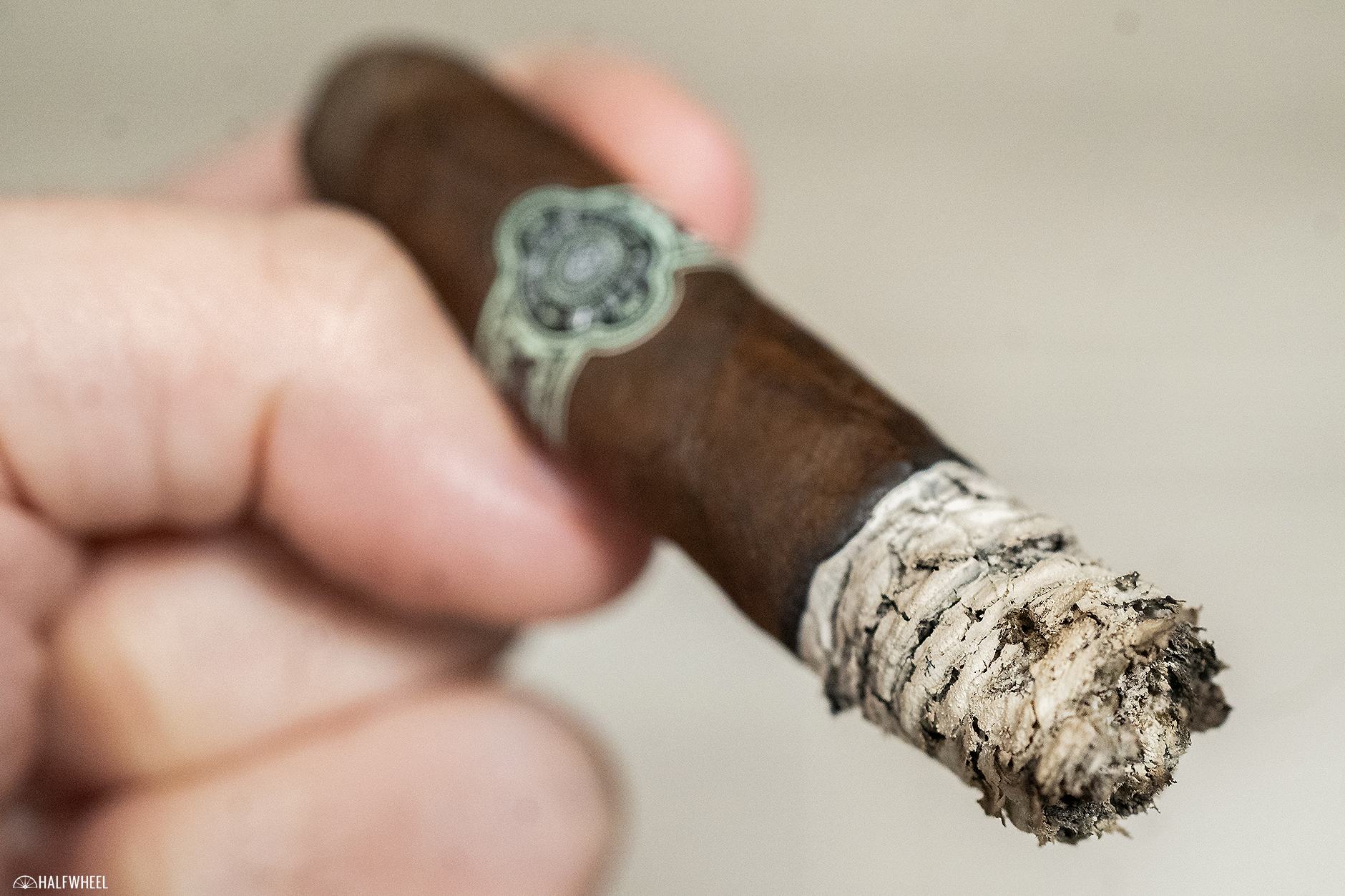 There is a definite shift to a more textured profile as the final third gets underway, a change to which I can’t quite attribute a main driver given that the pepper and earth seem quite similar to where they were in the second third. It is clear that the sweetness, whether it be the chocolate from early on or the budding sweetness from the second third, has completely left the profile. That leaves a fairly hearty earthiness that really coats the palate, while retrohales offer a lingering tingle for the nose. When combined, the two deliver a profile that really fills my head, almost feeling like it extends beyond just my nose and mouth. With just over an inch left, heat becomes a bit of a factor in the profile, and while it might not be related, the cigar now has some appreciable nicotine strength. There’s also a more lingering finish that is earthy and reminds me of how good coffee can hang around the taste buds. Flavor finishes medium-full, body is medium-plus, and strength is medium-plus. Construction is still fantastic and flawless, requiring no attention. 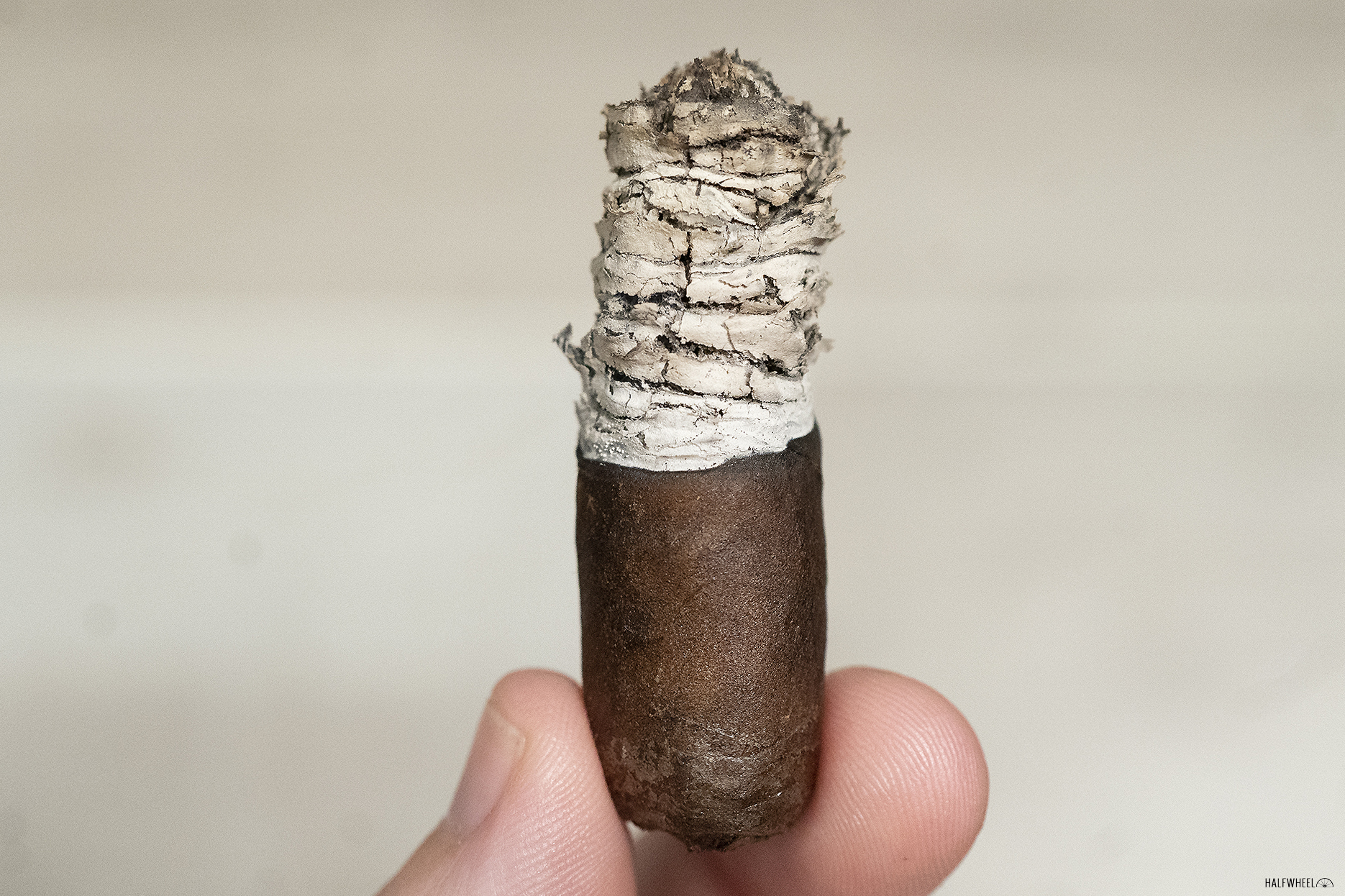 If you like an earthier, robust, and decently peppery profile, the Companion de Warped should deliver quite well. The flavors are rich and balanced, and impressively complex on a number of occasions, missing only some more pronounced creaminess and sweetness that it tries to get to multiple times, making for a valiant effort at being a truly stellar cigar. The flavors and aroma are able to shine so brightly because of how well-made the cigars are, as each of the three samples smoked flawlessly from start to finish. A very impressive cigar that offers an immense amount of flavor and stimulation in a compact vitola and wastes no puffs in delivering a very enjoyable smoking experience.