At the 2013 IPCPR Convention and Trade Show, Colibri showed off its latest cutter, the Colibri V-Cut. It has an all-metal construction along with a rubberized finish on the main part of the cutter, reversed stainless steel blade and a trigger nob on the front to release the blade. The Colibri V-Cut features a black rubber base and is sold with three different anodized accent colors: black, red and blue. Each cutter is sold for $39 regardless of accent color and comes enclosed in a separate Colibri gift box. It is in much the same style as the recently-launched Colibri Stealth 3 lighter and the two accessories certainly compliment one another. Colibri says it can handle 60 ring gauge cigars, although larger cigars were able to be cut though with a slightly shallower cut.

It features a reverse v-cut, similar to the XIKAR XV, a process I described as:

On a traditional v-cutter, the triangular shaped blade will have its tip break the cap, from the center of the cigar, and then continue to penetrate the cigar. XIKAR’s cutter uses a v-like blade where the sides of the v are the first to touch the cigar on the outside areas, and the middle is the final part to come in contact with the blade.

It is heavier and more substantial in your hand than you might think, in fact almost shockingly heavy for the size. The rubber on the main body of the cutter is soft to the touch, a nice contrast to the sleek metal that makes up the top and the bottom sections. The stainless steel blade is opened by pushing down on a small nub on the bottom end of the cutter, which releases the spring loaded section upwards. You then put the cap of the cigar into the indention and push down on the top section, which results in a smooth motion that forces the actual cutter itself through the cap of the cigar. As the blade cuts through the cap and comes to the end of its journey, it locks in place with an audible click and stays that way until you push down on the trigger again.

One of the most interesting things about the Colibri compared to other v-cutters is that the clipped cap falls into an area in the back of the cutter. In order for the loose piece to come out, you need to release the blade again. On one hand, this is extremely helpful when cutting a cigar over something you don’t want to get dirty—say, a computer keyboard—as you would just open the cutter when you are holding it over an ashtray whenever you are ready, something I found to be a plus in the design. That being said, it means you need to do a second action to clean the cutter, which can become annoying over time. And there are bigger problems. The indention that the cigar head sits in when being cut is a little deep for my taste, meaning that just about every cigar I cut with it in the beginning had a draw that was too open. I fixed this relatively easily by just not pushing the cap of the cigar all the way down into the well of the cutter when I cut it, although this does sometimes cause a less than optimal cut since you are essentially holding the cigar free in space while using the cutter.

Secondly, the small nob that you push down to release the top half sticks out noticeably from the rest of the body of the cutter and it has gotten caught on my pocket and the edge of the pocket of my bag that I carry my laptop in on certain occasions during the time I have used it. Additionally, it is just too heavy for my liking. While the weight does feel good in your hand when it is being used, it is just too heavy for me to carry in my pocket on a regular basis, as I am constantly thinking about how heavy it is.

Compared to the XIKAR XV ($54.99/$64.99), the Colibri V-Cut is built like a tank with a much more modern design as well as a more solid feel overall. However, I do find that the XIKAR XV is a bit easier to use, quite a bit lighter to carry and I prefer the more shallow v-cut that it provides compared to the noticeably deeper cut on the Colibri. While those categories are subjective, one place it is not is the warranty. XIKAR has its famous lifetime warranty, where as Colibri only guarantees the product for two years. While the XIKAR XV’s list price is significantly higher, the cutter can be found for $40. 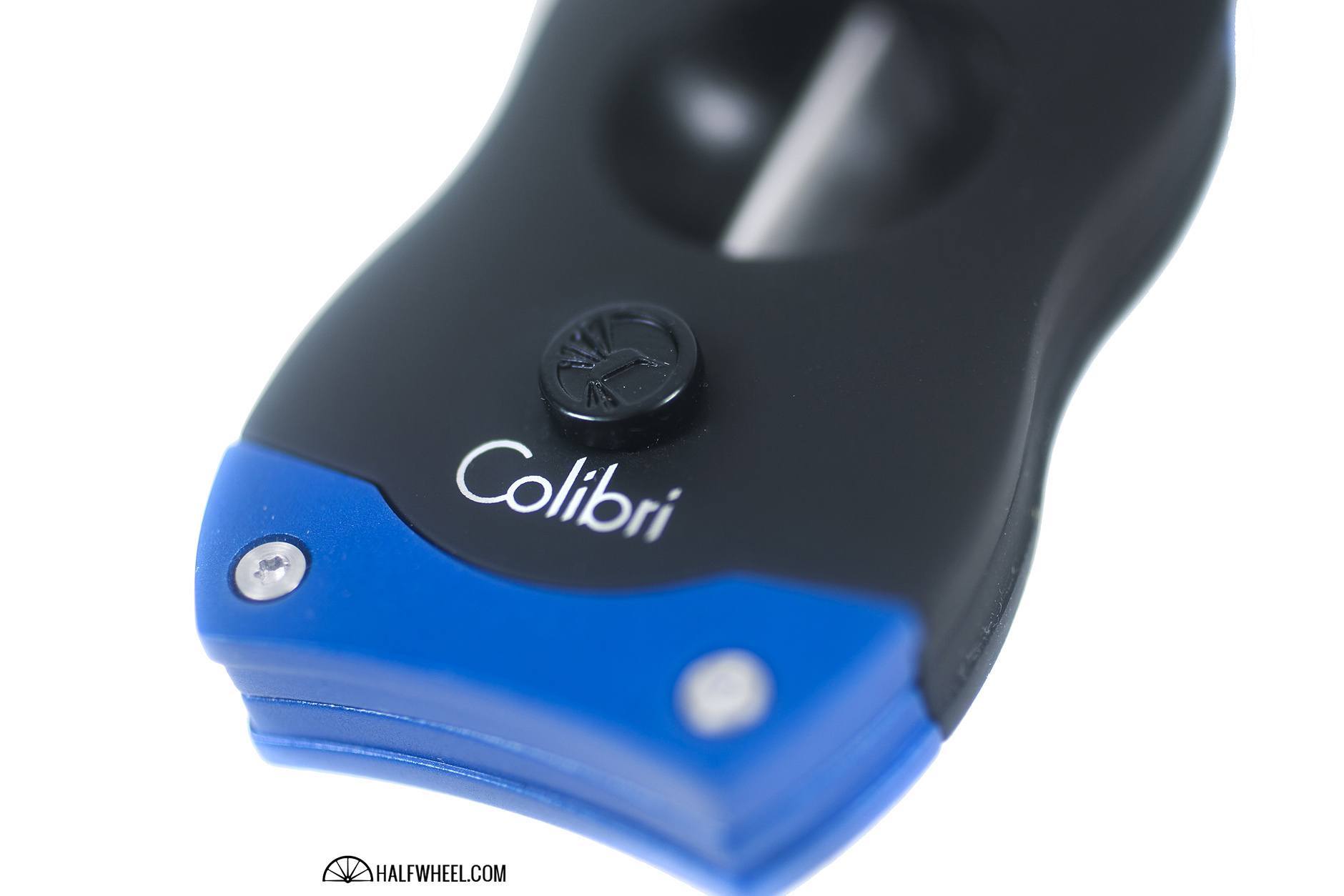 Even considering the minor annoyances above, after repeated use for over two months, the Colibri V-Cut is still extremely sharp, has no issues cutting just about any cigar I try it on and the trigger has shown no propensity to slip. In addition, the rubber on the main part of the cutter has stayed surprisingly free of scars or marks despite being routinely thrown into a bag.. The spring loaded blade of the cutter is as crisp and solid as when it was new, and the blade runs on the tracks smoothly, with no hesitation at all. It’s a solid entry to the v-cutter market and a great alternative for those unimpressed with the XIKAR XV.