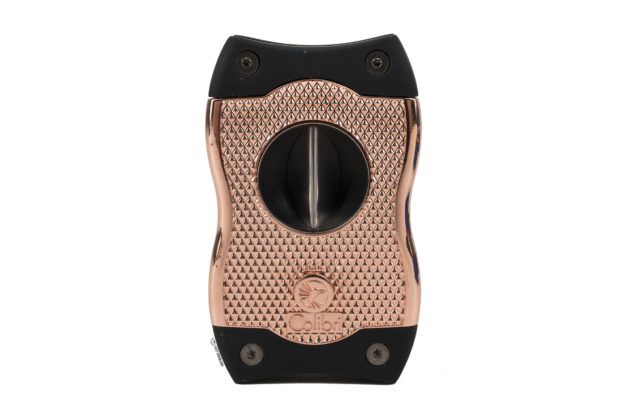 For nearly a century, cigar smokers have faced a choice: straight cut or v-cut. Carrying a small punch, oftentimes built into lighters, in addition to a standard cutter was easy. But carrying both a straight cut and v-cut meant two larger cutters in your pocket. Until now.

Colibri has made that choice moot by introducing the SV-Cut during the 2017 IPCPR Convention & Trade Show, a brand new creation that combines two of its most popular cutters: the company’s V-Cut is featured on one side while the other side includes Colibri’s S-Cut. The point behind the new cutter is deceptively simple: two different cuts, one cutter.

According to the company, the v-cut side will cut a wedge up to 7mm deep on a 60 ring cigar, while the straight cut side is capable of clipping cigars up to 70 ring gauge. All five versions of the cutter are covered in a textured pachmayr pattern and both stainless steel blades are released via a spring-loaded trigger.

The Colibri SV-Cut is available in five very distinctive finishes, all of which carry the same price tag of $75: 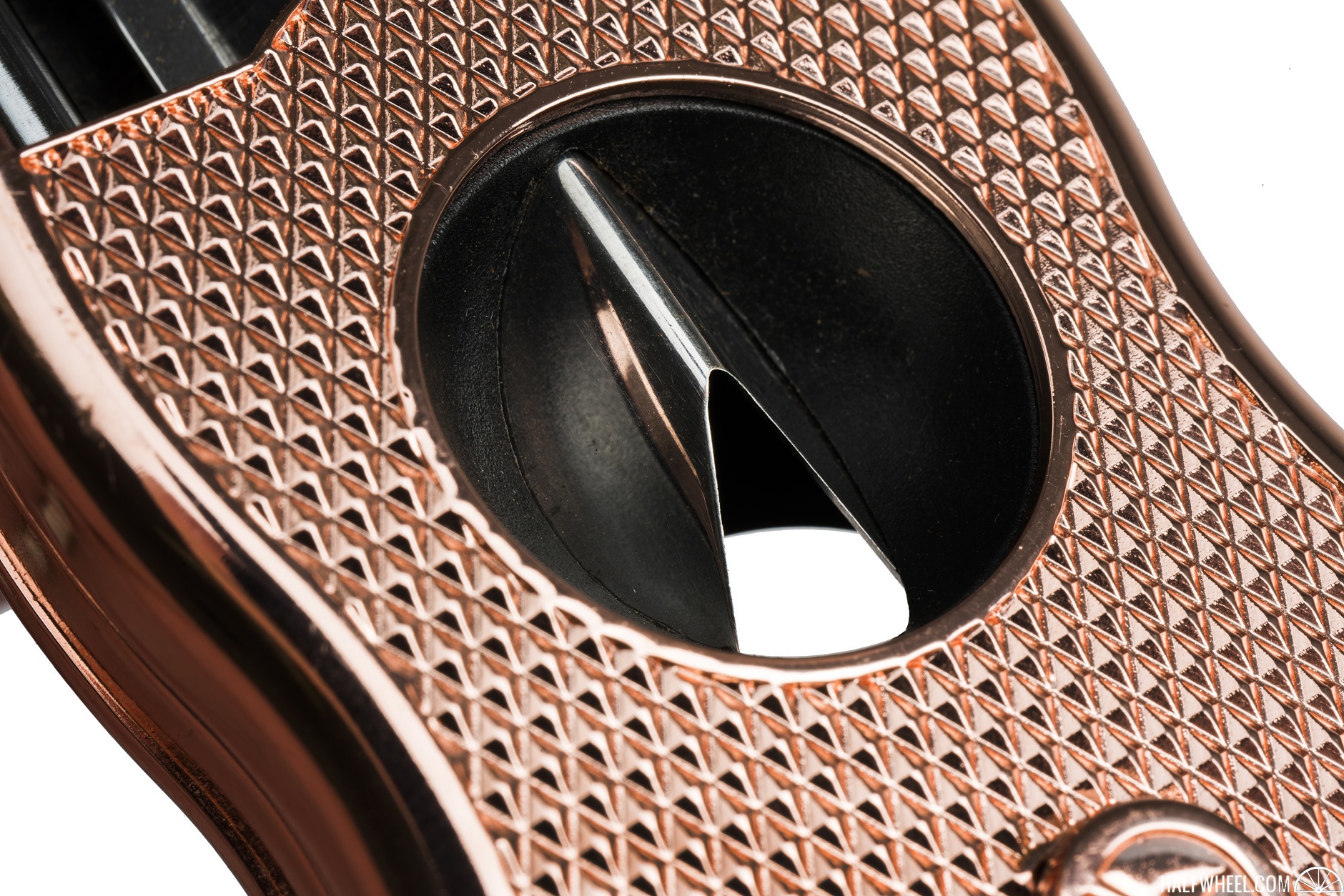 As mentioned above, the SV-Cut features two very different options for cutting your cigars, a v-cut on the front—where the trigger is located—and a straight cut on the back. Both cutters operate in the exact same way, which is also the same ways as the regular S-Cut and V-Cut: the blades are released by pushing down on the aforementioned small trigger—emblazoned with the Colibri logo—that is located on the bottom section of the front of the cutter, which releases the spring loaded section upwards with a loud and satisfying snap. You then put the cap of the cigar into the opening of your choice and push down on the top section of the cutter, which pushes either blade down through the cap and comes to the end of its journey, locking in place with an audible click until you release the trigger again. 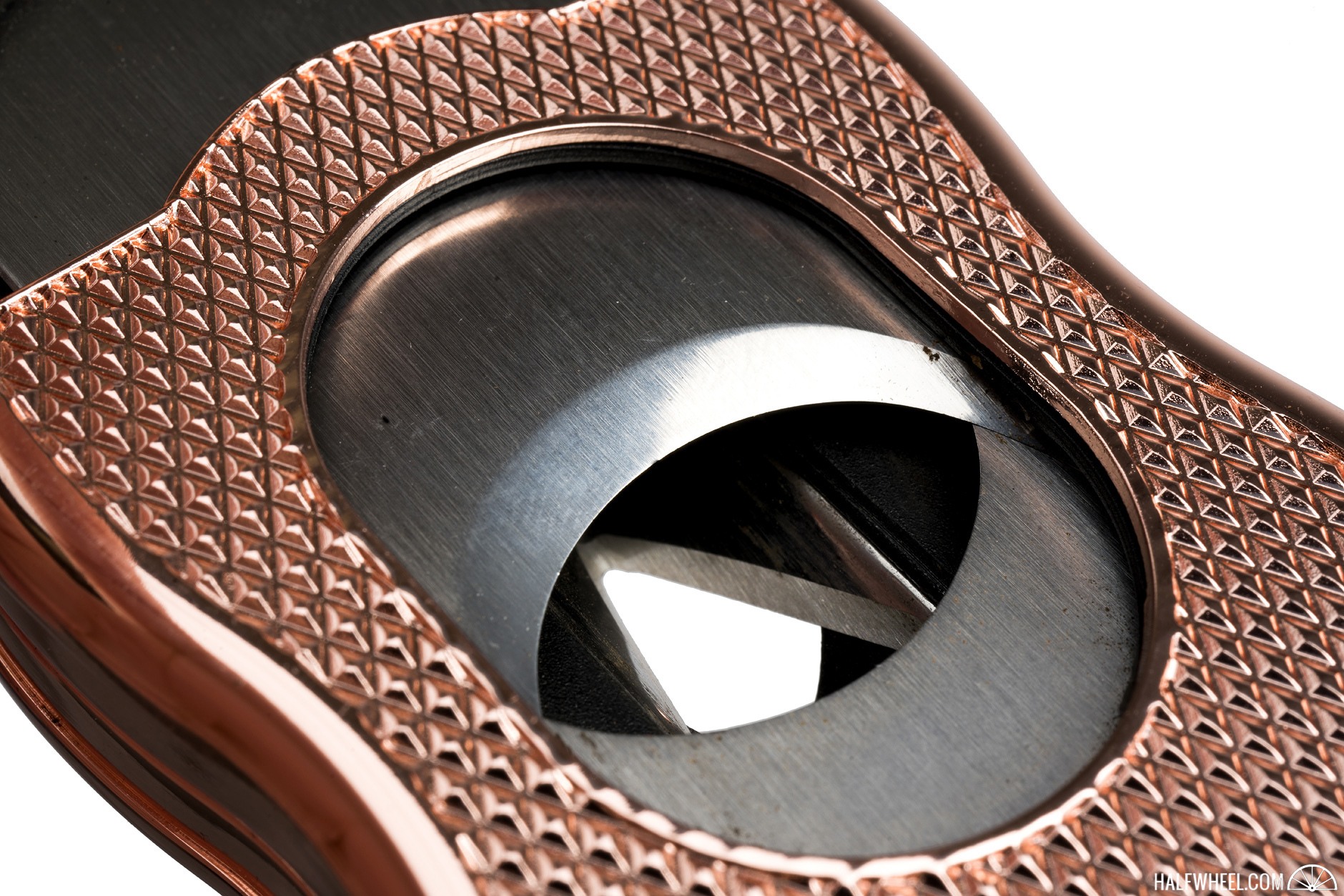 After you cut a cigar, the tobacco remnants are captured in the open middle section of the cutter until you open the blades again. This is actually one of the main issues I have with the cutter: while it is nice to have somewhere for the tobacco to go after you cut it, some of those pieces are quite small and thus quite hard to get rid of. This means that no matter how well you clean it out after every cut, there are inevitably bits of tobacco that flick out every time you use it. For obvious reasons, this is more of a problem when using the v-cut side, but the issue is present with both blades and becomes more and more annoying as you continue to use it.

I used the Colibri SV-Cut for pretty much every cigar I smoked over a two month period, which gave me plenty of time to judge the most important aspect: how well it cuts cigars. In terms of cleaning taking off the top of the cigar, the SV-Cut has absolutely no issues whatsoever, with both the straight and v-cutters providing clean and sharp cuts almost every time, regardless of how big or small the cigars were, what angle I cut at—I prefer to use a Dickman cut on torpedoes, which this cutter handled with ease—or what inclement weather was going on at the time.

That being said, there is an issue with straight cuts. Your view of the cigar cap you are cutting on the straight cut side of the cutter is blocked by the v-cut side, so you can never accurately tell just how much is being taken off. This led to many caps that were much deeper than I wanted. Ultimately, I just decided to take off less than I wanted for the first cut before progressively taking more and more off until I got exactly the cut I wanted. It’s not particularly efficient, but it’s the only way to guarantee you don’t overcut your cigar with the SV-Cut. 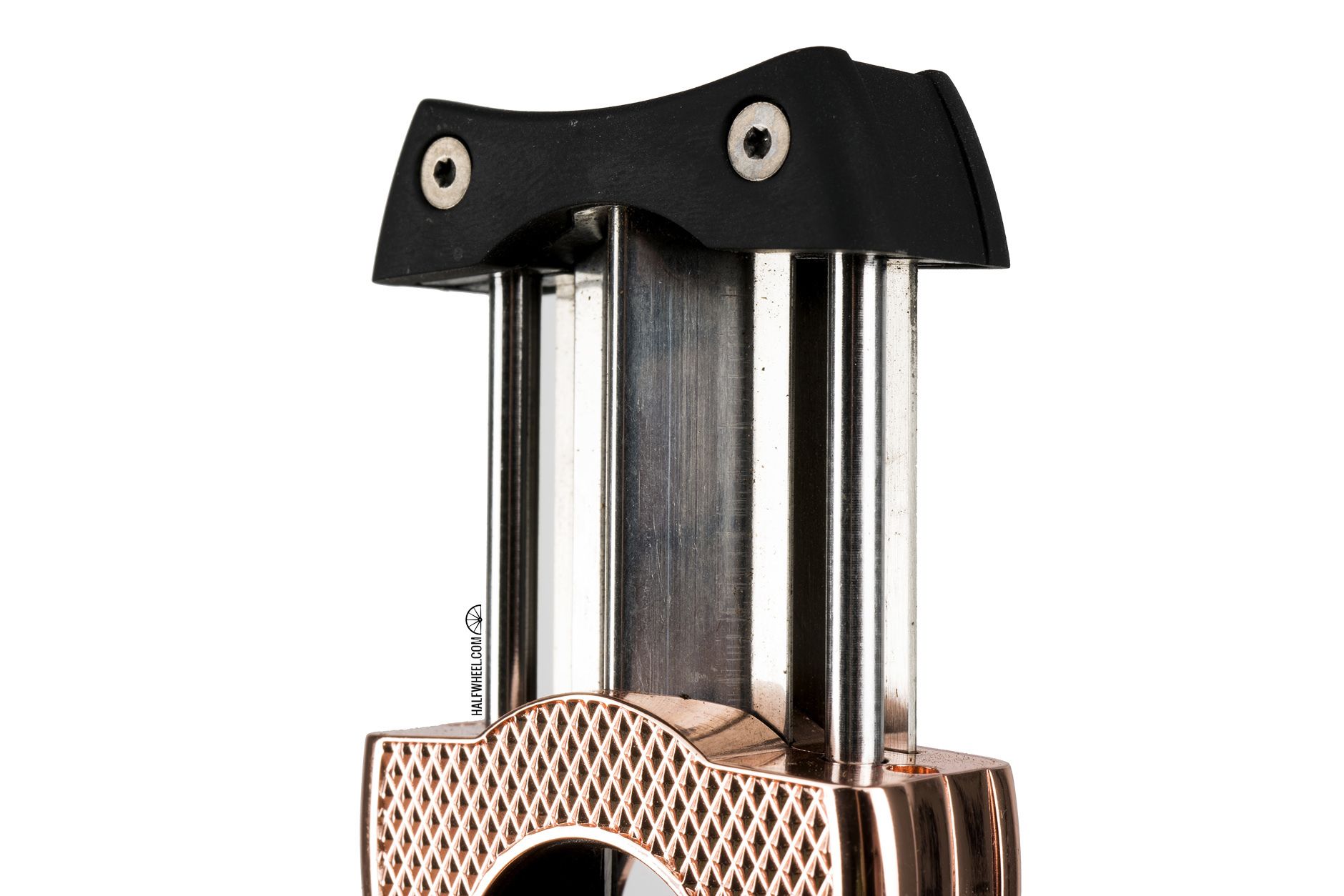 Tobacco remnants getting stuck and a more challenging straight cut motion are both annoying, as is the weight. At 174 grams—about half the weight of a 12-ounce soda can—the Colibri SV-Cut is not something you are going to throw in your pocket and forget while having a night on the town. While the weight does help the balance when cutting caps a bit, I don’t see anyone carrying this around for any length of time without getting extremely annoyed as I did when I tried it numerous times. The cutter is large, thick and bulky, which means you know where it is at all times you have it on your person and worse still, are thinking about it pretty much all the time. 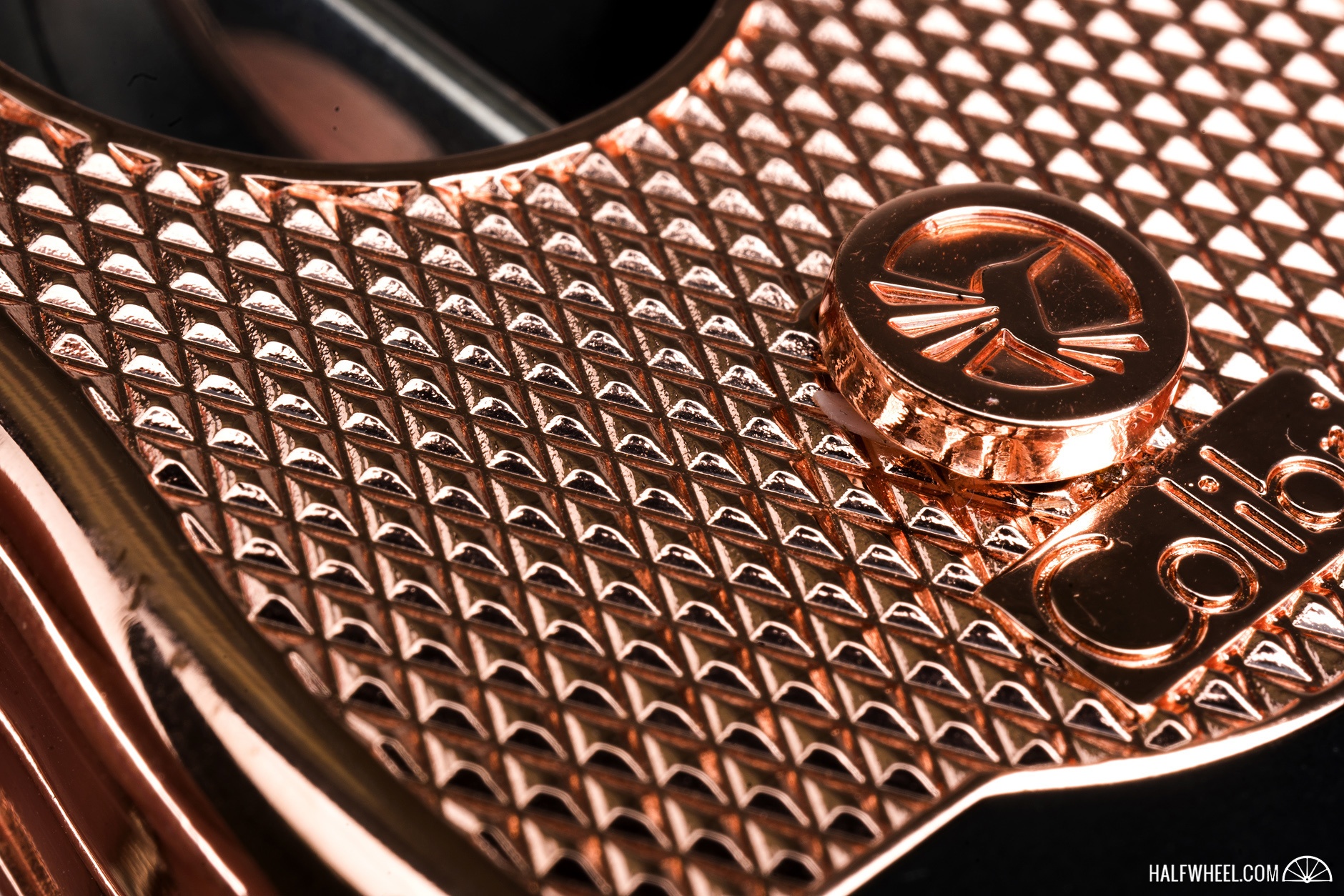 Having said all of the above, the advantages of the SV-Cut far outweigh the negatives I found. Other than the excellent cuts from both sides, one of the main things that jumped out at me is the build quality, which can only be described as exceptional. The exterior textured pachmayr pattern looks great in your hand—even in the rose gold version, which is what I chose to test for some reason—and the finish does not scratch easily, nor does it pick up fingerprints. The cutter is heavy enough give you an advantage when cutting larger ring gauges, while the rubber used on the top and bottom ends does a remarkable job of not collecting dust or lint, even when carried in my pocket for long stretches of time. 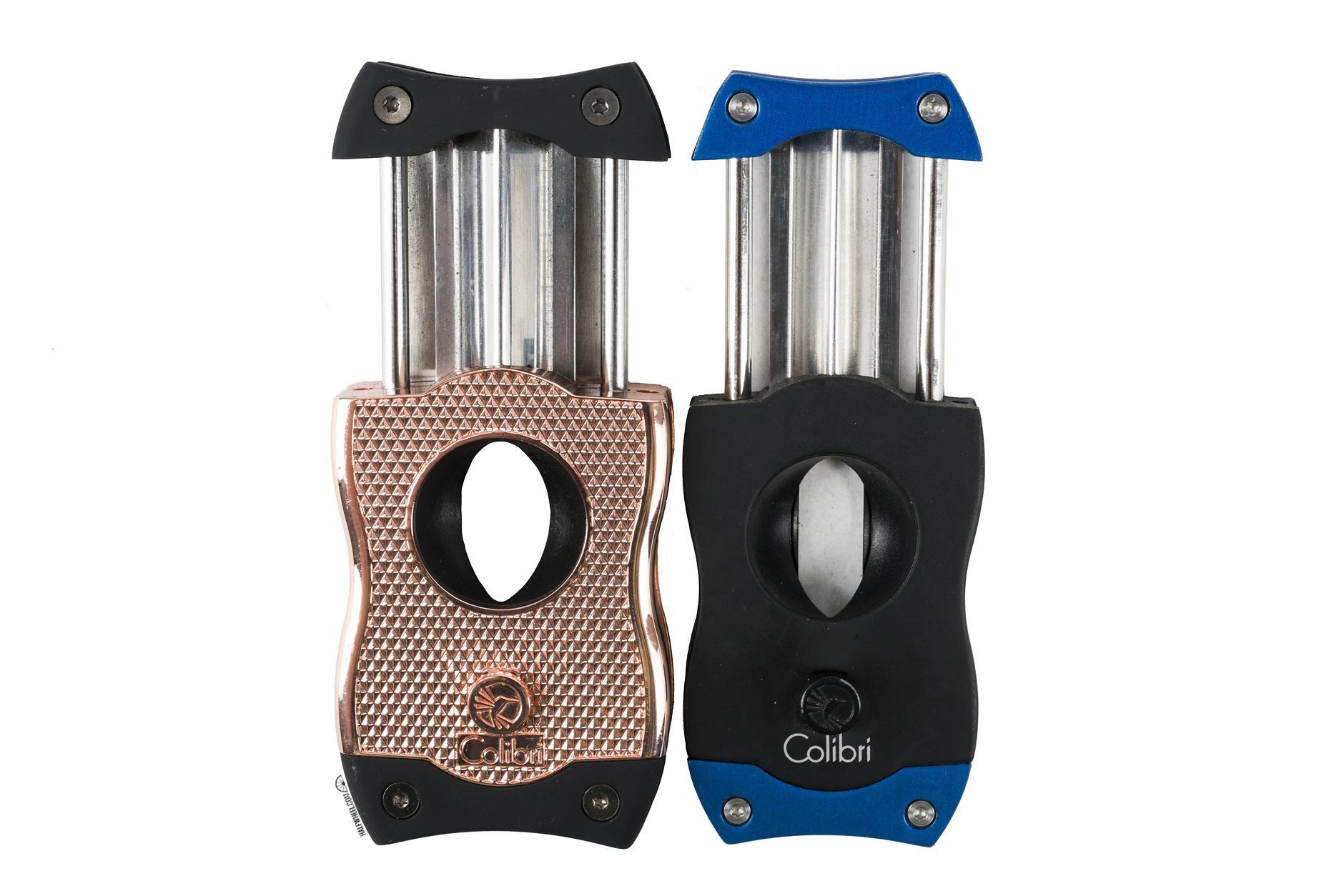 Another great thing about the SV-Cut is the price, which might seem a bit high at first glance until you price out getting both the S-Cut and V-Cut, both of which retail for $39 each. Basically, you are paying less money—albeit only $3 less—and getting a cutter that is infinitely more convenient to boot.

There are not many cutters on the market to give the Colibri SV-Cut any direct competition, mostly due to the fact that cutters having a combination of two types of blades in one portable piece are virtually unheard of at the moment. The obvious first choice is the Colibri Quasar, which features essentially the same cutter combinations, albeit in a much heavier, much larger and much more expensive desktop version. There is also the Palió Table Top Cutter, which was shown off at the debuted 2017 IPCPR Convention & Trade Show, which features four different cuts of varying sizes, again for significantly more money: two v-cuts and two straight cuts. It’s even larger than the Colibri Quasar, but perhaps more importantly, isn’t actually out yet.

Colibri’s two-year warranty isn’t great compared to XIKAR’s lifetime warranty. But XIKAR doesn’t have a product that competes with the SV-Cut, at least not yet. 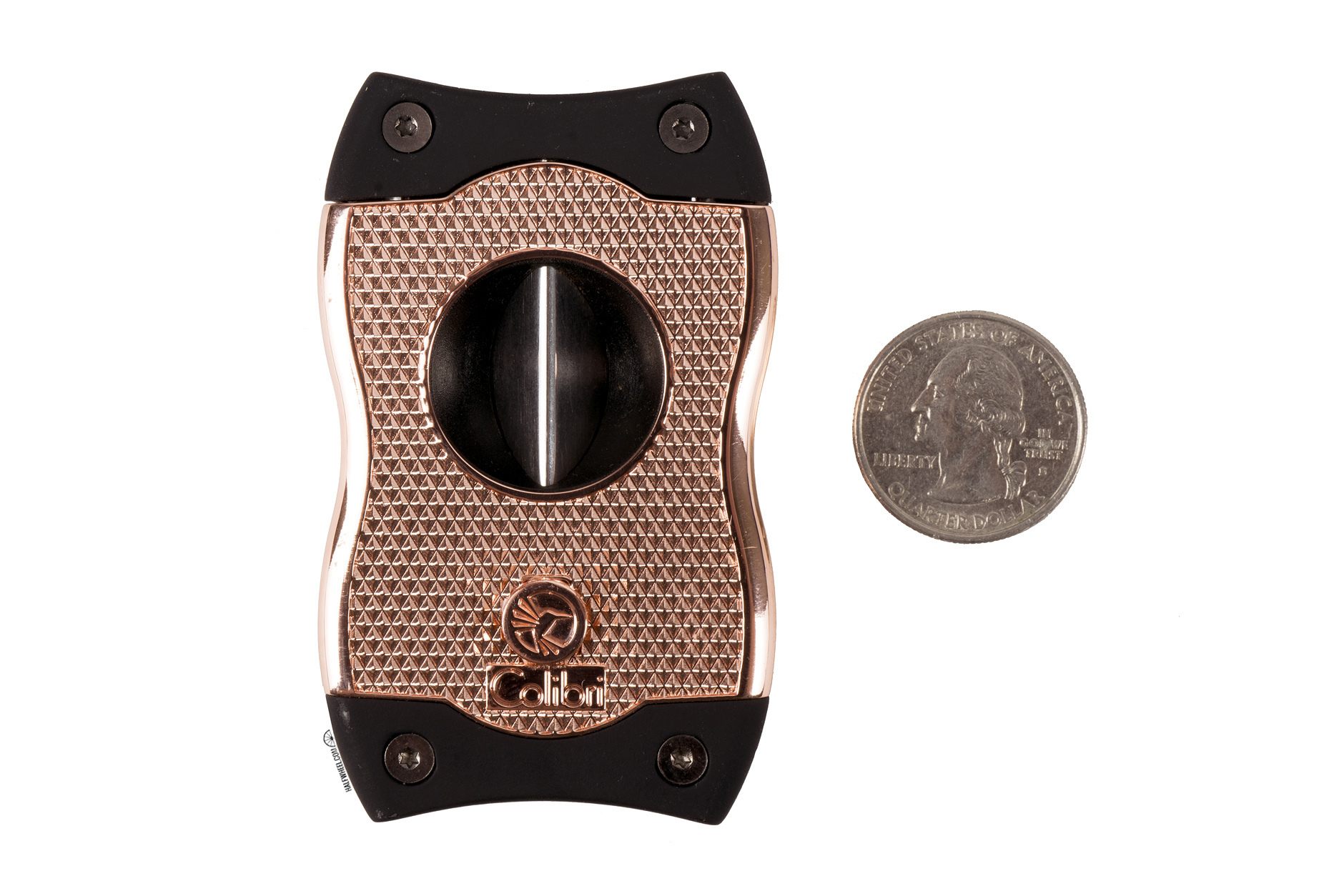 There are many things I look for when judging a cigar cutter and the Colibri SV-Cut hits quite a few of them, seemingly without even trying. It is extremely well-built, cuts cigar caps without effort—on both big and small ring gauges—and features an exterior finish that not only looks great, but also shows no signs of even one scuff or scratch after almost two months of continuous use. In addition, the $75 price tag seems more than justified, particularly given the build quality and versatility. Yes, it is too heavy to carry around in your pants pocket for any length of time without getting annoyed, but it is an ideal option to take to a get together with friends or to leave in a bag, which is where mine will take up permeant residence.