In early April, Colibri announced that it had released a new triple-flame lighter, the Stealth III. When it was announced, the company heralded it as “one of our most advanced lighters ever—featuring pyramidal triple-jet flames, slim-profile ignition, wide air intake and our blue fuel window technology for easy readings,” adding that inspiration for the design was said to come from “the interconnecting angles and facets of modern aeronautical design.”

In the hand, the Colibri Stealth 3 feels almost immediately familiar, especially to someone who frequently uses torch lighters and has had the chance to try out a number of different versions. The design is solid, though there is a bit of wiggle at the top of the unit on the sections that border the flip-top lid. While it is not likely to be a part of the lighter you should have much interaction with, after several weeks of use I began to notice the issue and hoped it wouldn’t become problematic down the road. It hasn’t, but it does remain a concern. The motion to ignite the lighter is easy: a simple flip of the lid and a sliding pull of the large central button is all it takes to get the trio of jets firing to a central point an inch or so above the unit. Like any good triple flame torch, the Colibri Stealth 3 puts out a good amount of heat and has to be properly handled in order to avoid scorching the sides of a cigar or overtoasting the foot. With practice this becomes almost second nature, but it does bear repeating, for as I often tell new cigar smokers: you’re trying to gradually warm a delicate object to the point of combustion, not welding pipe.

The flame’s height is adjusted via a fairly large dial at the bottom of the unit, and a small turn from the absolute minimum is all you need to create a very usable and effective flame. There is certainly much more headroom when it comes to flame height than I think most cigar smokers need, so be mindful of not overdoing it, if only for the reason of not burning through your fuel as fast. While the three jets are arranged in a straight line, the outer ones are angled inward to focus the three flames on a central point, resulting in a strong and powerful heat source with which to toast your cigar. Maintenance of the Colibri Stealth 3 is standard for the majority of torch lighters you will find on the market today: between fill-ups, you’re advised to bleed the excess air of the unit by depressing a small button in the center of the flame adjustment wheel on the bottom of the unit. The bleed time on the Stealth seemed faster than other lighters I have used, and I’m not totally sure what to attribute that to or place a judgment on it, other than it being a positive from a time perspective. As long as you have a small screwdriver or similar tool, you should be fine—and I will take this opportunity to remind you to bleed your lighter on a regular basis to ensure its best performance, whatever model you might be using. From a form perspective, this isn’t the most ornate lighter on the market: it doesn’t light up or have added bling, and that is certainly an appealing part of it for me. It’s a subtle design that draws from the color you select for its most distinguishing physical characteristic. As has become the norm with Colibri lighters, the Stealth 3 has a fuel window that displays the fuel supply in a blue hue, making it a bit easier to see just how much you have left. I have never found untinted fuel windows to be a problem, but it is a distinctive touch on this model.

One drawback that I did notice is that the unit doesn’t appear to be engravable, a service offered by some of Colibri’s competitors. It’s one of those small details that while not a make-or-break issue, fails to earn points for this model for going above and beyond just selling a product.

My use of the Stealth 3 has been fairly consistent over a period of about six weeks, and I can’t say that I have found any serious flaws with it. Ignition has been consistent and reliable, it doesn’t seem to burn through an obscene amount of fuel—at least not more than any other triple flame lighter I’ve used—and while I have been a bit more cautious in my handling of the Stealth than I am of my other lighters, the unit hasn’t picked up any physical blemishes. How it would fare in normal use remains to be seen, including the inevitable dropping out of the pocket or being shoved into a pocket with a cutter and keys. I couldn’t find any protective cases on the Colibri website, and the unit I was sent didn’t come with one, which seems to almost invite scratches and dings into the glossy paint job. 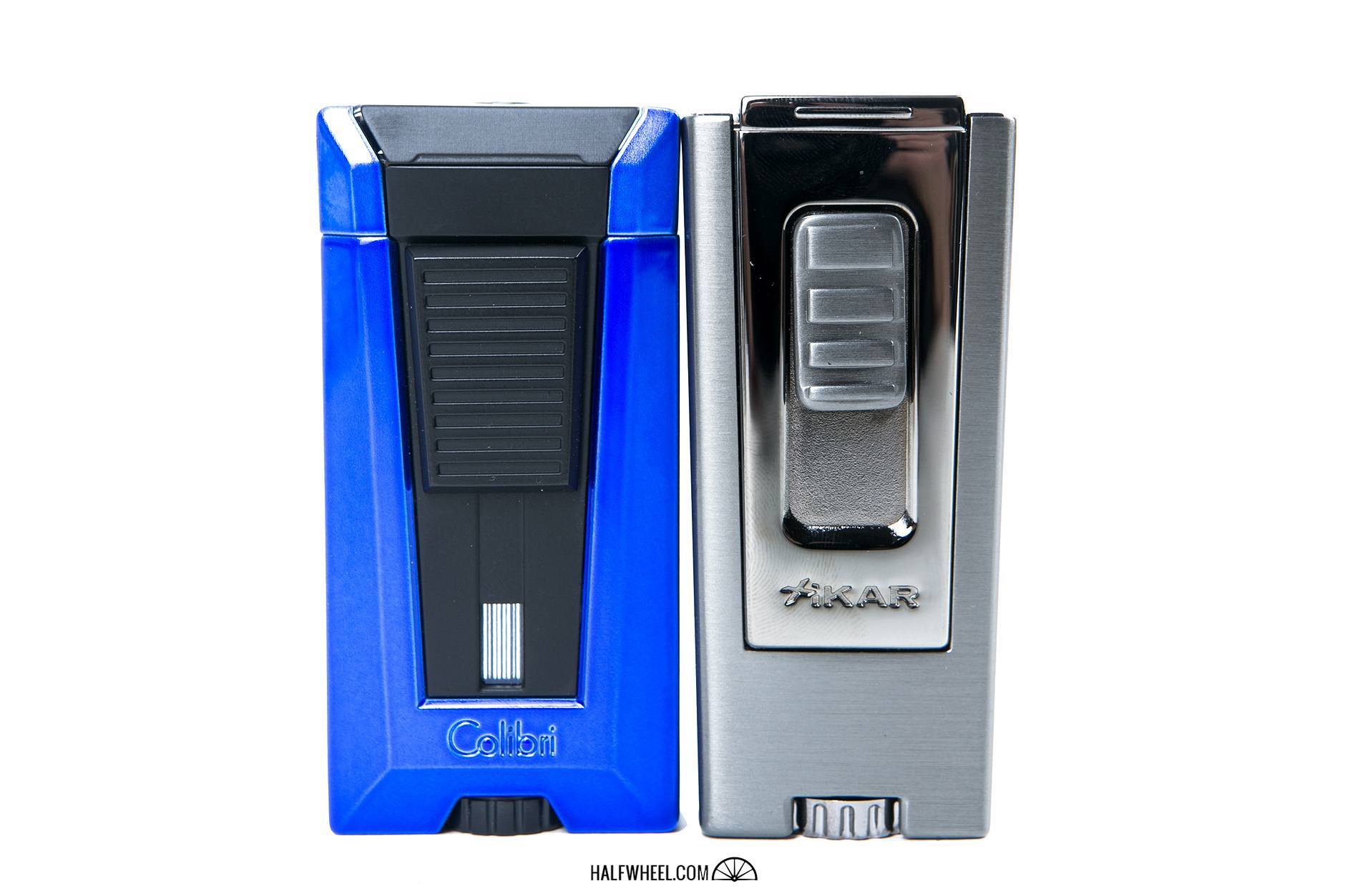 It’s hard if not impossible to overlook the striking similarities to another triple-flame torch lighter reviewed on halfwheel, the XIKAR Trezo. While height and weight in the hand are nearly equal, the Stealth 3 is a bit wider and moves the fuel window to the front of the unit, with some different color options offered between the two lighters. The Stealth 3’s suggested price is also even to the Trezo at $100 per unit, with Colibri offering a two-year warranty as opposed to XIKAR’s lifetime warranty. It is worth noting the stipulations of Colibri’s warranty, which include paying for the unit to be shipped both ways for service and including your original sales receipt.

When looking at the Colibri Stealth 3 at first glance, there is certainly a lot to like: the performance has been sound and the color options available for this model don’t seem to exist as readily with other manufacturers. While the price out the door is comparable to similar models on the market, I do wonder about this unit’s performance and appearance down the road, especially since there doesn’t seem to be a protective case available for it and the warranty is indeed limited. The fact that I felt some wiggle in the unit’s assembly with this short amount of use also concerns me a bit, especially since I have tried to be extra protective of it during this period of evaluation.

For now, the Colibri Stealth 3 earns a reserved recommendation, with the decision as to how much the design, warranty and protective case matter being left up to you. The bar for lighters has been set fairly high and whether or not the Colibri Stealth 3 can live up to it is something that only time and regular use will be able to determine.

The lighter for this review was sent to halfwheel by Colibri.