Colibri is closing out 2018 by shipping the second piece of its 90th Anniversary Set, the specially designed Rally lighter that complements the V-Cut shipped earlier this year. 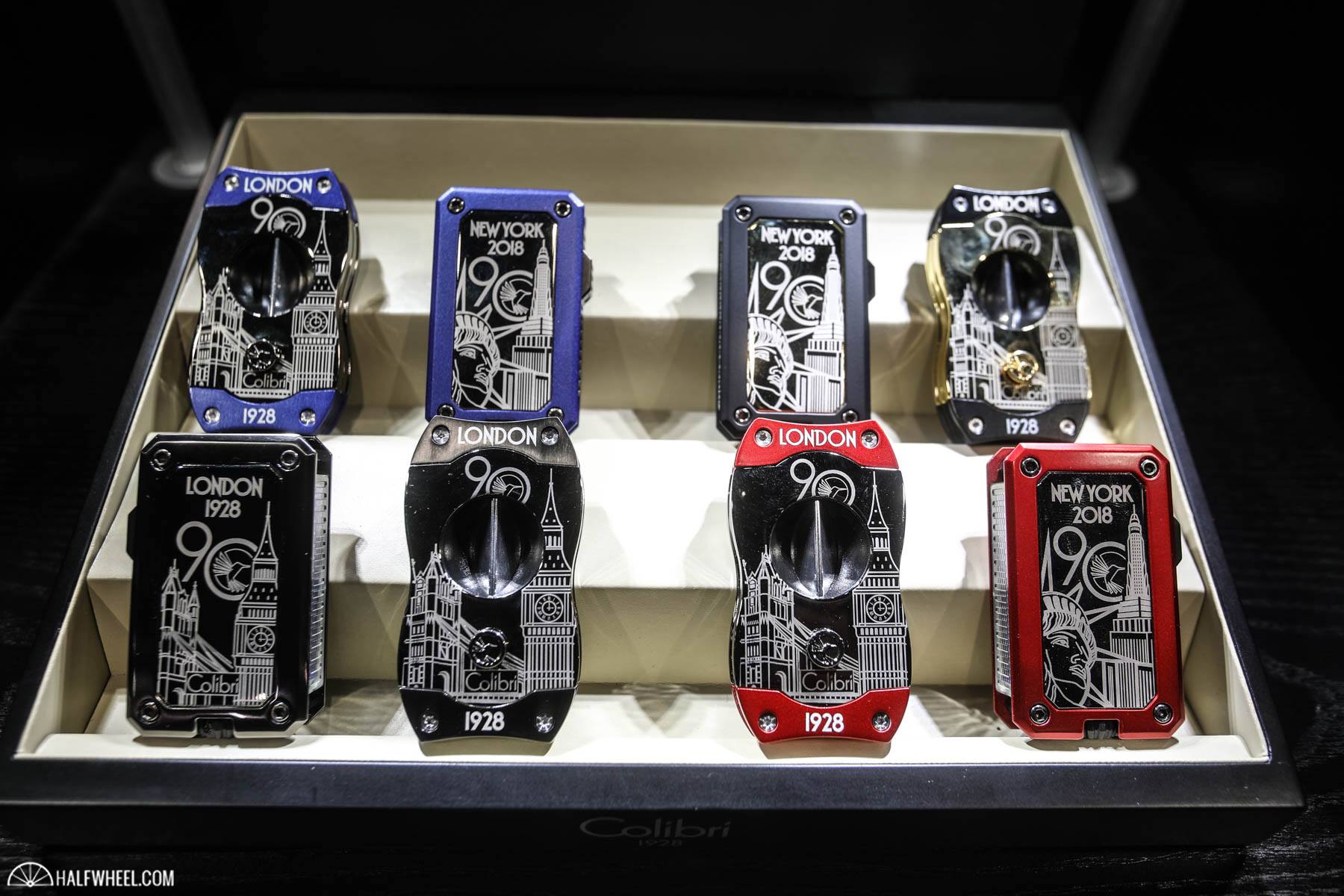 The Rally, which was released in 2017, is a single flame torch lighter that gets its inspiration from “the spirit of modern F1 racing,” according to the company. The lighter features a single action trigger on its side that lifts the trap-door lid on the top while allowing for the butane to flow and firing the initial spark. It also uses a vertically-oriented fuel tank that the company says increases overall fuel capacity by 50 percent above the average single-jet lighter. The window to the fuel tank is also tinted blue to make it easy to see how much fuel is remaining.

Both pieces in the Colibri 90th anniversary set sport designs celebrating the company’s founding and recognizing its present, with London 1928 and New York 2018 engraved on both sides of both accessories. Colibri was founded in 1928 in London by Julius Lowenthal, an inventor who created the Colibri “Original,” a lighter with a spring-loaded ignition arm that when pulled and released, sparked the lighter’s flame.

Since then the company has marked its history with several milestones, including the development and patenting of the electronic piezo ignition system in the 1950s, the pioneering of a windproof torch lighter in the 1980s, and the development of cigar lighters with built-in cutters in the 1990s. The company also introduced the first triple-jet torch lighter in 2000, and in 2013, with the company now headquartered in New York, launched the Colibri V-Cut, one of its most popular cutters.

The set is being offered in four finishes: all gunmetal, gunmetal and red, gunmetal and blue, and gold and black, which each set sellings for $128. The pieces can also be purchased individually, with the V-Cut priced at $59 and the Rally at $69.