Two years after releasing the V-Cut, Colibri showed off a straight-cut version of the same cutter during the 2015 IPCPR Convention & Trade Show. Appropriately named the Colibri S-Cut, the new cutter features many of the same design details from the V-Cut, including the overall look, black rubber base and dual stainless steel blades. 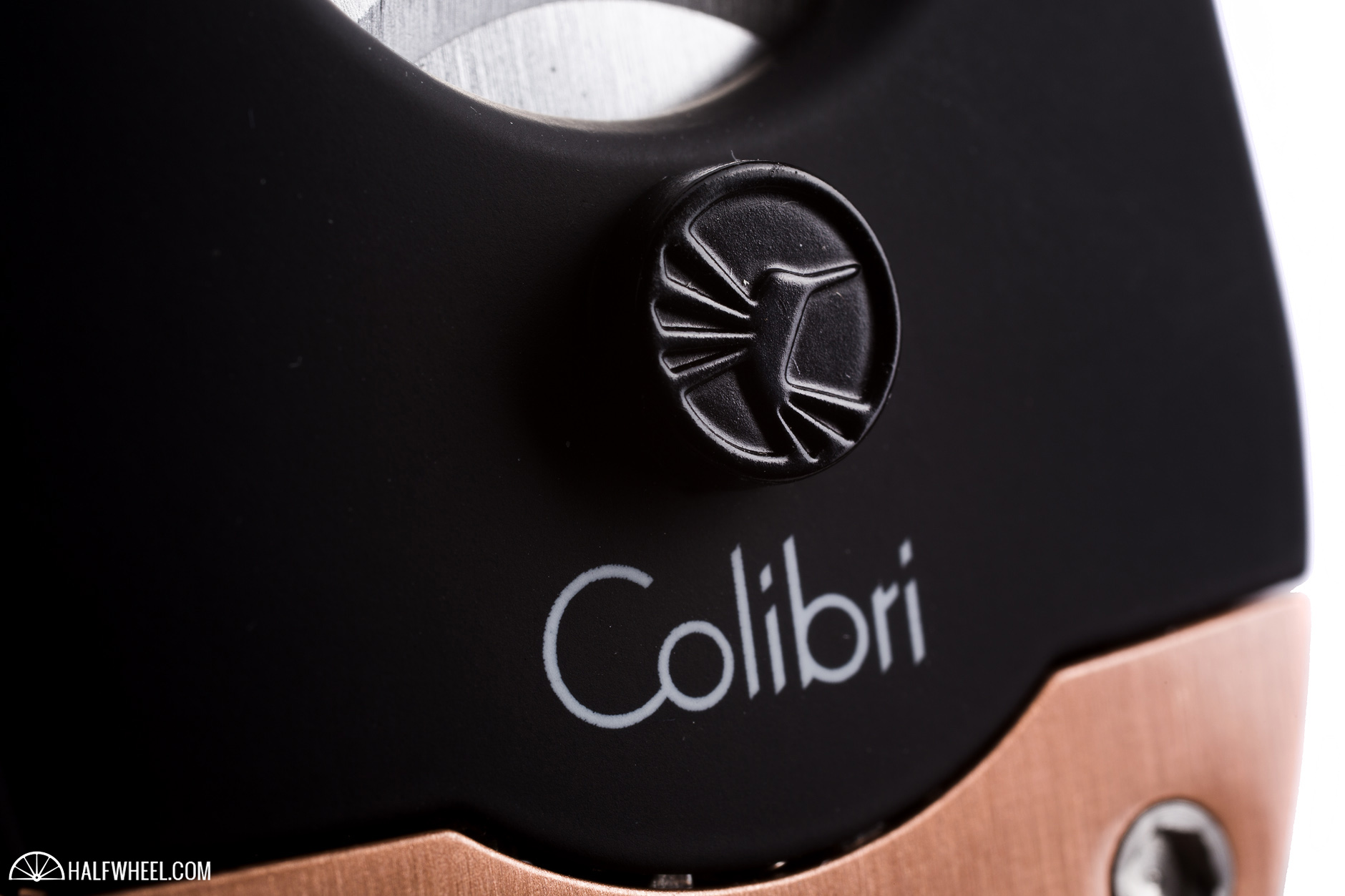 The S-Cut is everything you love about the V-Cut—in a straight cut. The Colibri S-Cut is contoured for beauty and to fit securely in your hand. The primary stainless steel blade is spring-loaded and is purposefully designed to meet the secondary blade with almost no space between the two blades to produce a crisp shear off the cap of your cigar.

Much like the Colibri V-Cut, the S-Cut features a black rubber base accented with six different colors: black, blue, chrome, gold, red and rose gold. The price is also the same, with each cutter selling for $39 regardless of accent color, enclosed in a separate Colibri gift box. However, unlike the V-Cut which can only cut up to 60 ring gauge sticks, Colibri says the S-Cut can handle 66 ring gauge cigars, a claim that I found to be accurate when I tested it.

In addition, Colibri sells an ez-cut version of the cutter for the same $39, which features a closed back body style to prevent too much of the cap from being cut, and limits each cut to just two and 1/2 millimeters. However, unlike the regular S-Cut, the ez-cut is only available with brushed gunmetal accents. 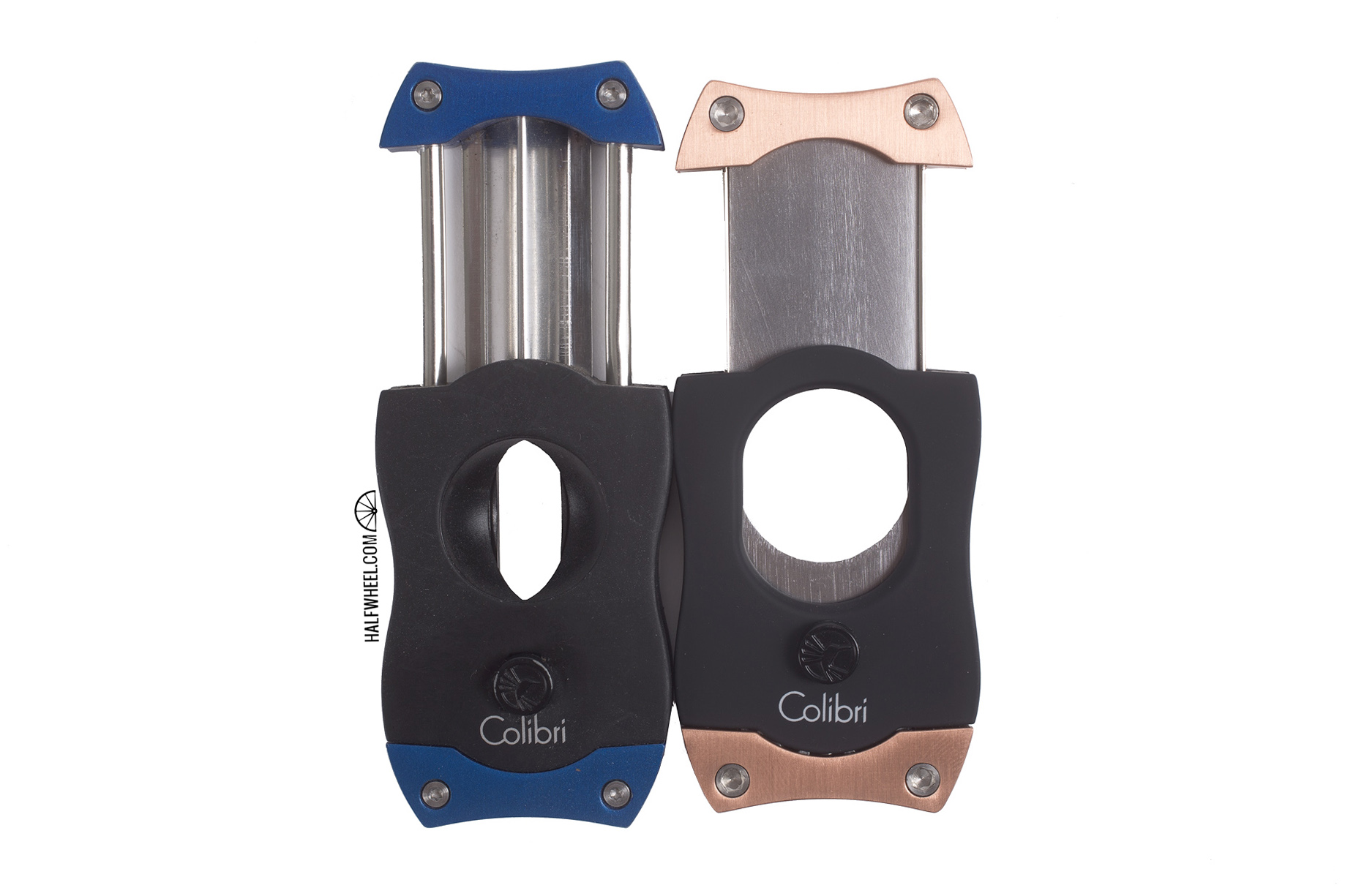 As is the case with the V-Cut, the Colibri S-Cut is extremely heavy when held in your hand, easily one of the more substantial feeling cutters on the market. The rubber base has a very distinctive feel to it, and the accent colors are well integrated on both the top and the bottom of the cutter itself.

In terms of operation, the S-Cut features two stainless steel blades: the top blade is spring loaded and moves back and forth, while the secondary blade remains stationary. The main blade is activated by pushing down on a small nub—emblazoned with the Colibri logo—on the bottom section of the cutter, which releases the spring loaded section upwards. You then put the cap of the cigar into the resulting opening and push down on the top section, which pushes the cap against the stationary blade, resulting in straight cut through the cigar. As the top blade cuts through the cap and comes to the end of its journey, it locks in place with an audible click and stays that way until you push down on the trigger again.

After using the Colibri S-Cut almost exclusively for close to a month, the advantages of the cutter are fairly obvious. First, the heavy weight of the cutter helps to stabilize the cutter when you are cutting a cigar, allowing for both a smoother cut and fewer issues with torn wrappers. Second, although it does pick up lint and dust easily, the black rubber base is extremely durable and prevents any noticeable damage despite being carried in my jeans pocket with keys numerous times. The blades are sharp and well built, and I had no issues at all with each and every cigar I cut it with, regardless of the vitola or size of ring gauge.

In addition, while I was concerned that the track the top blade rolled on would decay over time, that turned out to be no problem at all, and the blade still locks in place now after continuous use as well as the day I first starting using it. I was also a bit worried about the knob getting pulled off of the cutter at some point, but thankfully, my fears in that regard also proved groundless. 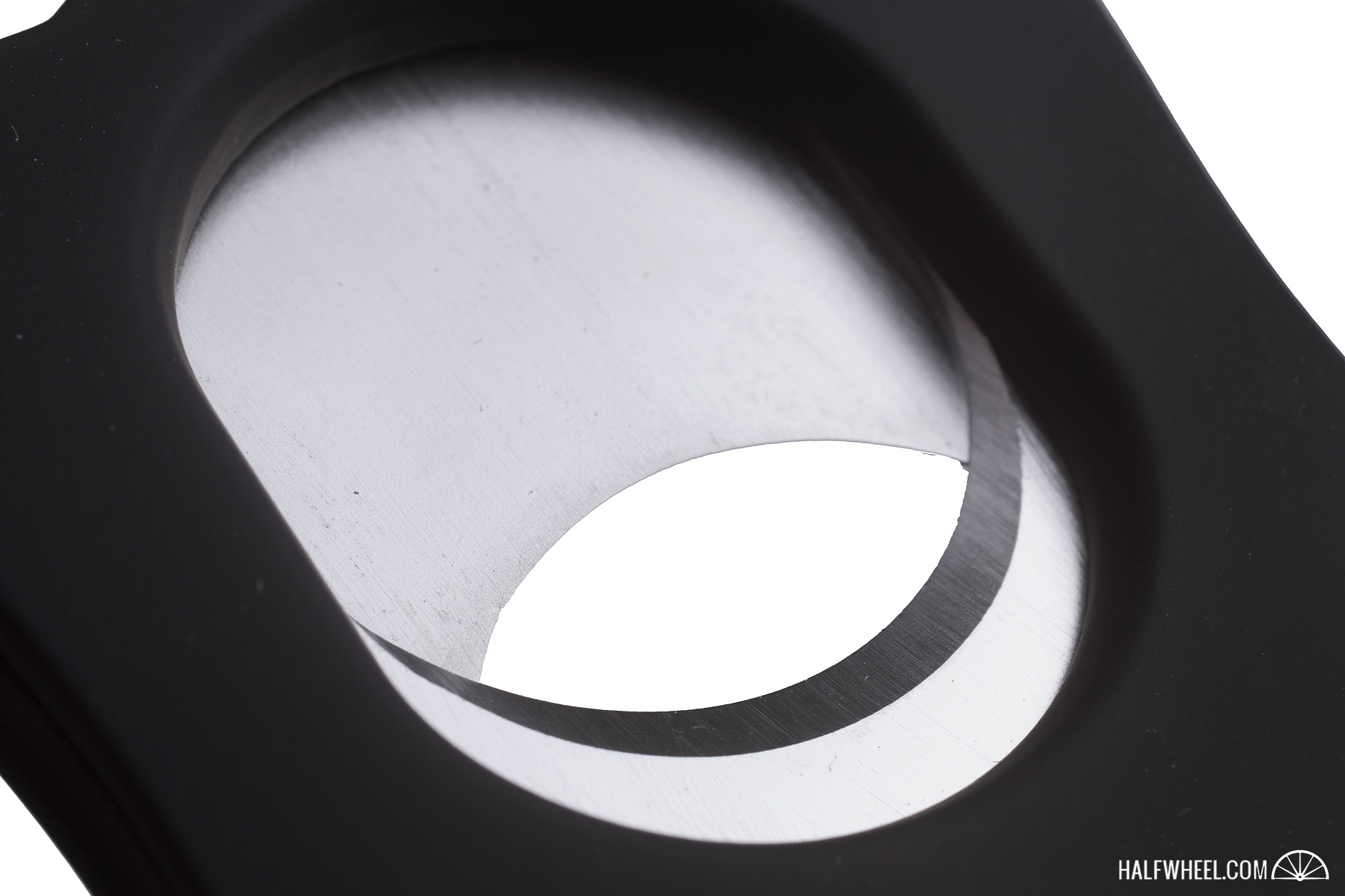 Of course, having said the above, I did run into some issues with the cutter. First and foremost, the overall weight that helped so much when actually cutting the cigar is a double-edged sword, making the cutter extremely noticeable—and dare I say, a chore—if you are carrying it on your person for any extended period of time. Secondly, the knob that on the bottom half of the cutter that you push down in order to open the cutter sticks out from the sleek profile of the rest of the body, and tends to catch on clothing when it is being carried around.

Being just a standard straight cutter, the S-Cut has quite a few competitors, but none of them feature the combination of weight and obvious well-built construction the Colibri has. The XIKAR M8 ($49.99) is both heavy and cuts cigars up to 70 ring gauge, but also costs about $11 more. The Vertigo VC800 “Big Daddy” is significantly cheaper at and MSRP of $10 and cuts up to 80 ring gauge, but the construction and overall feel of the cutter is not even in the same universe.

Of course, one thing that is very different on each of the cutters is the warranty they come with. Like all XIKAR products, the M8 has a lifetime warranty and will be replaced for any reason under the sun, whereas the Vertigo has no warranty whatsoever. In comparison, Colibri only guarantees the S-Cut for two years.

After using the Colibri S-Cut for almost a month, the results are a bit of a mixed bag. While the cutter performs its main function—actually cutting cigars—extremely well each and every time, the weight of the cutter is quite noticeable and did get annoying when I put it in my pocket to take with me at at any point. The price point is quite good for the quality of the cutter you are getting, and looks great while you are using it. A very good cutter, and one I can easily recommend, but it still will not replace my coveted XIKAR X875 for daily use when I am not reviewing.

Disclosure — I’m fairly certain this was sent to us by Colibri, but I’m not 100 percent sure.