Next week, Colibri will be unveiling the latest in its series of auto racing-inspired accessories at the Tobacconists’ Association of America meeting, the Apex lighter. 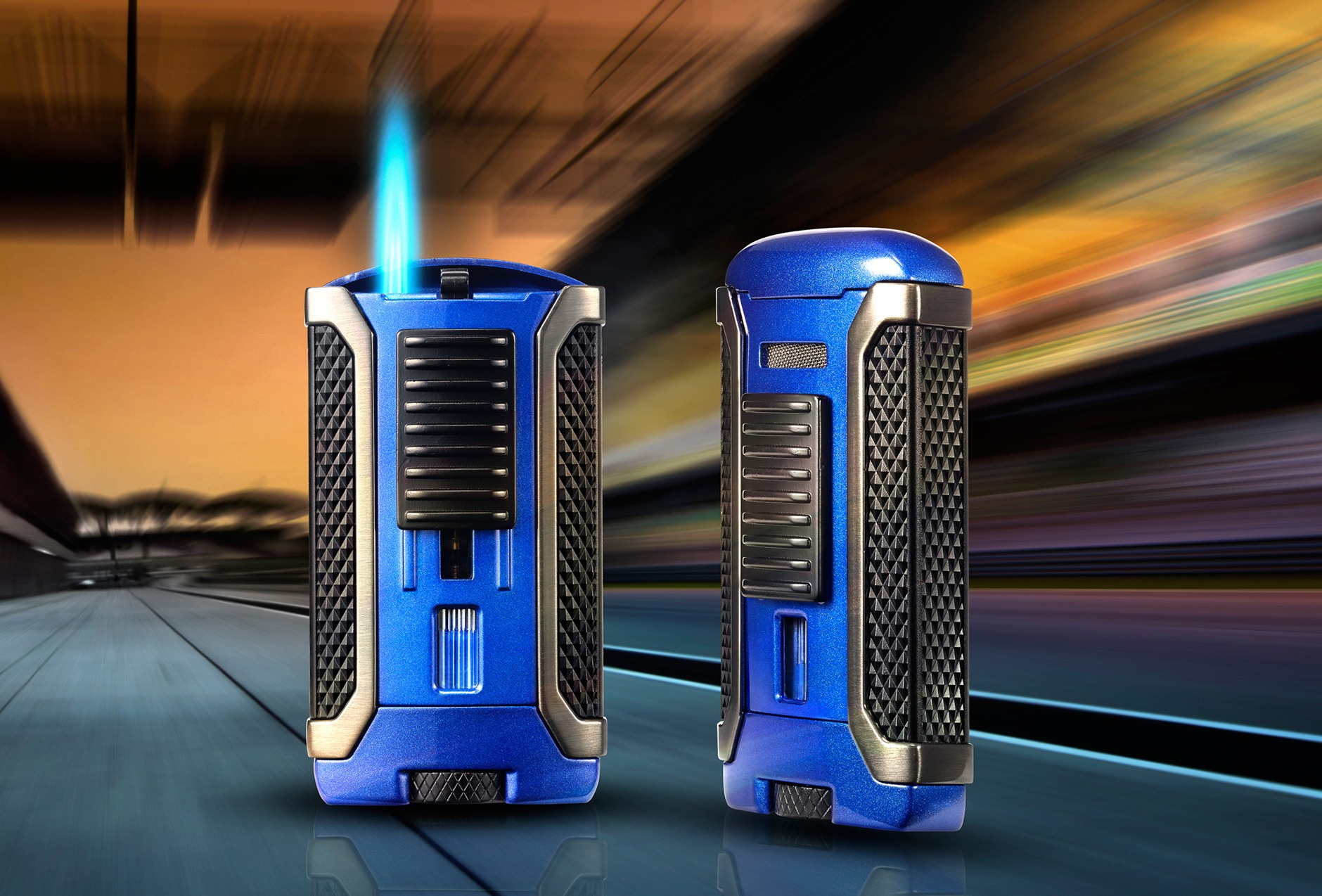 Named for the point on a race course where the driver increases the throttle for the fastest exit out of a turn, the Apex is a single flame torch lighter that utilizes a unique push-up ignition, instead of the traditional pull-down style. It’s the same ignition that the company debuted in its Slide lighter, though in this case the body of the lighter remains fixed.

The lighter also features a pachmayr pattern on the sides and back of the body to enhance grip. The fuel level indicator features the company’s signature blue tinting, while a large, textured wheel at the bottom of the lighter is used to adjust the flame height.

The Apex lighter is offered in six finishes, metallic black, metallic silver, metallic red, metallic blue, neon orange, and neon green. Each color option retails for $59, with the lighter set to begin shipping immediately. It joins the Daytona and Rally in the company’s collection of racing-inspired lighters.

The Tobacconists’ Association of America meeting runs from April 28 – May 3 at Casa de Campo in the Dominican Republic. It is the 50th anniversary of the organization, which includes approximately 80 premium cigar retailers and 40 cigar and accessory manufacturers. This year also marks the 90th anniversary of Colibri.