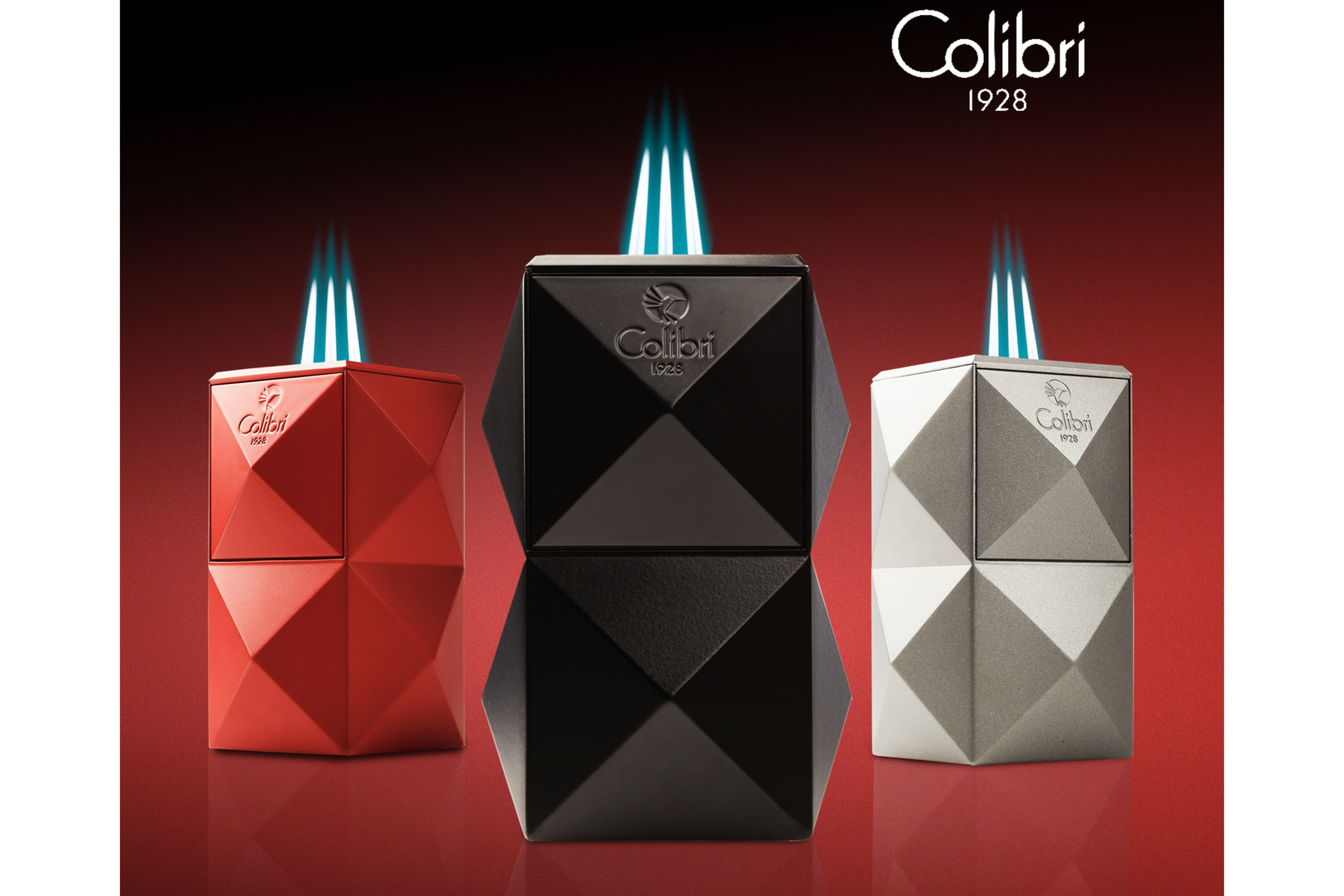 Colibri Quasar Series will get another addition in the form of the Quasar Table Lighter.

It is a triple-flame lighter, angled together like many of the company’s triple torch lighters, that is activated by pressing on the top of one side of the lighter. If it looks familiar, it’s because the new lighter looks like the company stacked two of the Quasar Desktop Cutters on top of one another to form a lighter.

Like the rest of the collection, the Colibri Quasar Table Lighter uses the hobnail pattern that was found on the company’s Moletric lighters in the 1960s. In 2014, the company brought back the pattern for use on a new limited humidor. This marks the seventh item in the collection, which includes:

Pricing is set at $150 and it will be offered in black, silver, gunmetal and red.