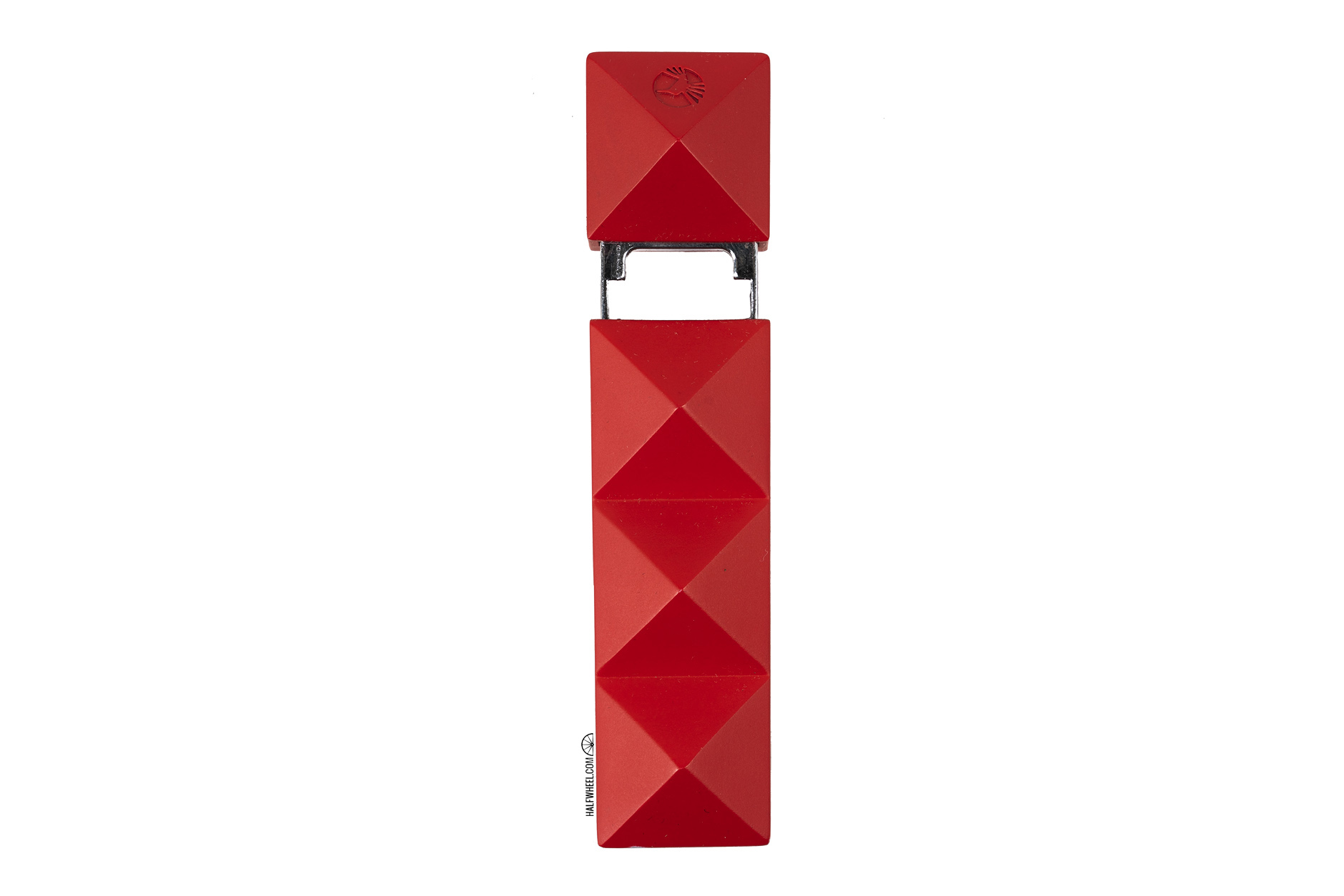 Last year, what has become arguably one of the cigar industry’s most unique series of accessories—the name of which was taken from the mysterious sources of light and energy that emanate from the farthest galaxies of the universe—added another member, namely the Colibri Quasar Punch. As with the rest of the items in the Quasar Series, the Quasar Punch ($59) features a unique hobnail pattern that was originally found on a vintage 1960s Colibri Moletric lighter.

The Quasar Series debuted back in 2014 with the release of the aptly named Colibri Quasar, a collaboration with humidor maker Daniel Marshall. Since then, the series has added a number of different products, including the dual-blade Quasar desktop cutter, a Quasar-styled version of its Cut cutter and most recently, a triple-flame Quasar Table Lighter that retails for $150.

The Quasar Punch is one of seven different accessories that were inspired by the pattern on the original lighter: As the name implies, the Quasar Punch is a punch cutter that features three different-sized stainless steel blades housed inside of an all-metal base: 7mm, 9mm and 12mm. The location of each of the blades coincides with a pyramid on the front of the cutter while the fourth pyramid on the end functions as the handle that operates the blades. Four different exterior color options are offered, all of which retail for the same $59 price: Metallic Black, Metallic Silver, Metallic Charcoal and Matte Red.

While the operation of the punches are fairly easy to figure out—line up the cap of the cigar with the sharp edge you are using and push while slightly rotating, then pull out slowly—the operation to actually engage the punches is a bit more problematic, at least until you turn it around. Looking at it from the front, you can see a crease between the third and fourth pyramids, but there is not an obvious way to force the punches to appear unless you look on the back. There, all will become painfully obvious, as the word “OPEN” and an accompanying arrow don’t leave much to the imagination.

Once you firmly pull the fourth pyramid in the direction indicated by the arrow, three different-sized blades pop out of the body of the cutter simultaneously with a satisfying click, ready to perform their duties. The pyramid then locks in place, meaning that you can cut your cigars easily without worrying about the action pushing the blade back into the body before you are ready. When you are finished using the punch as noted above, you simply push the pyramid back into place, which quickly and easily makes the blades disappear while also ejecting the cigar cap that was just cut like magic. The thing that makes this cutter truly special is the fact that it features three different punches in one device, each of which are included to give optimum results with a small range of ring gauges. Smoking a corona or lonsdale? The 7mm blade is just right for those vitolas. Pulled a robusto or toro out of your humidor? The middle blade measures 9mm and will easily accommodate them. Decided you had time for a 56 or 60 ring gauge cigar? The 12mm blade gives you a great option for those sizes without skipping a beat. In addition, despite the fairly small footprint of the housing around the blades, there is plenty of room between the three punches to push down large ring gauge sticks without the sides rubbing any of the other blades, even if you are off center a bit. While you would think it common sense to include more than one size of blade on a punch to cover different ring gauges, punches designed with three separate blades are surprisingly hard to find. Perhaps the product that comes closest to the Quasar Punch in terms of actual cutting options is the Credo “3-in-1”, which is a square cutter made of titanium that opens up to reveal three blades measuring 6mm, 10mm and 14mm. While the price is a bit lower than the Quasar Punch—$41 compared to $56 for the latter—the design leaves a bit to be desired, and I imagine the amount of time it takes to open up the cutter—not to mention the balance issues when actually trying to use one of the punches on the cap of cigar while the other two hinged sides flap around—would quickly make the minor cost saving a moot point. I have never been a huge fan of punch cutting cigars, not because it does not work as well as a v-cut or a straight cut, but because the vast majority of punch options on the marker feature just one size blade, meaning I would have to carry around 3 different punches to make sure I cover all of my bases. Colibri has solved this problem easily in a compact package that is sleek, modern and extremely functional. Yes, there are some minor issues—including the chipping paint that could really become an eyesore if the damage goes beyond the tips of the pyramid peaks and edges as well as the noticeable weight when carrying it around in a pocket—but the overwhelming number of advantages this cutter offers means that if you are a fan of punch cuts and smoke cigars with different ring gauges on a regular basis, you need to buy this immediately.