Not much had changed about straight cutters in the past 10 years or so: sure, there have been unique exterior designs, casing materials and different colors, but the blades still look the same in just about every cutter out there.

Last year, Colibri took the idea of a unique cutter design a giant step further by introducing the Quasar Cut during the 2018 IPCPR Convention & Trade Show. With a name taken from the mysterious sources of light and energy that emanate from the farthest galaxies of the universe, the cutter features a hobnail pattern along the sides that was originally found on a vintage 1960s Colibri Moletric lighter.

The Quasar Cut is one of a number of different accessories inspired the original lighter: 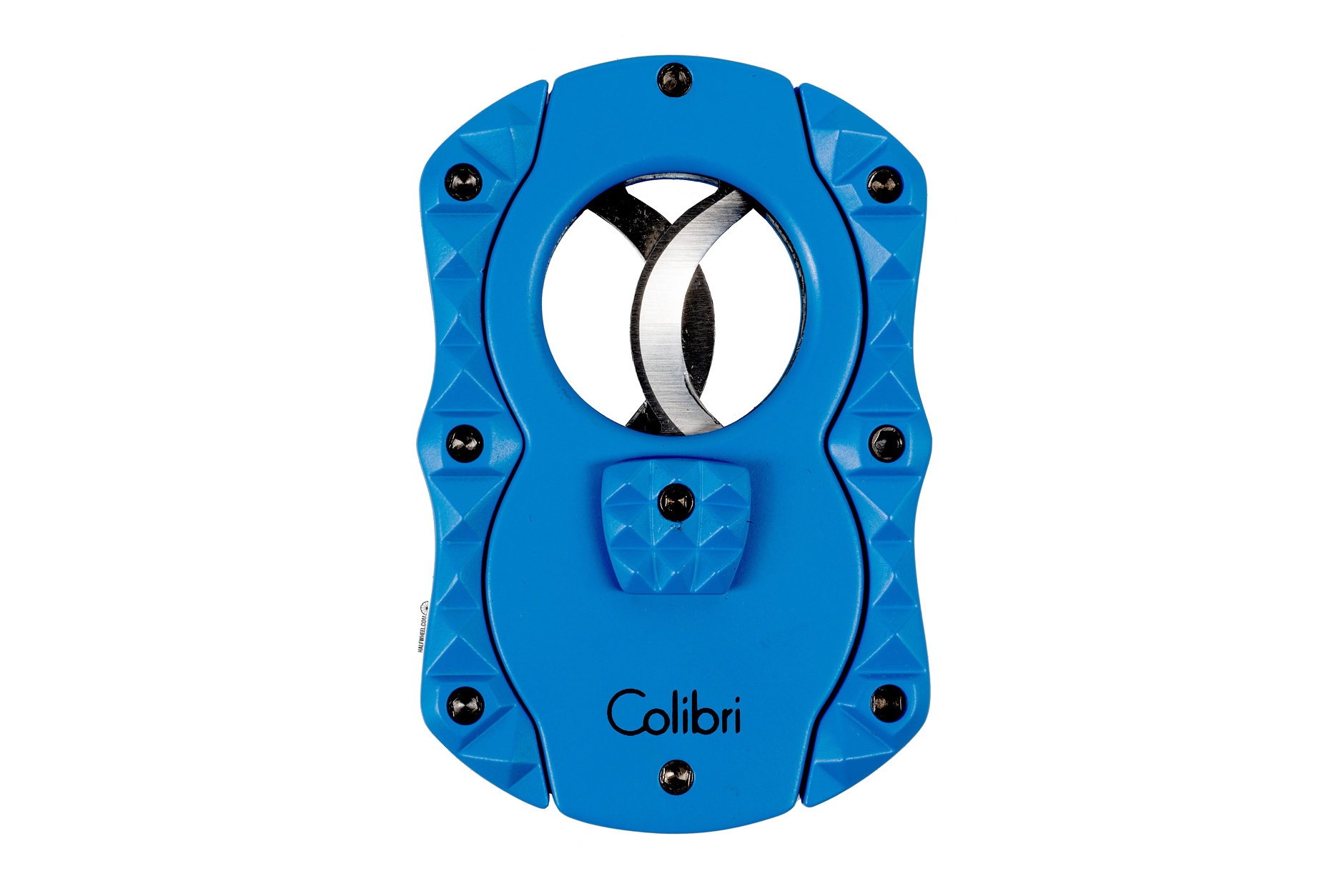 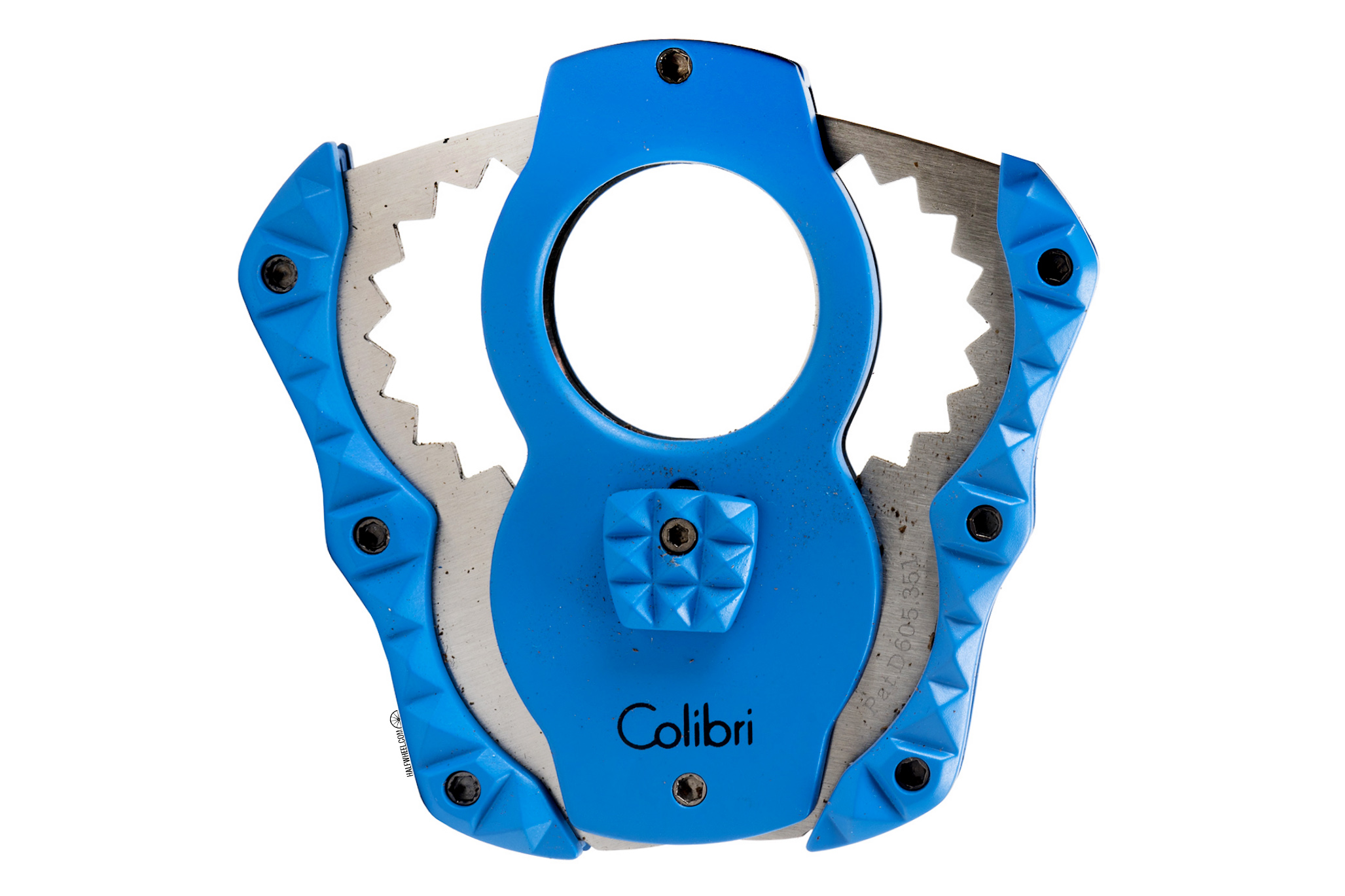 The cutter takes the design of the regular Colibri Cut, a butterfly-style cutter similar to the XIKAR Xi design, only the metal parts of the blades contain just the edge of the blade and whatever else is necessary to keep the blades attached. The company describes the as an “open-surface” design. In theory, the purpose is that only the sharp part of the blade—and the little bit of base that it is actually attached to—cuts through the cigar.

Eight different exterior color options are offered, all of which retail for the same $59 price:

While the design is extremely unique, the actual operation of the Quasar Cut is pretty much the same as any other double-bladed straight cutter. It features two stainless steel blades on either side which are activated by pushing down on a small nub—covered in the same hobnail pattern that runs along both sides—on the bottom half of the cutter, which releases both of the spring-loaded blades outward with a loud click.

Next, you place the cap of the cigar into the opening of the cutter and push the blades together, resulting in a straight cut through the cigar. As both blades cut through the cap and come to the end of their journey, they lock in place with an audible click and stays that way until you release the trigger again.

After about six weeks of constant use, I can safely say that the Quasar Cut is one of the best double-bladed cutters on the market, easily tackling just about every cigar I used it on. While there were a few times when the cut was less than ideal—usually on larger ring gauge cigars—the vast majority of the time, the cuts were smooth as butter. 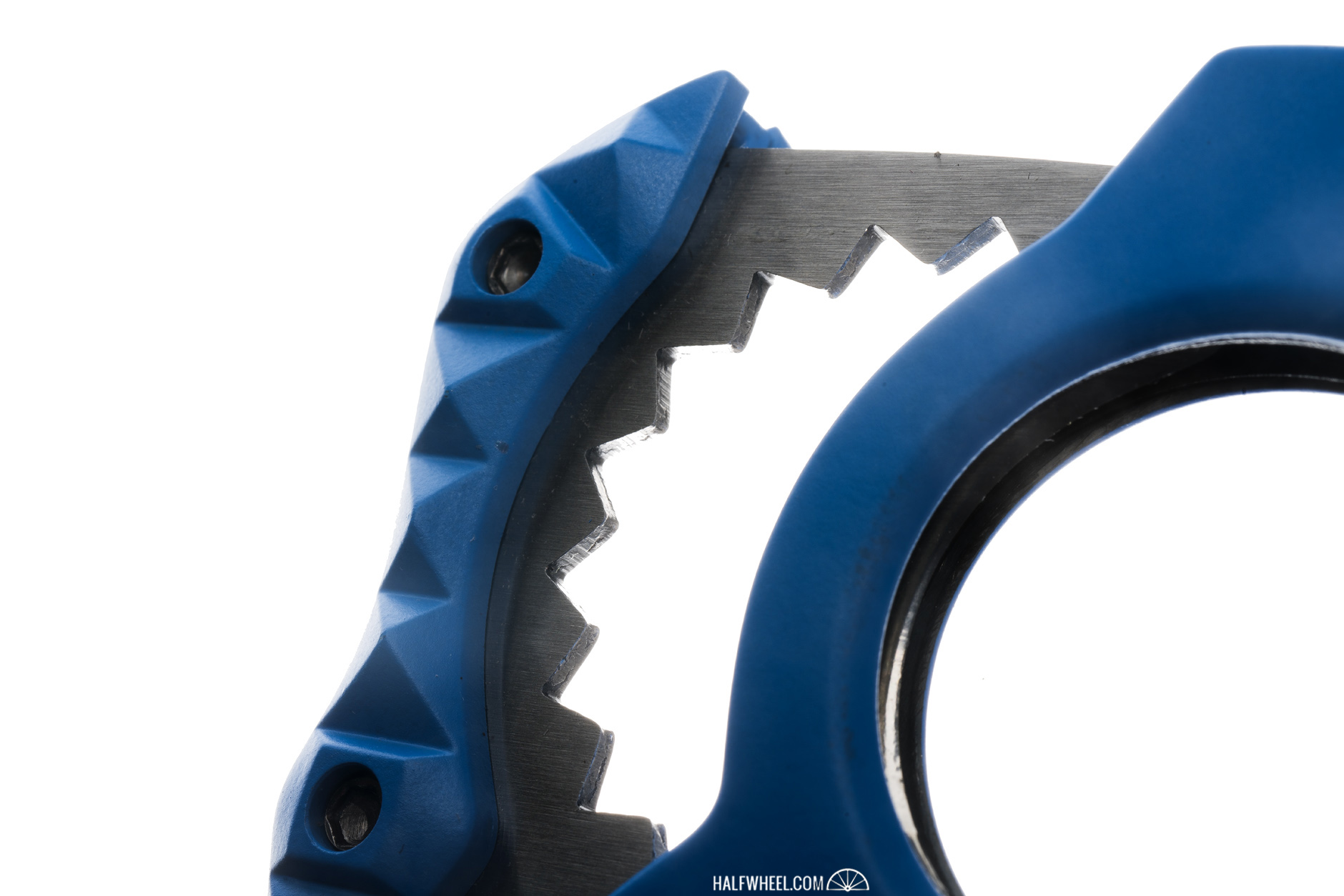 Because of how the blades are positioned, there is almost an optical illusion when trying to figure out how they move and cut, but when looking at the photographs of the cutter, the blade on top moves to the left when the cutter opens, while the blade on the bottom moves to the right. While the blades are akin more to a pair of scissors, there really isn’t another cutter on the market that operates this way. The obvious competitors are the Colibri Cut—which is very similar in design, sans the cut out blades and a retail price that is $20 less—and the XIKAR Xi, which also features similar features, but with a teardrop design priced at $69.99. There are plenty of cutters that out form over function—the Les Fines Lames comes to mind—and there are plenty of cutters that are built to cut cigars cleanly and damn the looks like the Paul Garmarian cutter, but the Colibri Quasar Cut is one of those rare cutters that features the best of both worlds. Sleek, modern and extremely sharp, it cuts caps cleanly and smoothly just about every time I picked it up and looks amazing while doing it. Yes, there are concerns about how long the paint will last—at least on the blue version I tested—and the release butting getting hung up on things was annoying when happened, but those are small prices to pay for a cutter that looks this good while cutting cigars as well as it does at the price it costs.