Colibri recently introduced its SV-Cut, a cutter that brings a v-cut and guillotine cut to one unit. Now, the company is extending that same idea to a desktop cutter, while packaging in its Quasar design aesthetic.

In 2014, Colibri teamed up with humidor designer Daniel Marshall to create the Quasar, a humidor that was inspired by the hobnail pattern on the vintage 1960s Colibri Moletric lighter and got its name from the mysterious sources of light and energy that emanate from the farthest galaxies of the universe. 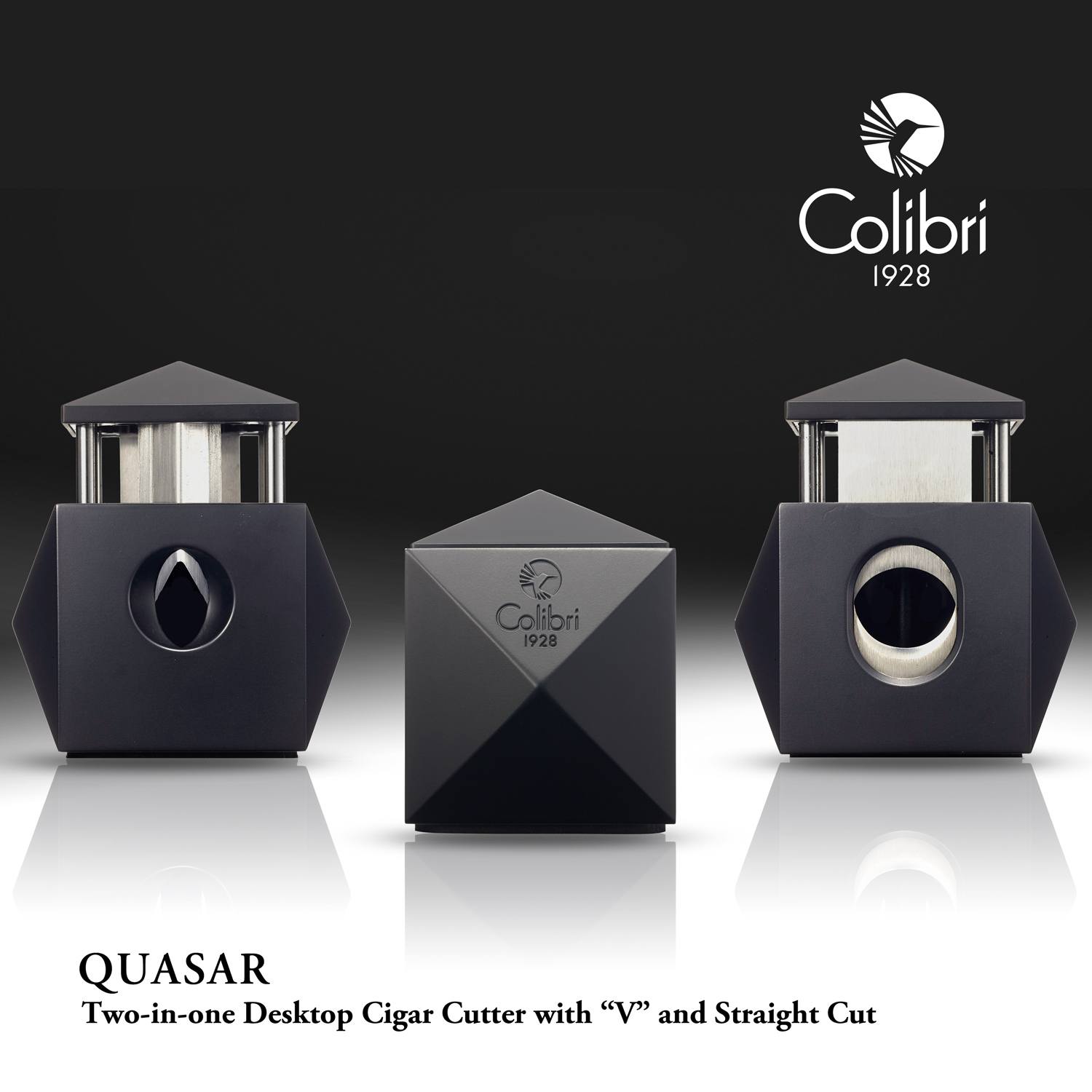 Continuing the Quasar’s four-sided pyramidal peak motif, the Quasar cutter houses both a Colibri V-Cut and S-Cut on opposing faces. The cutter is engaged by pushing down on the top peak of the Quasar, which releases and pops up the cutting unit with both blades ready in unison. The Quasar is made from solid metal, with the blades running on oiled quad pistons for smooth operation.

Just like the original V-Cut, the one inside the Quasar cuts a clean wedge as deep as 7mm on a 60 ring gauge cigar to create a full and hearty draw. The S-Cut side can provide a full straight cut on cigars up to 70 ring gauge.

To keep the cutter secure during usage, the undercarriage is lined along the perimeter with a strong rubber gasket for non-slip stability while in use and to prevent damage to the desktop. In the center of the undercarriage is a twist cap to access the internal chamber for retrieving and disposing of the collected cigar clippings.

The Quasar will gets its debut at the 2017 IPCPR Convention & Trade Show in Las Vegas, which runs from July 11 – 14. It is being offered in four finishes, matte black, matte red, metallic chrome, and metallic gunmetal, each priced at $125. In addition to the humidor, a Quasar ashtray has also been released.

The Quasar cutter is scheduled to ship in the fall.