At this year’s Tobacconists Association of America (TAA) meeting and convention there was a new version of Colibri’s Astoria, a triple flame lighter and cutter, one that donned Fuente Fuente OpusX branding.

The company had previously declined to comment, but it has now announced that the lighter is being made in limited quantities with proceeds benefiting the Cigar Family Charitable Foundation (CFCF).

“It’s been a real thrill to have worked closely with Carlito, Liana and the Fuente family to help their foundation over the years,” said Les Mann, evp of Colibri, in a press release. “They are the premiere cigar family in the world, and their cigar brands are amongst the most respected and sought-after. We wanted to do a project that was perfect; one that represented the ideals of both brands. I think fans of Colibri lighters and Fuente cigars are going to love it. This limited edition series is really something special, and it’s for a very special cause.” 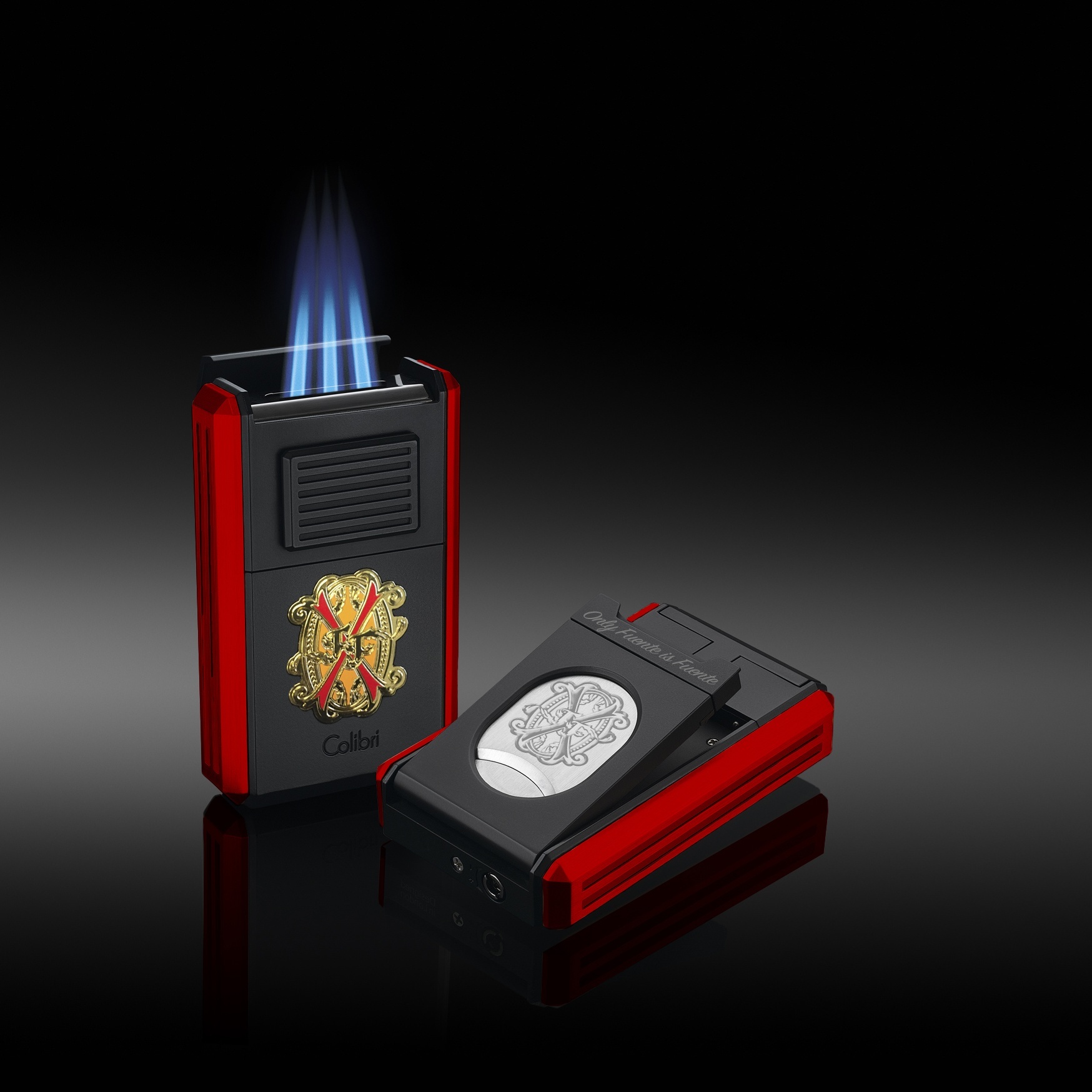 The lighter will be made in five finishes, each limited to 250 units in the U.S.: black/red, black/gunmetal, black/rose, red/black and red/gold. The OpusX logo is fabricated onto the front of the lighter and laser engraved onto the blade. In addition, “Only Fuente is Fuente” is engraved onto the handle and each unit is numbered

”It was a true pleasure to work with Les Mann, and our extended family at Colibri,” said Liana Fuente, the creative marketing director for Fuente. “They have been amazing to work with, and so generous to the Children of the Cigar Family Charitable Foundation. I thank you.”

Fuente is no stranger to partnering with companies for branded accessories. It has previously made lighters in collaboration with Prometheus and S.T. Dupont.

Pricing is $185 compared to the $150 for the regular version of the Astoria. Colibri says the limited edition lighters will begin shipping in the fall. The lighters will debut at next week’s IPCPR Convention & Trade Show in New Orleans, La.