The Edición Limitada series from Habanos S.A. are almost always some of the most sought after cigars from the Cuban cigar company, but make it a Cohiba Edición Limitada and the excitement amplifies even more. Tonight, the latest installment in the series, the Cohiba Talismán Edición Limitada 2017, makes it worldwide debut in London. 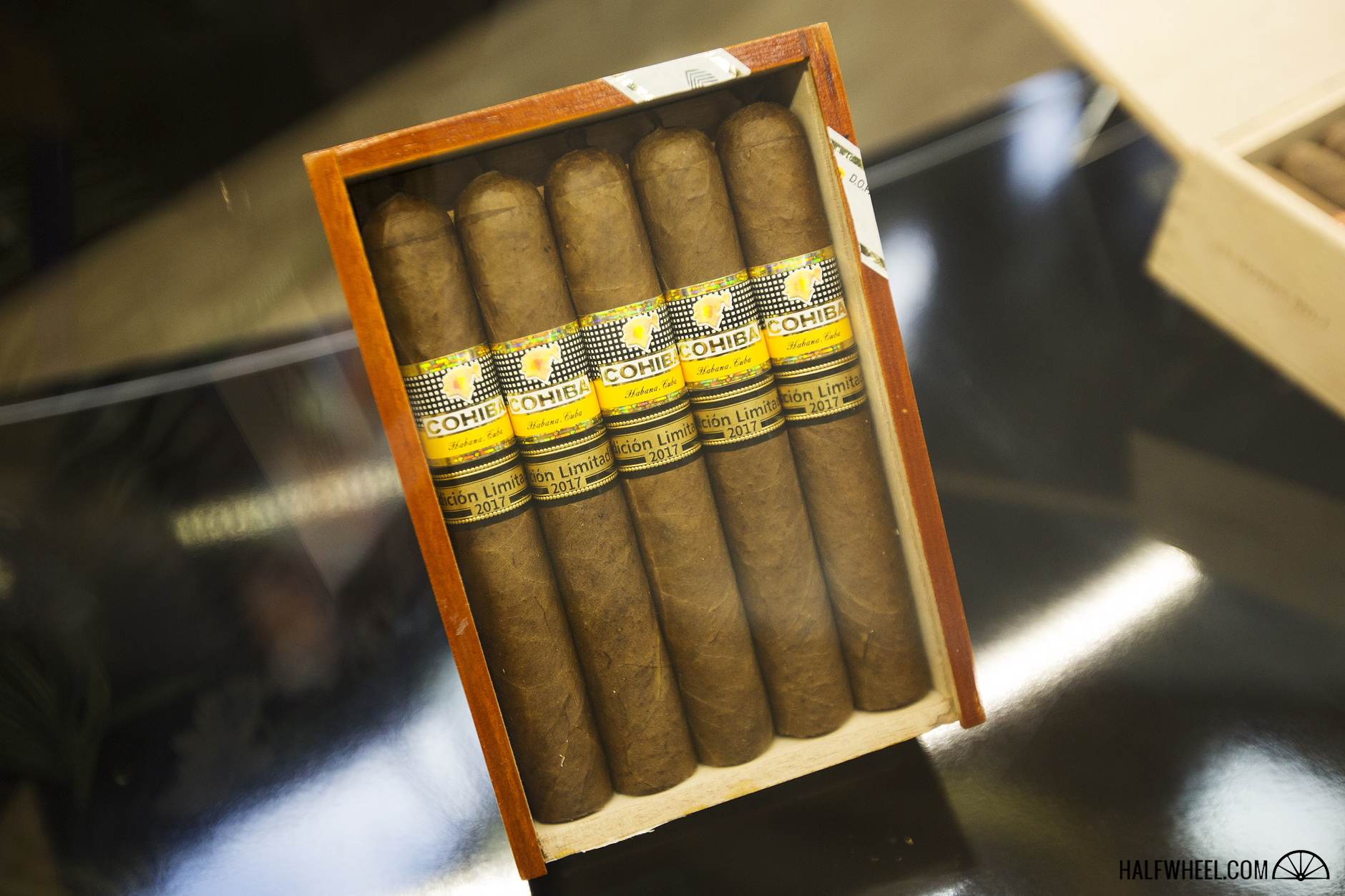 The cigar measures 6 1/12 inches (154mm) long with a 54 ring gauge, a robusto extra known as the Cañonazo Doble, a new size for the Habanos S.A. portfolio that features a short pigtail cap. It is being produced at the fame El Laguito factory and comes packed in 10-count sliding lid boxes, with the blend designed to match the medium-to-full flavor of the Cohiba La Lïnea Clásica, which includes the Cohiba Robustos, Espléndidos, Pirámide Extra, and Lanceros, among others. As with all the Edición Limitada releases, the tobaccos used for the Cohiba Talismán have been aged for at least two years.

This is the seventh time that the Cohiba marca has been used in the Edición Limitada program:

The Cohiba Talismán will be unveiled during an event at the Corinthia Hotel London this evening hosted by Hunters & Frankau, the exclusive distributor of Habanos S.A. products in the United Kingdom, the Republic of Ireland, Gibraltar, and the Channel Islands. It will then go on sale at retailers in the U.K. on Wed., Nov. 8, with the price set at approximately £65 per cigar, approximately USD $86.32.

Release dates for other countries and regions have yet to be announced, though a press release from Habanos S.A. said it will be available in “the following days across Habanos’ major markets around the world.”