In 2018, General Cigar Co. released the Cohiba Spectre, a cigar best known for its packaging and price.

Its large red boxes—made to mimic the red circle in the red dot Cohiba logo—were hard to miss in stores. They were bright, heavy and bold. They also cost $900.

That meant a single Cohiba Spectre was priced at $90, a noted change for General’s normally aggressive attitude in value pricing. In addition to the fancy packaging, the company promised that Spectre would be very limited, and with good reason. The cigar would be made with some of General’s oldest tobacco, aged in sherry barrels, and then rolled by just a single pair.

This year, the Spectre returned with new packaging and a new size, though the theme is very much the same. Once again, there would officially be just 180 boxes of 10 cigars. The 6 x 49 parejos use a high priming wrapper from Jalapa, Nicaragua that was aged in barrels. Underneath the wrapper is a Connecticut broadleaf binder and a filler that contains Brazilian mata fina and Nicaraguan tobaccos from Estelí and Jalapa. The Nicaraguan tobaccos were aged in Spanish sherry barrels. 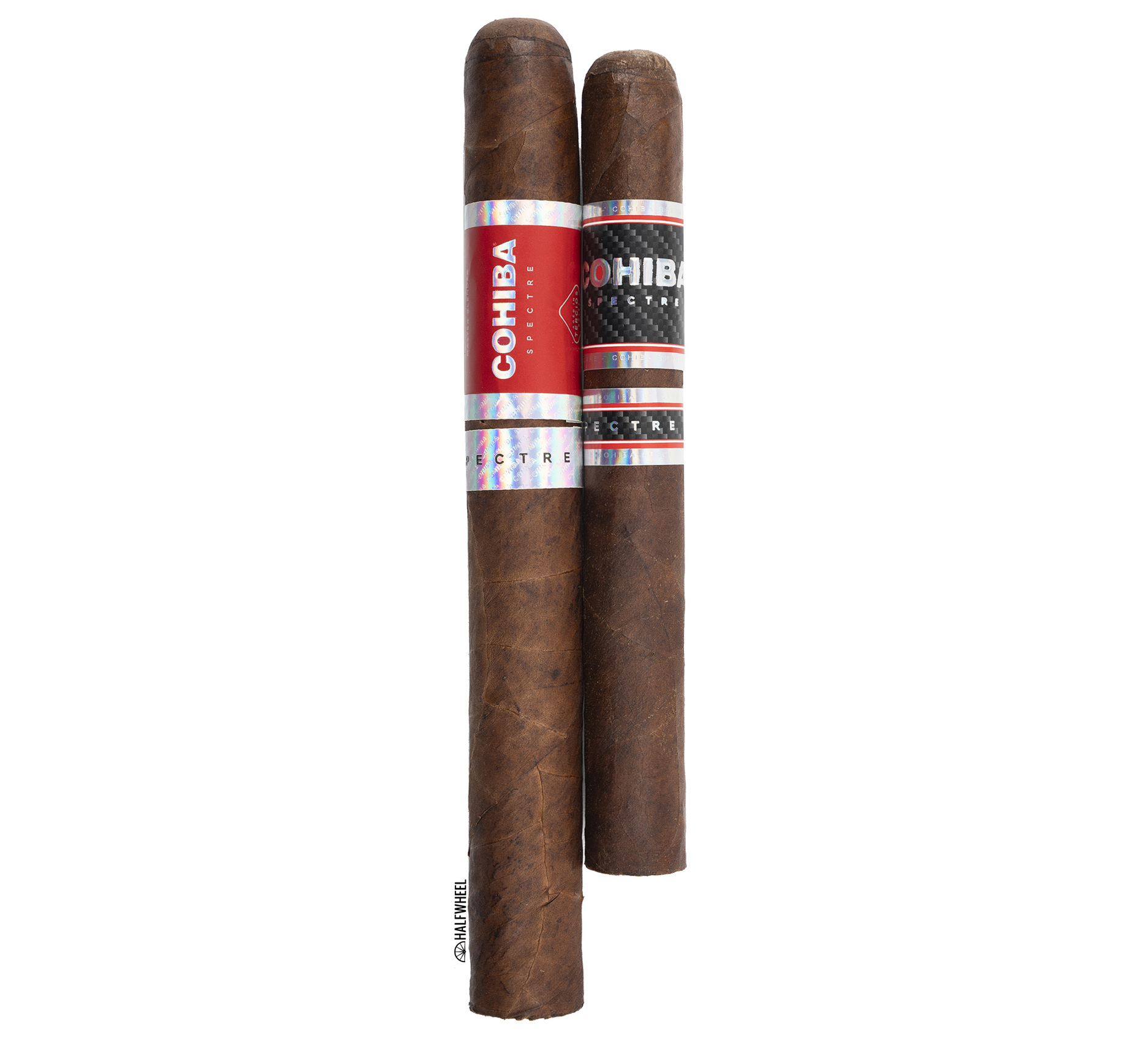 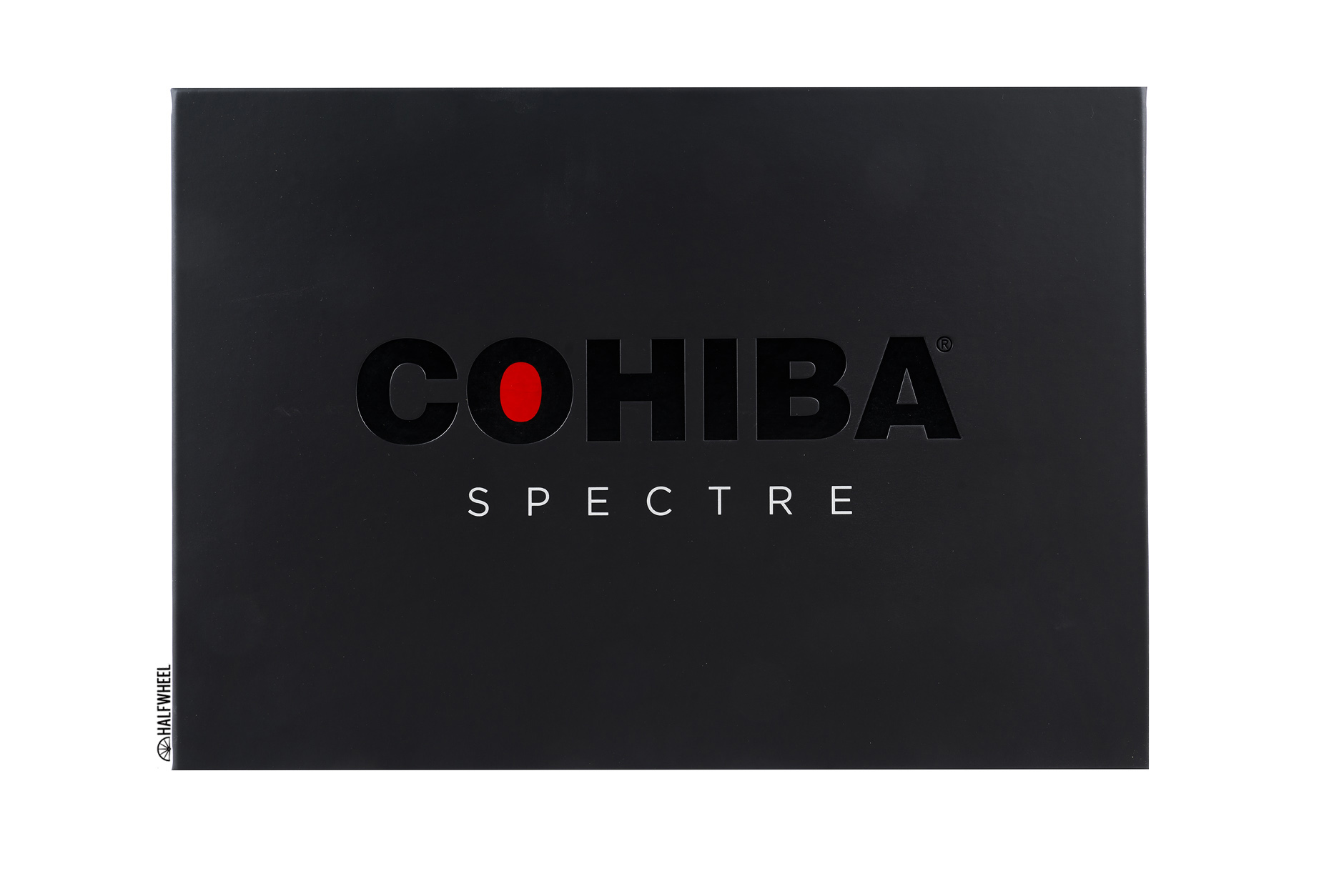 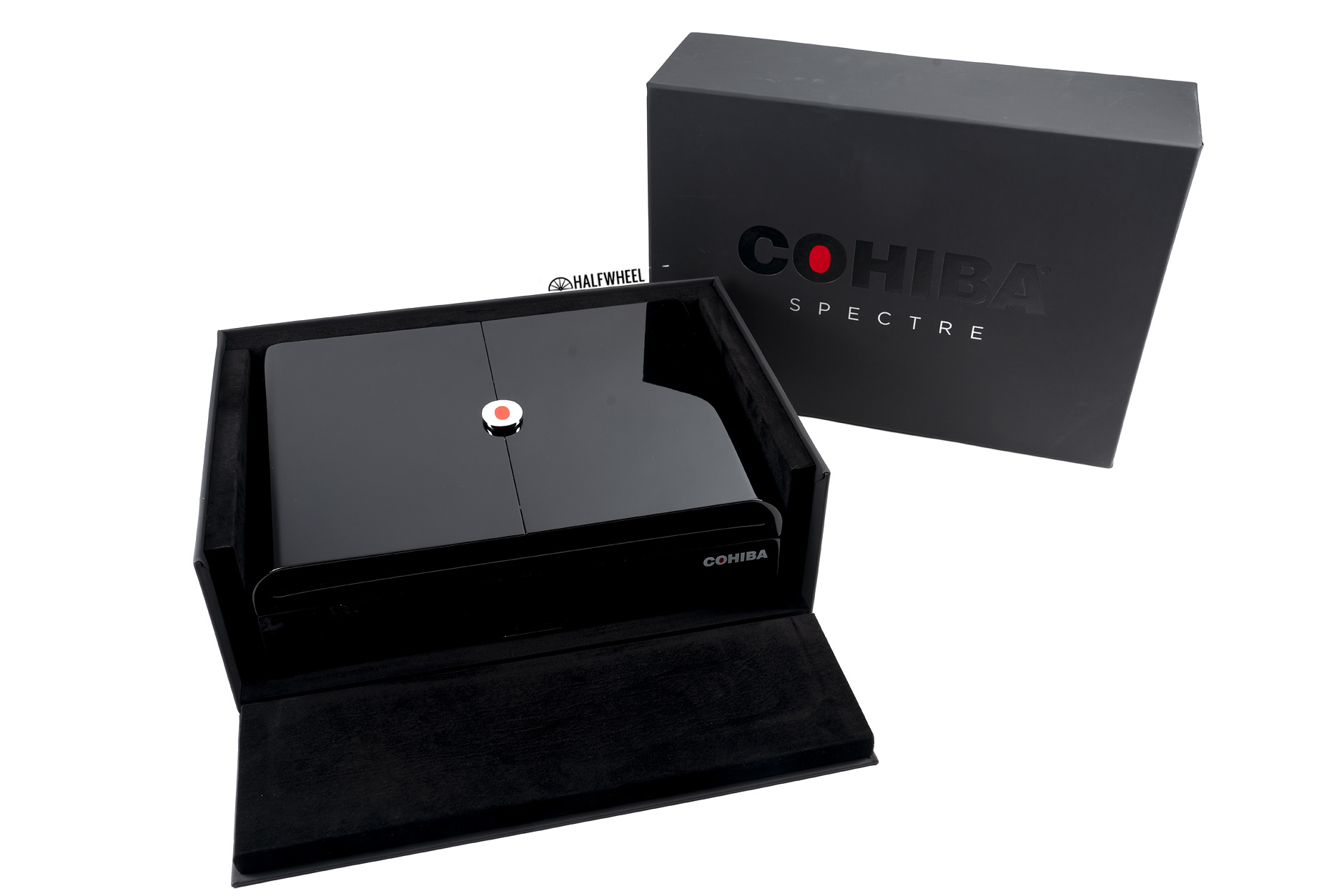 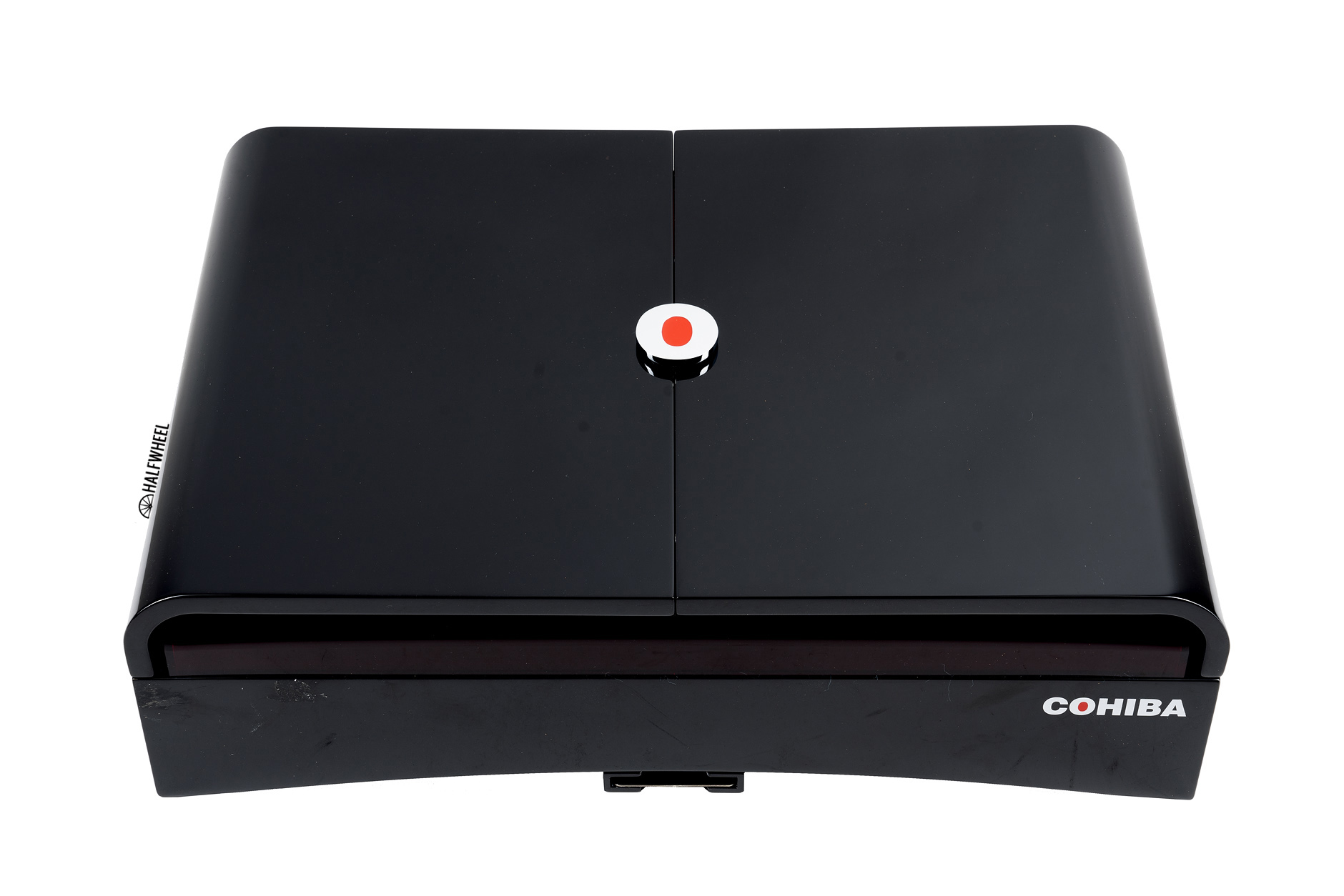 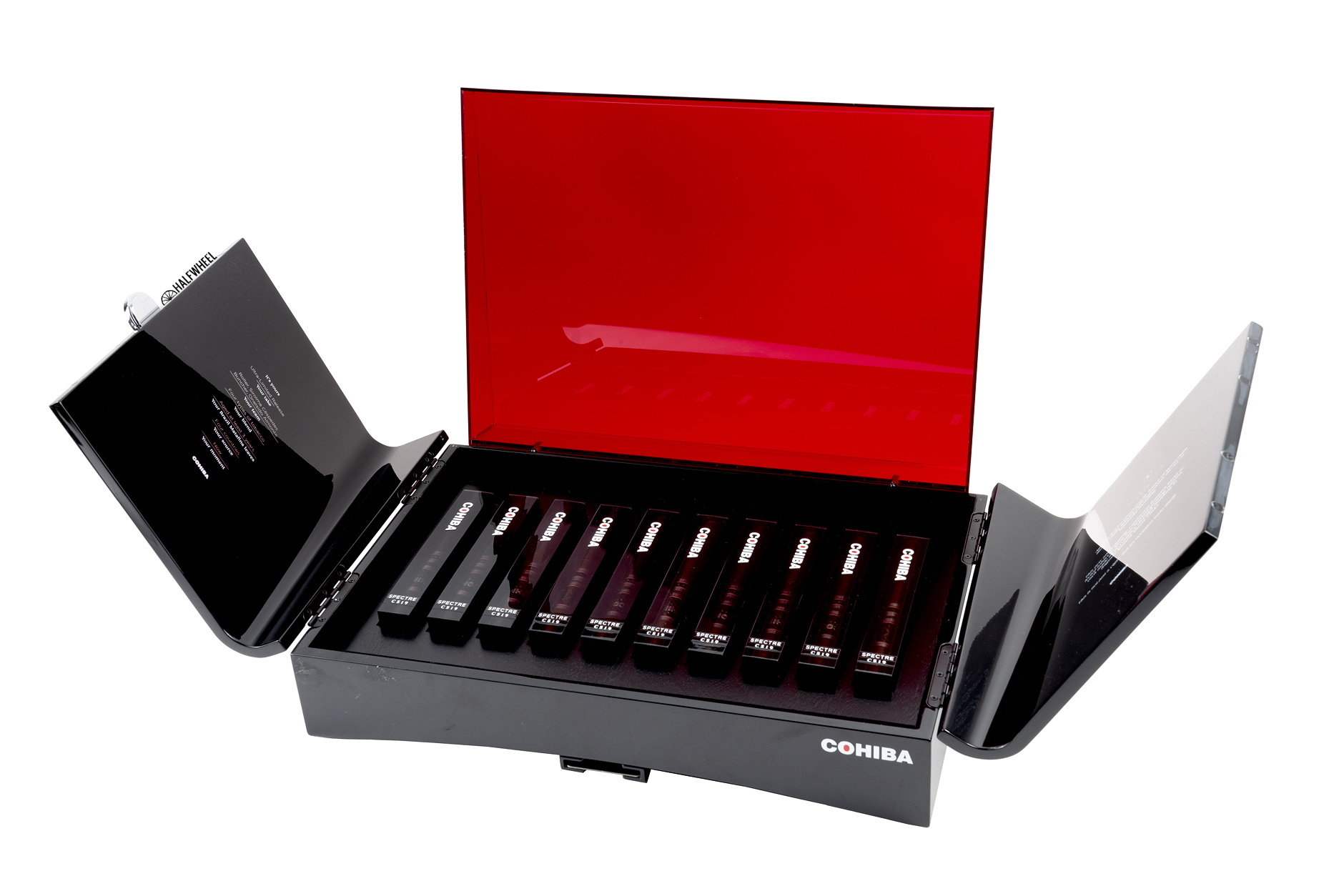 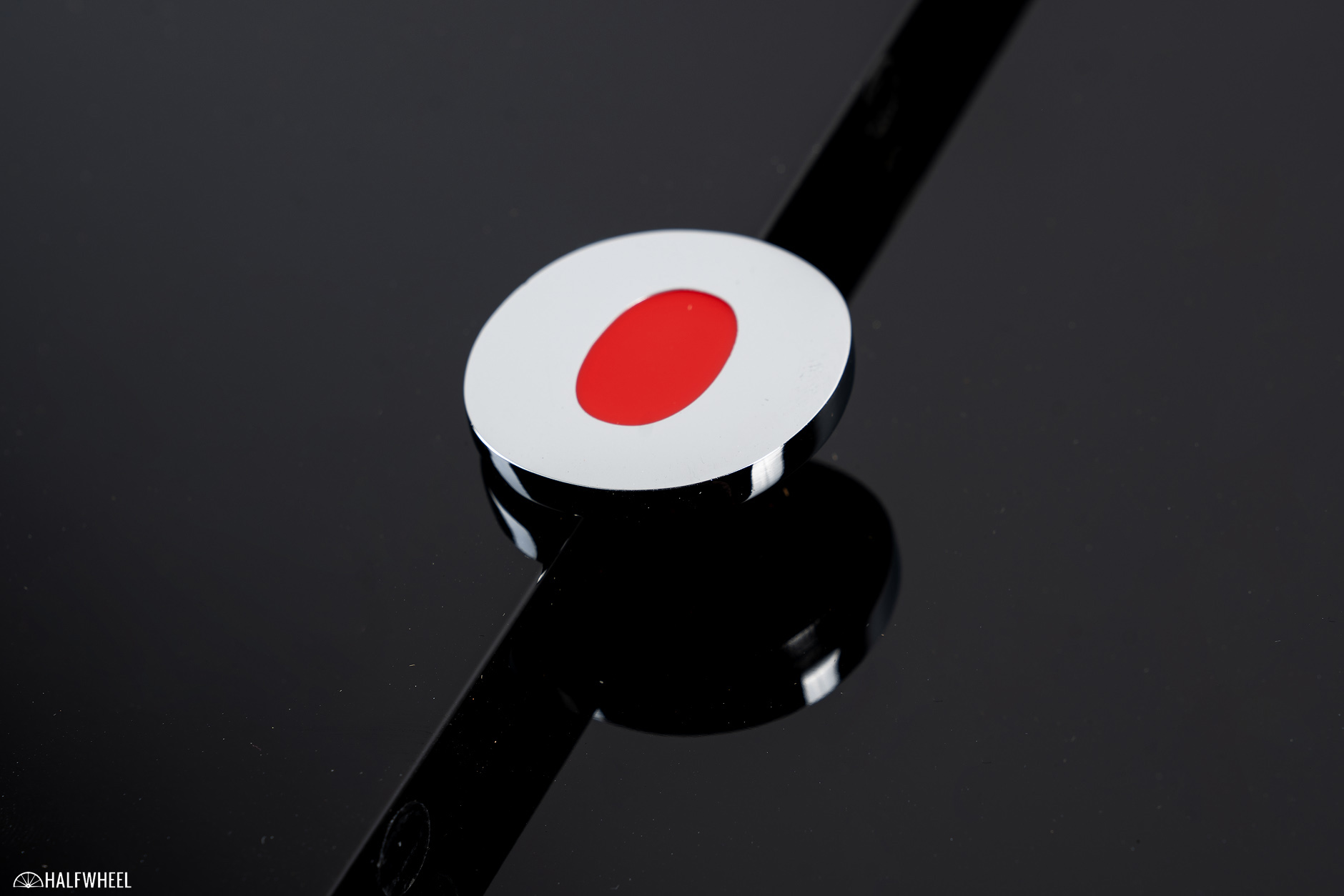 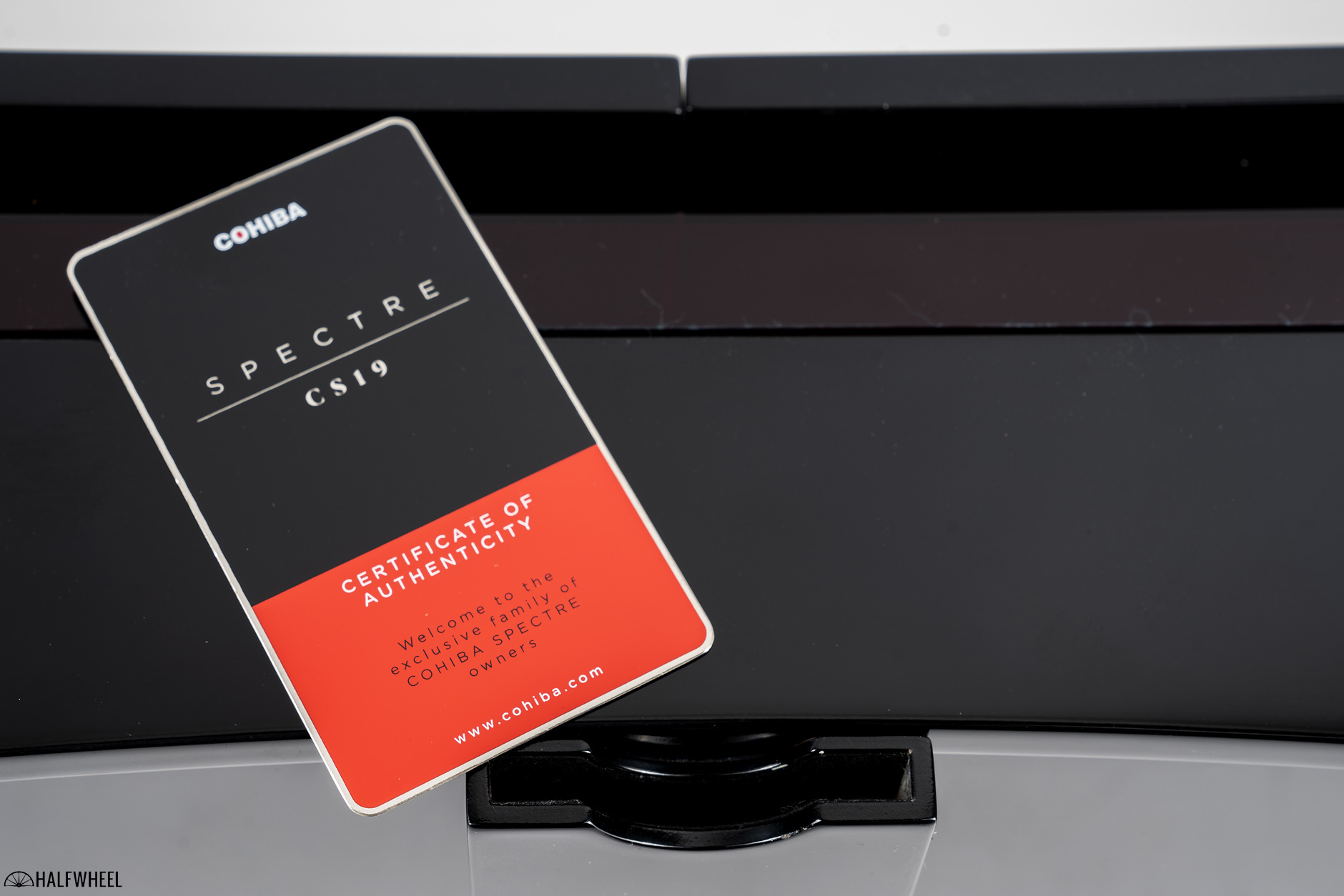 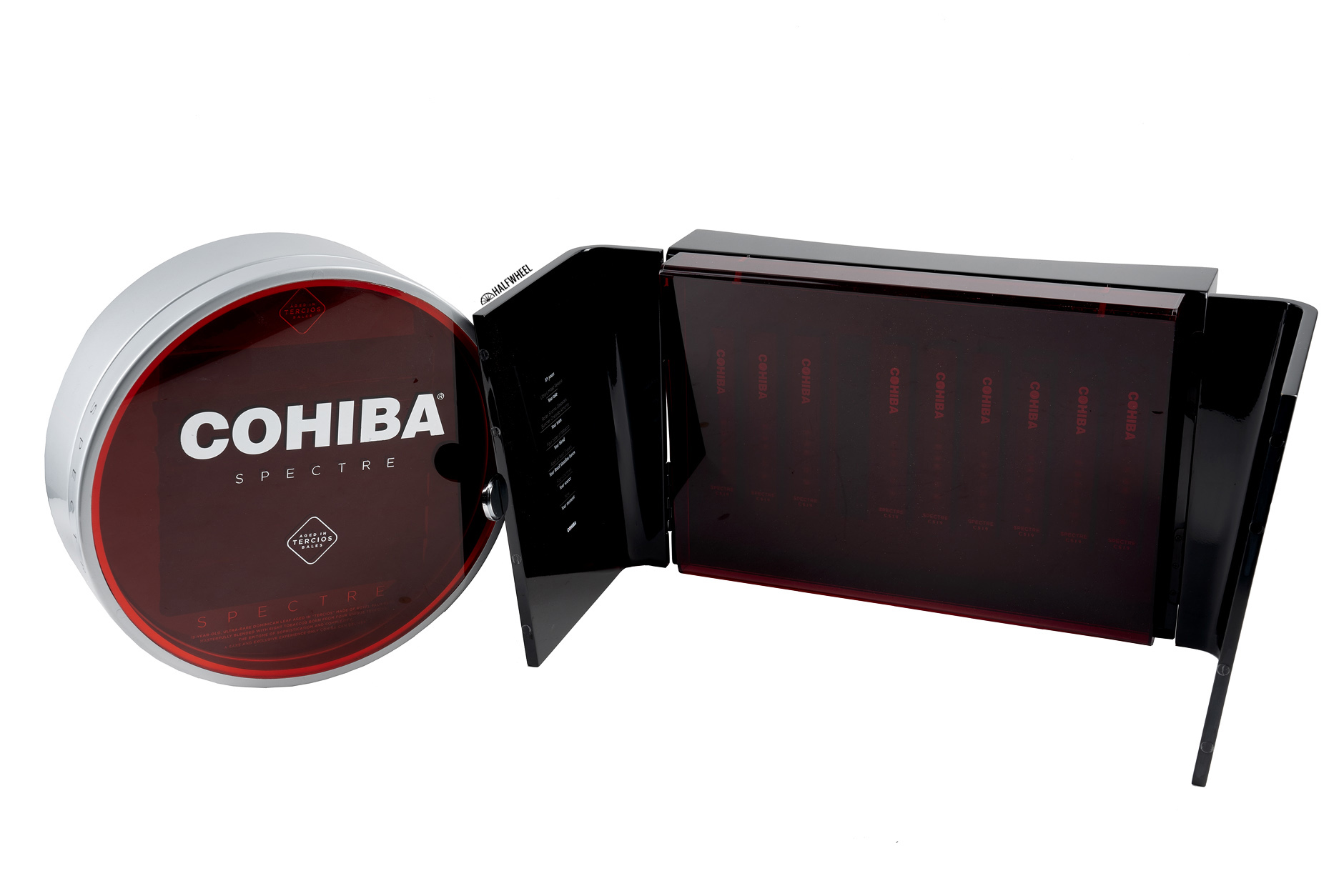 This year’s boxes are a bit more traditional—or at least more rectangular—than last year, though still what could be described as outrageous. The main lid opens up and then there’s a smaller front lid that need to be opened. From there, there are two more lids on the left and right that open outwards to reveal the 10 cigars in tubos. 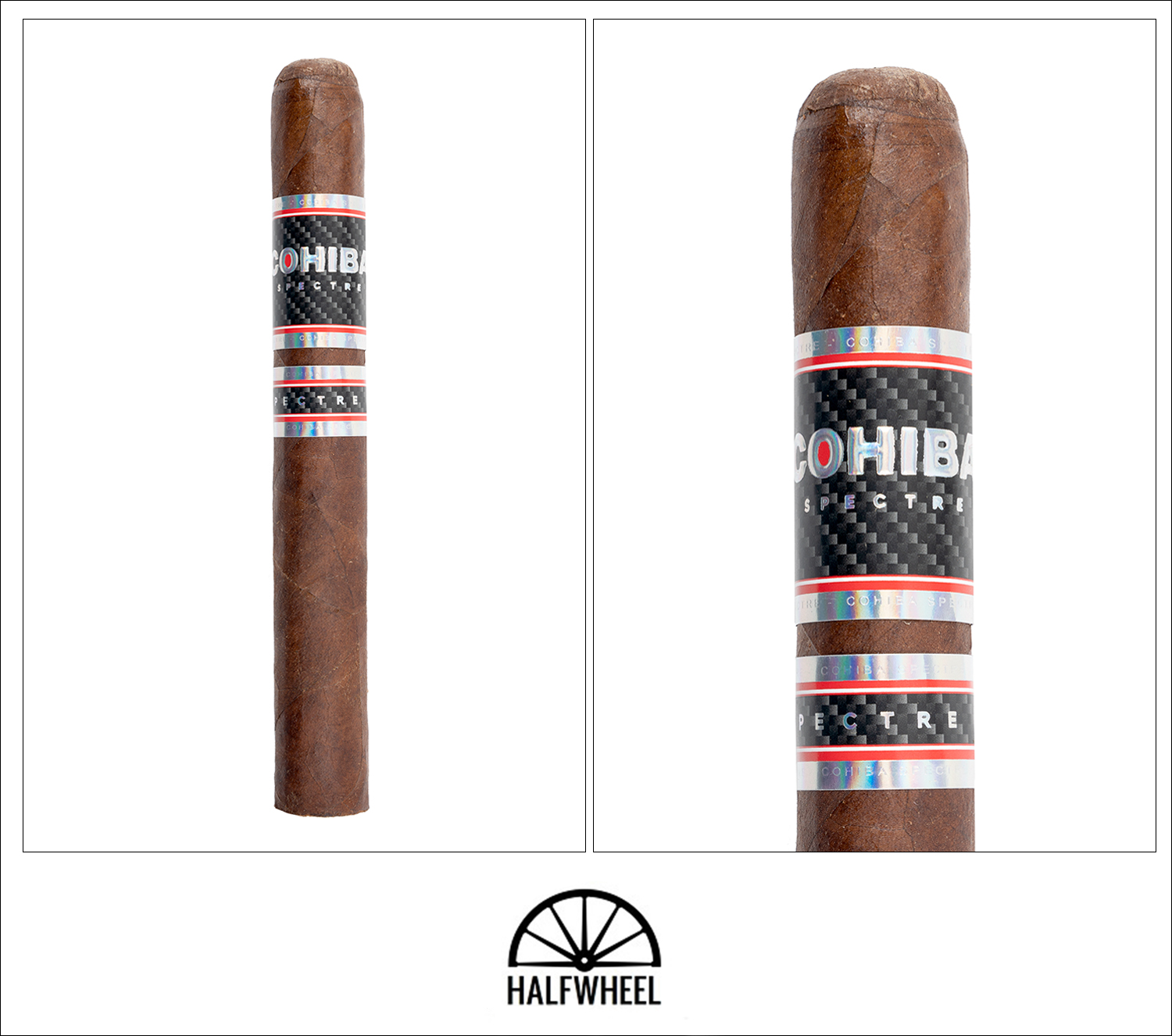 Getting the cigars out of the tubo requires a lot more work than normal, something that General has done to prevent damage. Like the original Spectre, the CS19 version features a dark, deep brown wrapper with a good amount of reds and oils. It’s very much the wrapper I’d hope to see General use if I’m going to pay $90 for a cigar. I’m surprised that there isn’t a ton happening in terms of wrapper aroma, as I get a bit of manure, saltiness and some acidic tomatoes. The foot is noticeably stronger, though only mild-medium with bubble gum, sherry and a smell that reminds me of a box of raisins. Each of the three cigars has a sweet cold draw with notes of orange sherbet, bubble gum and some floral flavors.

Despite the super sweet cold draw, the Cohiba Spectre 2019 starts quite dry with notes of potato chips, dried out French fries and a Manhattan cocktail. By the one-inch mark, the profile has shifted dramatically. There are floral flavors, white pepper, apple cider, and a biscuit-like bread. It works quite well as one flavor shines for a few seconds and then the next one comes in, etc. Retrohales have a vibrant peanut flavor, some whiskey and a finish of dry sherry and some nuttiness. I find myself retrohaling every third puff or so as the Spectre seems to be better that way and the sensation isn’t overwhelming. Flavor is full, body is medium-full and strength is medium. The construction is fantastic thus far. There’s damp earth, creaminess and more of that biscuit flavor in the mouth at the start of the second third. It doesn’t have that great transition-like aspect that the first third had, but the profile is still quite dynamic. Retrohales are much more lively than before. It starts with some pepper, followed by an orange Gatorade-like sweetness and then a finish that reminds me of spicy tortilla soup, probably more a combination of the bread-like, citrus and pepper sensation from other parts. Eventually the finish of the Spectre becomes a bit overwhelming, mostly due to a build-up of lingering flavors. Had I been smoking this cigar with a drink, even water, this wouldn’t be an issue, but I try to avoid drinking water when reviewing cigars. Flavor is full, body is medium-full and strength seems to have picked up to medium-full.

Much like the second third, the mouth flavors of the Cohiba Spectre aren’t the stars of the show. There are citrus flavors, creaminess, earthiness and a bit of sea salt; still fine, but not excellent. Retrohaling the Cohiba is a different story: key limes, some more of the French fry note, floral flavors and a touch of minerals, sort of like mineral water. The finish is a bit drier than I’d like with the potato notes and creaminess, though it doesn’t seem to be as aggressive as the second third. Flavor is medium-full, body finishes medium-full and strength recedes a bit to medium-plus. One sample needs a touch-up, but otherwise, the Cohiba Spectre is flawless construction-wise. 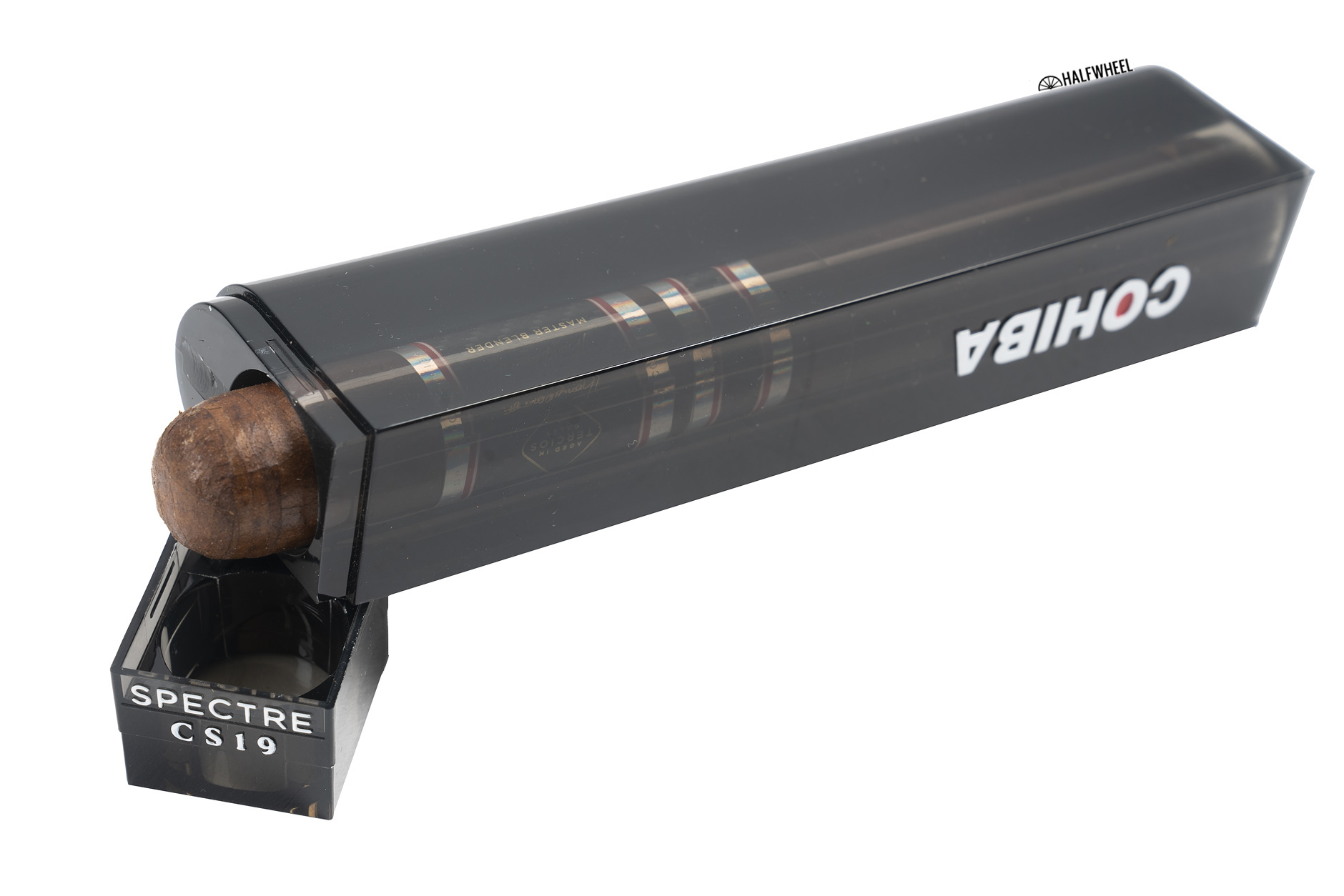 The Cohiba Spectre CS19 is everything one could want when spending $90 for a cigar. While not as good as the Davidoff Oro Blanco, a $500 cigar, I have a lot of the same thoughts about this release. From the packaging to the cigar itself, this is what you would want if you are going to commit to spending that much money for something you light on fire. Last year’s release of Spectre was decent; the packaging was pretty, but the cigar was average. Not in 2019. There’s a sense when struggling, err opening, the tubos up that this is different, this year General figured out its mistakes from 2018. That extends through the dynamic first third to the final puffs; the Spectre is that rare meeting of different and very good: it’s special.