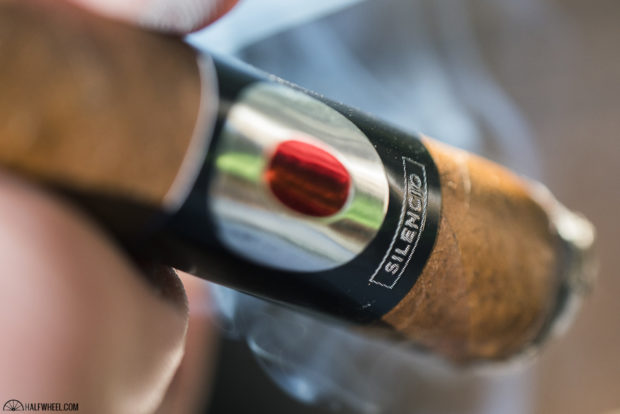 There have been many notable cigars released as event-exclusive cigars through the years, from the legendary Tatuaje Black Label Robusto three-packs to the Menelik from Foundation Cigar Co. and even the Crowned Heads Snake Oil—sorry, Blood Medicine.

Earlier this year, there was a new addition to the list of cigars that are only available at events: the Cohiba Silencio, a moniker that translates to silence from Spanish. The new event-only release comes in only one vitola—a 6 x 50 toro—and will be available primarily at events where Cohiba brand ambassador Sean Williams is present.

“(Silencio) was actually an internal name we had for the cigar while developing it as it was something we were not to discuss with the sales team,” wrote Willams in an email to halfwheel. “ The name just stuck… and honestly we thought it sounded a little better than Signatura. The blend is a balance of key components from the Cohiba Red Dot profile and staples from my profile over the years.”

Speaking of blend, the Silencio is wrapped in a Nicaraguan leaf and features a Cameroon binder as well as filler tobaccos from Nicaragua and the Dominican Republic. While it is packaged in 10-count boxes and produced at the STG Estelí factory, the Silencio has no MSRP since it is available exclusively with the purchase of other products in the Cohiba portfolio.

Finally, Williams told halfwheel that the Silencio is “limited, but not limited edition” when asked about how many are being produced and that the cigars debuted at an event in May. 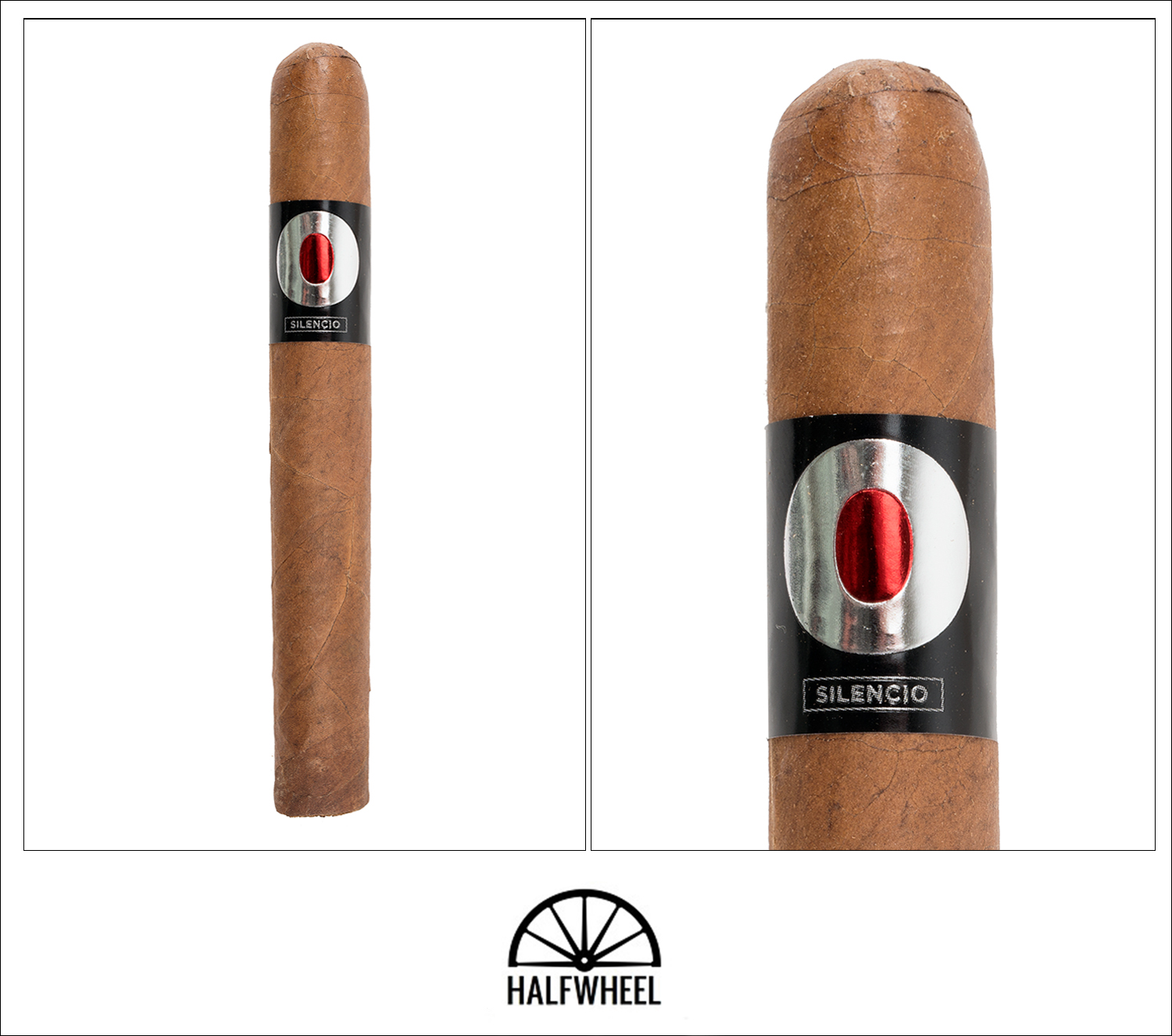 Covered in a medium milk chocolate brown wrapper, the Cohiba Silencio is extremely smooth to the touch and features a noticeable amount of oil. There are a few obvious veins present and I can see a slight box-press on the foot, although I doubt it was intentional. The aroma from the wrapper is a combination of earth, cedar, sweet hay, manure and vanilla beans while the cold draw brings flavors of coca nibs, espresso beans, leather, fresh cut grass and a touch of spice on my tongue.

The first third of the Cohiba is a lesson in contrasts: while the palate is easily dominated by flavors of leather and cedar, the retrohale is loaded with a combination of black pepper and strong sweet caramel, both of which seem to be getting stronger as the first third burns down. Lessor flavors of dark cocoa, dank earth, bread and peanuts flit in and out, and there is some noticeable spice on my tongue that begins to recede after about 15 puffs. Although the draw is excellent after a simple straight cut, the burn gets out of control quickly, forcing me to touch the cigar up before it gets out of control. The smoke production is both copious and dense off of the foot, and the overall strength hits a point between mild and medium early on, continuing to increase as the first third comes to an end. 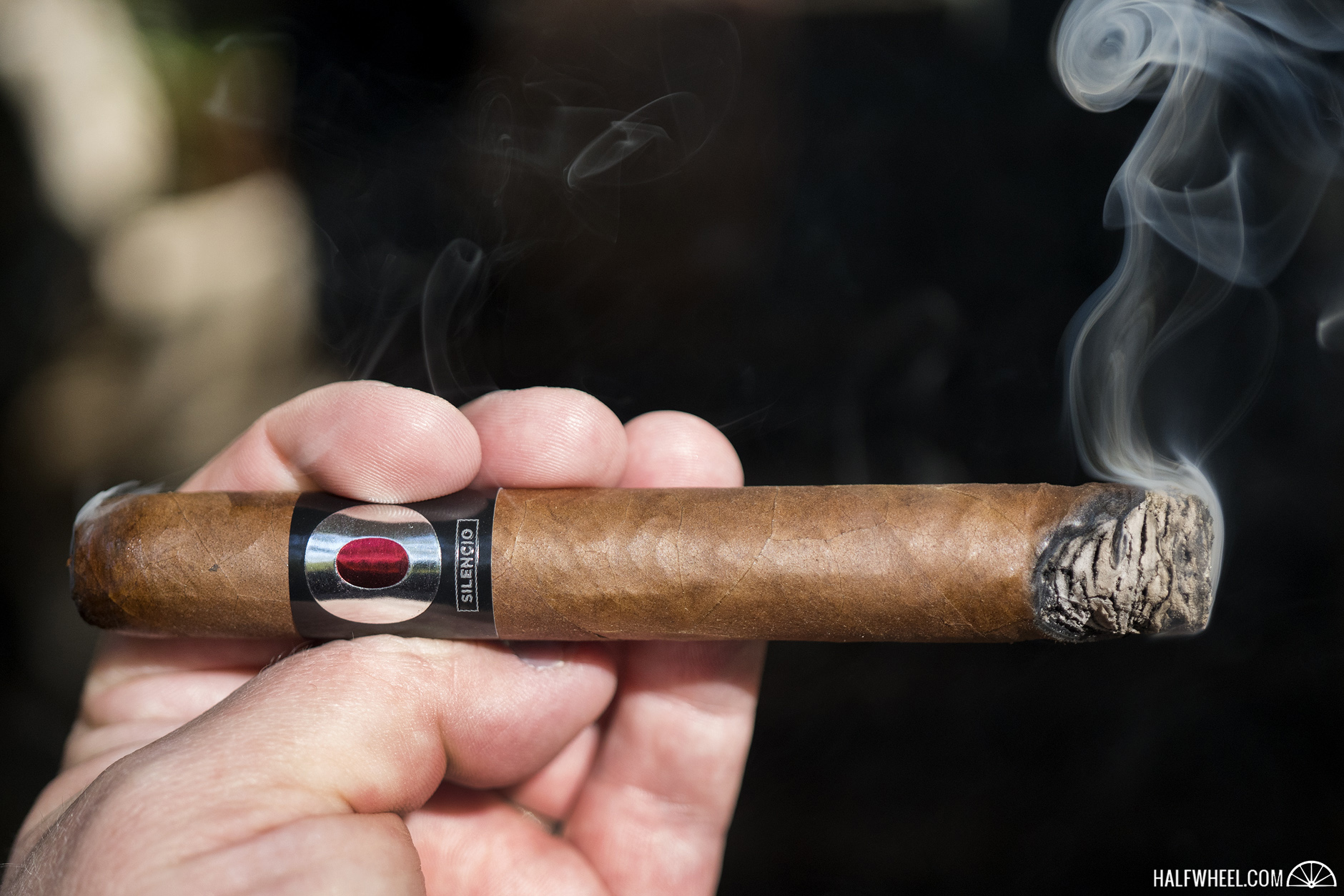 Although the profile of the Silencio does not quite fall apart during the second third, it becomes less nuanced compared to what I was tasting before. Leather and cedar remain the dominant flavors, but the notes are significantly less distinct, and the other flavors of hay, roasted coffee beans, corn, bread and earth continue to play much lesser roles in the profile. The caramel sweetness is also affected—albeit to a much lesser degree—and while the spice is still very much present on my tongue, it is noticeably reduced from its high point in the first third. Strength-wise, the Silencio hits a point very close to the medium mark before the end of the second third, while both the draw and burn are now in perfect harmony. 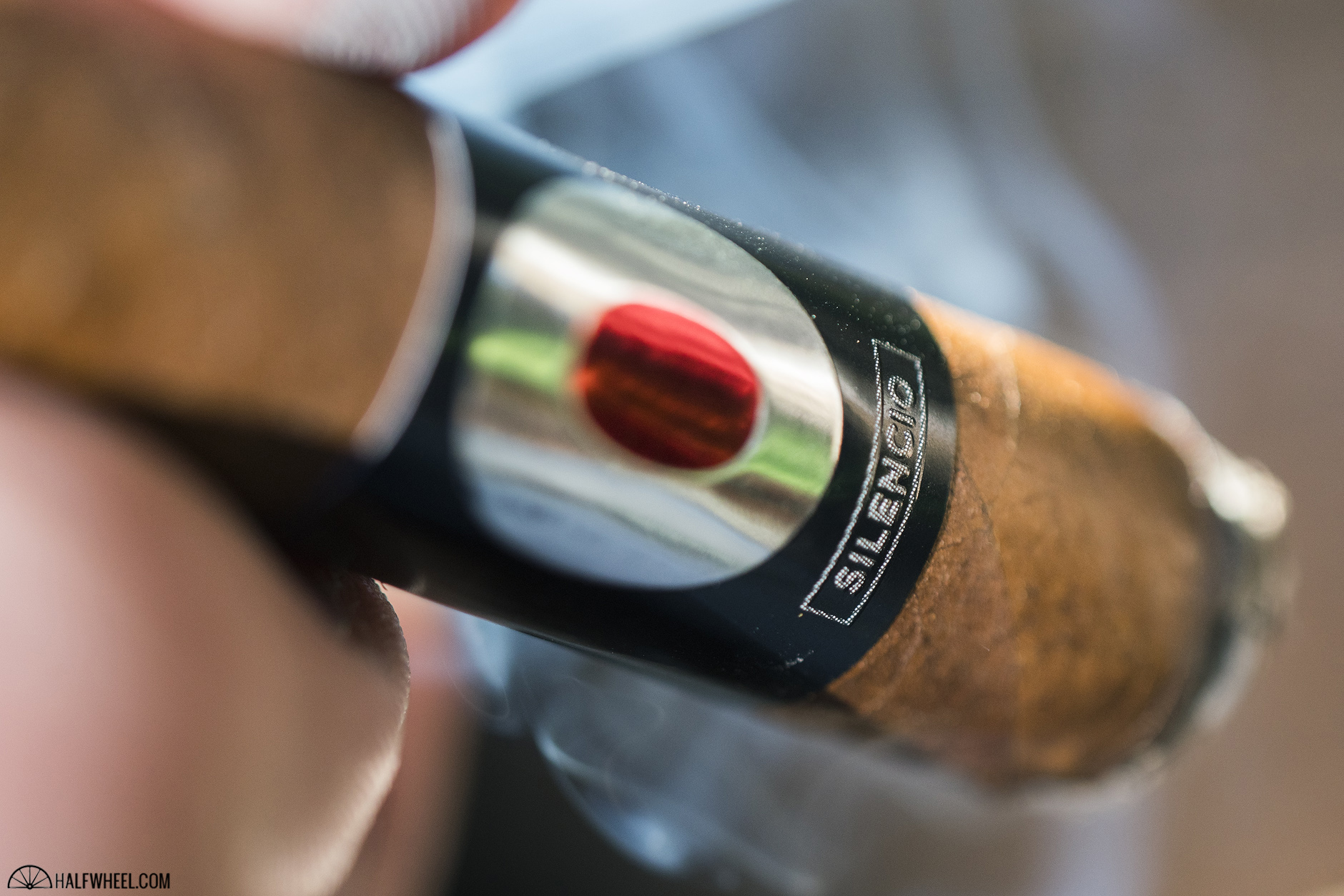 While the profile of the Cohiba Silencio in the second third left a bit to be desired, the flavors roar back during the final third, including a brand new dominant flavor combination of sweet hay and popcorn, followed by notes of dark chocolate, leather, cedar, peanuts, cinnamon and oats, although none come close to being strong enough to challenge the main flavors. Thankfully, the caramel sweetness is back as well, but the spice from the first two third is long gone and the black pepper on the retrohale is fading fast. Construction-wise, the Cohiba Silencio still features a wonderful draw and a burn line that does not need attention, and although the strength has increased a bit, it barely fails to hit the medium mark by the time I put the nub down with about an inch to go. 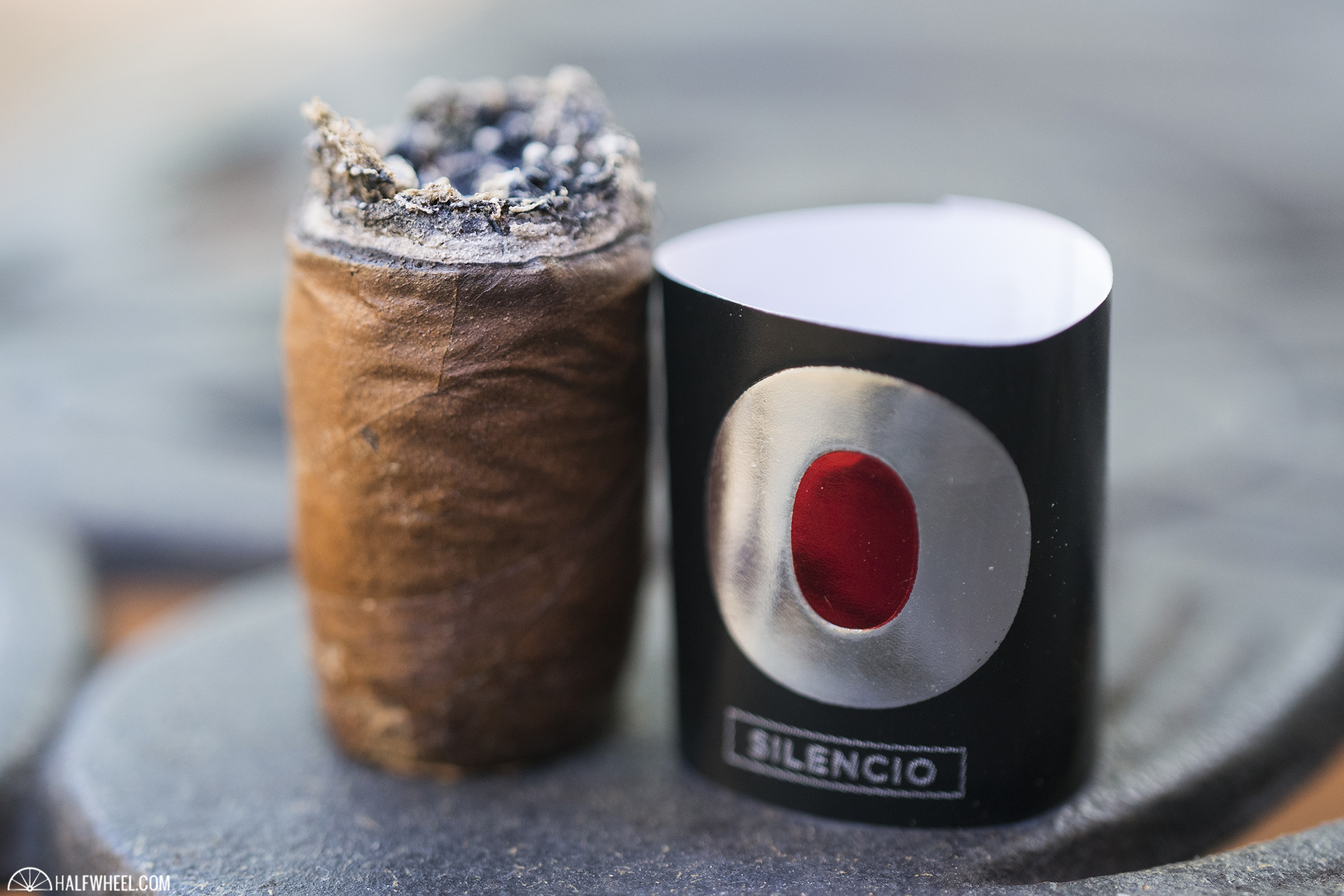 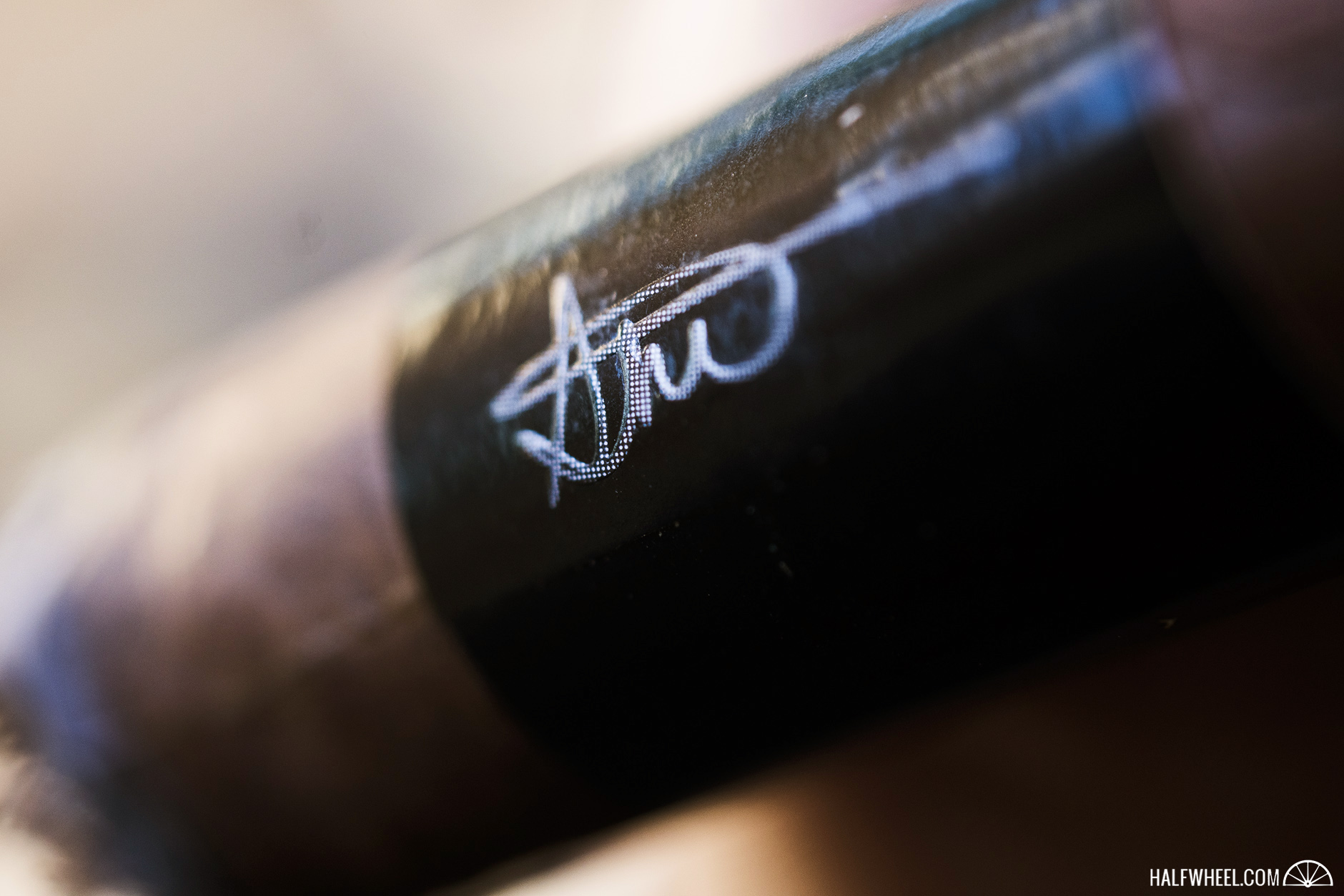 I have long been a fan of Sean Williams' work at El Primer Mundo, so I was excited to see what he came up with for the Cohiba Silencio; what I found was a cigar that performed extremely well in terms of both profile and balance for two thirds. Yes, the middle third gets a bit boring—and make no mistake, the final score was affected by it—but there are some great flavors waiting for you on the other side in the final 45 minutes of the cigar. Overall, I really enjoyed the Cohiba Silencio and can easily recommend trying it out for yourself, provided you can actually find it.