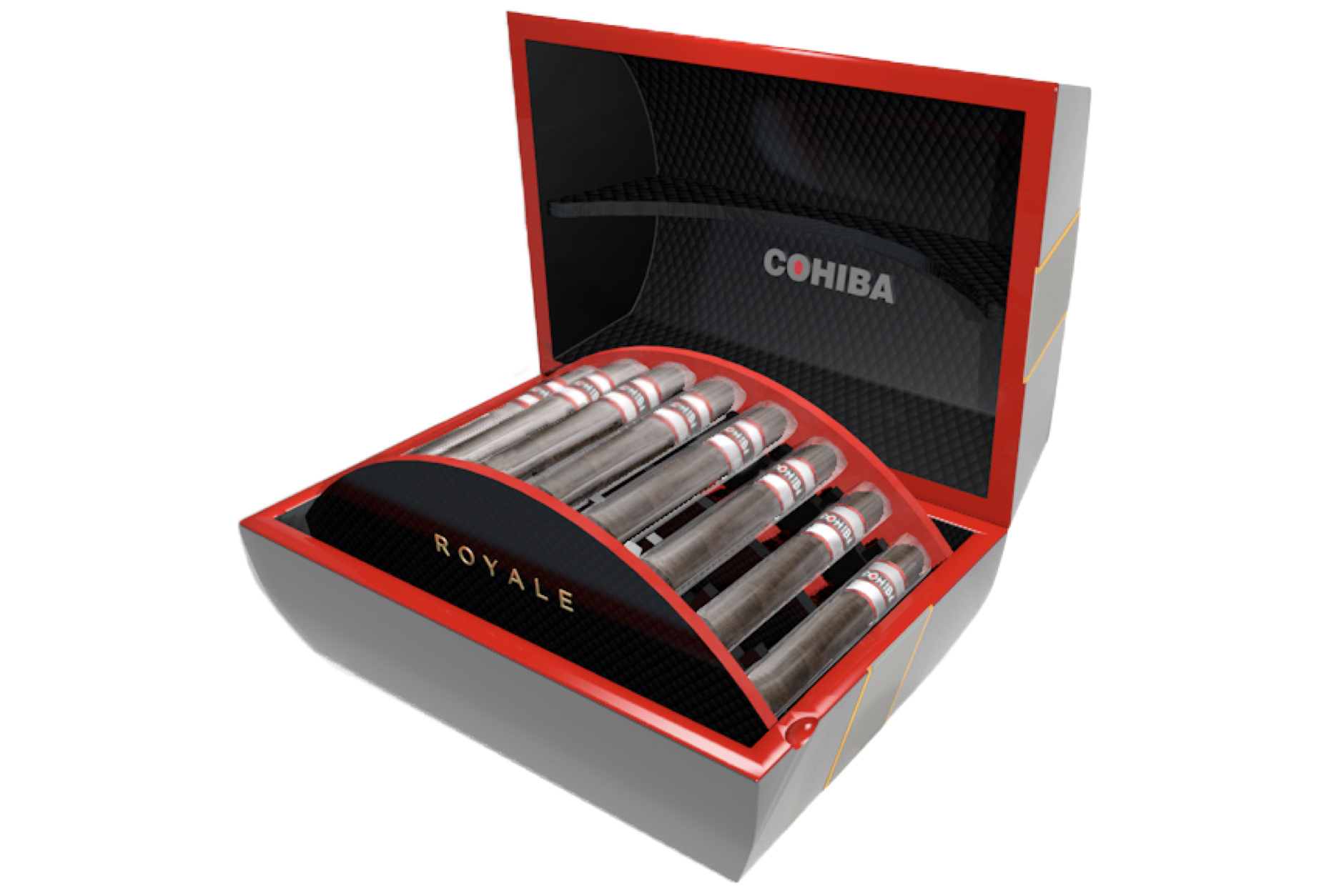 After months of teasing, the Cohiba Royale can now be purchased.

Retailers have begun announcing they have taken receipt of the Royale, a new blend that uses a Nicaraguan broadleaf wrapper over a Dominican piloto cubano binder and fillers from the Dominican Republic, Honduras and Nicaragua.

Most notably, the cigar is being made at STG Danlí, the first time General has produced a Cohiba in Honduras.

“Cohiba Royale was created with the cigar connoisseur in mind, bringing to life the microclimates and fertile soils of the Caribbean and Central America in a way that is unique to the brand,” said Sean Williams, Cohiba’s brand manager, in a press release. “All of the tobaccos that comprise Cohiba Royale are hand-selected and deeply aged, representing the best of the best tobacco growing regions in the world. The result is a cigar that is as bold as it is refined, befitting of the Cohiba name.”

It comes in 10-count boxes that display the cigars in a floating manner, a method seen on Habanos S.A.’s Romeo y Julieta Grand Churchills humidor.