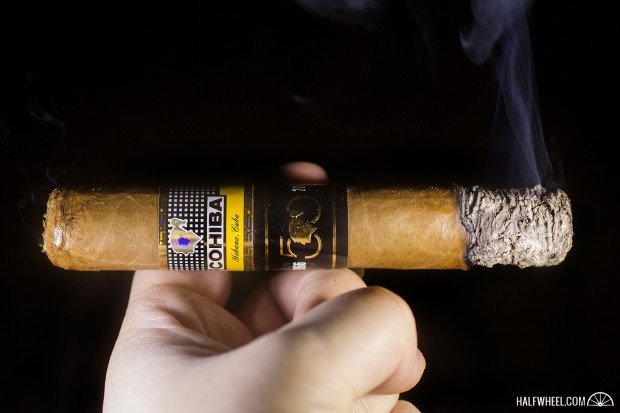 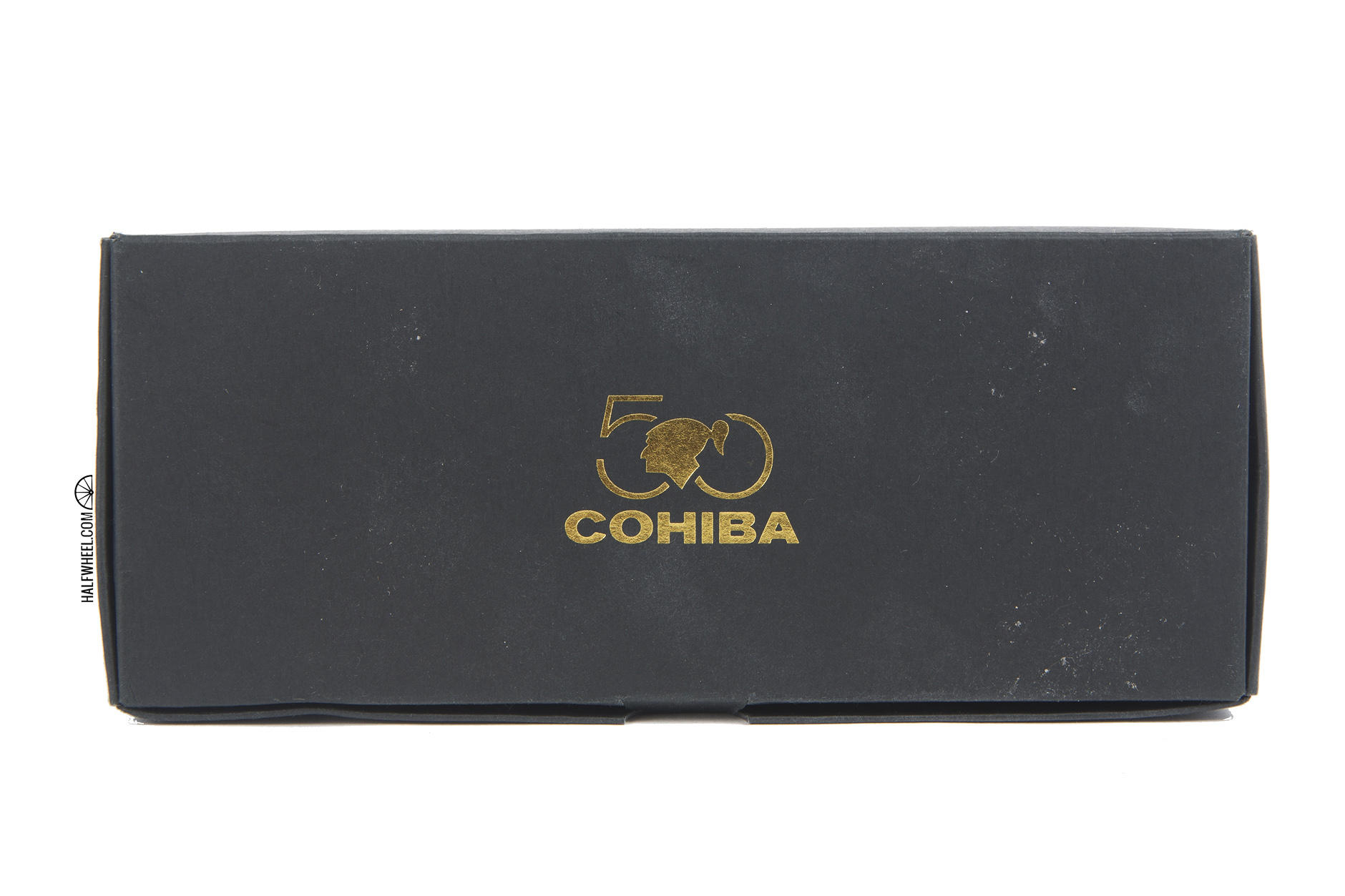 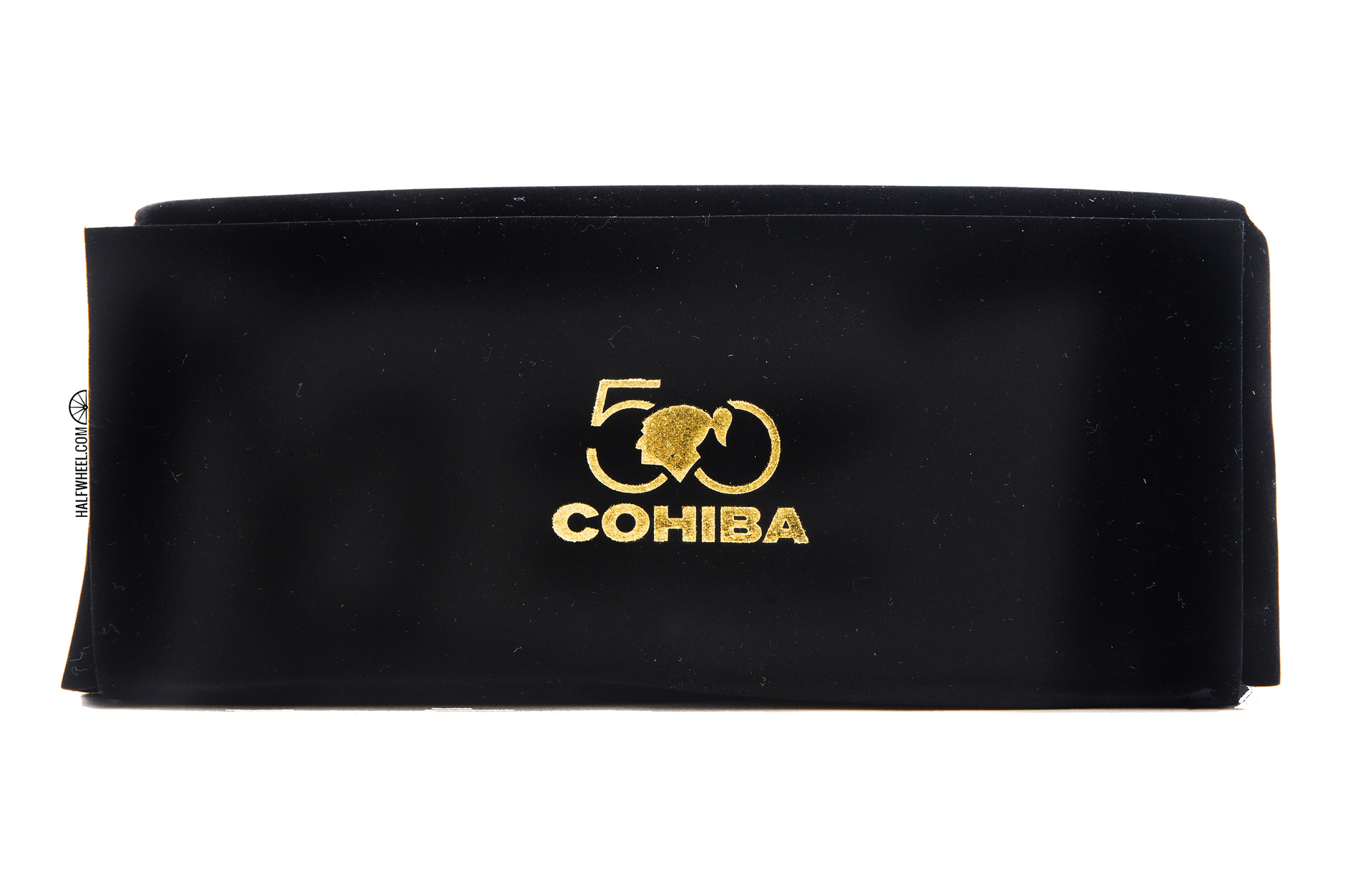 Unlike the 50 Aniversario, attendees of the gala dinner were actually given a chance to smoke the Majestuosos. The cigar shares at least part of its name with the Cohiba 1966, an Edición Limitada released in late 2011. That cigar measured 166mm (6 1/2 inches) x 52, whereas the Majestuosos is a totally new vitola that continues both Habanos S.A.’s and its Cohiba brand’s continued expansion into the larger ring gauge segment. It measures 150mm (5 9/10 inches) x 58. 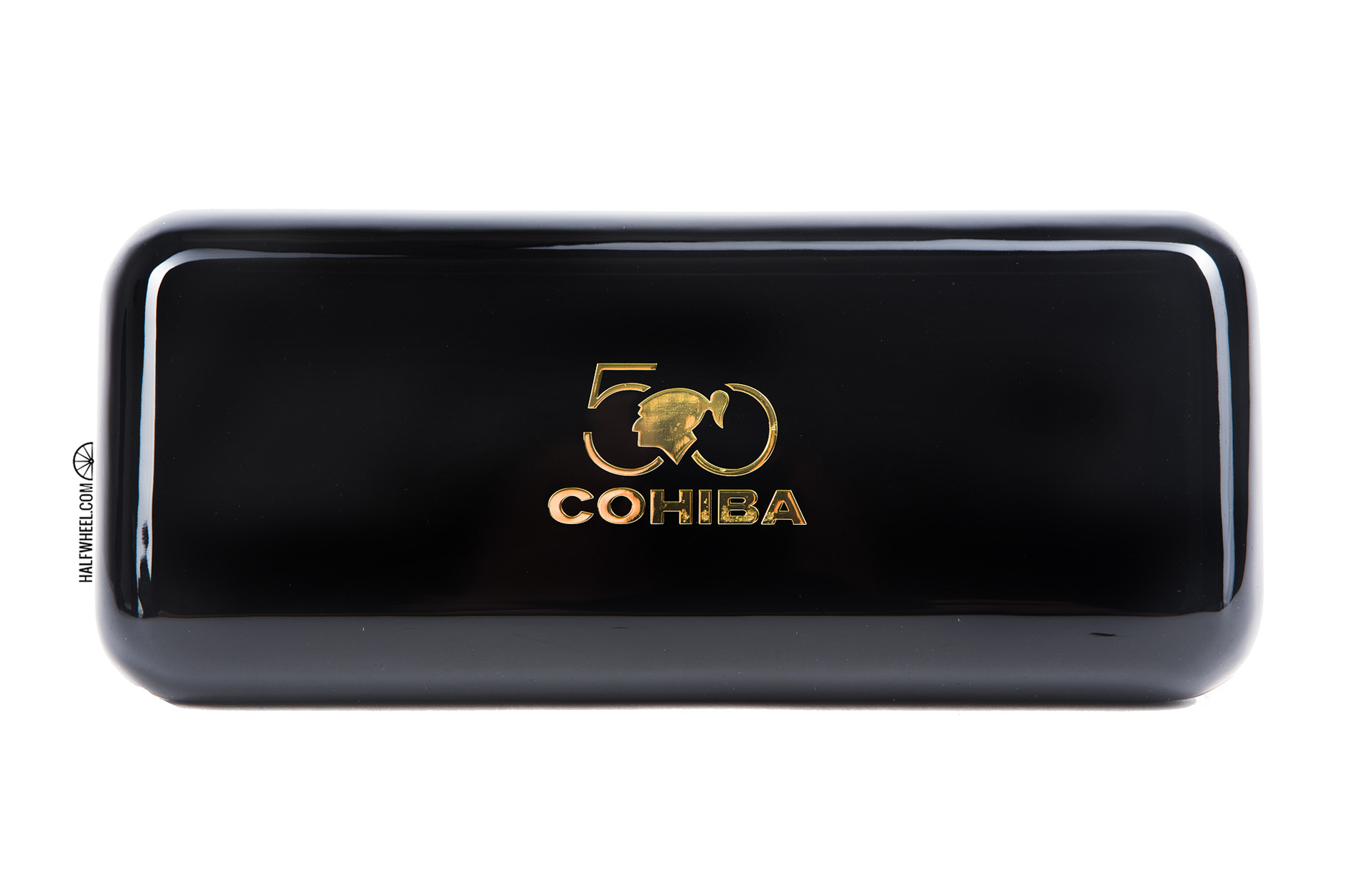 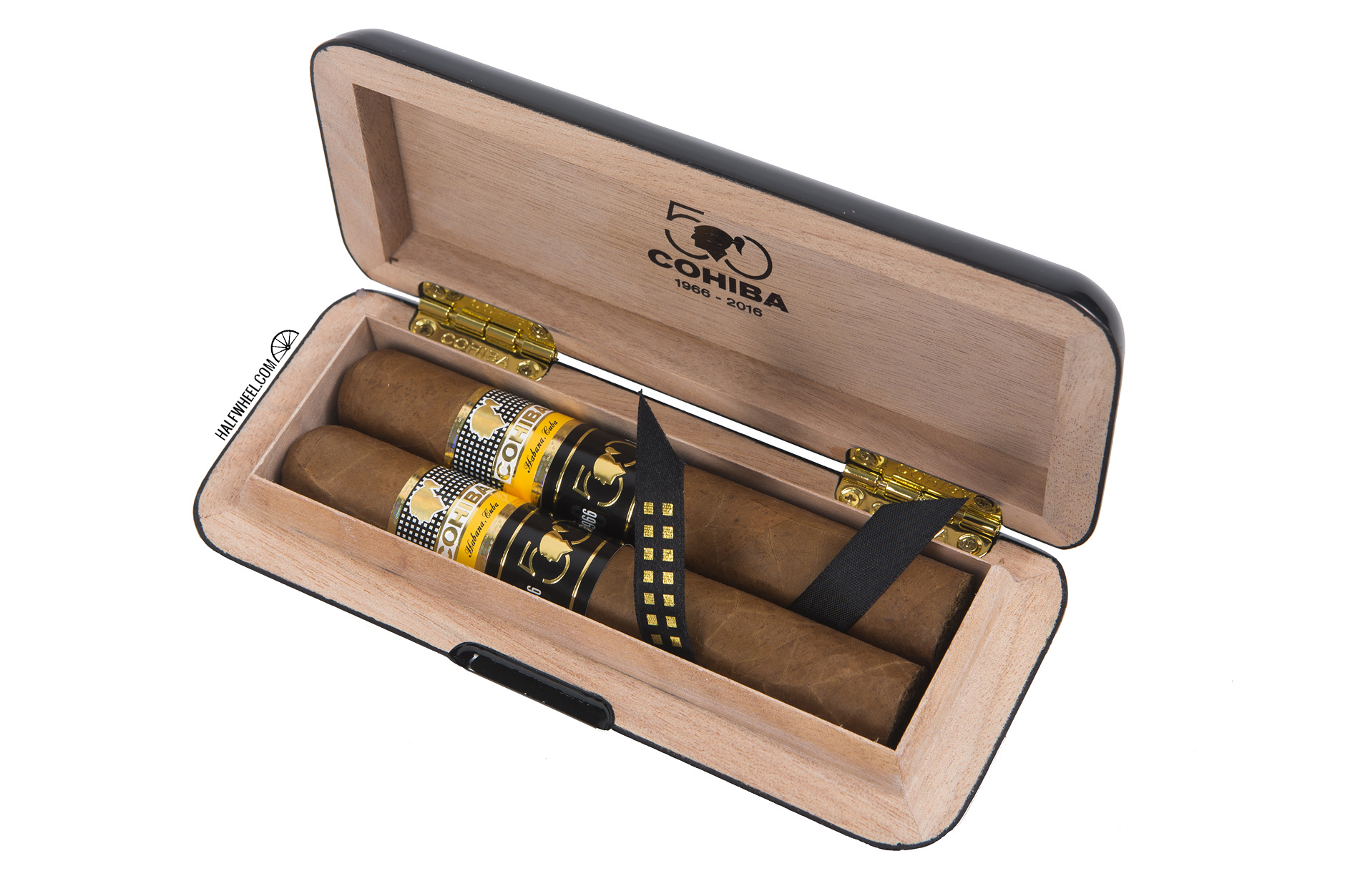 It carries the standard Cohiba main band along with a fairly large 50th anniversary secondary band. Production is limited to 1,966 humidors of 20 cigars. 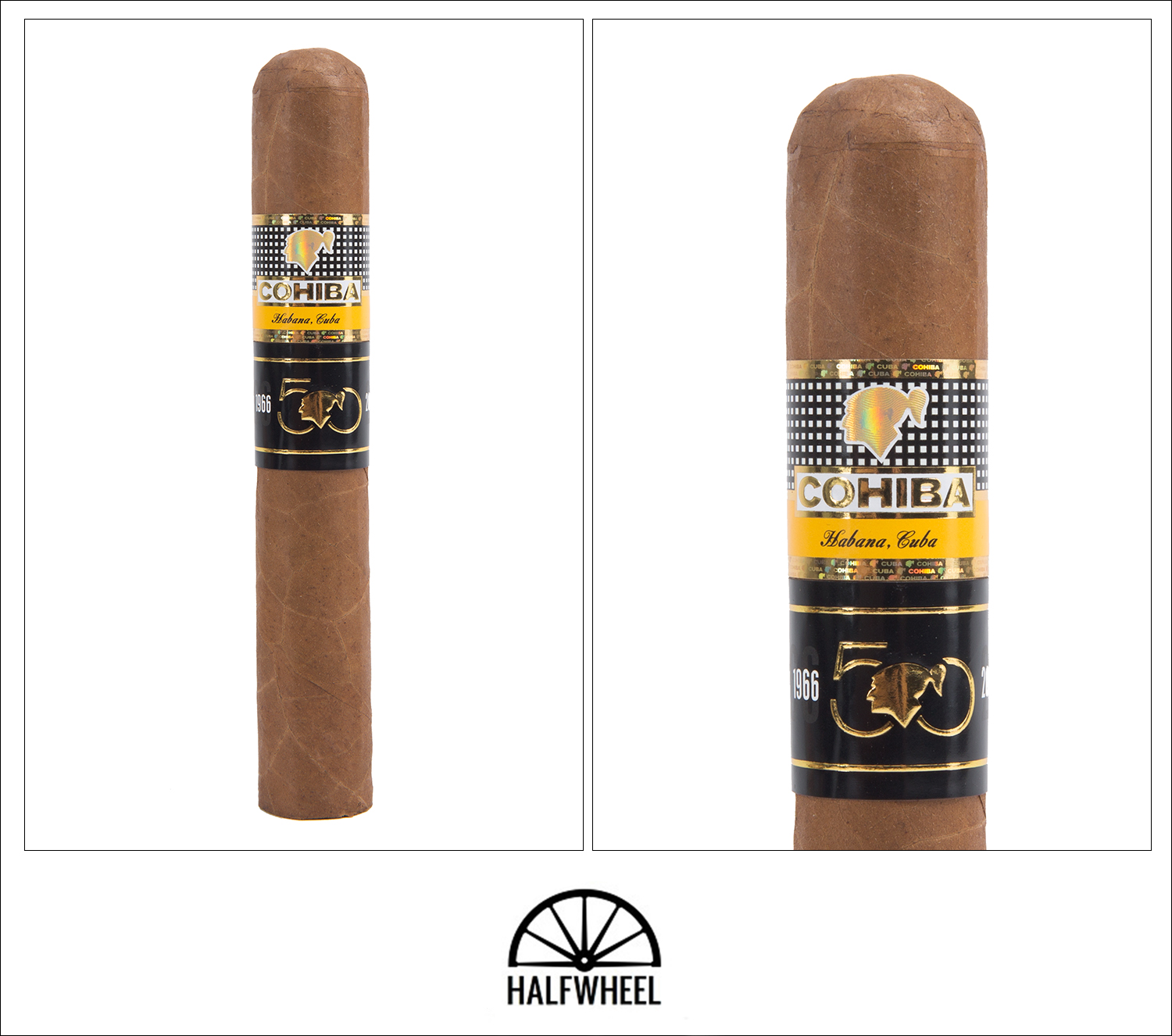 At nearly six inches the Majestuosos is not short, but the proliferation of gigantic cigar bands has most certainly made it to Cuba and a good portion of this fairly large cigar is covered by paper. The cigars are pretty with wrappers that definitely have a bit more caramel color than I normally find in the Cohiba Siglo series, though not as dark as many of the Edición Limitadas from Cohiba and other brands. As for the aroma, it’s sweet with a Hersey’s syrup-like chocolate overtop some barnyard and leather. The fit smells like a frozen adult beverage with pears, mango, pineapple and some faint booziness. I cannot say I’ve ever found that on a cigar before, but both samples of the Majestuosos fit this description to a tee. The cold draw is fruity, though not as spring break in Mexico as the foot. There’s some peach and mango, but also some dry raisin. I also manage to pick up a cherry liqueur flavor. The tightness on draws is quite distinct with one sample having a tight draw and the other having a much friendlier amount of resistance. 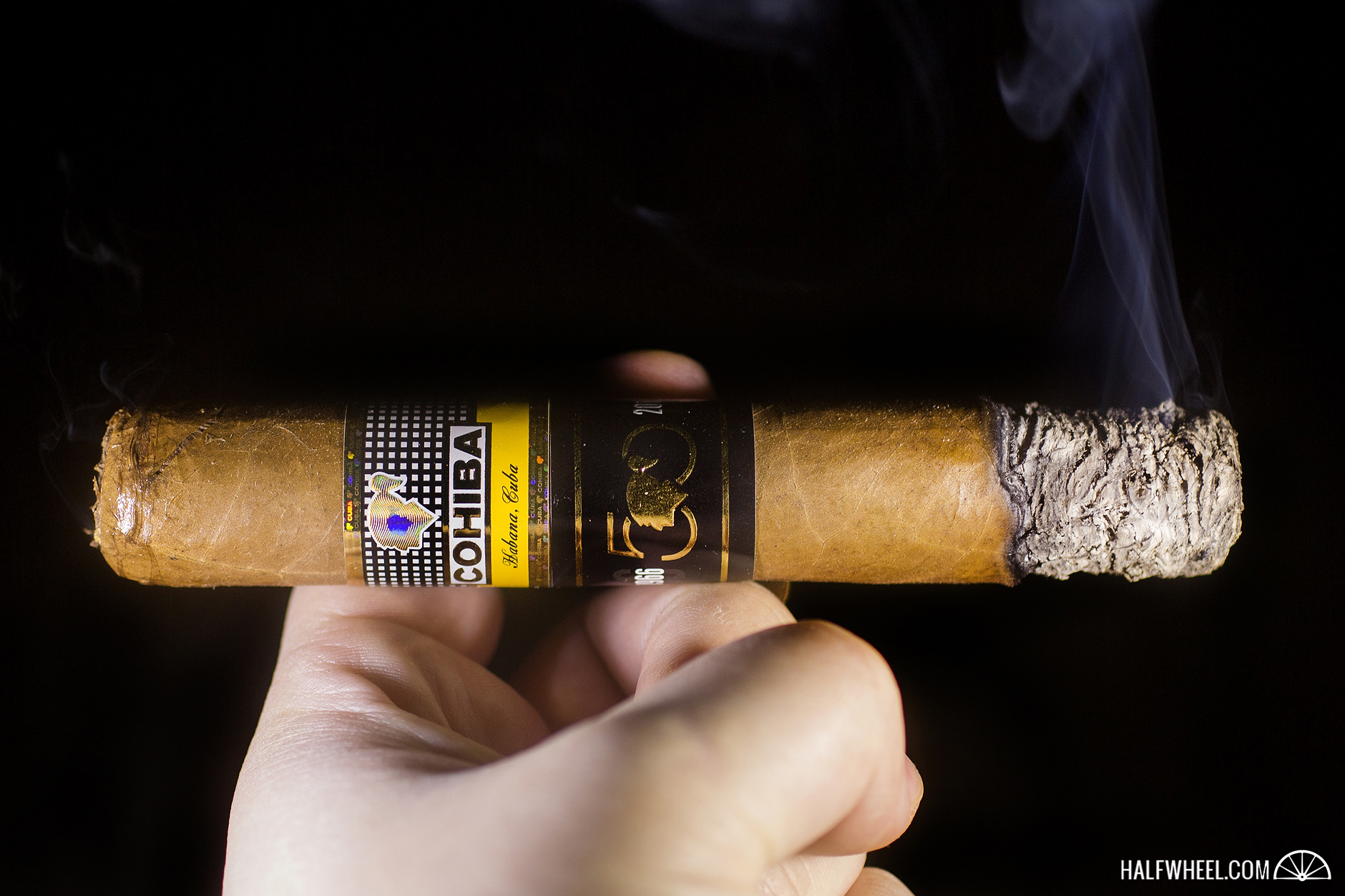 I should probably get it out of the way, I’m not a huge fan of the vitola itself. That being said, the Majestuosos starts off pleasant with some cedar, leather, creaminess and roasted flavors. The first sample is relatively sweet, but not particularly intense, while the second sample is similar, but adds some sweeter rum-like notes and graham crackers, which makes for a bit more advanced profile. As for the first third, there’s some creaminess, lemon, coffee bean and cedar. Through the nose, there’s a perfume-floral sensation and a lot of woody flavors. One sample has a harshness, while the other one features a more distinct paprika note; but the most noticeable difference between the two samples  isn’t the flavor, but rather, the draw. On one cigar, things were dramatically tighter, while the other had a much better experience. 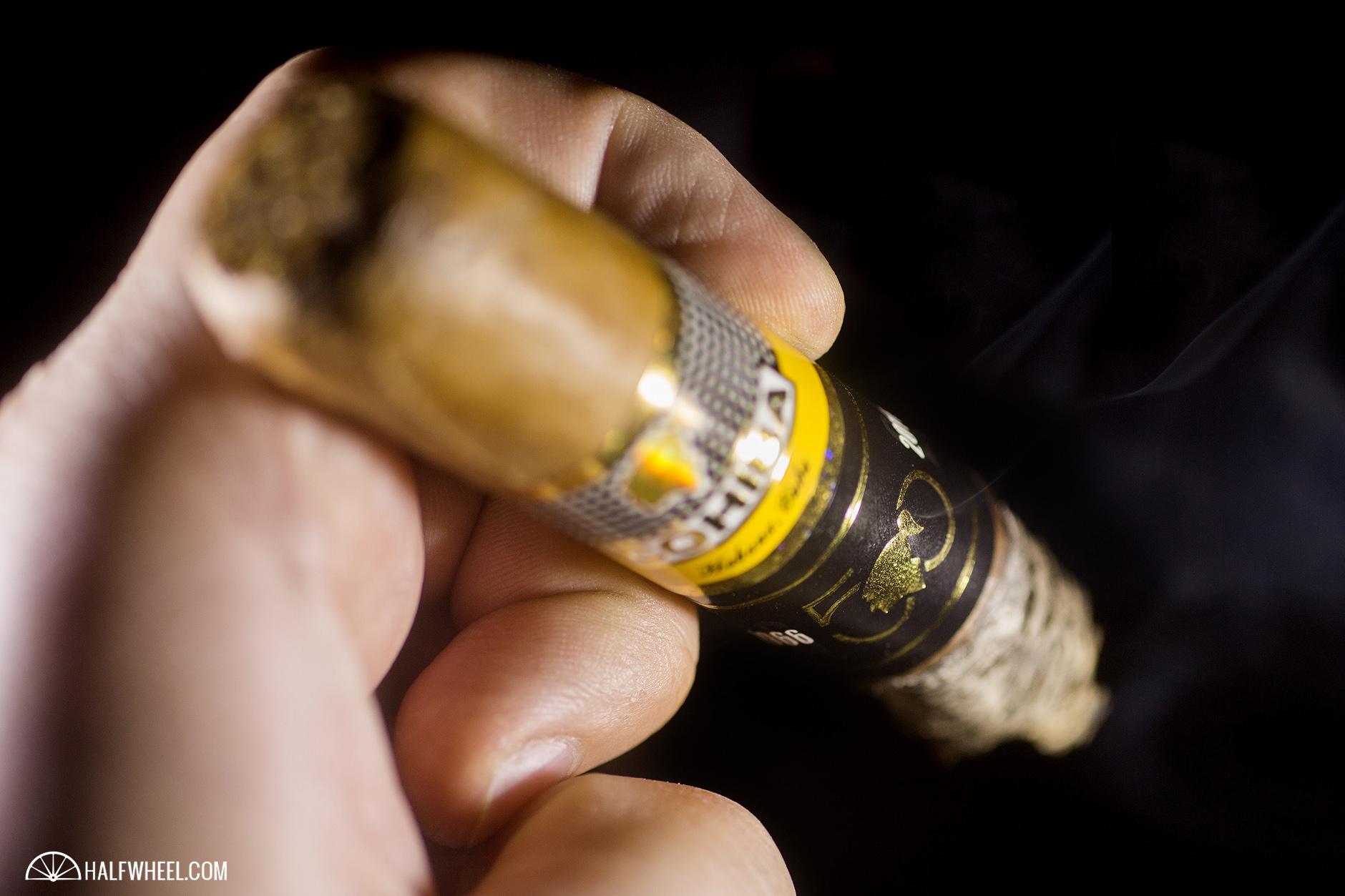 The coffee bean becomes much more prominent in the second third of the Cohiba Majestuosos 1966, now joined by some nuttiness and coffee underneath. There’s also a meaty sensation along with some lemon flavors that increase when retrohaling. They are joined by some herbal flavors, but it’s really all about the finish. A big espresso flavor and nutmeg battle to take control of the tongue for a good 30 seconds after the smoke leaves my mouth. While one sample sees the draw tighten a bit, the other remains great. The Cohiba has picked up in flavor from medium-full to full, while the strength has reduced a bit now medium from medium-plus earlier on. 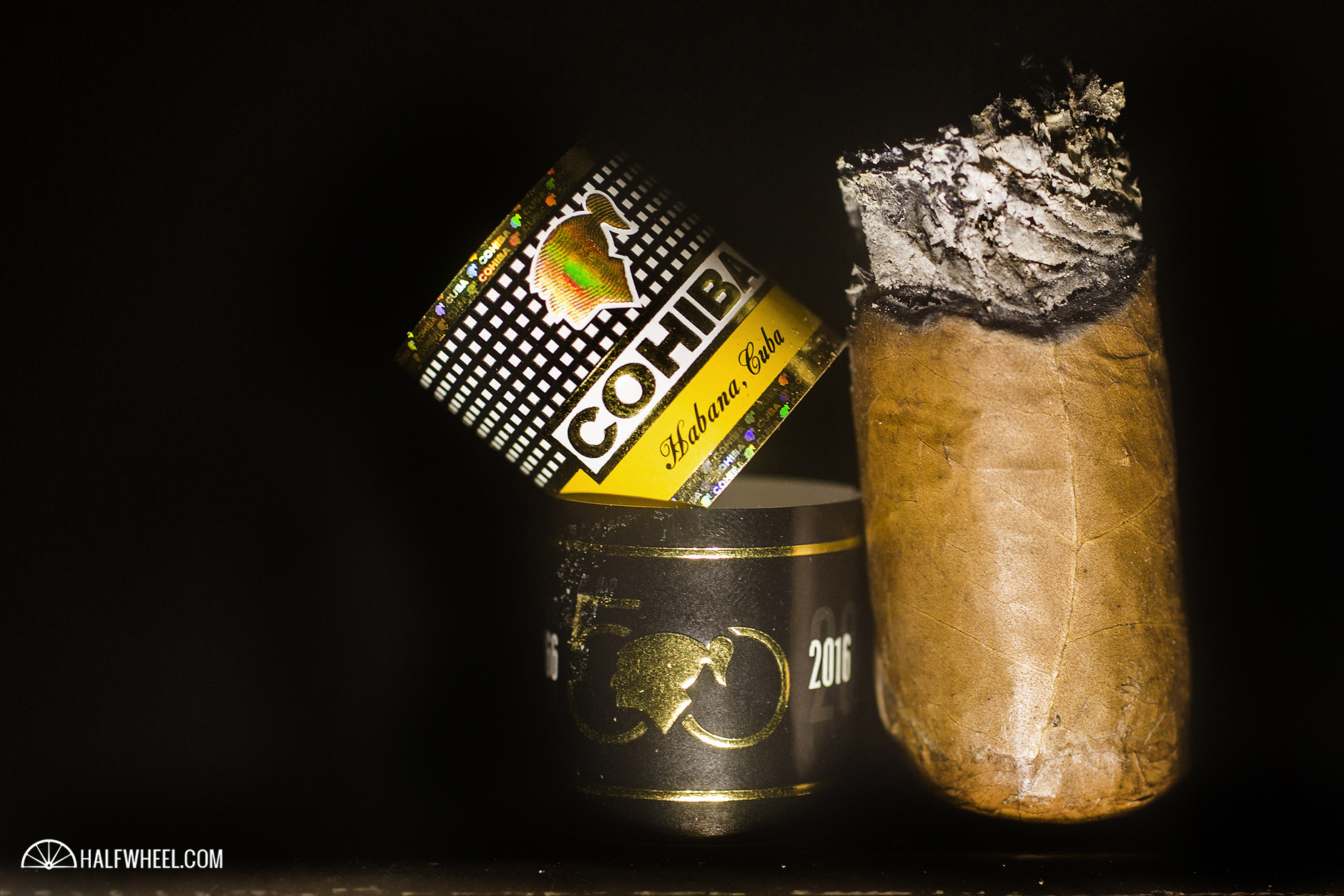 Both samples add some harshness in the final two inches. The paprika returns on one cigar, now surrounded by a profile that is much more grainy. There are some reprieves: creaminess, orange zest and nuttiness on the finish, but there’s no real sweetness, which doesn’t make things particularly appetizing. With less than an inch left, the Cohiba turns a bit earthier, but I’ve had enough of the harshness and decided to call it quits.

I really liked the original Cohiba 1966, but I’m not really sure that matters much for the sake of this review. My first experience with large ring gauge Cohibas was not promising, but the Majestuosos 1966 restored a bit of faith. Sure, I still would prefer Habanos S.A. avoid these gigantic sizes, but I enjoyed the Majestuosos. It’s a bit fresh, most certainly not the most nuanced Cohiba I’ve ever had, and I’m not sure it told a particularly sensible story as far as flavors, but it was smokeable and that’s unfortunately where the bar is at the moment for me and large ring gauge cigars from Habanos S.A.